Games Inbox: What is the best value video game? 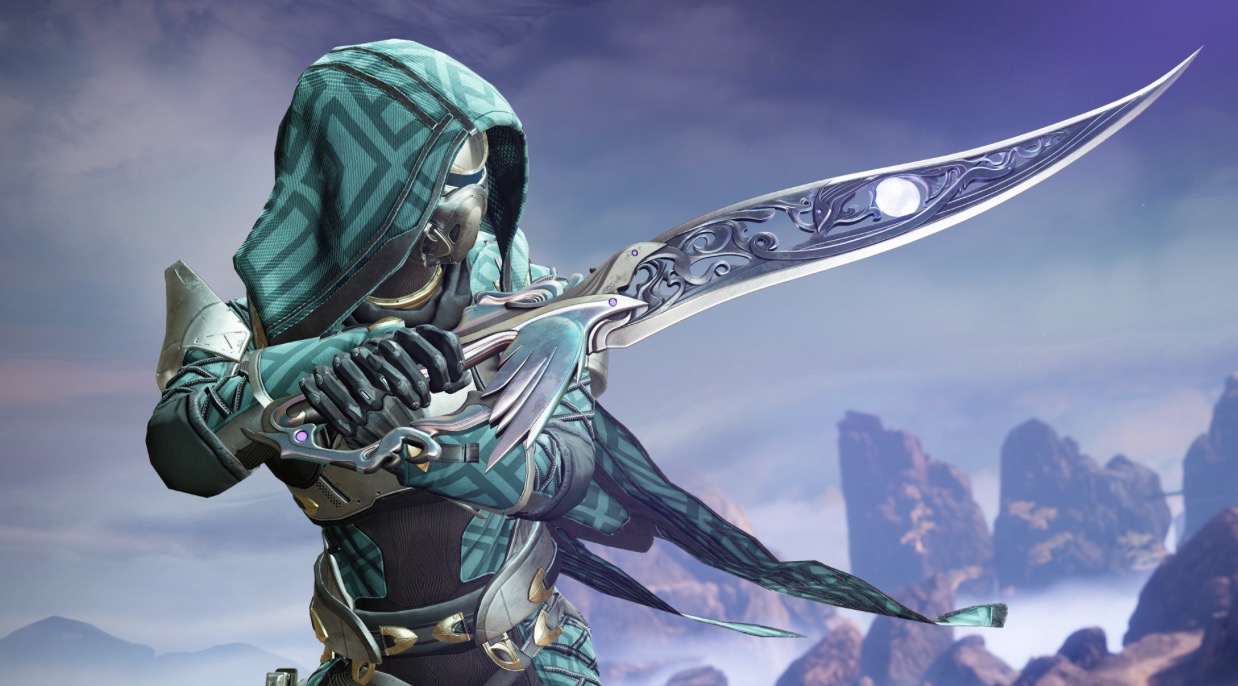 The Monday Inbox is split on whether Ratchet & Clank: Rift Apart is a disappointment, as one reader pits South Park against Peppa Pig.

Every penny
There’s been a lot of people complaining about £70 video games and similar lately and obviously I can’t blame them but in trying to turn it round it made me think about what was a game that was unequivocally good value. I think a lot of multiplayer games do very well in that regard, perhaps because they often rely on microtransactions to make more money. But as long as they’re cosmetic, and therefore not something I’d care about, I’m okay with that.

For myself I would say the best value has had to be Destiny 2. I’m still playing it almost as much now as when I first bought it and while I have spent extra money on it for expansions, they have been equally good value and I’ve never been disappointed by any of them.

I’d also argue that Call Of Duty is good value too, as while I don’t play it as much I’ve never paid a penny extra for any of them and they’ve always kept me entertained for dozens of hours each. Games are expensive but I think the good ones offer much better value for money than any other form of entertainment.
Temis

Boycott Bobby
So Bobby Kotick is taking a pay cut till Activision is sorted out? Big wow, he’s already earned £150 million this year. Let’s be honest, he could work for Activision for the rest of his working life without getting a penny for it and he would still be rich. And when everything is how Activision should be as an employer all they will do is make up his wages in an even bigger bonus then the last one he got.

And let’s be honest, he doesn’t do the work. It’s the workers below him that get paid peanuts or lose their jobs to try and save money. I’ll never have respect for them again, which is why this year I’ll not be buying Call Of Duty.
David

Cartman vs. Peppa
I just completed the two South Park role-playing games back to back and have to say I thoroughly enjoyed them. I thought both the gameplay and the authenticity towards the source material were both excellent. I’d say they give the Peppa Pig game you reviewed recently a run for its money on how close it looks like the actual programme.

The fart jokes did get a little tiresome by the end of the second one, but overall I thought the comedy was good, and I’m certainly not a hardcore fan of the series.

I’ve tried to find any announcements for a third game, but I can’t see anything online. Do you know how successful it was and how likely a sequel is?

Keep up the excellent work – my day always starts with a quick glance at your pages.
Petersmiler

GC: Thanks. There’s never been any talk of a third game, but rather than sales that may be due to the fact that Trey Parker and Matt Stone are always personally involved in the games and haven’t had time to work on a new one.

Scary review
I read dirtystopout’s letter about game reviewing with great interest. I’ve written a few game reviews over the last year or so on your site and on GameFAQs, purely as a creative outlet, and I’ve found it to be a challenging and rewarding experience that makes me more attentive and analytical when enjoying my favourite pastime.

I’d recommend that they, and other readers, should try it too. It’s amazing how quickly I took to it and improved in a short time, although I have the luxury of only playing games I’m already interested in and have some insight into, as well as the absence of deadlines, etc. Reviewing a multiplayer game or strategy game I have no knowledge of, under strict conditions, would be terrifying.
ANON

Platform alternative
RE: Best PS5 exclusive. I have faced the same dilemma since day one, pretty much, as I’m just never going to subject myself to Dark Souls and Returnal seems very much in same vein, in terms of frustration levels and hours you need to pump in to experience the game in its fullest.

However, I’ve ended up picking up number of older PlayStation 4 games with upgrades for PlayStation 5 -Control, Metro Exodus, etc.

I got suckered into the hype for Ratchet & Clank, as I wanted something to take advantage of PlayStation 5, and kinda regretted it to be honest. It’s very much more of same, albeit with a few twists on the formula. if you didn’t like the others, don’t bother.

GC: Returnal isn’t easy, but it’s not as hard as a Soulsborne.

No complaints
I recently borrowed Ratchet & Clank: Rift Apart from my stepson, after visiting him at a wedding in Wigan, and I must say it looks spectacular, plays brilliantly, loved it. Very short but because I didn’t buy it I’m fine with it.

But I’ve not heard anyone mention the godawful camera when you get trapped in a corner by enemies or when I chuck out my Gloves of Doom, my favourite weapon of all time – even better than a lightning Zweihänder.

I’m at the first stage of the final boss fight. I threw the little freaks out and they got in the camera’s way constantly. Still good though.
Zombiekicker

GC: We’ve never heard anyone bring up either of those issues.

Worthy homage
I must say that I have been pleasantly surprised, if not taken aback, by the 30th anniversary Street Fighter collection. The fan service is through the roof! It really does seem to be a labour of love on the part of the people tasked with bringing this compilation to the fans.

All the soundtracks, concept art, history of the franchise, character stats, and backgrounds provided make this a Street Fighter aficionado’s essential purchase. If you are a fan and sat on the fence or even have forgotten about this gem then get involved.

Been playing on my Switch, undocked, but I think it is better for the durability of my Joy-Cons, long term, to just use the Pro Controller. Bravo Capcom and Digital Eclipse, thank you!
D Dubya

Optional extras
Interesting to hear that GoldenEye 007 is no longer banned from sale in Germany for being ‘Media Harmful For Young Persons’, a process which is reviewed every 25 years – but this time has actively been requested by Nintendo themselves.

Some may think this news is insignificant, but Germany has always been quite a strong market for Nintendo and also, David Hasslehoff, for obvious reasons…

With the recent and somewhat polarising news of N64 games becoming available on the Nintendo Switch Online service, I figure Nintendo is doing what they can to soften the blow of what many consider an unreasonable price hike.
Bad Edit

GC: It’s not a price hike, it’s an optional extra.

Beware the cat
I was going to write in for the Hot Topic but felt my story didn’t quite qualify but wanted to tell it anyway.

I was a few years ago and I was laying on my bed playing a game, I can’t remember what it was but I was totally engrossed in it. My cat, in uncharacteristic fashion, silently snuck into the room and leapt up by my head with an ear splitting ‘meow!’ I must have leapt about 6 foot in the air. To this day, I am convinced she knew exactly what she was doing.
Paul

Vision of horror
This is a bit of an obscure one, in 1997 I played Titanic: Adventure Out of Time and remember to this day how freaky a visit to the Turkish Baths were.

The haunting soundtrack led to an eerie sense of dread as you explore the empty rooms, knowing one contains the corpse of a man who fell victim to a mishap involving an electric bath (poor Willi von Haderlitz).

A cuts cene shows a character have a psychic vision of the death; so as you navigate the corridors, you know what lies in the room ahead even though the person you play as does not…
NiallASD

Inbox also-rans
I had similar thoughts about Fallout 5 to the Reader’s Feature, both in terms of it seeming like it was years away and finding it weird that nobody has mentioned the fact that it’s going AWOL. Surely fans don’t consider Fallout 76 a fair replacement?
Colinator

I’ve had a lot of fun with Riders Republic via the free trial but I’ve got to agree the dialogue and those two main character are just unbearable. I refuse to believe any real person talks like that.
Baker

This week’s Hot Topic
Since it’s now November, and the Christmas rush is getting up to full speed, the question for this weekend’s Hot Topic is what 2021 game are you most looking forward to?

You can see the full release schedule here, but you can talk about any game released between October and the end of December this year. Why are you looking forward to it and what has shaped your opinion about the game?

How do you think the line-up compares to last year, as well as previous years when there wasn’t a pandemic? What game that was due out this year are you most upset has been delayed?