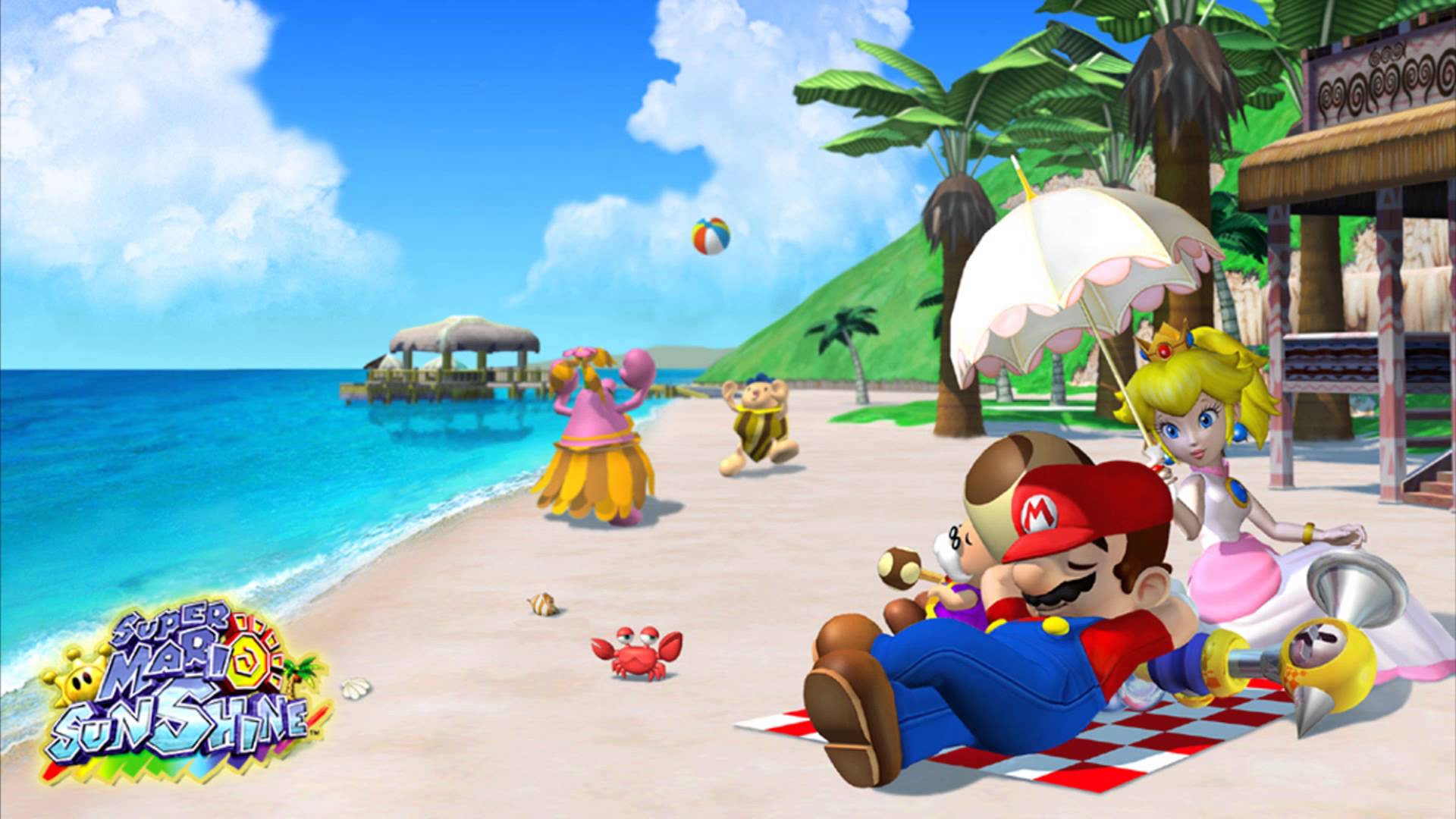 The Wednesday letters page wants to see a more comic accurate Wolverine from Insomniac, as another reader is upset about Halo Infinite.

Missed birthday
It’s no wonder most people missed it but Super Mario Sunshine turned 20 on Tuesday. Apart from making me feel old It made me think what is the legacy of the game? On the face of it there’s very little from it that has carried through to the other games, since most people think of it as a bad sequel to Super Mario 64 – and I agree with them.

The one thing most people like is the void levels though, where you don’t have the stupid jetpack, and I think they did influence a lot of what happened in Super Mario Galaxy and, particularly, Odyssey. The harder levels in Odyssey really reminded me of Sunshine and that means something good came of it at least.

Overall though? I’d say it was by far the worst 3D Mario game. In fact, it’s the only bad one, which is a good track record but still a shame.
Grook

The real Wolverine
I’ve seen a lot of fans arguing over who should be the voice of Wolverine in the new Insomniac game but what I’m most interested in is whether he’ll be based more on the comics or the movies. As cool as Hugh Jackman is in the role he’s basically nothing like the real Wolverine, who’s meant to be 5’3” and a lot more bestial and angry.

The movies sometimes reference the fact that he’s Canadian but as far as I know Jackman was never trying to do an accent, so whoever they do get for the game I hope he’s actually Canadian and keeps the accent.

The chances of getting a good actor for the role in the movies, who’s the right height and everything, is very low (although I believe Bob Hoskins was suggested at one point) but in games that’s not an issue and I hope they take advantage of that. There’s so much more that could be done in superhero games (like having capes that obey the law of cool, not physics) and they’re still only scratching the surface.
Crampton

Accidental inspiration
Thanks for a really great interview with Matthew Davis about one of the best games ever. It was especially interesting to read about him accidentally stumbling across one of Into the Breach’s key gameplay principles in the form of redirecting enemy attacks. And I’d have to think it takes guts and integrity to point out aspects you don’t like to the developer of one of any game, let alone one of your favourites.

I’m sad I haven’t been able to play FTL because of the platforms it’s limited to and I was pleased to see you brought that up right at the start. Maybe one day I’ll get a chance on a cheap tablet or laptop.

For now I’m looking forward to trying the free update of Into The Breach on Switch. It’s one of the most perfectly suited games I can think of for portable play and easily one of the best games on the system, first party or otherwise.
Panda

Hot work
In response to the feature about games to make you feel cooler how about the opposite? Make use of the hot weather to enhance any games that feature warmer areas. Occurred to me last night when playing Sniper Elite 3, which is based in Africa. Somewhere in the more sandy regions, I skipped the cut scenes so I don’t know the names of the locations but I’d imagine it was pretty warm.

Makes it easy to imagine trying to line up your shot with the sun beating down on you, your hands sweating and the flies buzzing round your ears. Some big ones around this year.

On a tangent, to make these sniper games more realistic, just imagine if the elements factored in. Too hot, the sweat and heat become a factor and you need to keep hydrated or your vision became blurred. Small things like this would boost smaller games like this well ahead of a higher resolution.
Bobwallett

Console controller
I’m about to own my first ever gaming PC and having looked at the games I want to play, it seems I would be best buying a controller rather than sticking with the mouse and keyboard for some of them. With all of your experience at GC Towers, I was hoping you would have a good recommendation?

I’m mostly interested in single-player games, with the odd multiplayer here and there. The Xbox Elite controller is much too expensive, but at the budget end I know the risk of buying any cheap third party peripheral. Although I have seen officially licensed products by a company called PowerA.

I think I’d be best off getting either the Xbox or PlayStation 5 controller. The PlayStation 5 adaptive triggers do look (and apparently feel) amazing, but I know not many games support the feature. Both have been very well reviewed, but which one (or any other) would GC and fellow readers recommend?

Thank you for any help and keep up the great work as always! Happy gaming everyone.
SJC

GC: Using a first party console controller is absolutely the way to go. Overall, we prefer the DualSense, although its features are seldom taken full advantage of on the PC. Haven’t you got a spare from a current or previous console you can use though?

Pv343
RE: Fungus. I too am in disbelief how long Halo Infinite co-op is taking. Perhaps it is my ignorance in what they’re trying to achieve but from memory, co-op is just the same as the single-player, but with two people. They might have some difficulty scaling (i.e. more enemies) but surely it’s not that hard to add more in?

I really enjoy Infinite and think the PvP is awesome fun, but I don’t really think that co-op campaign is going to suck me back into the campaign after all this time, unless fundamental new things are added to it.

What I’d much rather have is the re-introduction of the PvP tier system so you get higher ranks for playing more. We had this back in Halo 3 and now we have a battle pass, which is OK but once you get to rank 100 (which doesn’t take too long) it doesn’t feel particularly rewarding to keep playing until the next season, other than new modes.

Also, they need to be less stingy on the cosmetic rewards in the battle pass. There are so many garbage tier unlocks whilst most of the cool stuff is in the store. I appreciate this is the way the industry works but if you’re going to have a battle pass then the contents in it need to be compelling to play for.
Tom

A new challenger
I’d kind of forgotten about the whole EA vs. FIFA battle until now, but crazy to think that FIFA 23 will be the last one. I’m sure there’ll be a FIFA 24 that isn’t by EA but I have absolutely no faith in that, considering FIFA has no experience making games and it will have to be made in a hurry.

Maybe eFootball will find itself no longer the worst football game on the market? That would be quite the turnaround.
Cristo

Sounds authentic
Top of the morning, fellow GCers. I hope you’ve relished/endured the weather and are still gaming in the evenings when the major heat has somewhat subsided.

Teenage Mutant Ninja Turtles: Shedder’s Revenge is everything I’d hoped it’d be and more. The game plays slicker than a drum of oil spilt on black ice, the 16-bit era inspired 2D pixel art is resplendently drawn and animated, arcade mode is a great way to test your mettle, and the combat design had surprising amounts of nuance and variety for a scrolling beat ’em-up and is just generally executed with aplomb.

Playing as and witnessing April bust heads with such righteous journalistic vigour made me smile too. The titular heroes and friends’ move-set references to 90s fighters such as Street Fighter and King Of Fighters, were also a lovely touch.

I would be remiss not to mention the soundtrack, which is just… mmwwhaa. The music in this game is just so energetic, so eclectic, so nostalgic and beautifully put together. I can’t believe the developer even managed to commission none other than the lyrically formidable Wu-Tang Clan (or just two members) to make a track, and I love how bespoke and 90s it sounds.

Seriously, if this isn’t at the very least nominated for best soundtrack of the year, alongside other outstanding soundtracks from Elden Ring and Cuphead DLC, I’ll be a little deflated.

Overall, I had such a blast with Shredder’s Revenge and the game is certainly one of the highlights of a pretty lull year for me so far. If I had to mention any quibbles it would be that the game was a little too easy on the default difficulty on story mode, and that there were essentially too many Foot soldier palette swaps (just the art assets, their moves were at least consistently varied and engaging) when the devs could’ve dug deeper and used some more of the distinctive enemy designs from the source material’s rich history.

Other than that, Tribute Games knocked it out of the park. I give the game 27 pineapple & pepperoni pizza slices out of 30. I’ll just leave this majestically spirited 80s inspired track to make love to your ears!
Galvanized Gamer

Inbox also-rans
RE: Tony—1975 (PSN ID) and a hot PlayStation 5. I don’t have a PlayStation 5 but my PlayStation 4 got overheated recently and wouldn’t come back on. I left it overnight and tried it the next morning before the temperature got too hot and it’s fine now.
LastYearsModel

It’s not quite the same thing but I love how a day after a reader asks for news on Doom 3 we get a new FPS from John Romero. Inbox magic isn’t always perfectly accurate but it is powerful!
Franky

This week’s Hot Topic
The subject for this weekend’s Inbox was suggested by reader Tolly, who asks what’s the longest games session you’ve ever had.

Put simply, what’s the longest you’ve ever played a game without any substantial break? Did you purposefully set out to play for that long and if so, what preparations did you make for it?

Have you ever sat down to play and been surprised by just how long you’ve been there once you finished? Did you consider this a good thing and generally speaking what’s your preferred length of time for a gaming session?