Fortnite: Where To Find The Most Apples For The #FreeFortnite Cup

The #FreeFortnite Cup is taking the battle royale game by storm, offering plenty of amazing prizes to those who can find and eat the most apples in-game. If you want to know where you can fill your basket up, check out these spots to find the most of those delicious Fortnite apples.

In a not so subtle reference to the current legal spat Epic and Apple are currently involved in, the #FreeFortnite Cup has launched with tons of prizes up for grabs. All you have to do to win one of the various gaming prizes, such as consoles and PCs, is to find and eat the most apples. That can be the most eaten in a single game, or the most over the entire length #FreeFortnite Cup event. With so much at stake, these once basically useless apples are becoming much more difficult to get your hands on.

Where To Find Apples In Fortnite

There are five main spots on the map in Fortnite where apples show up. Starting up North in section D1, run up North from Homely Hills to a wooded area. Depending on the flight path, you should be relatively safe to gather these apples in peace. 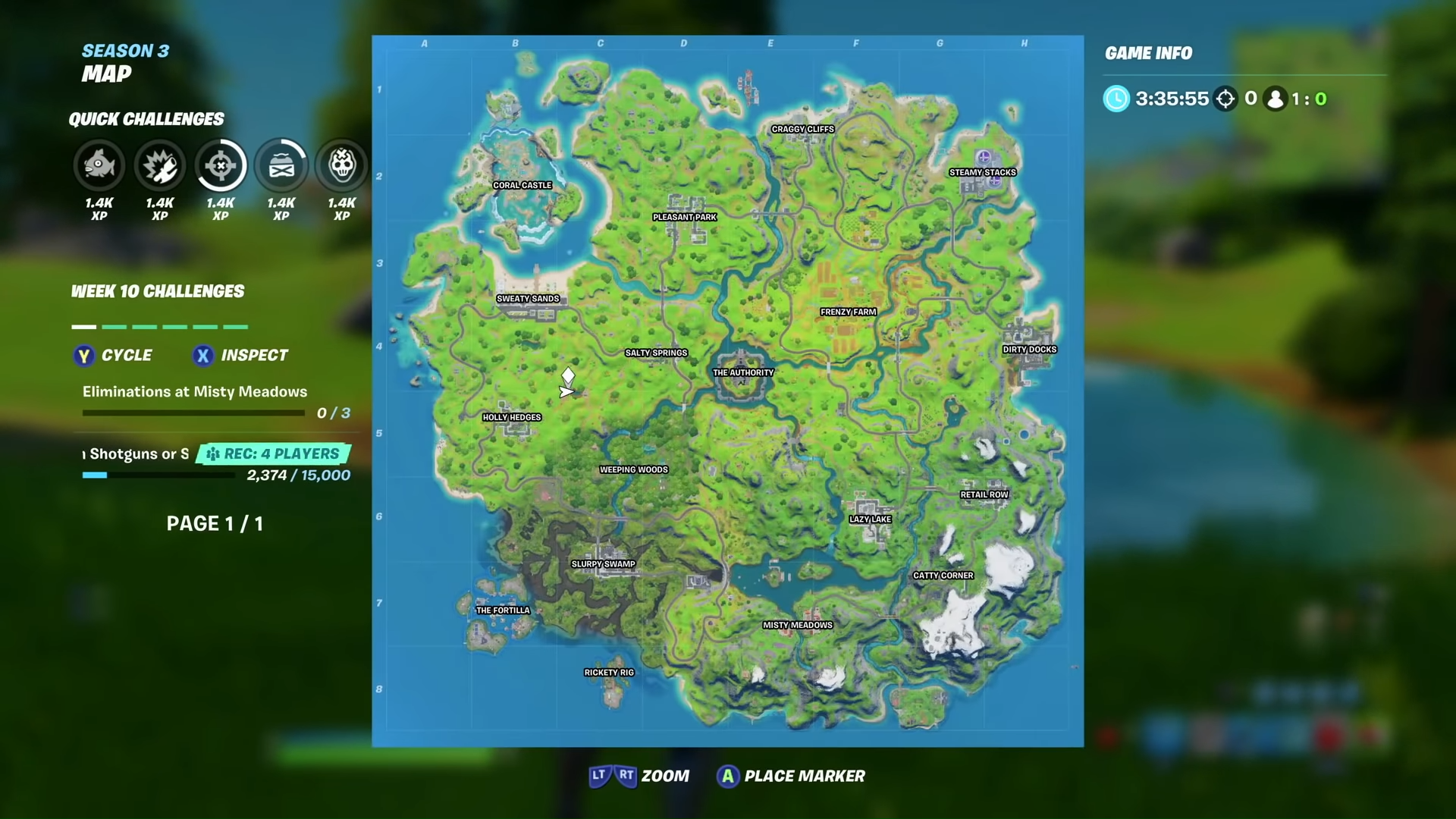 Section G2, to the Southwest of Steamy Stacks, is another spot to collect these red fruit. It is rather close to that named location, though, so it may be a bit hot, especially if others know about the delicious orbs of fruit nearby.

On the more Western side of the map, C4 is booming with apples. Go West of Flopper Pond, kind of in the middle of nowhere between Holly Hedges, Salty Springs, and Sweaty Sands.

And in zone E5 is another good place to get your apple fix. Head straight South from The Authority, East of Weeping Woods, to pick up some easy treats. 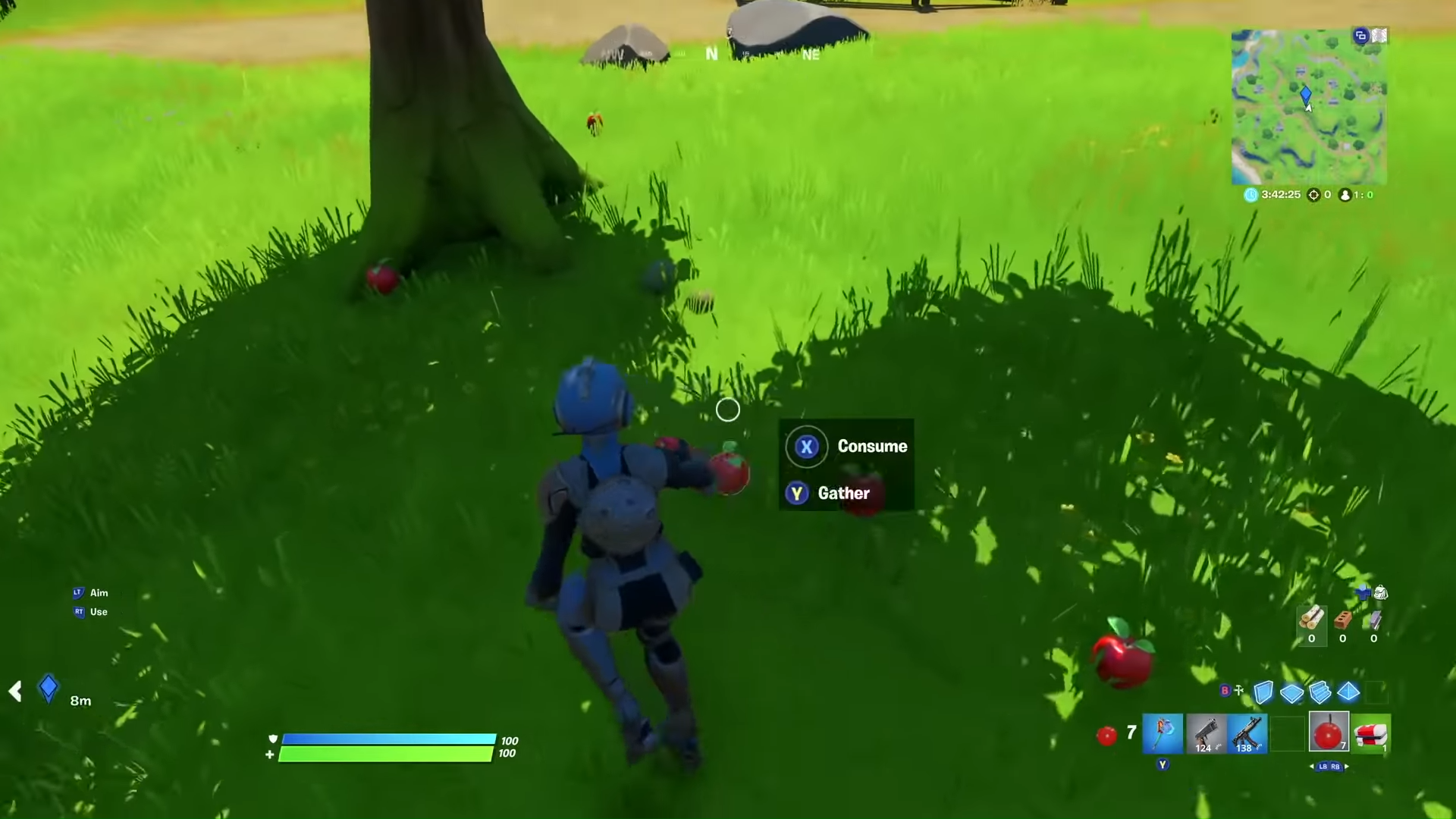 There is one place on the map not mentioned, yet that is by far the best place to stock up on apples. That place, naturally, is The Orchard. However, being the place with the highest concentration of apples makes it a very risky play to try and scoop up a ton of apples when so many other players will be thinking the same thing.

If you’re confident in your ability to take out anyone else trying the same tactic, or sneak around and gather them up without getting taken out, it could be worth a try. If not, it may be safer to hit up one of the other, less popular apple spawn locations to have a better chance of getting at least a few.

It is also very important to remember that you need to actually consume the apple for it to count towards your progress in the #FreeFortnite Cup. You can either consume an apple right off the ground, which takes half a second and heals for just 5 HP, or gather it to eat later. If your health is full, you won’t be able to consume them, adding another wrinkle to the situation. 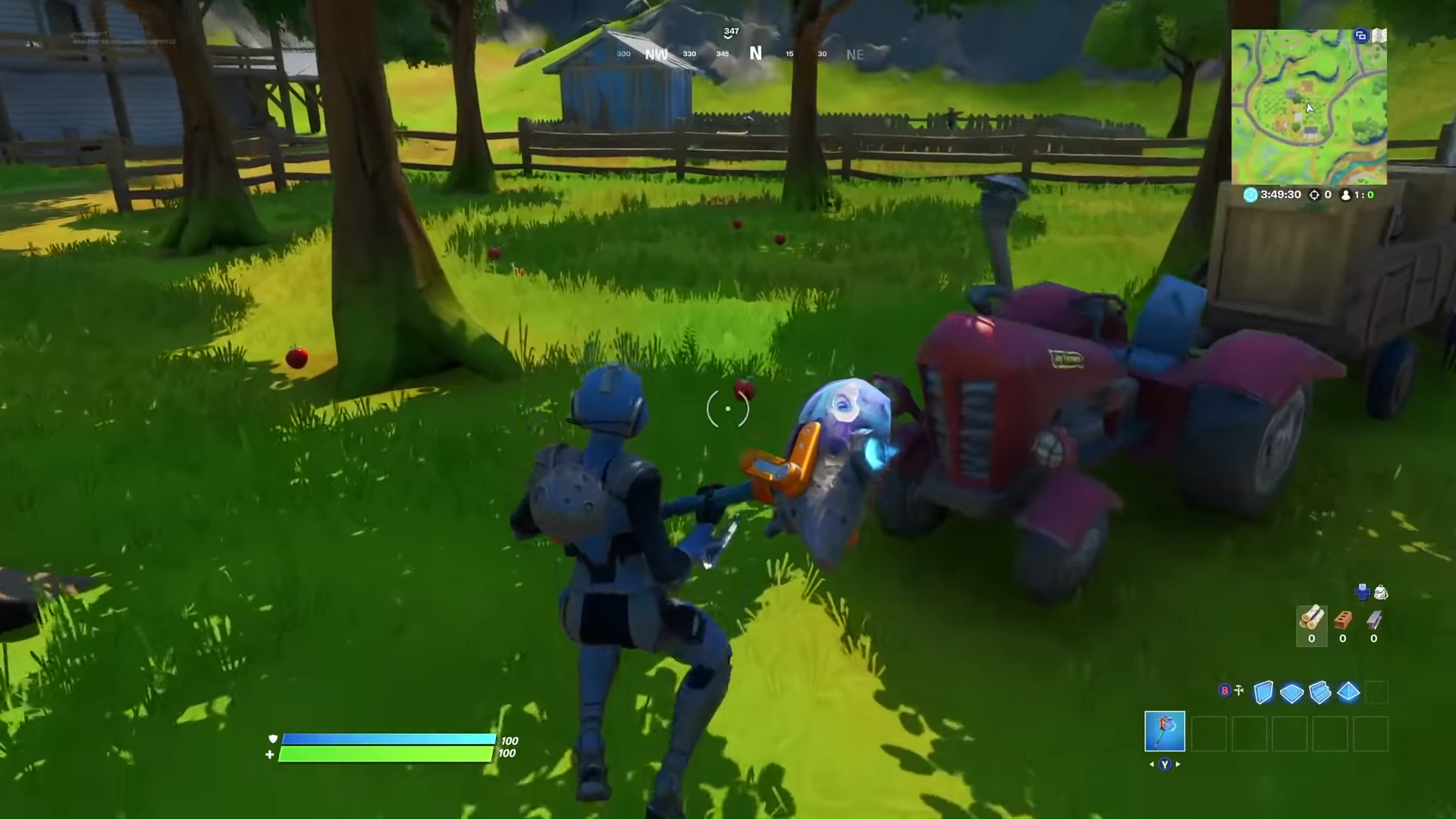 The best tactic would be to gather up as many as you can, or consume them if you’re hurt and are not in any present danger, and then retreat somewhere way out of the way. Build a basic structure where you can climb up just high enough to jump off and take some fall damage, stuff your face with apples, and repeat until you run out. Because they take so little time to eat, you may be able to grab up a full inventory, use this trick to eat them right away, then run back to the spawn to grab up some more before other teams have picked the area clean.