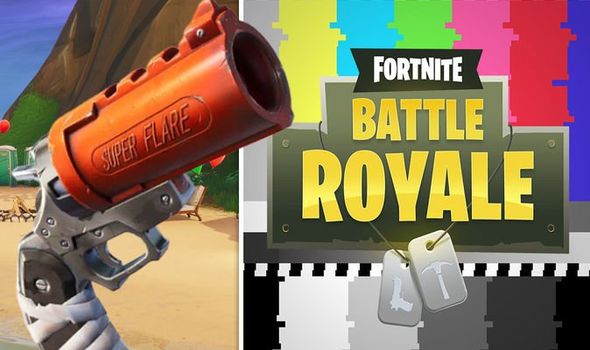 Like most major updates, the new patch will be accompanied by offline server downtime on all platforms.

Server maintenance will begin at 7am BST in the UK, and should last for around two hours.

With the servers offline, fans will be able to download update 13.20, which is expected to make major changes to the game.

As the tweet suggests, Epic Games is gearing up to add the Flare Gun to Fortnite as part of the new update.

According to the early patch notes, fans can also expect a wide range of bug fixes and quality of life improvements for Season 3.

There’s also a very good chance the water on the island will begin to recede, as Epic Games makes changes to the map.

Map changes were promised at the start of the season, along with new modes of transportation.

“As time goes on and water recedes, even more locations will be uncovered,” Epic reveals. “And as the roadways become more open, you’ll discover new ways to get around.”

The accompanying image suggests cars will be added to Fortnite in a future update, perhaps as early as version 13.20.

New locations are a little harder to predict, but the belief is that brand new points of interest will be joined by returning favourites.

As for the update 13.20 patch notes, Epic has promised to fix problems with emotes, outfits and supply drops.

Check out the update 13.20 patch notes below…

• Missing styles for the Specialist Pickaxe and Arroyo Pack Back Bling.

– Some players may be missing styles for the Specialist Pickaxe and Arroyo Pack Back Bling.

– After players use the Rage Emote, the Emote’s fire effect may remain on or near them.

– On occasion, Emote music can be heard while at the Main Stage in Party Royale.

– We’re investigating an issue where some players may see Sandstorm missing her hair when equipping the ‘No Mask No Cowl’ style.

• Fall damage from Ziplines when landing in shallow water.

– After dropping from a Zipline, players may take fall damage when landing in shallow water.

– Epic and Legendary SMGs that drop are sometimes are not able to be Sidegraded.

– Storm Surge can be contributed to by damaging Marauders.

• Chug Splash does not heal when thrown inside of a bush.

– We’re aware of an issue that is preventing players from gaining the healing effect of Chug Splashes when using them inside of a bush.

• Supply Drops may sometimes push loot under the map.

– Supply Drops, especially when found in vaults, may sometimes push loot inaccessibly under the map floor when opened.