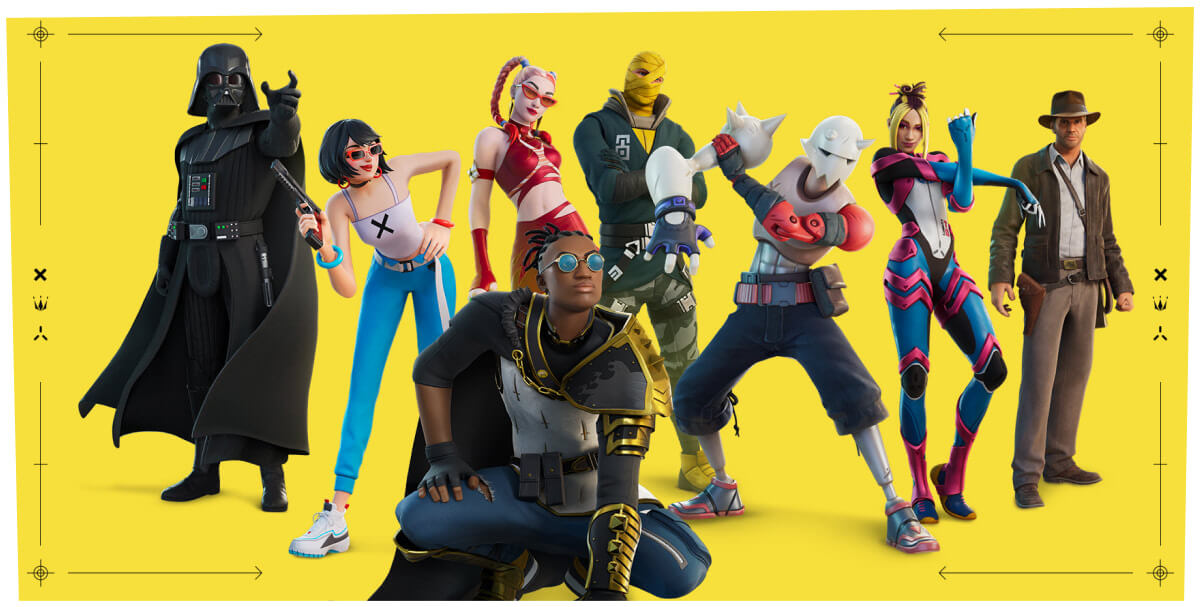 Skateboards, roller blades, and a Luke Skywalker cameo are the latest major leaks for Fortnite.

Have you ever felt like Fortnite isn’t extreme enough? As in the kind of 90s era extreme where they were too cool to spell it with the first ‘e’? You’ll be pleased to know that Epic Games is adding skateboards and roller skates to the battle royale.

Like practically all other Fortnite news, this doesn’t come via an official announcement and was instead leaked via social media by dataminers.

We don’t have a date as to when they’ll arrive, but it sounds like they’ll be classed as another type of vehicle and the plan is to have them out during the current season.

It would make sense since the season is subtitled Vibin’ and is all about enjoying a vibrant, energetic party (not sure why Darth Vader’s here, though – except for the obvious).

From the sound of it, riding skateboards and roller blades will work similarly to the sliding mechanic that was introduced in the first season of the third chapter. As in, you’ll go faster downhill but slower uphill.

The leak comes from HYPEX, a regular Fortnite dataminer who has become one of the go-to sources for Fortnite leaks. They also shared promo art and an emoticon depicting women with either a skateboard or roller blades.

Another leaker called InTheShade on Twitter had some gameplay of the feature in action… sort of. It’s obviously unfinished since the character isn’t even wearing roller blades as they skate around without any extra animations.

His inclusion will obviously tie-in with the recent update that brought Darth Vader to the Fortnite island. Aside from being an unlockable skin in the battle pass, you can now find and fight him somewhere on the map, with his lightsaber being your reward if you win.

Epic added a new green lightsaber for a “Luke” NPC that we don’t have yet. (thanks to @zatheo_ for letting me know) pic.twitter.com/imrxULjfar