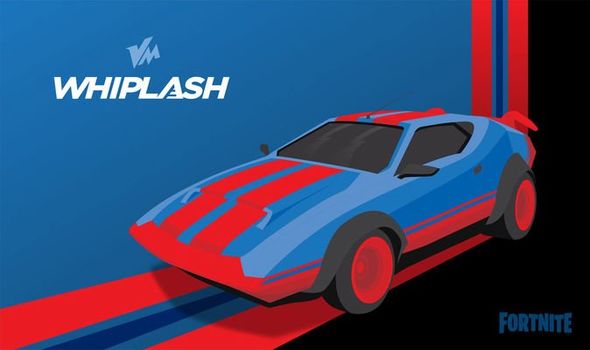 Epic Games has confirmed great news for fans wanting to start racing cars around the Fortnite map in August. The Fortnite cars update is launching very soon following several announcements and a big delay last month. Having teased the new feature as part of its Season 3 launch, Epic Games was forced to push back the release, due to unconfirmed technical problems. However, this looks to have been resolved and Fortnite gamers will be getting a big update this week.

WHEN ARE CARS COMING TO FORTNITE?

The big Fortnite Cars Update has a release date set for Wednesday, August 5, 2020, across all platforms.

This means that everyone will be getting the Fortnite Joy Ride Update at the same time on PS4, Xbox One, PC, Mobile and Nintendo Switch.

No set time has been confirmed yet for this new patch to arrive but we have a pretty good idea when it might happen.

Based on previous releases, the Fortnite Cars update time could be set for around 9am BST on August 5.

For gamers in the United States, this would mean the update process beginning at around 4am ET on the same day.

This would fit in with Epic Games’ usual downtime schedule, with maintenance usually lasting at least an hour.

After this period, a new update will be available to download and this will provide access to the new Fortnite Cars feature.

Data miner reports suggest that cars will be able to gather metal in a similar way to how BRUTEs could.

Players will also be able to do Tire Skids and Brake Skids, and will only have a max speed of 28-45, and will have around 500 Health.

Gas Pumps and Fuel Stations will need to be visited if you hope to keep buzzing around the map in your new ride, but you may also be able to use jerry cans too.

One of the more obvious features is that cars in Fortnite can explode and could be used as a useful demolition tool against other players.

Fortnite cars will be able to cause 800 damage to structures, making them extremely effective if you can jump out and detonate your ride.

Cars will also do 200 damage to a player at close-range, but it’s unclear just how effective this will prove when speed is put into the mix.

One important fact to note about these latest leaks is that they come from the current game files.

And that means Epic Games could have made a couple of tweaks before launching cars onto the Fortnite map.

So while we have a pretty good idea on how they will function, these final stats could still change before release day.

The good news is that Epic Games will probably offer some guidance on how vehicles will work via new patch notes.

The dev team hasn’t had the best track record on providing patch notes in 2020 but there would be a very good reason to offer them this week.