Reboot Rally is a Fortnite event that usually takes place right at the start of a new season. Since Chapter 3 Season 4 has just begun, the event has returned. It's only accessible for some players, however.

You can earn points by completing quests, which will get you and your friends some time-exclusive rewards! In this guide, we'll go over everything there is to know, explaining who's eligible to participate in this event and all of its quests and rewards. 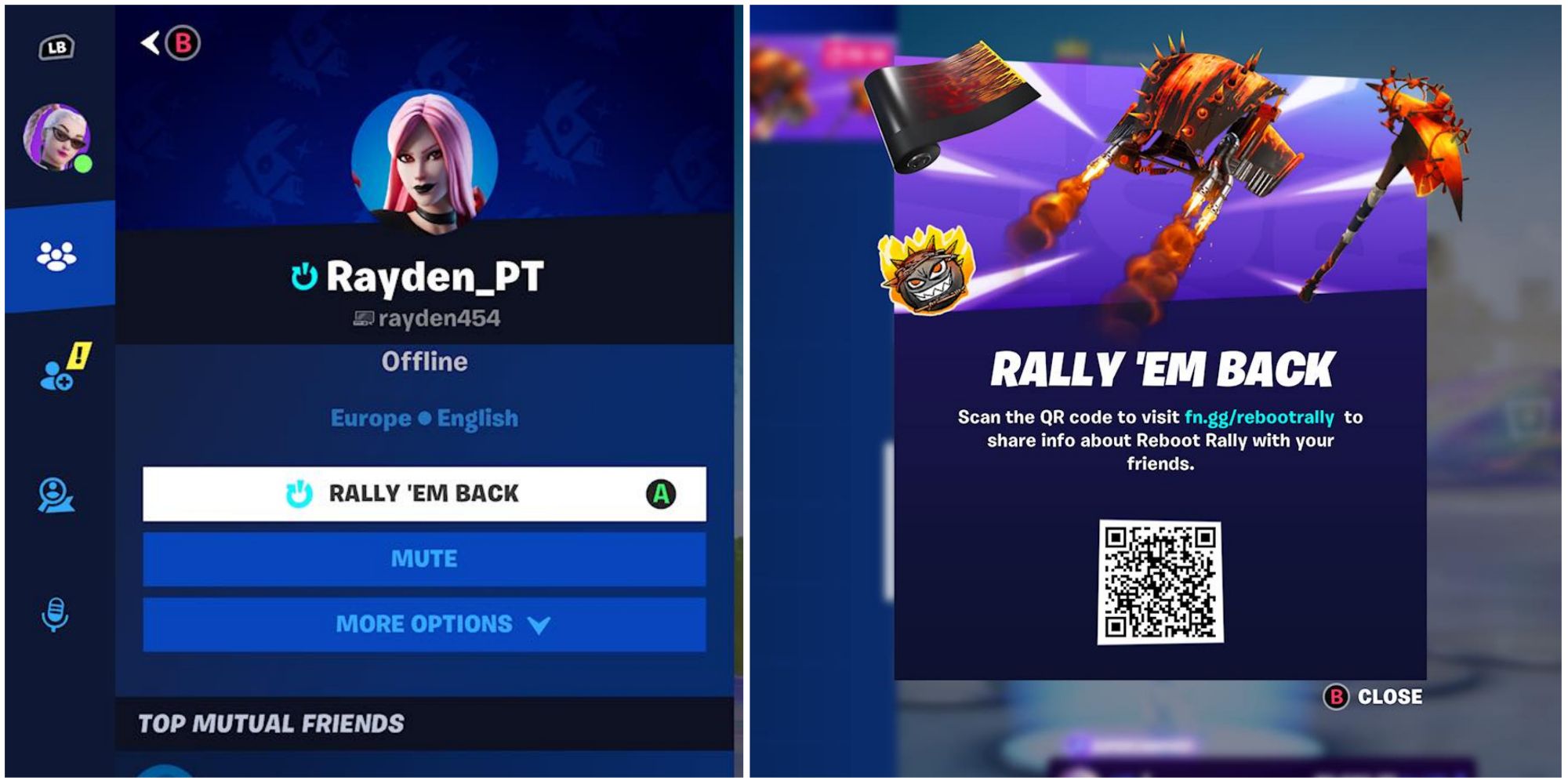 To be considered a returning/new player, you must've played less than two hours in the 30 days prior to the start of the event. This is what makes a player eligible to play the event. If you're active, you need to team up with an inactive person.

The event will be live until October 3 at 9 AM ET. You have until then to complete as many quests as you can and earn all available rewards.

Reboot Rally's rewards can be earned as you get more points by completing quests. You can receive up to four rewards depending on how many points you gather until the end of the event.

To play through these quests, you'll have to invite your friends back. You can rally your friends back by opening your friends list and clicking on the users that have the Reboot icon next to them. When you open their profile, the "rally 'em back" option will be available. This will show you the QR with the webpage containing all the information about the event. Then, simply get them back in-game and join their party to start earning rewards.