Forspoken Thinks Its Worst Feature Is Its Best Feature

There are good and bad parts to Forspoken. It takes a while to get all of your spells, and you’ll have to fight a lot of repetitive enemies to get there, but once you do there’s fun to be had clearing out areas. Likewise, the game’s fluid traversal system makes movement fast and interesting, giving the land itself far more texture. The problem is that Forspoken doesn’t know what it has.

Forspoken’s writing and dialogue has easily received the most flack ahead of launch. On the one hand, some of this criticism is overblown. On the other, the worst parts of Forspoken really do stink. I’ve played ten hours of it, and while I think the clips on Twitter run the gamut of the game’s quality, underneath it all the dialogue is Forspoken’s weakest aspect. Though Frey herself grows into the game, the rest of the cast remain extremely irritating.

In most games, that’s not the end of the world. I know Forspoken is somehow public enemy number one right now, but let’s be honest – some of the games we love have terrible dialogue too. This problem is only exasperated when we go further into our back catalogue to find beloved classics we won’t hear a word against. You like shorts? Because they’re comfy and easy to wear? Okay dude. That Forspoken was written by some big names like Amy Hennig and Gary Whitta perhaps increases the pressure, but if we threw out games with bad dialogue we’d never play another game again. 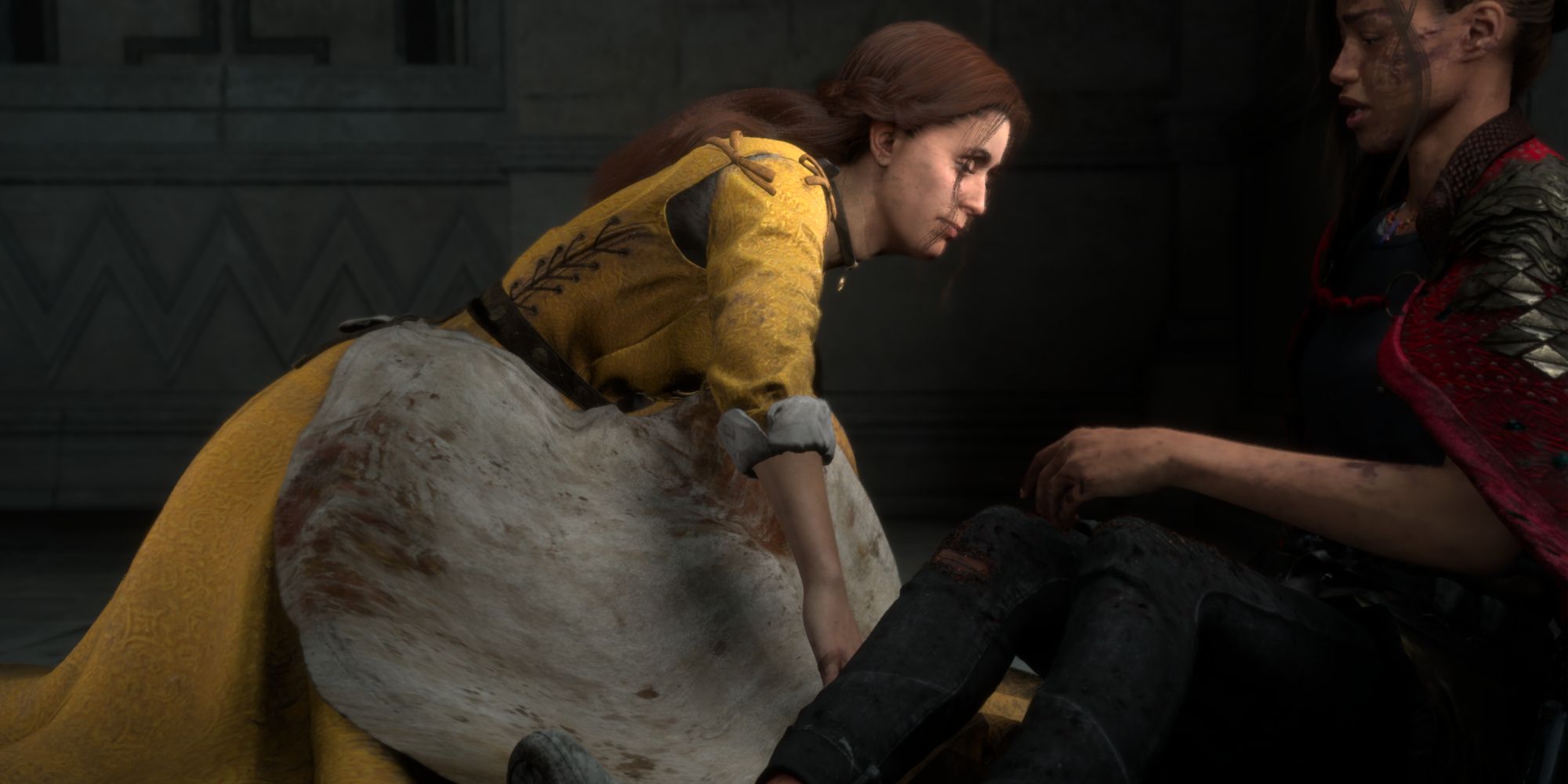 However, there’s still a major problem. Forspoken does not think its selling point is the deep speed casting system nor the rapid traversal. It thinks it’s the writing. For the first ten hours at least (and at this point, I have to assume it continues), your escapades are constantly interrupted. I don’t just mean by conversations happening while you play as Cuff and Frey banter back and forth, but through a constant array of cutscenes that stop you from actually playing the game in favour of throwing terrible writing and exposition at you. I wanted to get into the flow of Forspoken and play it like Spider-Man, flinging myself everywhere. But every two minutes an NPC would want to set up a zinger only for tumbleweeds to roll on by.

You’re forever being dragged back to or trapped in the city too, and for unexplained reasons the fast-flowing traversal does not work here, so you’re left having to walk around slowly feeding sheep or wandering after a cat that runs too fast to be walked after and too slow to be jogged after. Despite having mastered two major elements of an open world game – moving and fighting – Forspoken forces you to revisit its worst urges in between any instance of enjoying these two things. It’s indulgent in its love of its own writing and mindless in its structure. It can’t even get the brain-off sensation right, because you are hauled back into the story or the saga of a side character every 20 minutes. 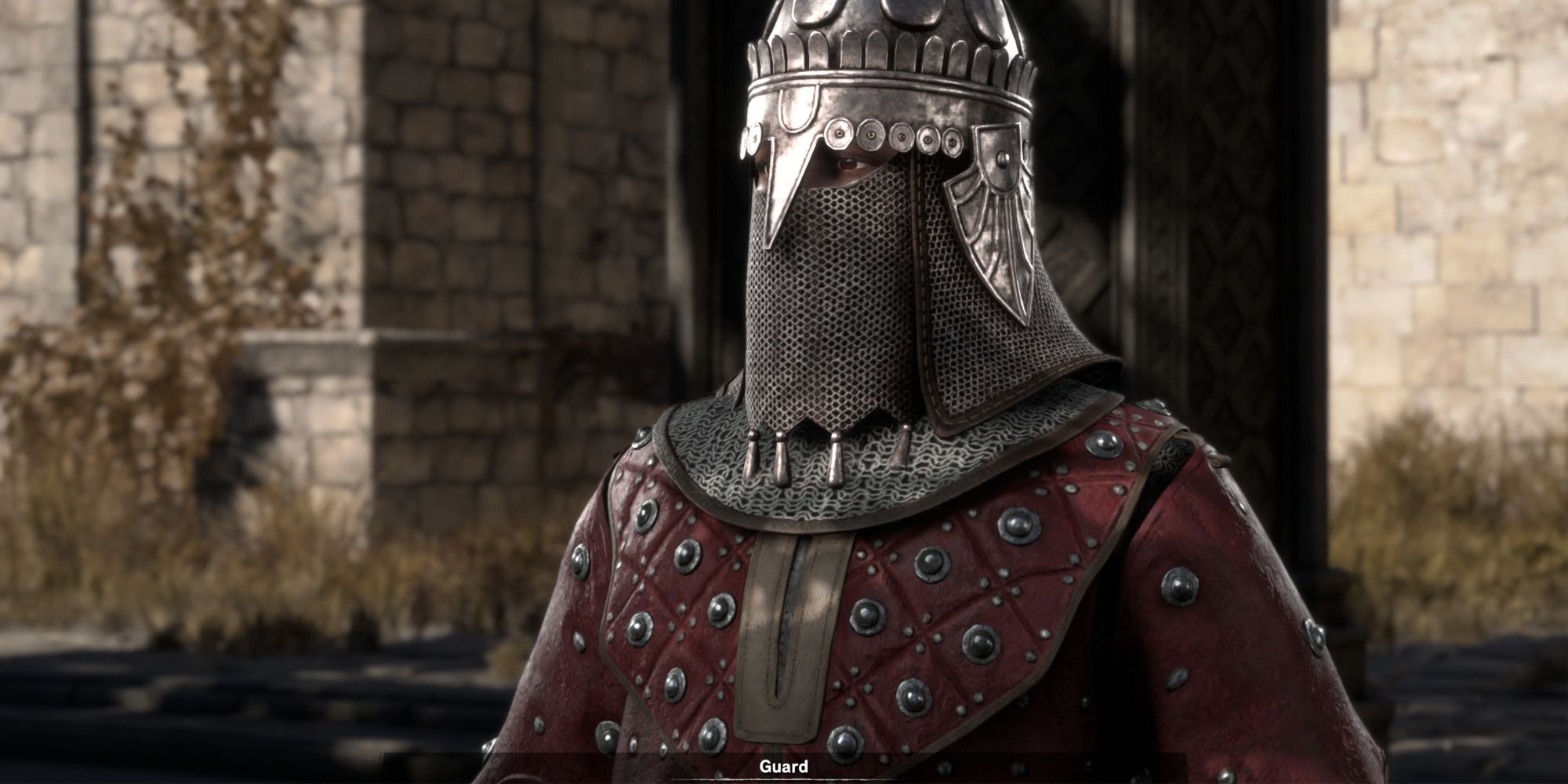 Forspoken is not a well written game. The overarching story thuds but far worse is the screechingly irritating dialogue. But a game being poorly written is not a death knell, especially if the gameplay works. ‘Great gameplay, bad writing’ was basically my review of Fire Emblem Engage, and I loved that game. But Engage knew when to shut up and let me play. Forspoken just can’t stop talking.