Dave Bautista really loves Gears of War. He’s already been added to Gears 5 as a playable character, but with news of Netflix revving up the adaptation engine, the animal has stepped into the ring once again to prove he is the perfect man to portray Marcus Fenix.

He totally is. They’re both beefy boys, have gruff voices, and look excellent in doo-rags. Just try and picture Bautista crouched behind a chest high wall for 97 minutes shouting out some iconic catchphrases and the movie basically makes itself. Just give it to him already.

The most adorable part of all this is that Bautista was seemingly prepared with a Marcus Fenix cosplay to don the second this announcement was made, effectively auditioning for the role in front of his millions of followers. People took notice from all over the industry, but I love the idea that he’s had this costume forever and has been waiting for a moment to strike.

Knowing this, maybe there are other cosplays of his favourite characters hidden away just waiting to be unleashed. Bautista is clearly a gamer, but he’s also a huge fashionista. So, here are five characters I hope the actor/wrestler/beefcake also dresses up as in his spare time.

5 – King of the Cosmos (Katamari Damacy) 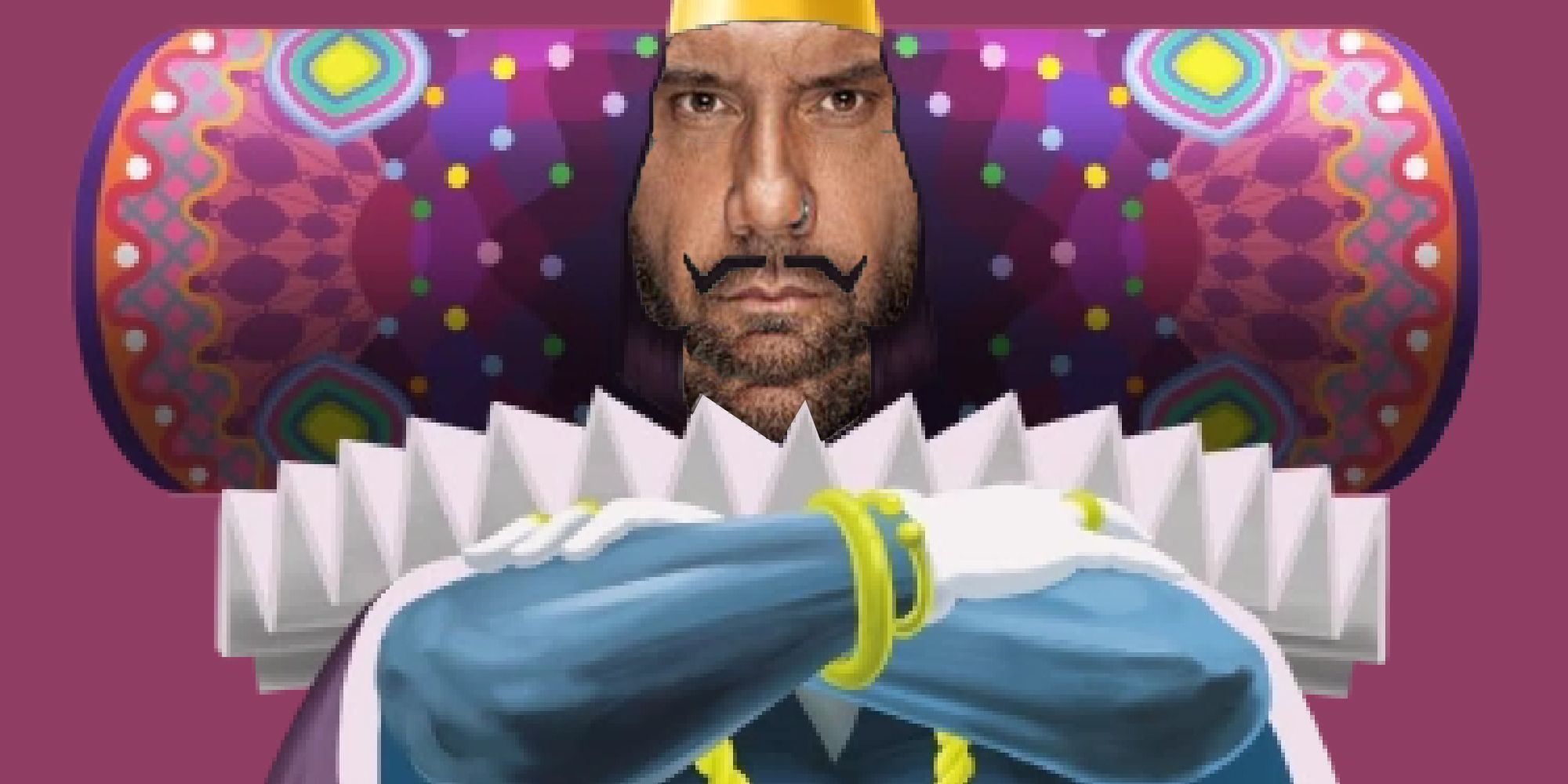 Bautista might be quite a daunting individual, but he’s also a softie up for a laugh, making him a perfect fit for King of the Cosmos. A strange man who speaks in riddles and exists in the sky, dishing out orders to peons as they colonise the planets below. He’d need to wear some pretty obscene clothes and maybe adopt a fancy accent to pull it off, but I believe. 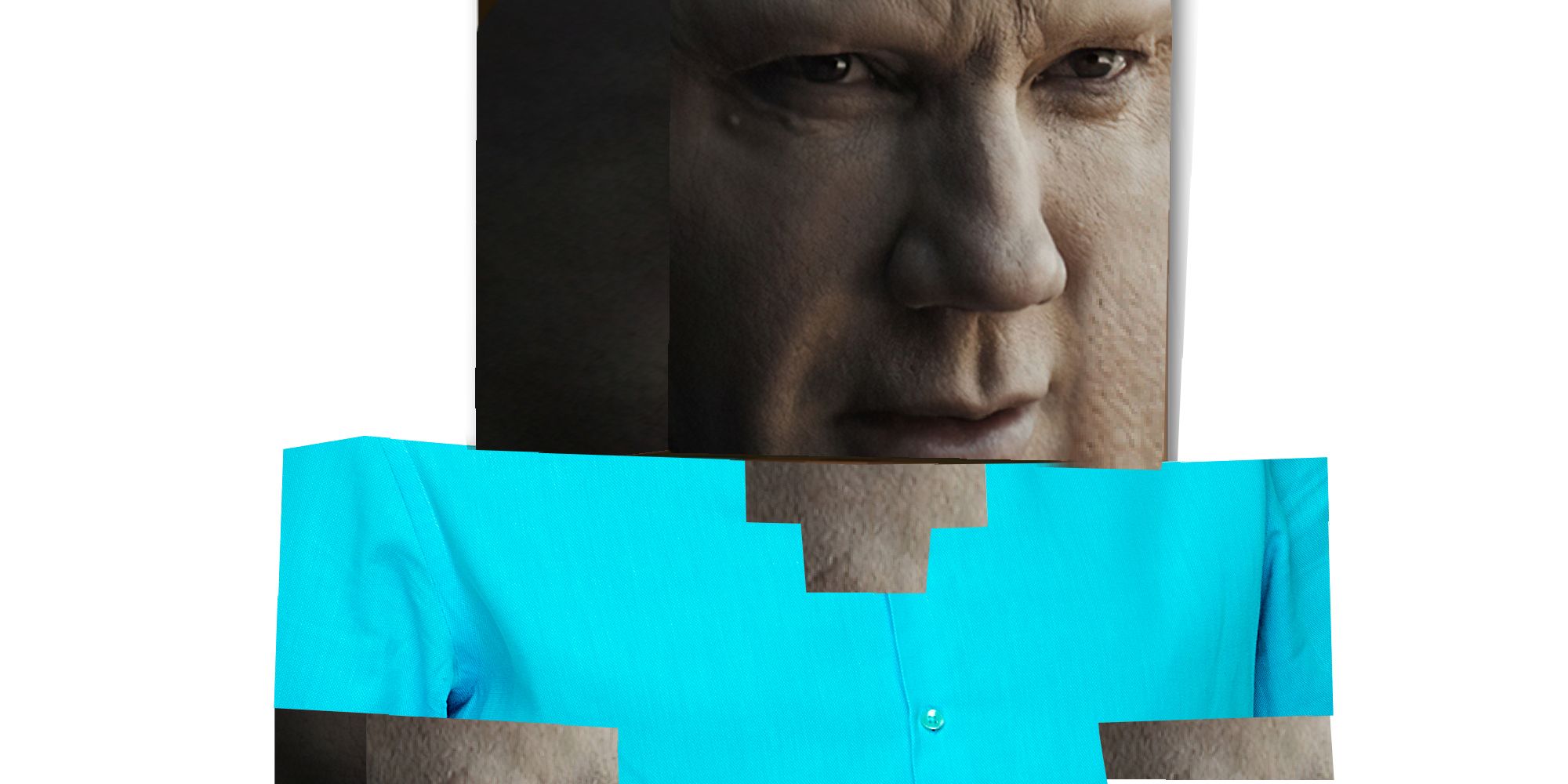 I was the present in my primary school Christmas play once. Back in 2002, queer stars like me weren’t ready for the spotlight, so I settled for a background role. The costume required my mum to piece together a bunch of cardboard complete with holes for my arms and head. It was ridiculous, but it worked.

I think Bautista would put a similar amount of effort and quadrilateralness into his Minecraft costume, and maybe his mum would help out with his too. I’m sure she’d be well up for it. 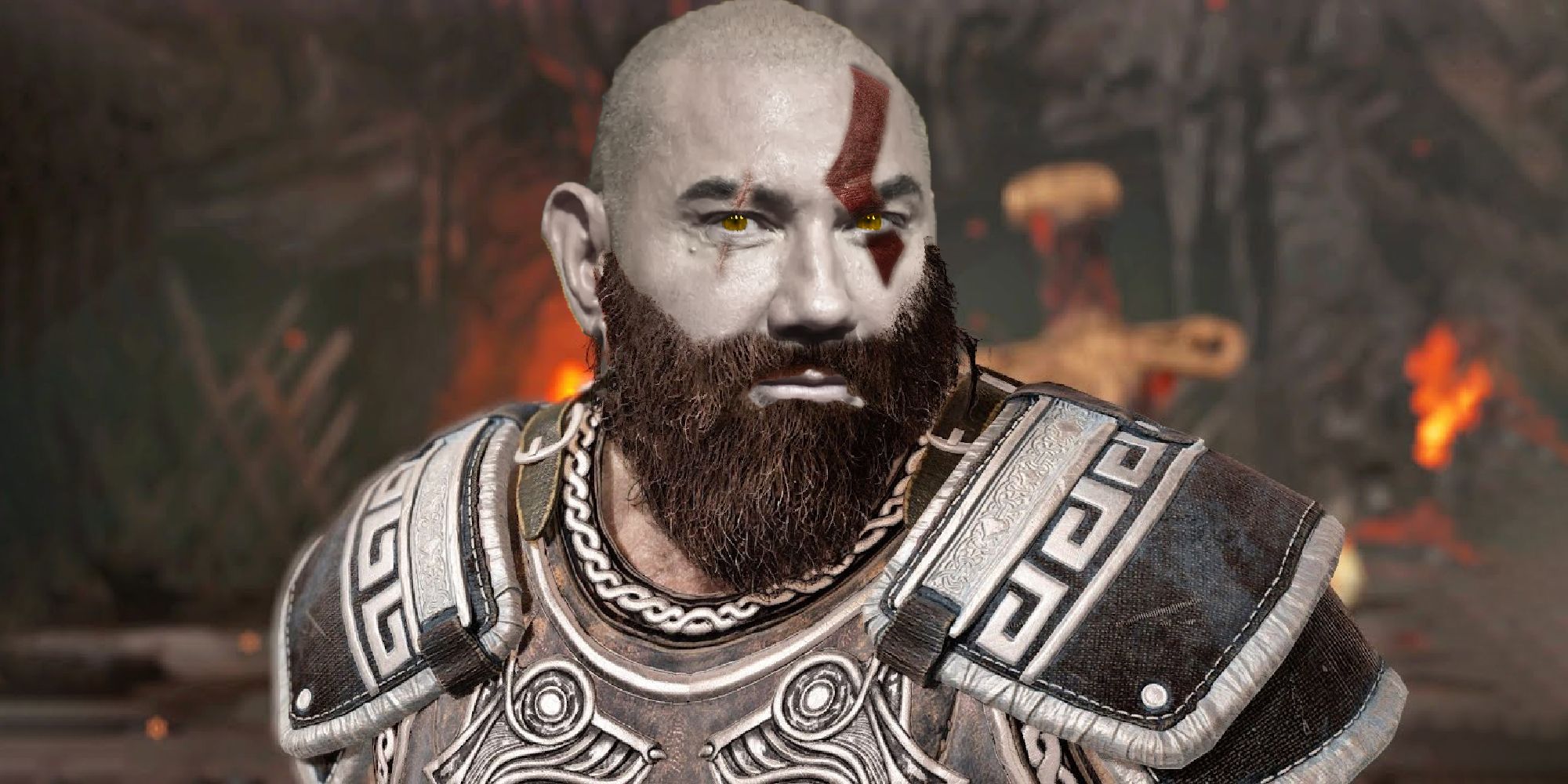 Chris Pratt is destined to play Kratos in the upcoming adaptation, but my second choice goes to Dave Bautista. He’s bald, angry, and has the acting chops to nail a cadence between sustained rage and contemplative softness whenever the situation calls for it.

The Rock is the lazy choice for a role like this, and he’s much too charismatic and lacking in dramatic agency to make it work. Bautista has that sad energy he is so good at capitalising upon, like if his character in Blade Runner 2049 wasn’t murdered by Ryan Gosling in the first 20 minutes and was capable of murdering entire pantheons because he won’t go to therapy. 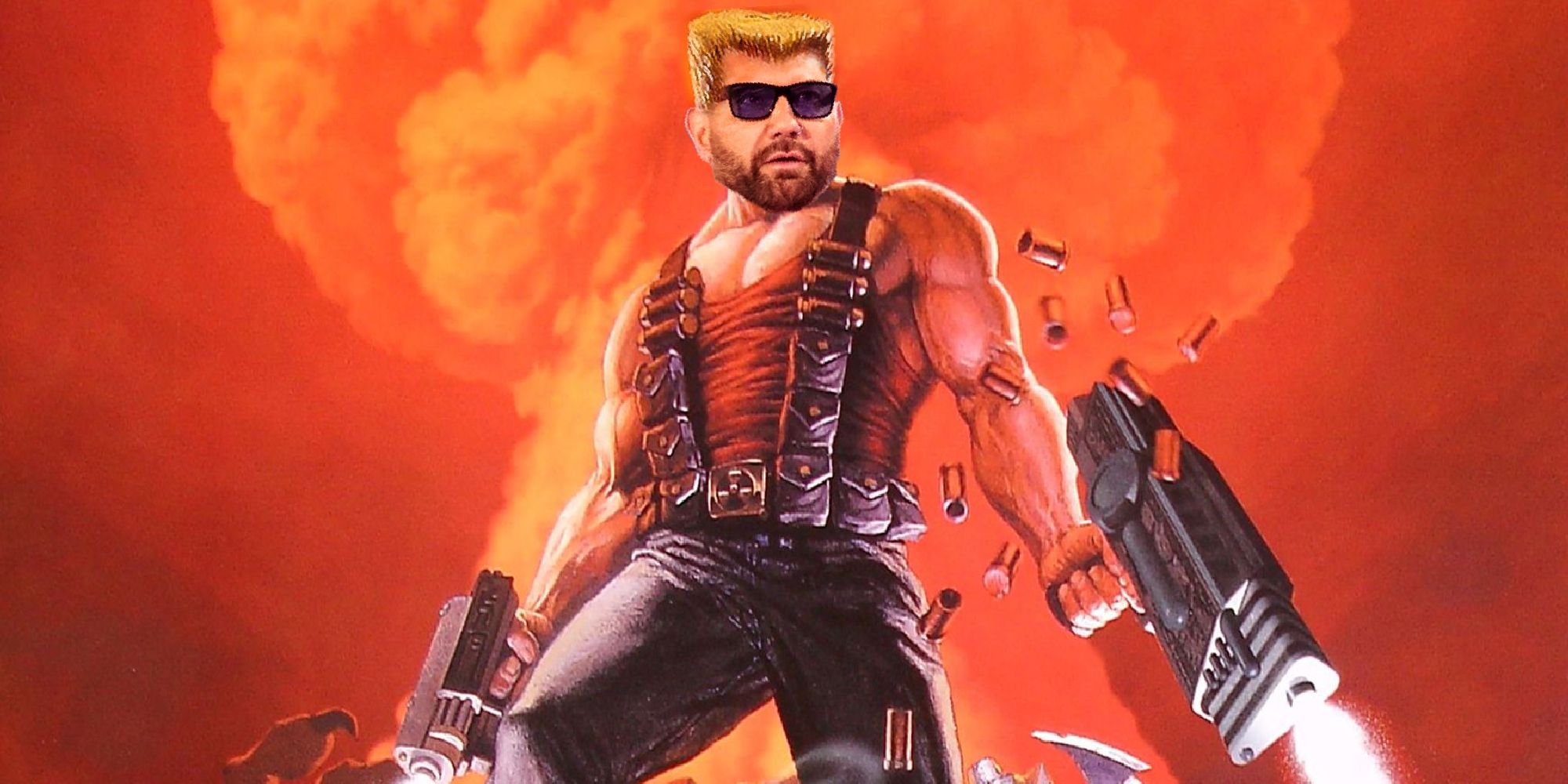 Bautista definitely isn’t a misogynist. He is constantly fighting for social justice causes on Twitter, was raised by same-sex parents, and wants to be in more serious films to prove he can rise above the typecasting of a tough, muscular action star.

For this very reason I have cast him as Duke Nukem.

Maybe he could be the character in a subversive way like Joker or whatever Timothee Chalamet is doing in the upcoming Wonka film. Make Duke a sad little dude who is hiding his insecurities behind a veil of bloody violence and casual misogyny. Beginning to realise I just want to see this man be sad all the time, I promise that is just a weird coincidence. 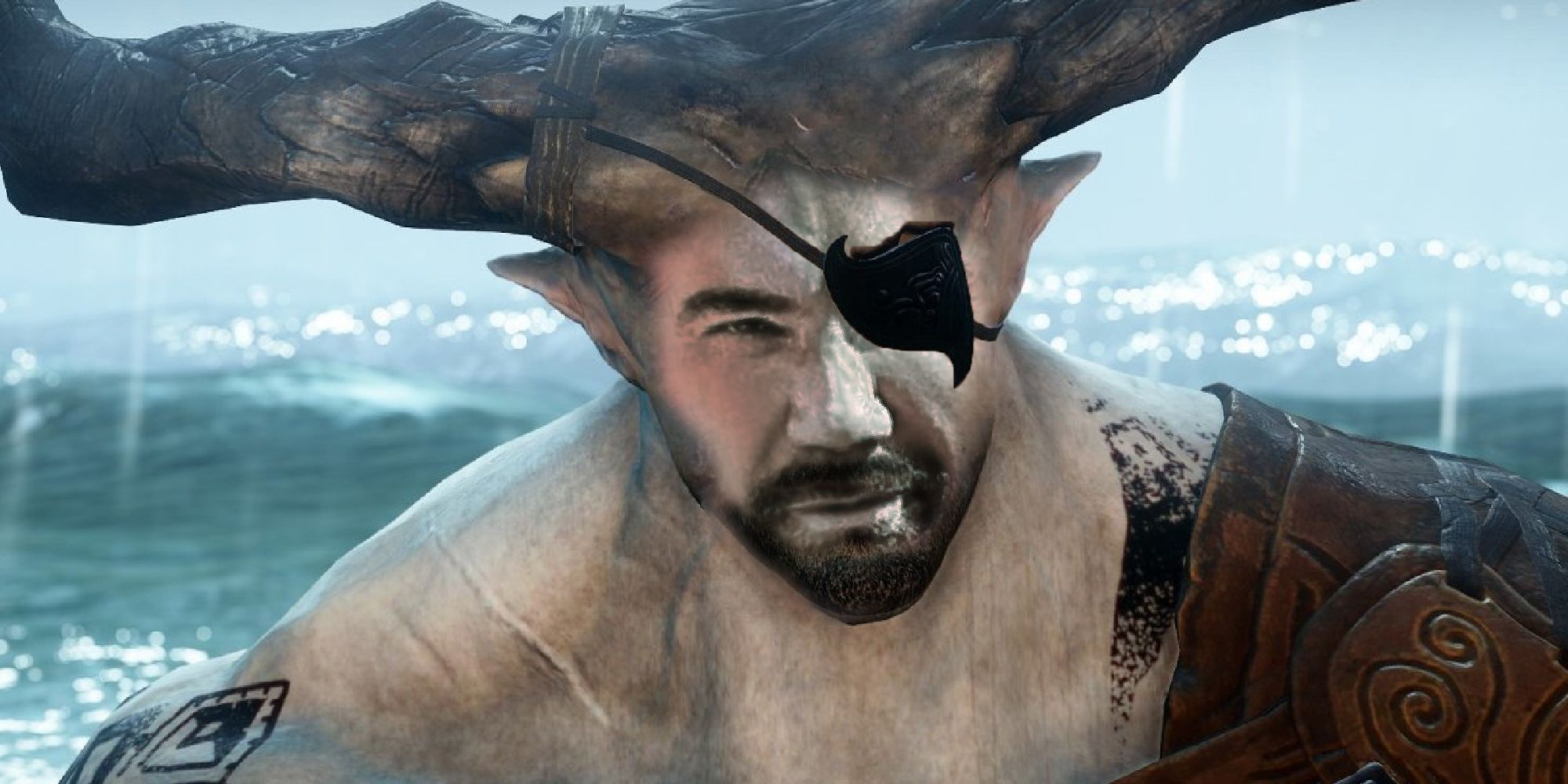 I just want to romance Iron Bull Bautista. What a big ol’ softie. Maybe I can make it a mod.

BONUS ENTRY – The T-Block from Tetris. 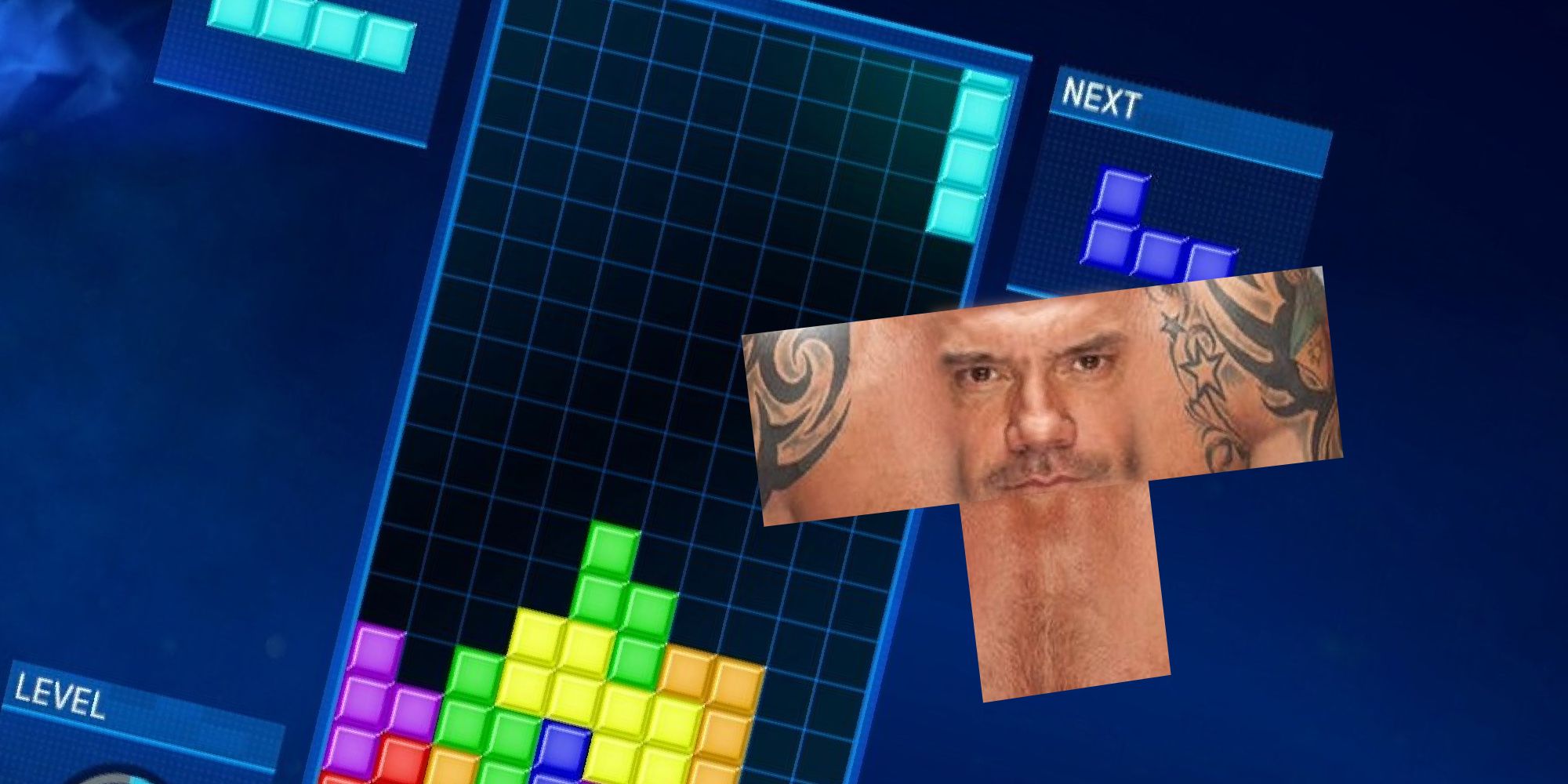