Red Mage is one of Final Fantasy 14’s most exciting jobs, blending powerful elemental magic and potent healing magic alongside stylish sword maneuvers to create a truly compelling gameplay experience. In PvP, Red Mage provides support as a versatile damage dealer that can also deliver some impressive heals to themselves and the rest of their team.

Since Patch 6.1, the experience of playing Red Mage in PvP has been altered, bringing it closer to the experience of the PvE class. As with the PvE version of the class, you’ll need to switch between using your light and dark magic to achieve a perfect balance and deliver deadly finishing blows with your magic-infused sword. 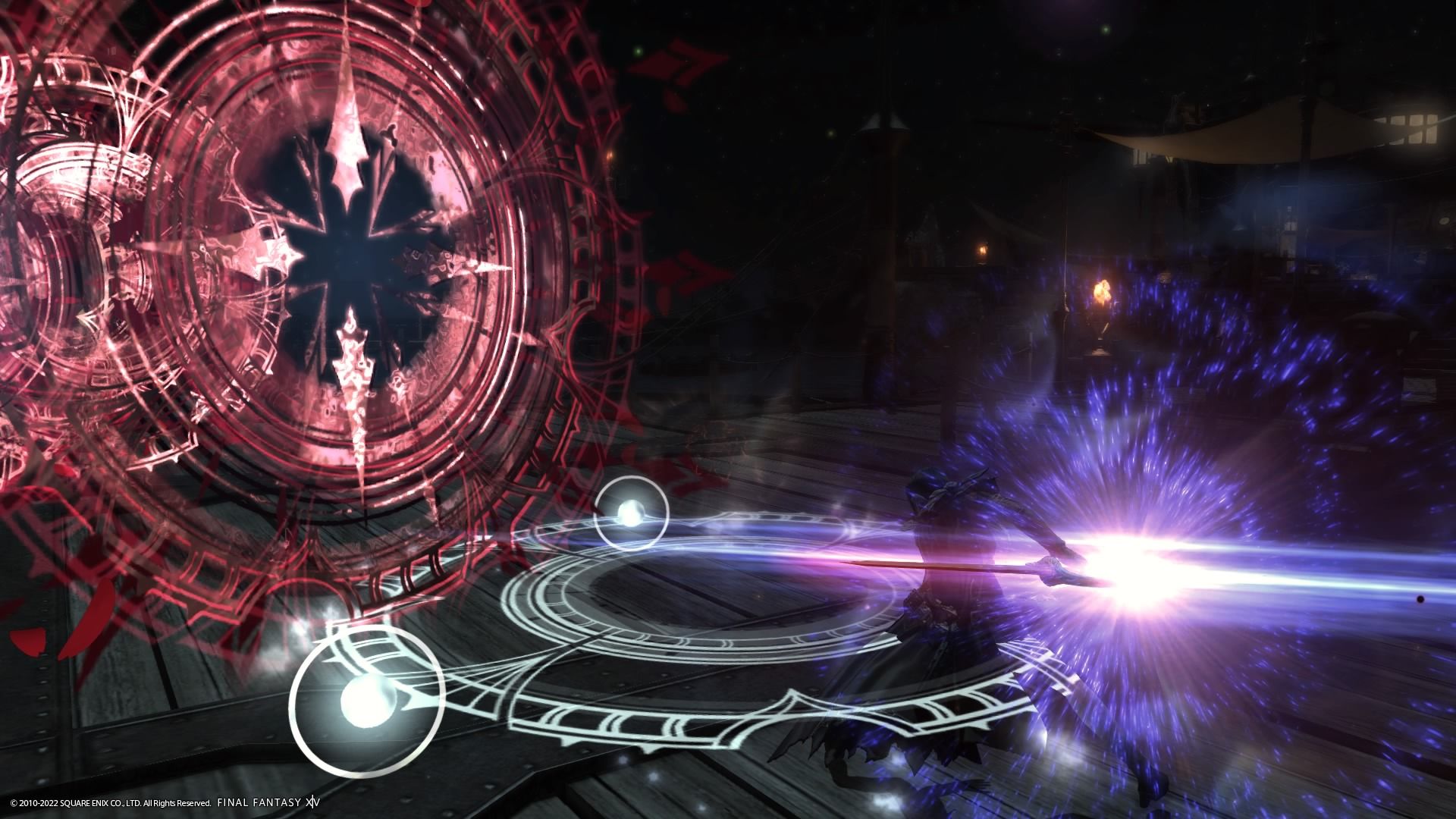 Red Mage’s PvP Job actions differ only slightly from their PvE counterparts. The main difference is the order in which skills are utilised: as opposed to the PvE Red Mage which requires a strict alternation between White and Black Magic, the PvP Red Mage uses the same kit with slightly more flexibility and a few less steps to its rotation.

There is no balance gauge, but thanks to the buffs White Shift and Black Shift, the Red Mage's offensive and defensive abilities can be utilised according to what is needed at the time.

Alongside its offensive magic spells such as Verstone and Verthunder, one of Red Mage’s primary damage dealing tools is the enchanted melee combo: Enchanted Riposte, Enchanted Zwerchau and Enchanted Redoublement. These skills are where most of Red Mage's damage comes from. 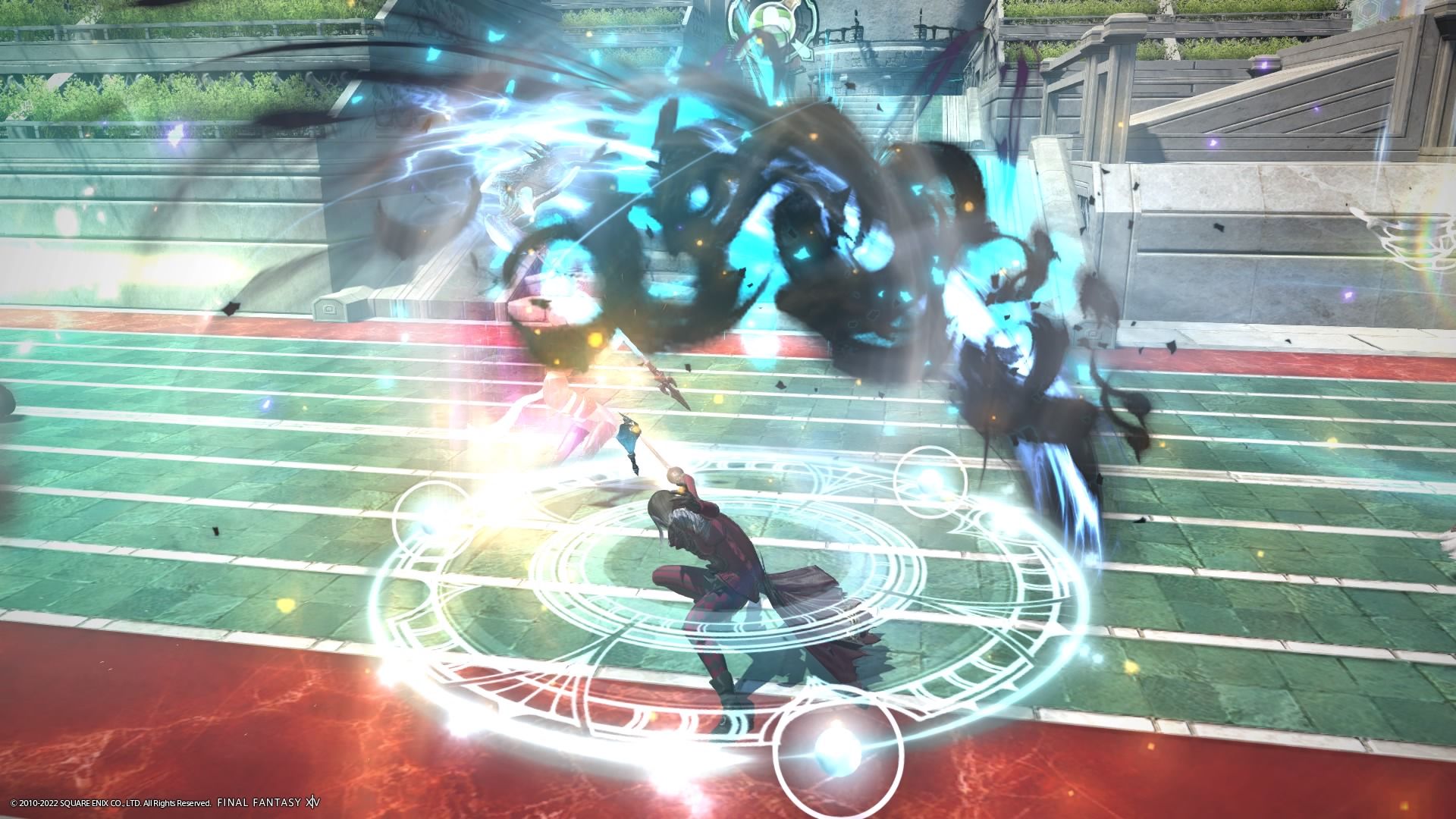 Finally, the PvP version of the job also has access to two charges each of a gap closing attack, Corps-a-corps, and a gap creating attack, Displacement. These are functionally similar to the same skills in the job’s PvE form, but will be essential to stay agile and responsive.

Outside of the aforementioned skills, Red Mage’s key ability is using Black Shift, White Shift and Dualcast to chain together stretches of both damage-dealing and healing spells. As you may notice in the table below, many of Red Mage’s buttons are transformed when performed under the effect of one of these three buffs, something which is essential to grasp for mastering the job’s rotation. 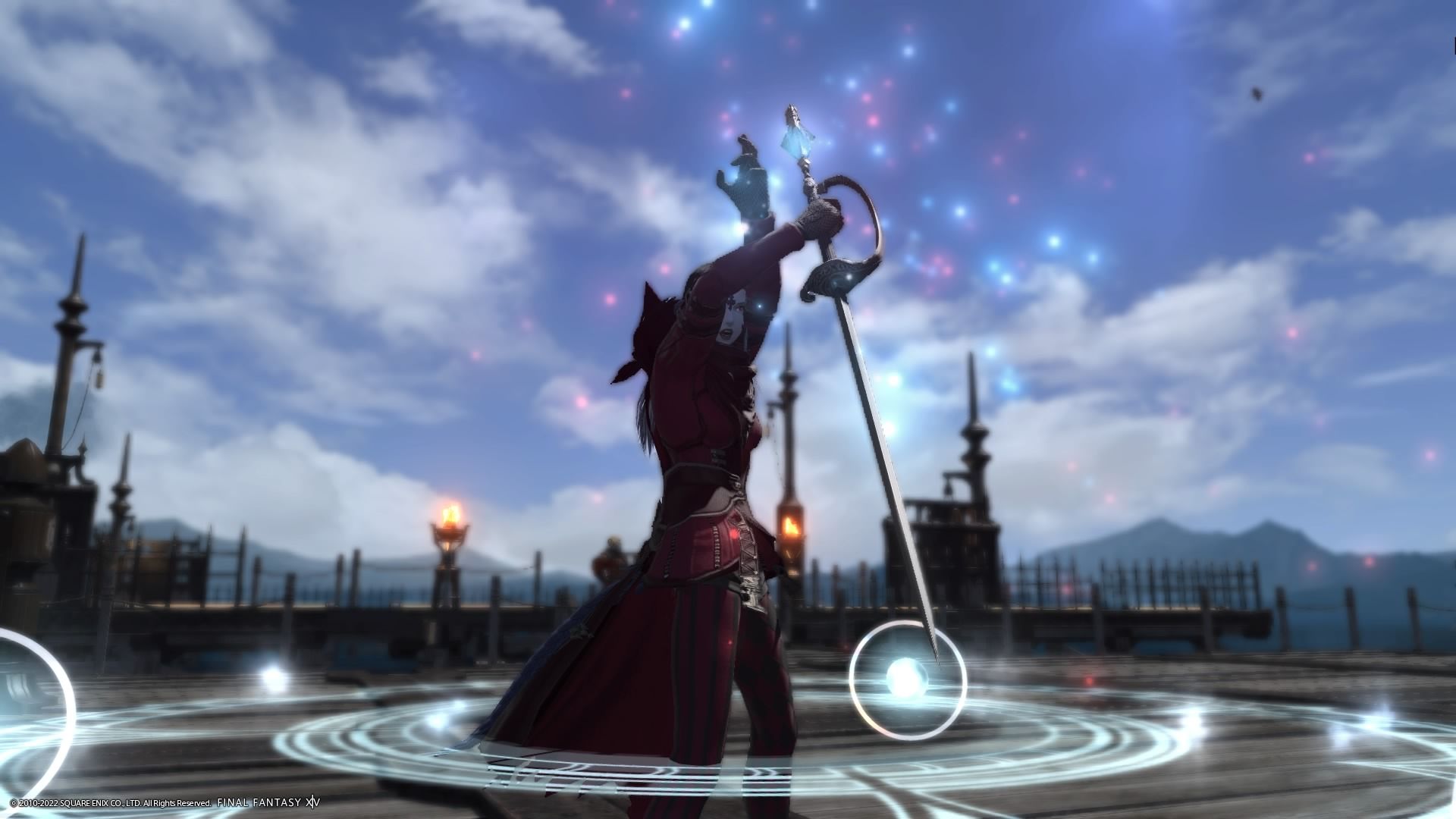 The foundations of Red Mage’s PvP rotation will largely be determined by the role you need to serve during any given PvP session. Although Red Mage should always focus on outputting some damage and there is a clear combo that can achieve this most effectively, it’s important to note that due to the low recast time of White Shift/Black Shift, a Red Mage in PvP can always swap the secondary effect of their abilities depending on their priorities, allowing them to focus on giving themselves heals and providing some small amount of healing to the rest of the party.

In order to do the most damage in the shortest amount of time, however, you’ll want to focus a lot of attention on your sword-based skills: Enchanted Riposte, Enchanted Zwerchau and Enchanted Redoublement.

Another essential tool to include before beginning your sword combo is the skill Frazzle, which can only be used when you’re in Black Shift mode. As an instant ability this can be applied between weapon skills. It buffs damage taken by nearby enemies by 10% while reducing HP recovered via healing actions by 20%. 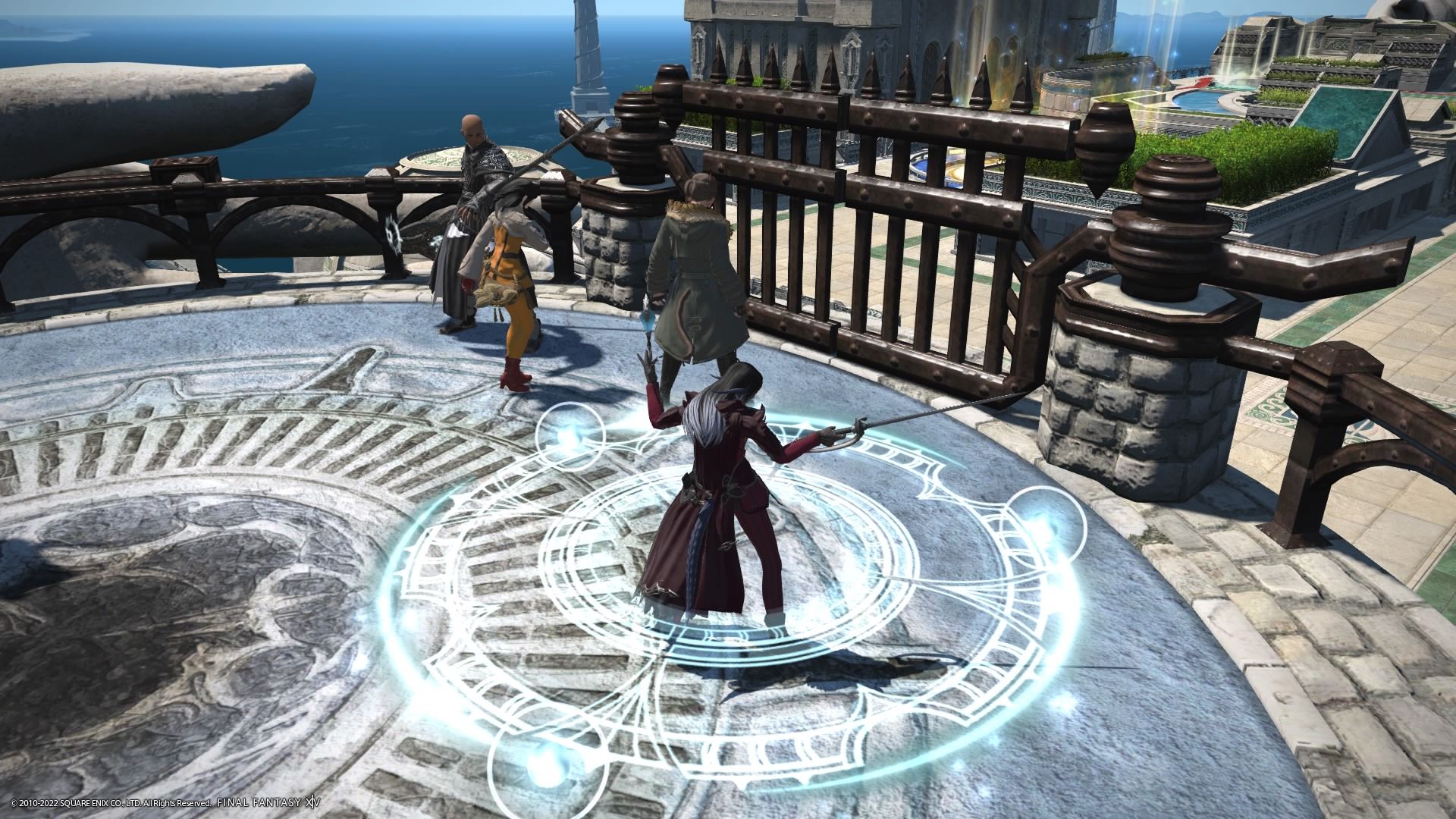 Putting these steps together, a basic damage rotation would be to silence the enemy from afar using first using the Silence (or Bind if you're in Black Shift) effect of the skill Resolution (which also deals damage in a straight line), then switch to Black Shift, use Frazzle for the buff, then use your skill Corps-a-corps to close the gap and subsequently launch into your sword-based combo. It should progress in this order:

The skill that you tack on to the end of this combo can be determined depending on your needs, as it won’t take too much time to change which shift you have active. Verholy adds a good quality heal to your damage, whilst Verflare is a pure damage spell.

The other spells: Verstone, Verfire, Veraero and Verthunder whilst occasionally useful for doing 'chip damage' from a distance, don’t necessarily form part of Red Mage’s core rotation, but rather should be used only when engaging at close range isn’t an option.

The final part of the Red Mage rotation to consider involves attaching the Limit Break, Southern Cross to the end. With that in mind, the full rotation might look something like this:

Of course, with a class like Red Mage, the key is to be flexible: just because some spells aren’t mentioned in this rotation doesn’t mean they shouldn’t be used. Experiment with some techniques and find what works for you. 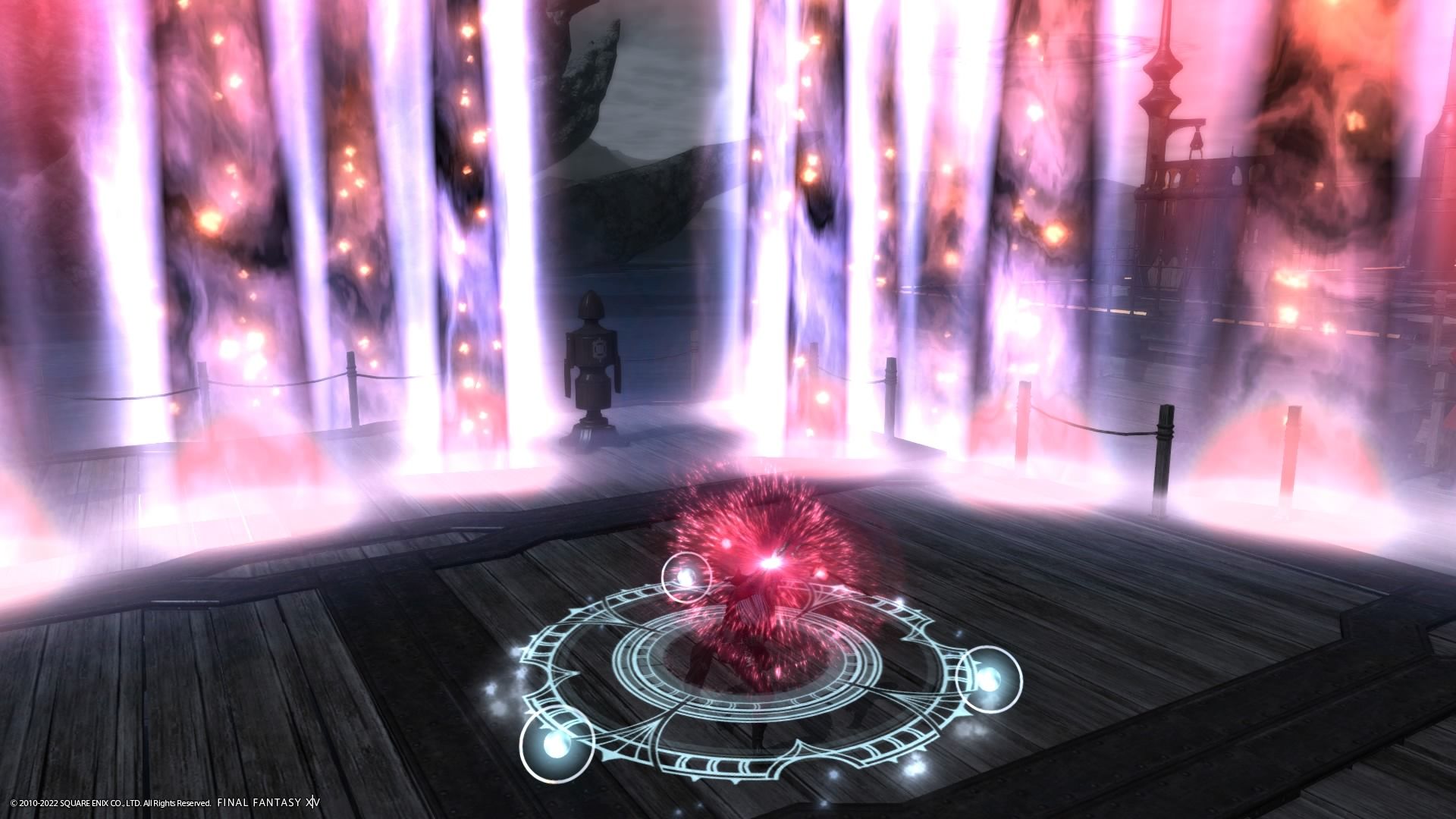 The Red Mage’s Limit Break skill Southern Cross is an excellent way to cap off any rotation with the job in PvP, even if you’re focused on healing.

Southern Cross can be applied directly in between your allies whilst they’re engaged in a close skirmish with the enemy for maximum affectiveness, as it’ll have both a restorative effect for your ally and a punishing effect for your enemy at the same time. It’s a useful two-in-one skill! 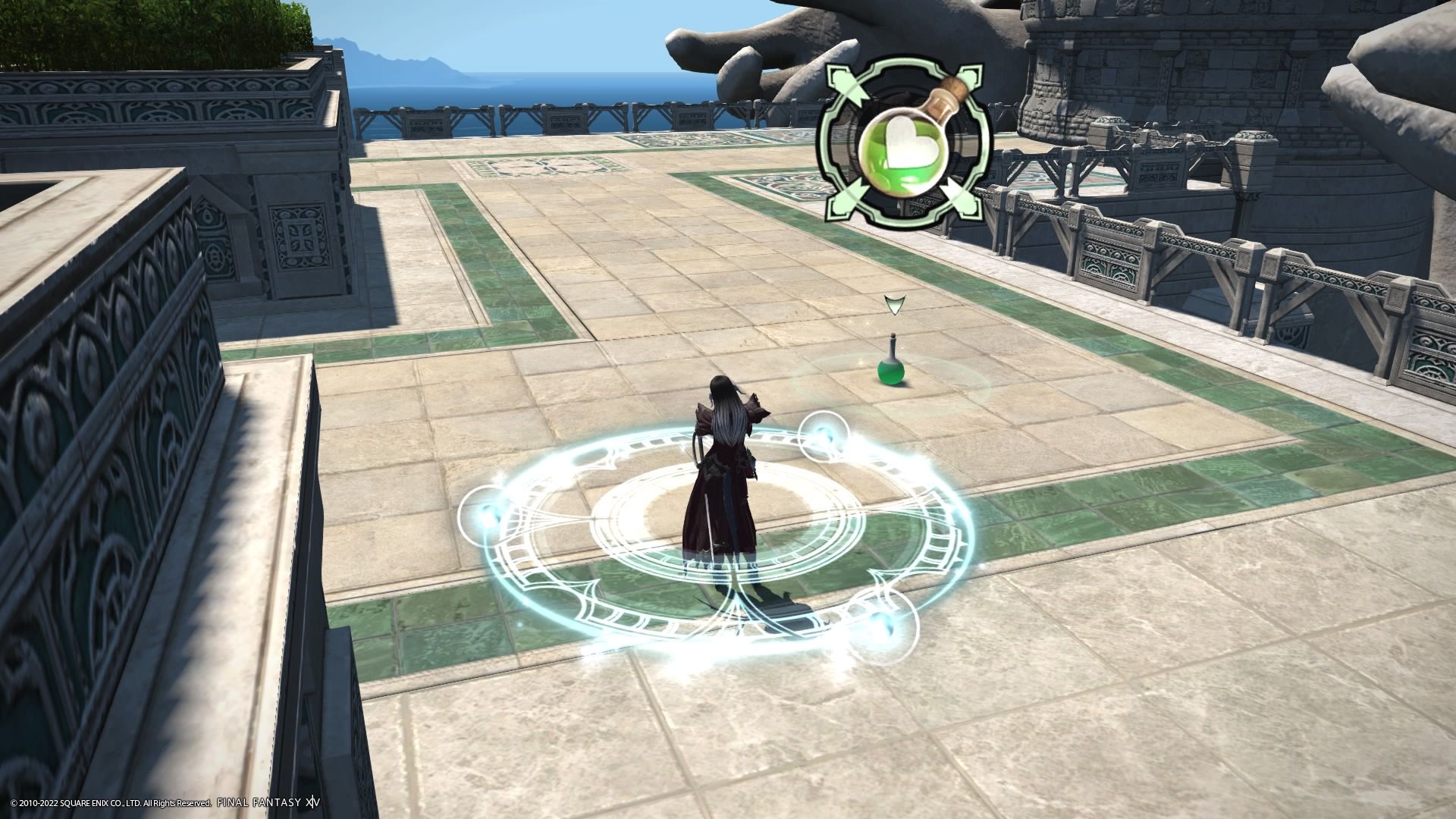 As with other PvP classes, Red Mage has access to a selection of Common Actions. These essential abilities are used for restoring your character and regaining your momentum after sustaining damage. 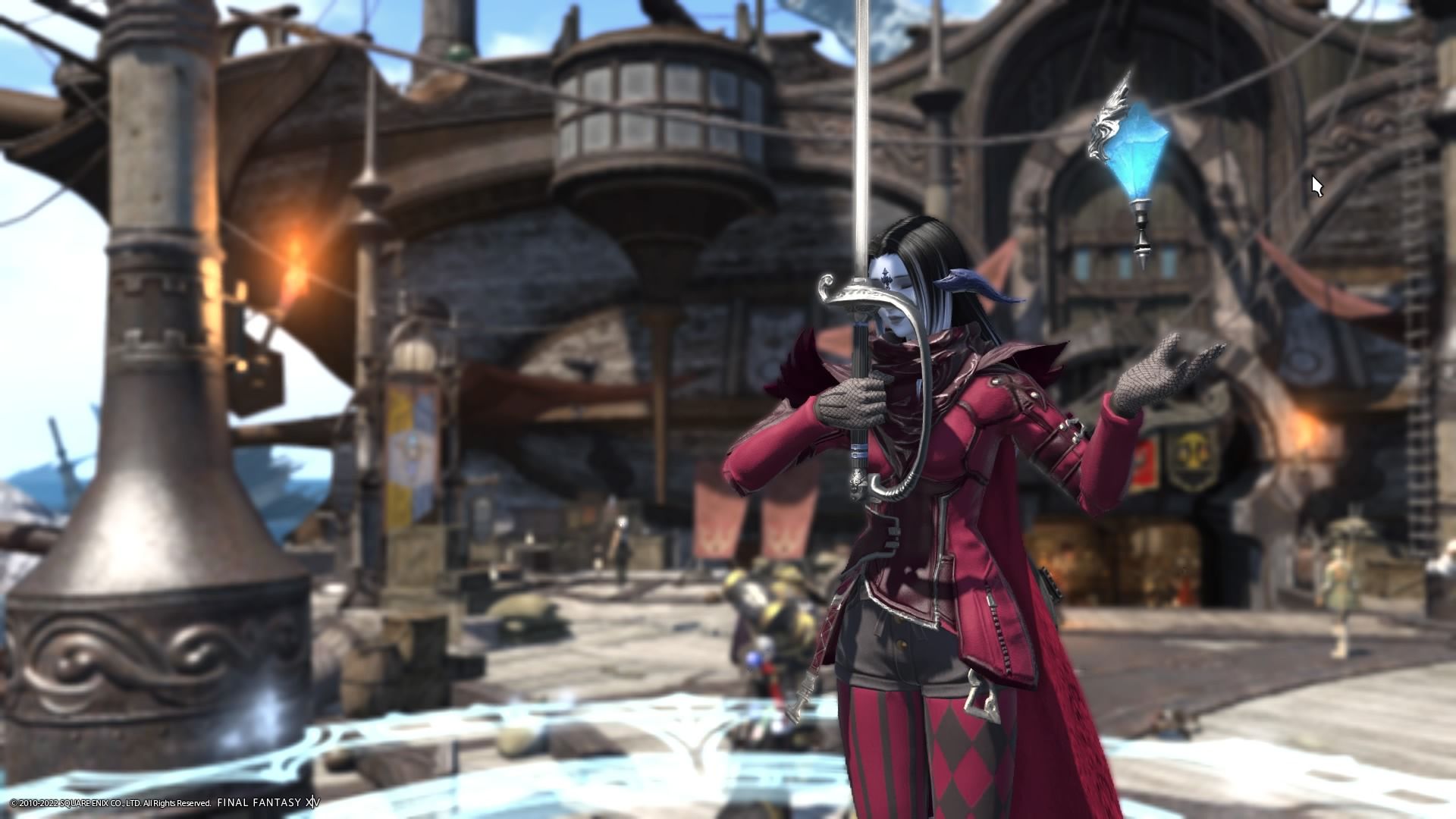 As mentioned in the section on Rotations, much of your damage as Red Mage comes from your sword combo and the follow-up spells Verflare/Verholy, and of course your Limit Break skill, Southern Cross. With this in mind, Red Mage should aim to use their mobility to their advantage and only engage when it’s safe to do so, and play to their strengths.

Red Mage is particularly strong at zipping in with Corp-a-corps and doing a quick burst of damage with their sword before either continuing on to finish the combo or, if needed, retreating with Displacement and commencing to use spells from a distance or healing up.

If you’re already damaged, you should stay in White Shift and drift away from the enemy using Displacement. You can then focus on healing yourself and then use your ranged spells on enemy targets before choosing one to 'finish off' with your sword combo. If you're looking to give yourself a fighting chance against higher enemies or in team fights, you'll want to stay within White Shift to get those helpful extra barriers. 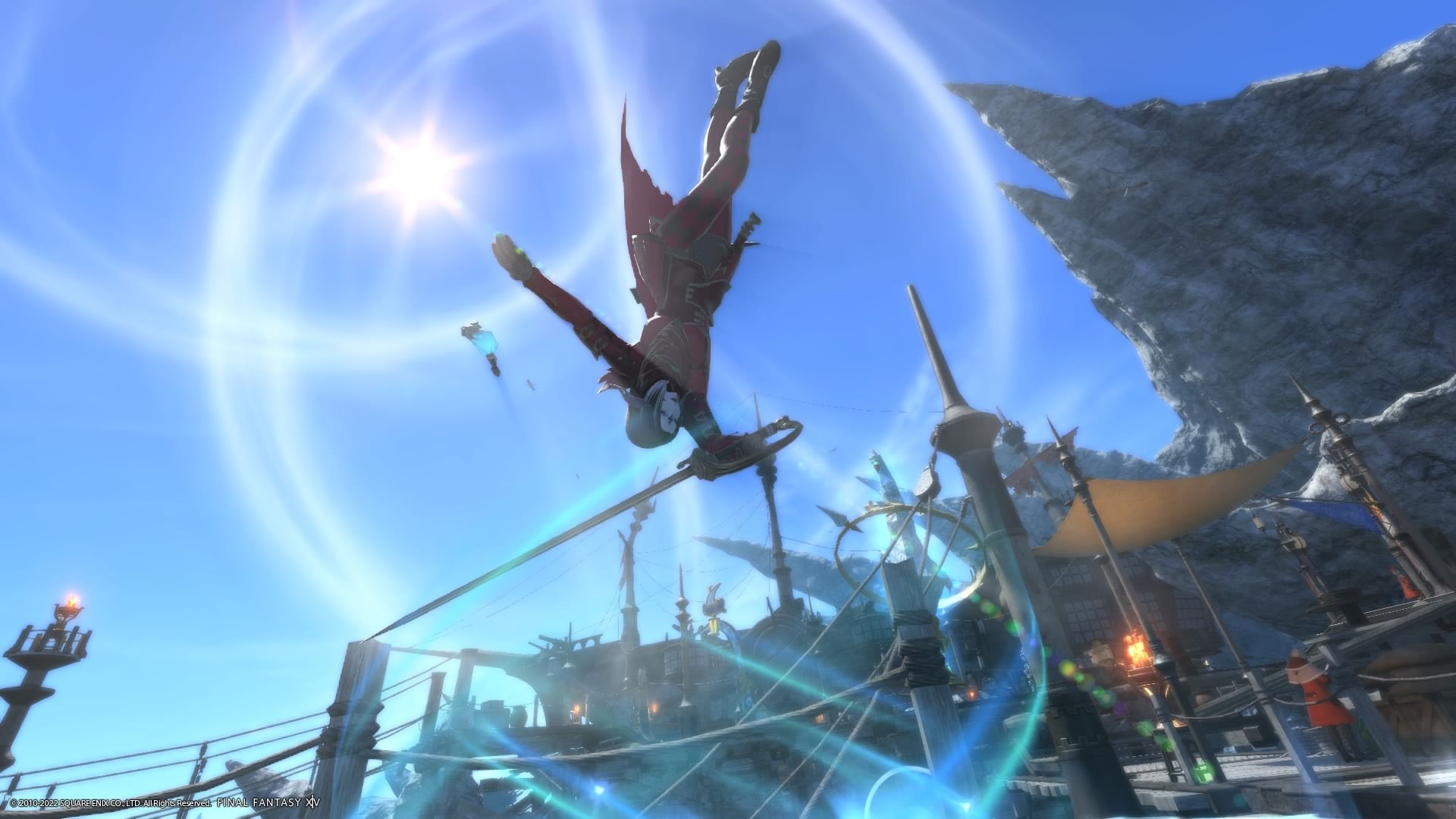 As with all jobs in PvP, it's generally beneficial to stick with your team. With that being said. Red Mage's versatility does allow them some freedom to go it alone, as if you're quick enough, you can usually protect yourself or hop out of danger when things get serious to avoid dying.

As noted in the section on rotations above, Red Mage offers a lot of choice. Although using the sword attacks and follow-up spells to do a large burst of damage is effective, a more reserved and opportunistic playstyle can also have its advantages. Red Mages that stay within White Shift and take a more defensive approach may find it easier to chase down targets to finish off when the time is right.

Developing intuition about which targets to develop into kills and how to react to danger will come only with time and practice, but it's the most important element of playing Red Mage in PvP.