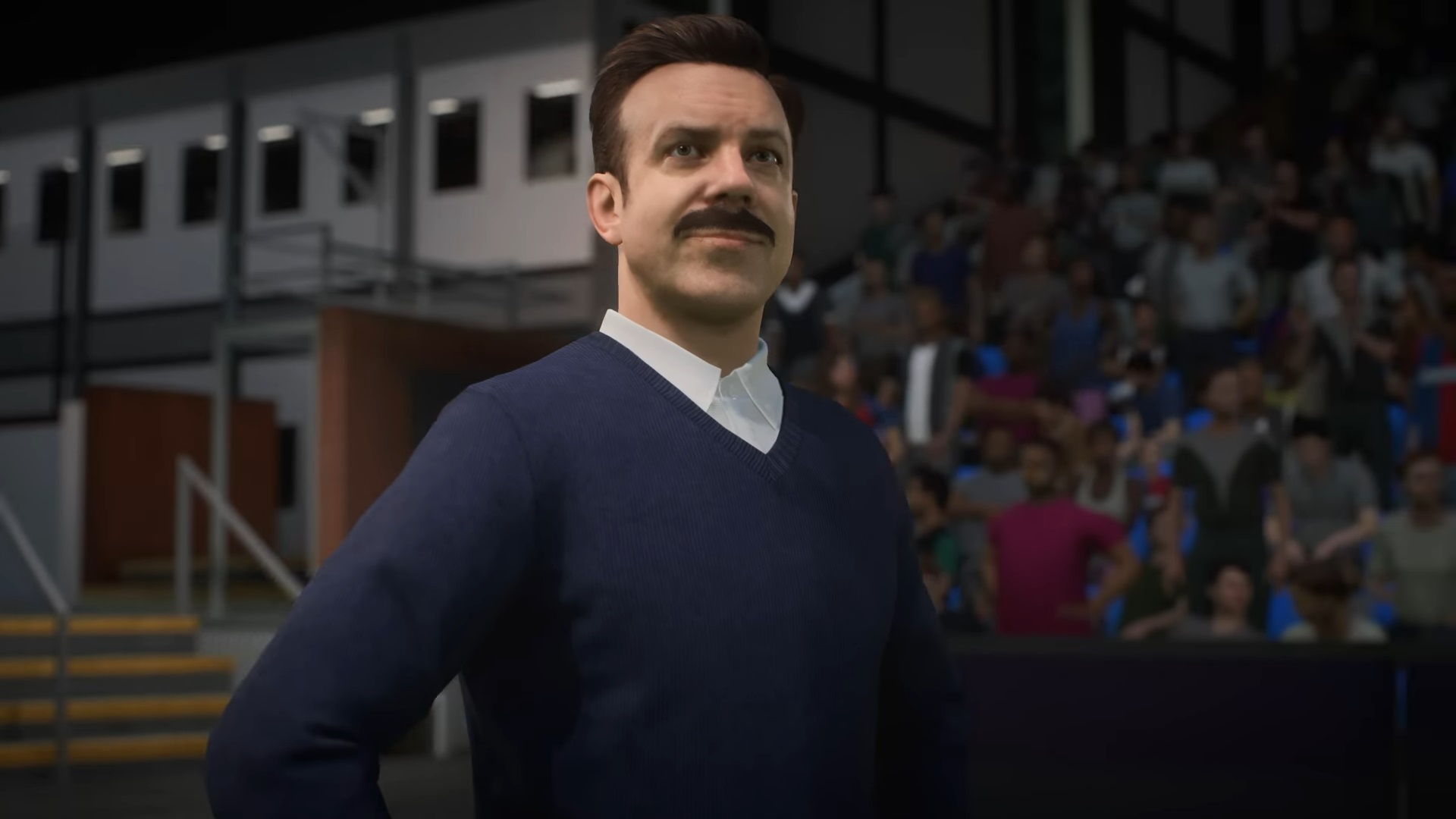 It’s not just themed cosmetics; the characters from Ted Lasso will feature as a playable team and manager in FIFA 23.

There was speculation that the fictional team of AFC Richmond, from Ted Lasso, and the titular manager, would be included in FIFA 23.

Today, EA has confirmed that’s exactly what’s happening, with a new trailer featuring not just the team, but also their coach, Coach Beard, and their home stadium of Nelson Road.

All the characters have been faithfully replicated in the game, including team players Jamie Tartt, Dani Rojas, Sam Obisanya, Roy Kent, and Isaac McAdoo, so they resemble their actors from the show.

Surprisingly, the Ted Lasso content isn’t gated behind pre-orders or paid DLC but is included in FIFA 23 at launch.

As such, you can choose to play as AFC Richmond across Career Mode, Kick-Off, Online Friendlies, and Online Seasons from the get-go and you can pick Lasso himself as your playable manager in Career Mode.

Judging by what’s said on EA’s website, it doesn’t sound like the players will be included in FIFA 23’s Ultimate Team mode though.

However, you will be able to acquire themed customisation items, as well as select Lasso or Coach Beard as your team’s manager.

As a reminder, you’ll be able to start managing your own teams for Ultimate Team once the companion apps go live this week. One of them is available in early access later today, but only for those who meet certain conditions.

For anyone unfamiliar with the series, Ted Lasso is exclusive to Apple TV+ and sees an American football coach, the titular Lasso, hired to coach an English team.

The show’s third season is currently in the works, but it will also serve as its last, much to the disappointment of fans.

Lasso has also been rumoured to appear in platform fighter MultiVersus, which makes a lot less sense than his FIFA 23 cameo. Although that’s a game that lets Shaggy from Scooby-Doo beat up real-life basketball player LeBron James so anything’s possible.