Fallout: New Vegas is the greatest video game story sandbox ever made 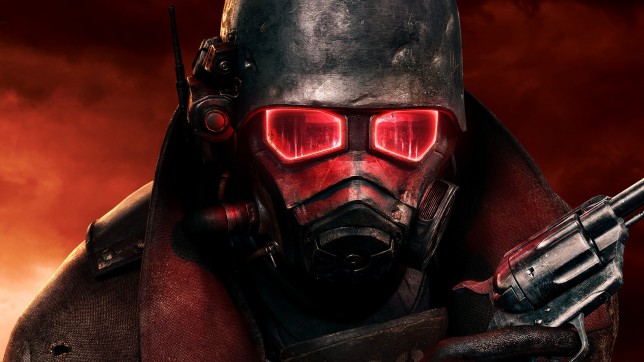 A reader celebrates the storytelling of Fallout: New Vegas, while lamenting the endless bugs that make it difficult to properly appreciate.

There comes a point where the evergreen Fallout: New Vegas clicks for each player and, for me, it was probably around the time when Obsidian’s open-world role-player turned into a light horror game for about 30 minutes, as I looked for a ghoul scientist lady in a cave while my cybernetic dog, brain visible through a mechanical apparatus, hunted infected plant men.

Oh yeah, I got the dog from someone known simply as The King. You know, The King.

First released in 2010, Fallout: New Vegas’s launch was riddled with bugs and glitches, but it has since become a cult classic. I’ve beaten the game at least twice before and decided to play through it again after finishing The Outer Worlds, Obsidian’s most recent role-playing game. While that game is polished and streamlined, it also boils down to essentially two choices of faction, one of which is clearly the evil route.

It’s also a game so utterly broken and creaky that it is impossible to play cleanly without the trusty Fallout wiki by your side and constant saving. The game is literally lurching to work at times, calculating all manner of parameters, many of which are not immediately apparent to the player.

A few standout quests demonstrate this dichotomy perfectly. You are sent to simply clear out some ghouls, a common kill quest in Fallout games, only to step into a questline about identity and religious fanaticism. The ghouls are one of the most tragic types of characters in Fallout, and so it is no surprise that this faction would want to find a new world for themselves. You watch them board rickety rocket ships and fly away, certain of their doom, but still hopeful that they find their mecca.

This is also one of the most infuriating and poorly designed areas in the game and the quest is not only easy to break but, like much of Fallout: New Vegas, feels like it is actively trying to prevent the player from completing it. You have to find a way to deal with stealth-addicted super mutants with shields fashioned from stop signs, but if you don’t find the quest-giver right away, you can fail the quest by killing too many of them. You can easily offend him and turn him aggro or hostile, terms you will become very familiar with when you google the game.

If you’re trying for anything other than a burn this mother to the ground playthrough, you will be reloading save after save, figuring out why a faction now shoots at you on sight. In this case, you have to talk to him with a Stealth Boy item consumed, and you can’t move a skull that he believes is a deity that talks to him. Even if he gives you the quest, it’s easy to think the area behind him is where you go instead of the next room over, but if you return un-stealth-ed to try to talk to him again but have not done his bidding, he will attack you.

Once that is taken care of, you have to go on a series of fetch quests to get the rockets working and even after you do that, the final step of the quest can bug out. The character that is supposed to direct you to the launch console, since the group of religious ghouls want you to do the honours, often runs away without telling you where to go. Even though the door you’re supposed to find is close to where you already are, you can spend hours trying to find it, because the quest takes place in one of the most dimly-lit, rundown, copy-paste buildings in Fallout history, which is saying something.

When you finally find the door, it turns out that the reason you missed it, even though you ran past it umpteenth times, is because the prompt told you it just led back to the Mojave Wasteland overworld instead of the actual launch platform, since it’s technically on the outside of the building.

This is probably one of the first quests you will do outside of the starting area, and it is both captivating and frustrating. I can’t tell you if running around a dark area where everything looks the same trying to find a door sounds like a gameplay experience that you would enjoy, but I can say that watching those rockets launch while Ride of The Valkyries played was satisfying and almost magical.

This give and take between the stellar writing and worldbuilding of Fallout: New Vegas and the often spotty or outright broken game design and mechanics is why it is so revered by many but also considered overrated by some. If you couldn’t stomach the dark door-hunting I just described, play yourself some Fallout 4 or The Outer Worlds and be happy.

However, if I got your attention with the stealth-addicted super mutants clad in stop sign armour and launching ghouls out into space (they probably crashed and never made it anywhere outside the atmosphere, but we don’t need to get into that), then there are so many more Mojave Wasteland exploits that await you in Fallout: New Vegas.

There’s the famous companion quest for ED-E, a robot who hovers above you and plays a rousing Western jingle, in keeping with the game’s retro futuristic John Wayne by way of The Rat Pack aesthetic, while shooting death lasers at all who oppose you. It’s possible to upgrade ED-E’s combat abilities and the passive perk he grants you when he’s part of your party, but you have to rely on two specific conversation triggers that can be spoken by a number of characters through the course of the game.

However, getting these triggers to work is notoriously tricky and inconsistent. I’ve never played another quest like it in any other game. In fact, during my previous playthroughs, when the game was still new, I never finished the quest, and only did so on this quarantine-inspired run because other Mojave Couriers far braver than me had already figured out the kinks, in the decade since the game has come out.

I finally know who exactly triggers each conversation event and how long I have to wait between triggers. It’s important to note that one of the earlier merchants you meet, who would be the easiest way for you to make headway on this quest, is almost universally missed by everybody, because you had to have not talked to her at all before you get the robot working. However, as soon as you see the robot for the first time but before you get it to work, its owner tells you to take it to her, a quest objective gets updated telling you to do so, and she is a character who literally repairs your equipment.

Obsidian’s desire to make sure the game works against you as much as possible is again on full display in this quest. However, the quest also gives you a cool titbit of worldbuilding and ED-E comes back to you even more ready to reduce your enemies to piles of ash. Don’t worry, you can still loot the ashes.

Fallout: New Vegas players remember these tricky, sometimes maddening quests fondly. It is objectively poor game design, especially for a big budget AAA game, but therein lies the rub. Fallout: New Vegas is, at once, the most realistic game story ever, but also the gamiest game ever to make work. I wistfully recall other quests that I wear as a badge of honour for having completed, such as making several runs at a location while heavy artillery shells rained down on me, loading save after save until I made it.

There’s another companion quest you can fail if you step forward a bit too far as a scripted conversation is taking place, even though Fallout generally doesn’t care about your character’s lack of boundaries. You can walk into someone’s home at 3am and pull them out of bed to talk to them, but don’t you dare step past the guards of a laser gun store or you will be disintegrated. Finally, mention the cannibal quest to anyone else who has ever played this game, and prepare to commensurate.

Deciding between the four possible broad endings of New Vegas, especially after coming from the polished but constrained Outer Worlds, made me realise once again how truly unique a game story this is. I never go for Mr House or Caesar’s Legion because they are both despots that are perfect mirrors of each other, one technologically-advanced who is basically a Bioshock villain while the other embraces ancient practices of slavery, sexism, and barbarism.

They both start barking orders at you as soon as you meet them. This is in stark contrast to the NCR, the failing democratic body of New Vegas, who also ask for your help, but you get the sense that they actually really need it. The NCR seems to get an inordinate amount of flack, both in the game world and the real world, even though they are comparatively the most democratic and diplomatic of all the major factions, and that’s probably because they are the most familiar to us in the real world.

During the course of your journey, you can gain the affinity of other smaller factions as well, who follow your lead no matter who you choose, even if you choose independence from all the major powers, with the peaceful and medically-adept Followers of The Apocalypse being a favourite. Compared to The Outer Worlds, which basically makes you choose between a mad scientist with a questionable awareness of what it means to be both human and humane, or an arch, dull, wholly non-complex take on Amazon in space, the choices in New Vegas seem to matter so much more.

That’s because the world it inhabits is so hopeless, so utterly devastated and ransacked, that you want so badly to improve it, even at the cost of greater ideals. Your choices really do matter, and the build-up to the final confrontation, as the game narrows into its endgame, is always thrilling. Even if you side with Mr House or Caesar, the two mad dictators that they are, they will never realise that, for all their power, their armies both human and machine, that they are dealing with someone far more powerful than either of them could ever imagine.