Fallout 4: How To Beat Colter In Nuka-World

Fallout 4 doesn't feature many boss fights, so Colter is one of the most challenging enemies you'll face throughout your adventure. Colter is the Overboss when you first enter Nuka-World, and he's earned a reputation for his strength. However, some Raiders in Nuka-World don't like the way he runs the park.

The Colter boss fight features many unique mechanics, so it's difficult to defeat him without a few tips. This guide will explain every step you need to take to defeat Colter and everything you earn for winning the fight.

How To Defeat Colter 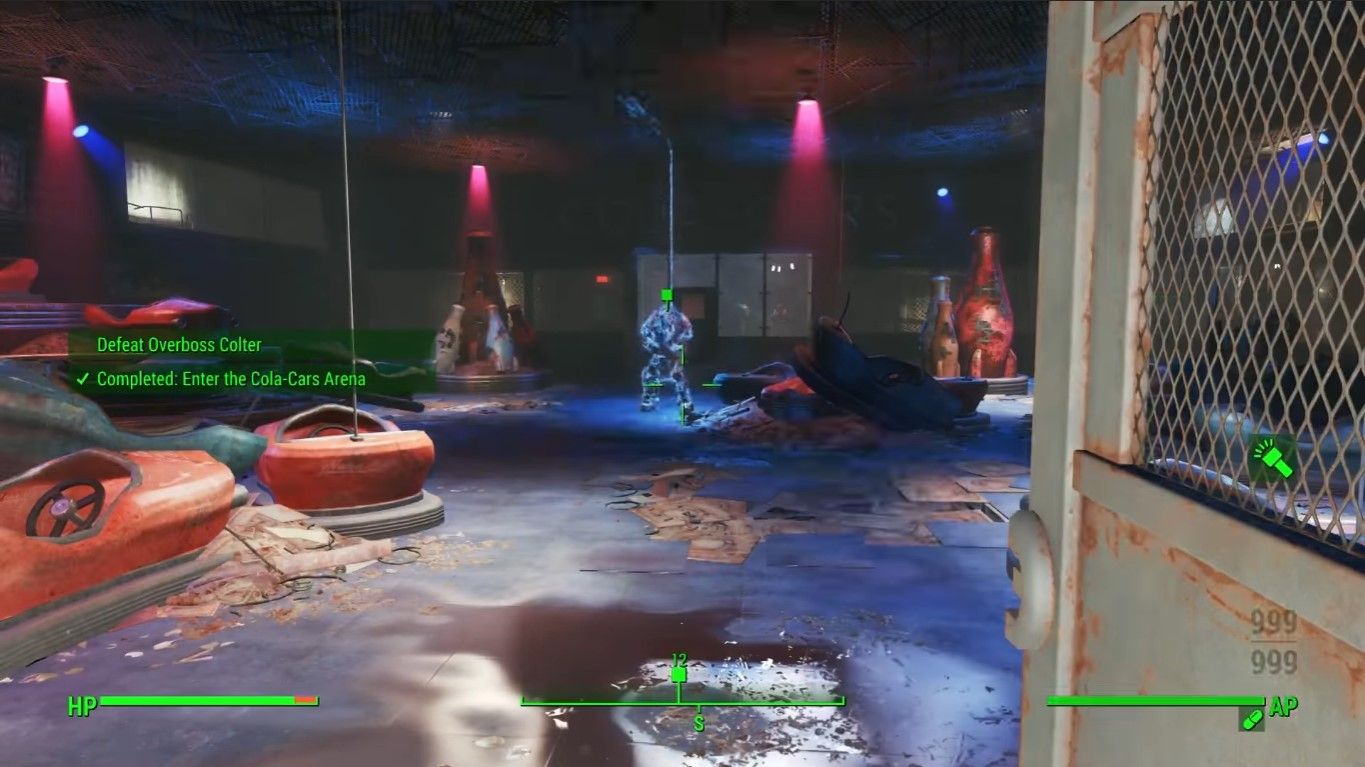 There are a few ways you can prepare for the Colter boss fight and a primary strategy you can use to defeat him. Here's everything you should know about fighting Colter.

Speak To Gage And Prepare For The Battle 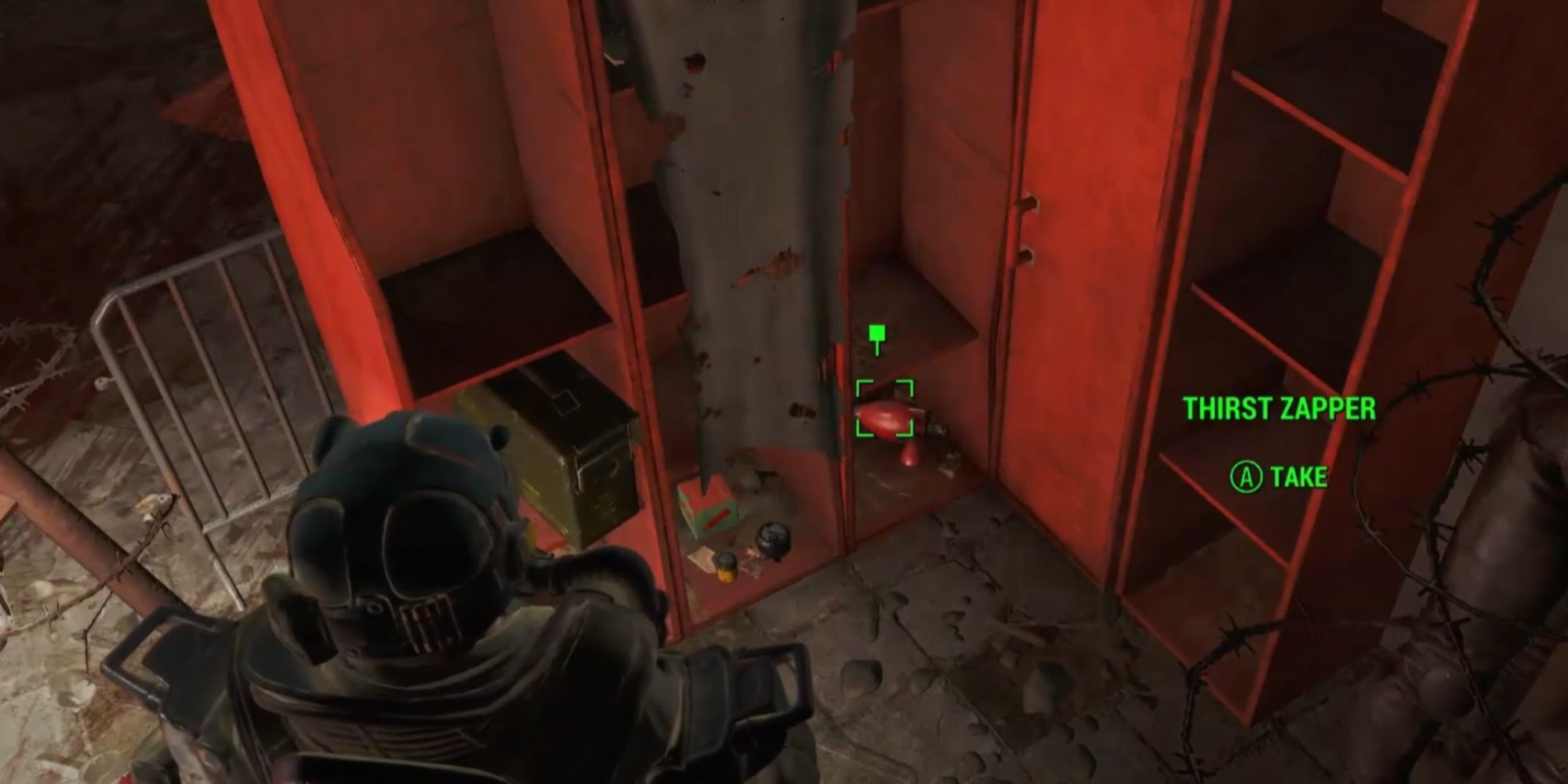 The Colter boss fight is the final step in completing the Gauntlet and gaining access to Nuka-World's park. Upon entering the locker room, you'll hear an intercom speaking to you. A character named Gage is on the other side, and he'll tell you about his plan to kill Colter, who is the current Overboss of Nuka-World.

Gage will detail his plan, which involves using a squirt gun called the Thirst Zapper to destroy Colter's defense mechanisms. Pick up the Thirst Zapper next to the intercom. There are a few other items in the room, including a fusion core that weakens Colter when you remove it from the room. There's also a Minigun and a few Mini Nukes in the Locker Room. Power Armor is useful if you have it, but it's not necessary to win the fight against Colter.

How To Fight Colter 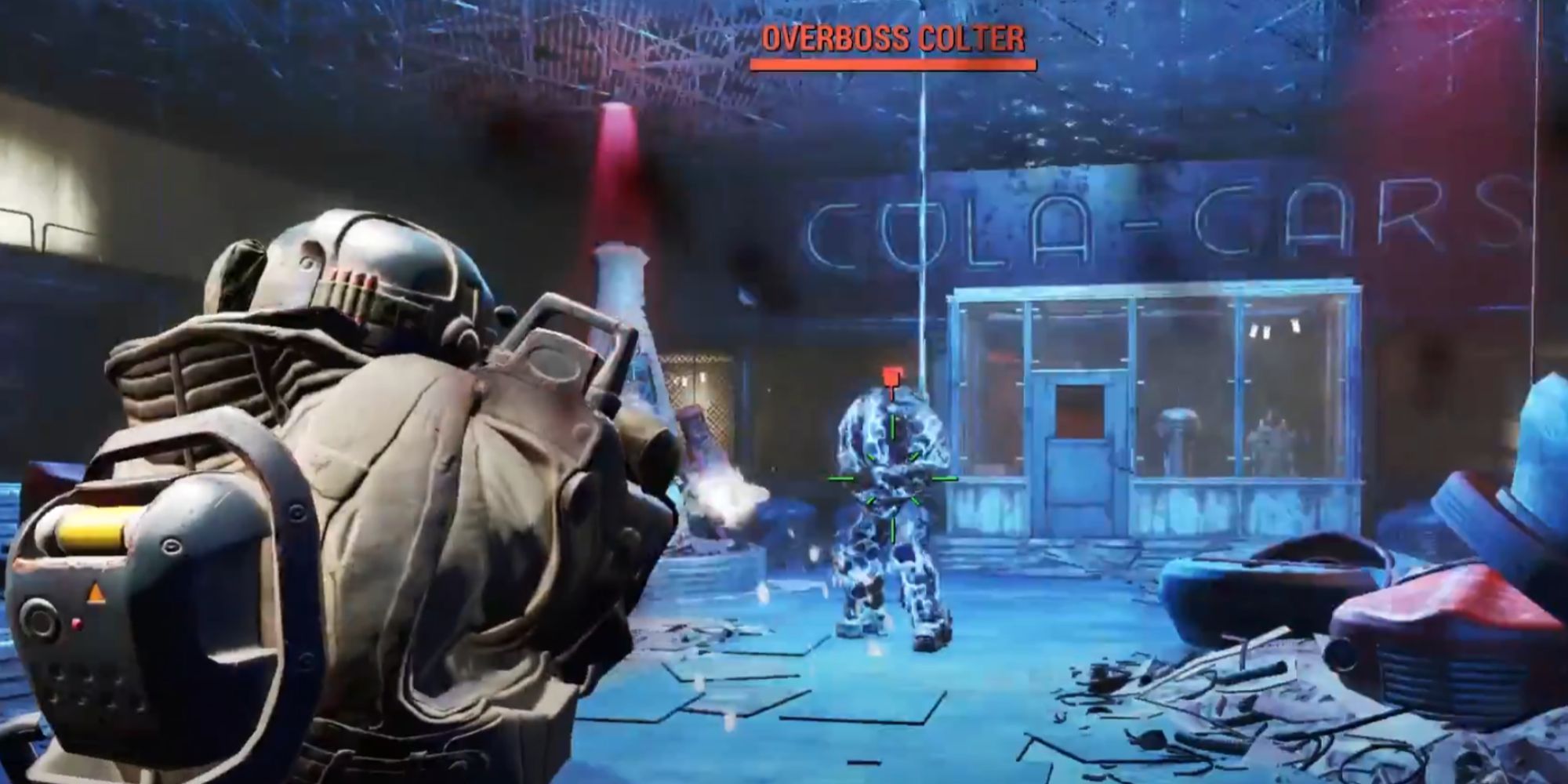 Once you exit the Locker Room, Colter will greet you, and the fight will begin. Equip the Thirst Zapper and blast Colter with water until you see an electric flash. Once you see the flash, equip a damage-dealing weapon and fire at Colter's head. It's best to deal as much damage as possible while his shield is down, so weapons such as the Fat Man or Gatling Laser are ideal.

Avoid using melee or unarmed weapons to damage Colter since he can damage you with electricity while you're near him. Colter's damage shield will recharge slowly, so you'll need to occasionally reequip the Thirst Zapper and shoot him again with water.

Colter's defense has two stages, a weak shield that absorbs partial incoming damage and a shield that fully absorbs any damage you deal to him. The stronger shield is brighter. Regardless of his shield, Colter will shoot at you with his Combat Rifle during the fight, and he also carries a Power Fist.

Once you defeat Colter, you can loot his body and claim the rewards below. You can now speak to Porter Gage to continue the Nuka-World questline.

Everything You Earn For Defeating Colter 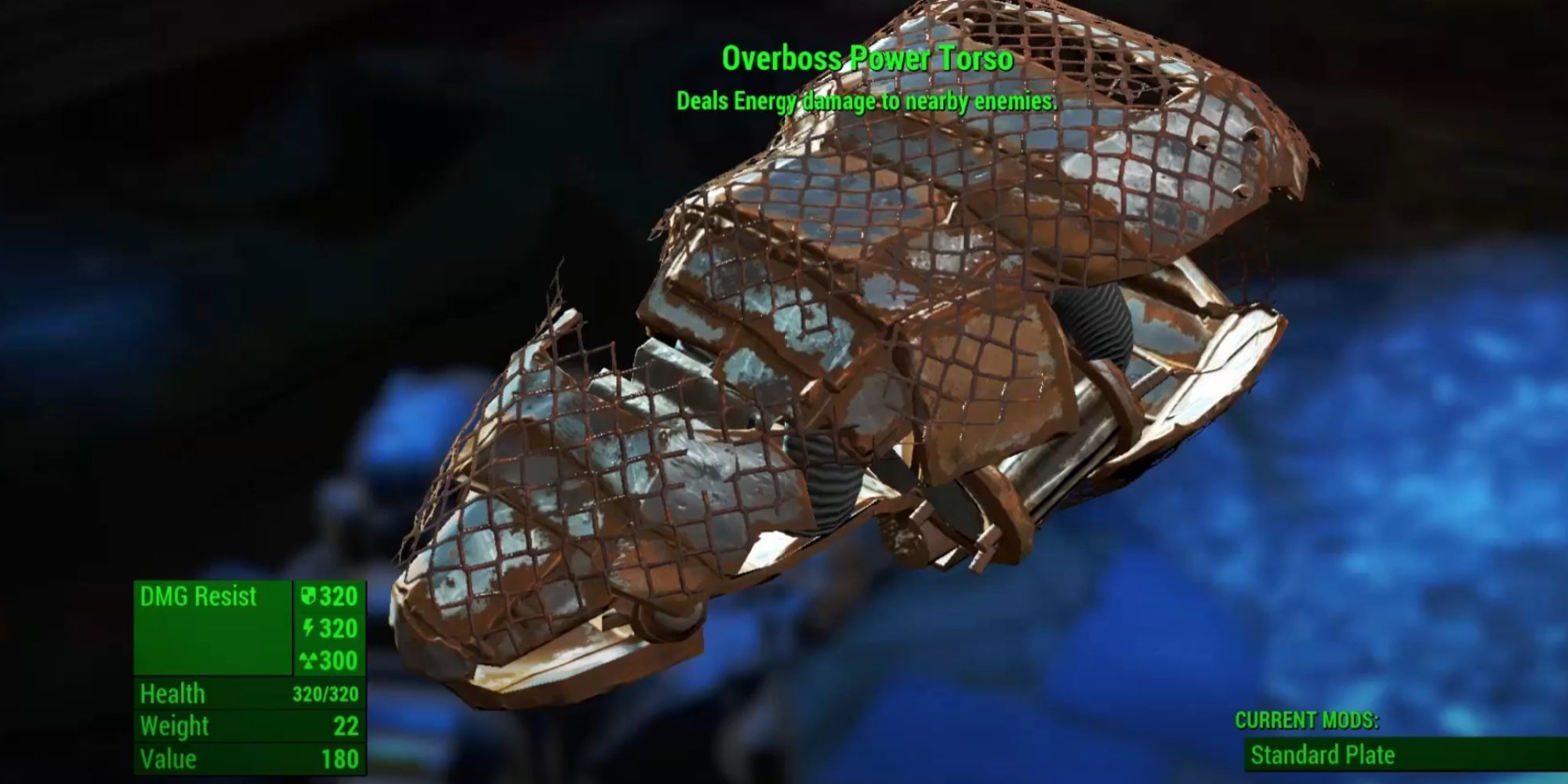 There are two rewards you earn for defeating Colter. The first reward is the Overboss Power Armor, a special set of Raider Armor. The Overboss Armor Torso electrocutes enemies that approach you, so it's a powerful piece of equipment. The full suit offers 1,220 ballistic damage resistance, 1,220 energy resistance, and 1,050 radiation resistance.

Additionally, you gain access to the rest of Nuka-World, and you'll become the park's new Overboss. This will allow you to control the three Raider factions and set up Raider Outposts around the Commonwealth.