Everything We Know About Halo Infinite

Microsoft fans are ending 2021 with a bang: the release of Halo Infinite, the culmination of the Master Chief’s journey of self-discovery, as well as his mission to rescue Cortana from herself. Recent Infinite test flights as well as the recent campaign showcase have revealed several new weapons, but if you’re here, you’re looking for a more comprehensive account of the important information surrounding the game’s release. Here’s everything you need to know about Halo Infinite to prepare for your space-opera themed December: 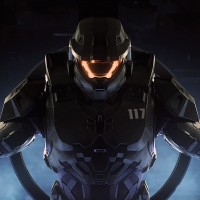 The Story So Far

In the final chapter of the Reclaimer Saga, John-117 is back, discovered adrift (and dormant) in the cold vastness of space. Chief will go head-to-head with a new threat, the Banished, as he explores another Halo Array. The survival of humanity is on the line, and Chief must find a way to thwart his enemies’ plans (likely by destroying the halo ring), escape the ring itself, and find a way to save Cortana from her own “rampancy.”

Halo franchise development director Frank O’Connor, in a candid interview with Time, stated that Infinite, as opposed to the previous numbered entry, will focus more on our favorite green-armored soldier and his bombastic escapades:

“Without giving away too much, at the end of Halo 5, as you well know, the universe has changed so fundamentally that we have no choice but to tell what I would call a much more human story in the next game. Will it be an ensemble game? I think certainly we feel great internal success with the cooperative play in Halo 5, so I think it’s something we’re heavily invested in and we won’t simply abandon.” 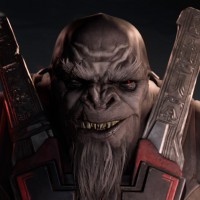 This time around, Chief is joined by the “Echo-216 Pilot.” His real name will likely be uncovered over the course of the game. Still, if the “Discover Hope” cinematic is any indication, the Pilot has emotional stakes of his own to overcome. Lightyears away from family and isolated after the UNSC is defeated by the Banished, the Pilot wants nothing more than to get away from Zeta Halo. Too bad he ran into the most Spartan-laser-focused supersoldier in the universe.

We’ll be fighting The Banished, led by Escharum, the mentor of Halo Wars 2’s antagonist, Atriox. Escharum and his troops single-handedly decimated the UNSC forces on Zeta Halo, establishing the ring as a base of operations. Escharum appears to be a well-spoken, charismatic brute, challenging the Master Chief to brutal combat, “Set a fire in your heart, Spartan! Bare your fangs! Fight hard! Die well.” The Banished have allied themselves with an entity called “The Harbinger” – it’s safe to assume that we’re on the brink of another doomsday scenario.

Additionally, 343 confirmed that Cortana would be returning. What she could be doing with her malicious army of Guardians and whether or not Spartan Locke/Fireteam Osiris or Blue Team will be involved in the narrative remains to be seen. Don’t hold your breath if you’re anticipating a surprise appearance from The Arbiter, but only time will tell.

Zeta Halo is the most expansive world in the Halo franchise. Unlike past installments, which showcased linear routes that seldom led to larger, but enclosed, arenas, Infinite contains expansive hubs with their own ecosystems. That’s right, this is NOT an open-world game. However, we will be able to return to previously visited sectors to uncover mysteries or complete side quests.

You’ll sprint or drive around the map, killing Banished platoons and storming fortified points of interest like AA gun installations. According to 343, the world will be brimming with dynamic encounters, a night-day cycle, and weather effects that change the behaviors of the Banished. An upgrades tab in the 8-minute gameplay trailer indicates that Master Chief’s progression might be linked to his gear. World design lead John Mulkey spoke about his excitement for Halo’s campaign gameplay:

“I love the agency we are creating that really doubles down on that premise of delivering on the promise of Halo: CE. Enemy strongholds can be approached from any direction and there are so many options available for how you take on the challenges at hand. Do I blaze through the front gate in a Warthog full of Marines and just light the place up with zero subtlety? Do I scout the perimeter and discover a subterranean entrance that allows me to enter through one of the interior structures? Do I Grappleshot to a sniper tower, take out the inhabitant and begin picking off enemies from my raised vantage point?”

Sadly, you’ll have to wait to play through Infinite’s story with friends, as cooperative play won’t be available at launch. Nevertheless, 343 has stated that local split-screen is back.

Can you believe it? Halo Infinite’s multiplayer is free-to-play. Competitive Spartans everywhere will be happy to learn that the Battle Pass never expires, eliminating any time-based pressure to rank up for exclusive rewards from season to season. Season one is named “Heroes of Reach” and will have a bevy of unrevealed events and customization options reminiscent of Reach’s deep cosmetics catalog. Grenades and rare weapons like Grav Hammers will still litter the map, allowing for fun power struggles throughout each match. Moreover, the flow of combat is faster and smoother than ever before.

Information about Infinite’s multiplayer modes is still scarce, but we know that classic game types like Slayer, Capture the Flag, Oddball, and Big Team Battle are returning. Academy Training is around for players new to the series (or those that prefer decimating bots). A competitive mode is also in the works for anyone who wants to climb the leaderboards; watch this competitive setting reveal video for more details.

And Forge? Well, we don’t know much about the popular map-building game mode other than that it won’t be available at launch. Recent leaks, however, point to an incredibly comprehensive script editor.

Sure, the gameplay reveal might’ve received a lot of flak for mediocre visuals, but a lot of new equipment that changes Chief’s combat effectiveness was shown in action. Many new weapons are joining Infinite’s loot pool. Some of the new weapons include, but are not limited to:

New vehicles like the Razorback, a variant of the Warthog that can store equipment, and new tools like the grappling hook, drop wall, and pulse scan let you navigate, utilize, and scan the environment(s) in nuanced ways. With a more fluid combat system comes the introduction of gear that can match the frenetic pace of battle. 343’s got us covered.

343 Industries’ Halo Infinite launches on December 8 for Xbox Series X/S, Xbox One, and PC. The game is also coming to Game Pass day one.