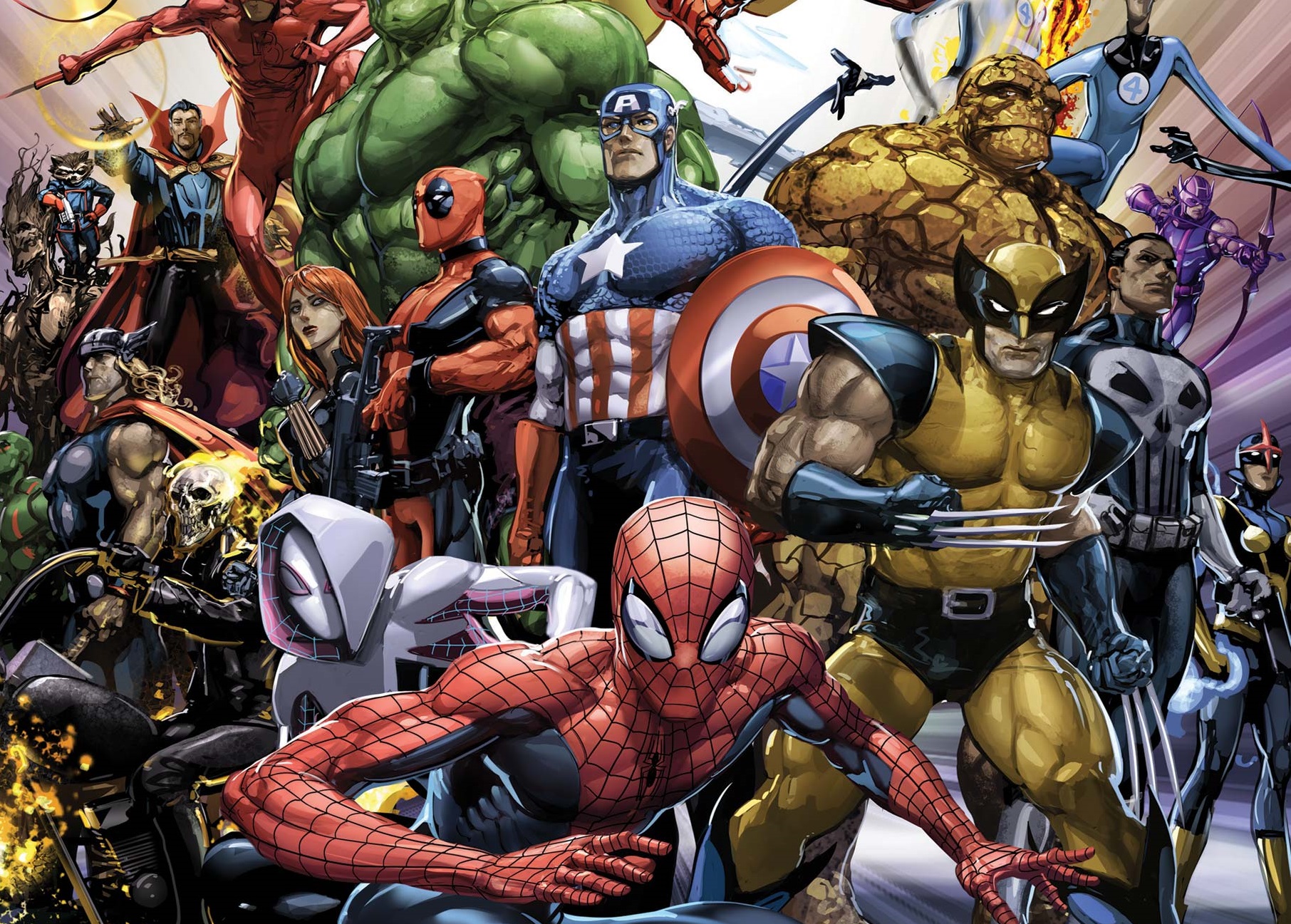 Ahead of next month’s Disney and Marvel Games showcase, we run through every Marvel game we know of and what could be coming in the future.

It’s not just movies and TV shows that Marvel has an abundance of in development. The comic book giant has quite a few high-profile video games in the works as well.

Granted, it doesn’t have a giant release schedule already planned out for them and, if we discount rumours, there’re only a few that have been officially annouced.

With a Disney and Marvel video game showcase planned for the D23 Expo in September, however, there’s every chance we’ll see one or more unveiled then, or maybe something else entirely…

In preparation, we’ve got a run down of every Marvel game we know is in active development, the more notable rumours, and what Marvel could have in store for the future.

Let’s get perhaps the biggest one out of the way. While we still don’t know that much about it, the sequel to Insomniac’s Spider-Man game is already one of the most anticipated PlayStation games for 2023.

Judging by the one teaser trailer we have, both Peter Parker and Miles Morales look set to share the spotlight on equal footing, as they fight against Venom and, judging by the narration, Kraven the Hunter.

We know even less about this second PlayStation 5 exclusive from Insomniac, as all that can be gleaned about Wolverine is that, much like the Spider-Man games, it’s not based on any particular comic or movie.

The game’s creative director has assured anxious fans that the Wolverine game will be ‘full size’ (so not like the relatively compact Miles Morales game) and have a mature tone. So, expect a lot more bloody violence and maybe some swears.

Plenty of eyebrows were raised when rumours of a Marvel strategy game from XCOM studio Firaxis first popped up. Since then, we’ve learned a lot more about its card-based gameplay, cast of characters, and lack of loot boxes.

It’s certainly one of the more intriguing Marvel games we’ve seen in a long time, but the problem is it keeps getting delayed. It was meant to be out this October but it recently suffered another delay and now isn’t expected to launch until 2023.

Last November, it was announced that Marvel was partnering with Uncharted director Amy Hennig and her studio Skydance New Media for a ‘narrative-driven, blockbuster action adventure game, featuring a completely original story and take on the Marvel Universe.’

We’ll be getting a first look at the D23 showcase, with the only clue so far being that it features an ensemble cast. Admittedly, there are a lot of Marvel superhero teams that could be the stars, but a common assumption is that it will feature the Fantastic Four.

Official descriptions for the game also mention the ‘pulp’ origins of Marvel Comics, which also fits Fantastic Four, as that’s where the Marvel universe as we know it truly began.

Within the last month, there have been rumours of not one, but two Marvel games being in development at EA. The first is an open world Black Panther game that’s in the works at a new Seattle based studio.

Weirdly, given it’s not set in the MCU, it’s claimed that the game doesn’t let you play as Black Panther himself, as he starts the game dead. Instead, you make your own custom character who must take on the mantle of the Black Panther.

The second is an Iron Man game, but all that’s been said about that one is that it’ll also be a single-player game.

It’s perfectly believable that EA would want to get its hands on the Marvel licence, especially considering it already has a relation with Disney through its Star Wars games. In fact, EA and Marvel are already collaborating on FIFA 23, of all things.

On the subject of rumours, there was also speculation that Ubisoft had got hold of the rights to make a Blade video game, one directly based on the upcoming MCU movie.

However, Ubisoft has now publicly denied any such project is in development. They also have a Star Wars game on the way though, so it wouldn’t be a surprise to find they’ve been talking to Disney about Marvel games too.

At the very least, we wouldn’t put it past Marvel to have at least one major video game release in the next few years that features Kang the Conqueror as its main villain.

Kang is already slated to be the new Thanos level threat in the MCU, so video games are a good place to further educate new fans on what kind of character he is. (He was also the main villain in Lego Marvel Super Heroes 2 – which was a lot of fun in its own right and actually does feature Squirrel Girl.)