Many of High on Life's battles can get a bit repetitive, except for the boss fights. The boss fights pit you against unique aliens with special powers and various tricks to try and defeat you. The higher-ups of the G3 Cartel will stop at nothing to prevent you from thwarting their plans to turn humans into drugs.

As you play through High on Life, you'll become a Bounty Hunter. That's what everyone will call you. And with that comes tracking down bounties on the board. The different bosses in the game can be marked through the bounty board. From there, you'll have the fight of your life to save your home planet as you experience some rather interesting boss battles.

Due to the nature of boss battles in general, this list will contain spoilers; be warned. 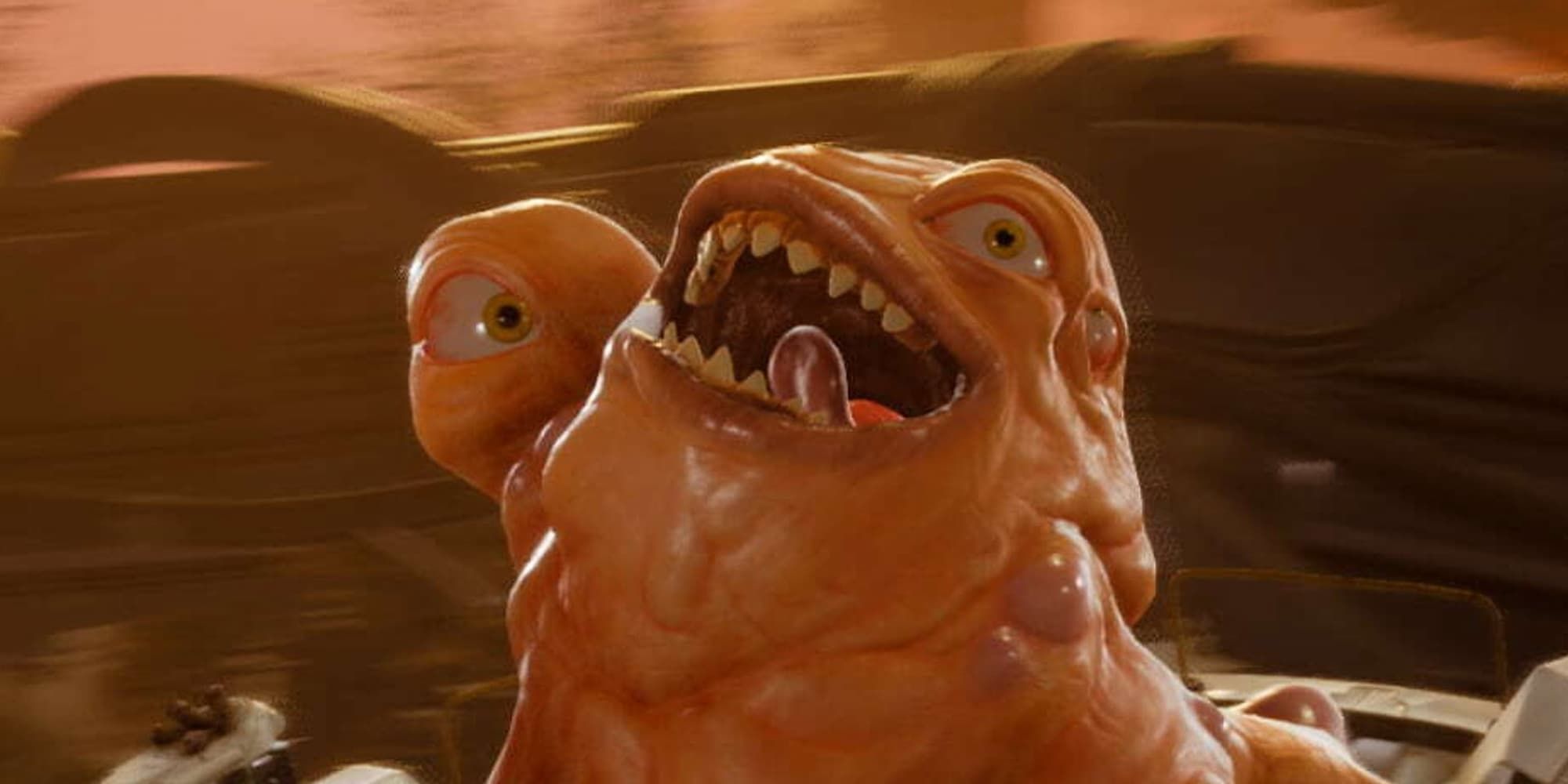 Garmantuous is the big bad of High on Life. This alien runs the G3 Cartel and is the final boss you face before the credits roll. This level of authority makes it very surprising just how underwhelming the fight against Garmantuous is. This is probably because you obtain Lezduit just prior.

Lezduit is a weapon of epic proportions. It delivers massive electric shocks that can take out multiple enemies at once. Even on the hardest difficulty, you'll be able to dodge Garmantuous' attacks and shut him down with Lezduit. 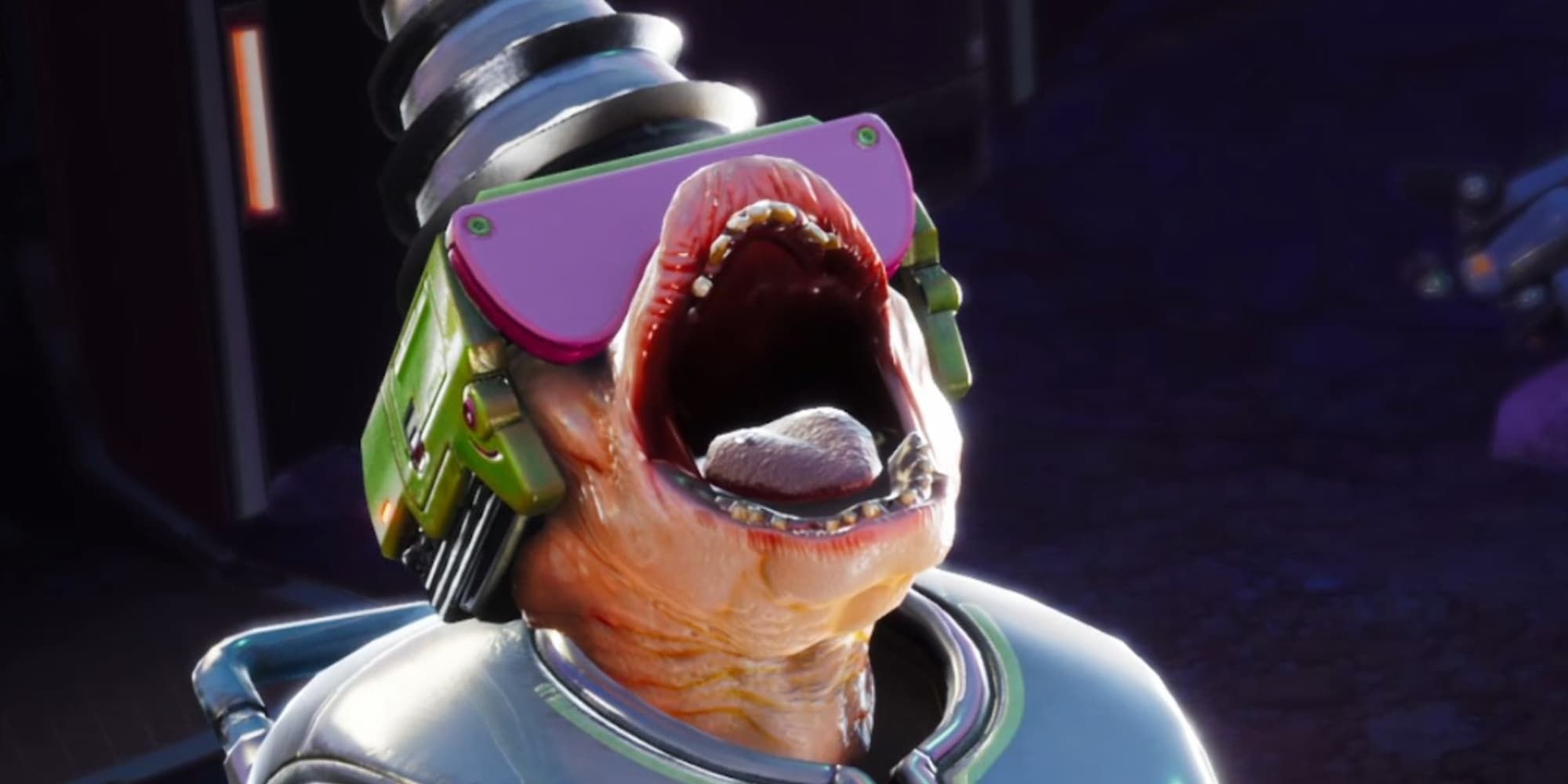 Krubis is one of the early bosses in High on Life. He has a drill attached to his head that he uses to burrow underground. This is his way of trying to outmaneuver you, especially when he drills back into his office and sends grunts to do the dirty work.

He becomes very predictable after a short while. Use the bees to stay in the air by swinging with Knifey. This will help you avoid the red lasers, which indicate where he'll lunge with his drill head. A handful of Glob Shots from Kenny are enough to stun Krubis and take him down without trouble. 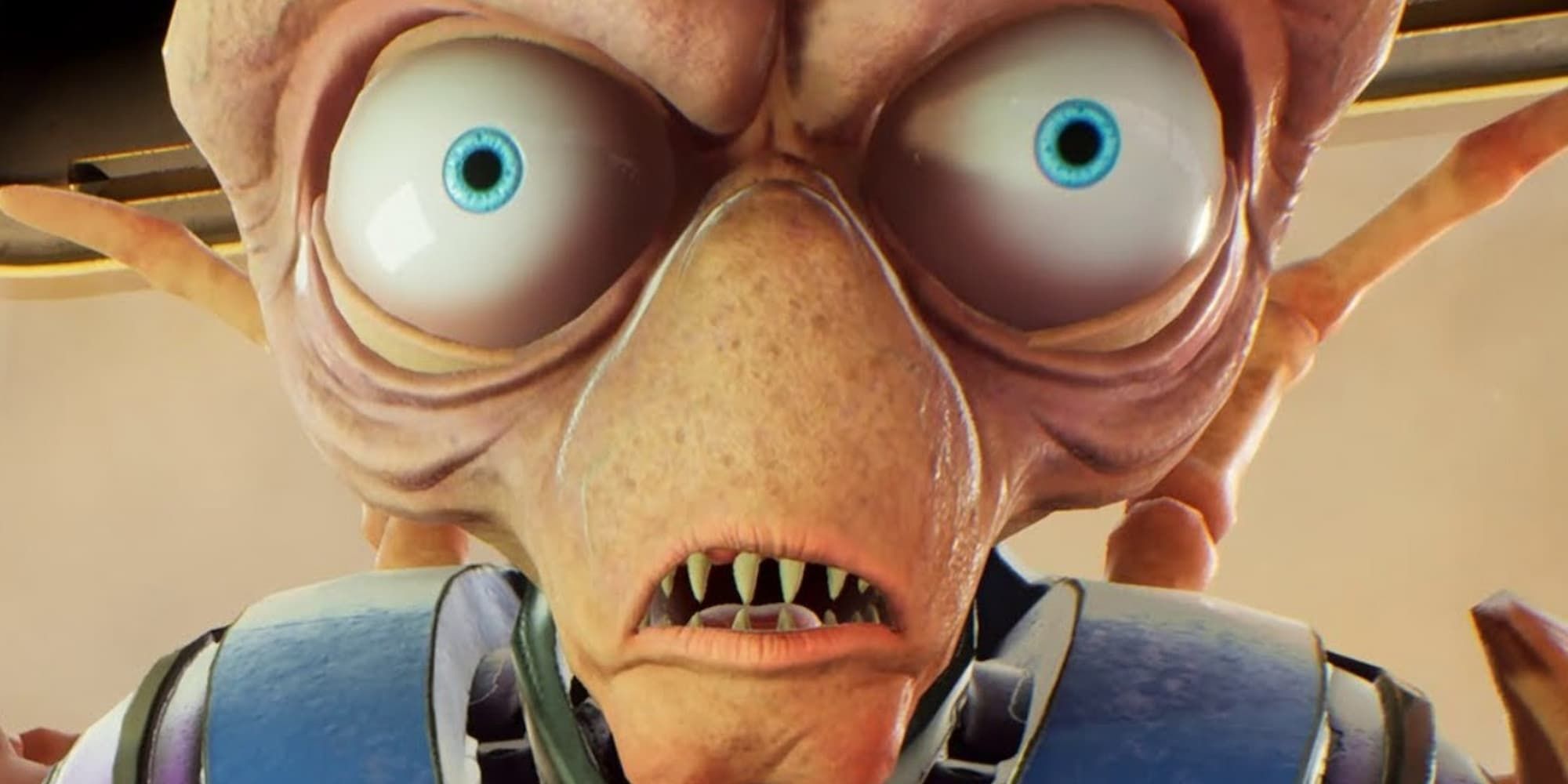 Nipulon is a bit busy at first, but he eventually makes time for a meeting with you. As you enter his office, the boss fight will begin. Just fire away at him with whatever weapon you've got. Take his health down, and he'll drug you, sending you into a warped hallucination.

The patience needed to complete this battle is the toughest part. Fight through the multiple copies of Nipulon, navigate through the false realities, and get back to his office to finish him. All that waiting in the lobby just for him to be a pushover. 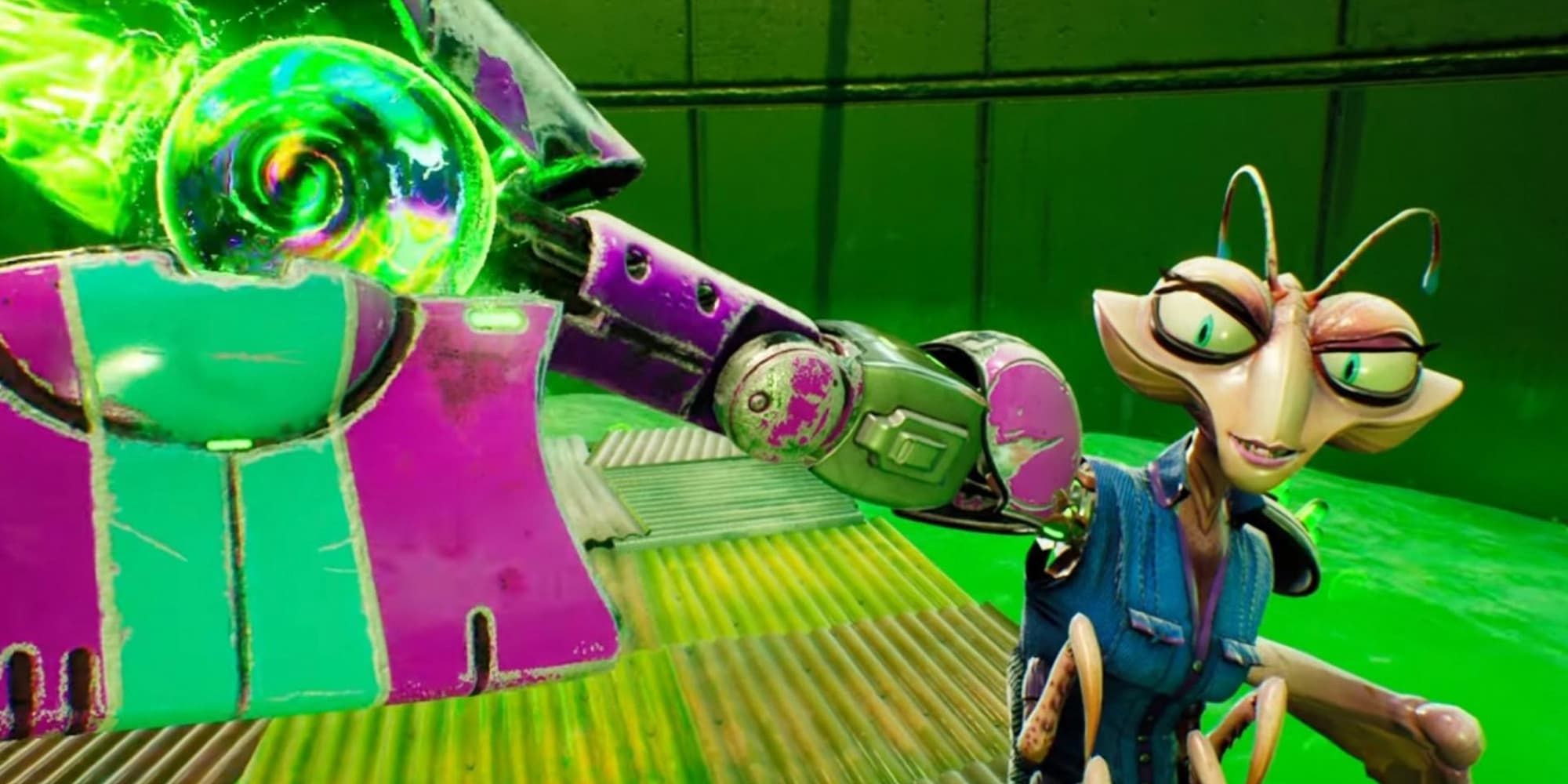 9-Torg is the first bounty you'll go after in High on Life. This is a bounty to get your feet wet, but she's no walk in the park. She's quick and nimble, which can be disruptive if you haven't gotten the hang of things that early in the game.

Swing around with Knifey to avoid the acid that rises from below, and use Kenny's Glob Shot to stun 9-Torg. It's a difficult battle to kick things off on your bounty-hunting adventure. This boss fight definitely prepares you for what's to come. 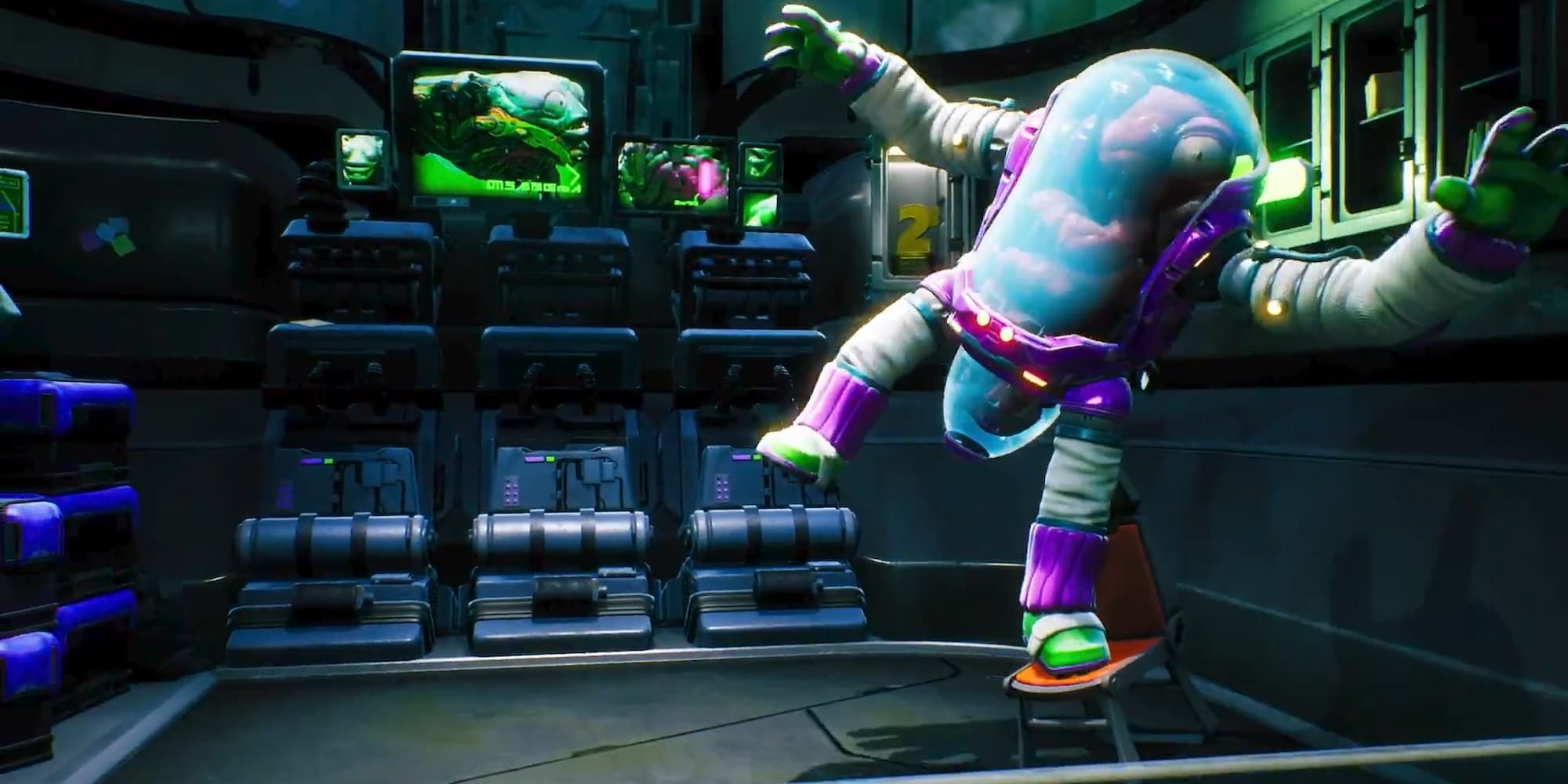 Dr. Giblets would be the first entry if this was a ranking on how easy the fights are in High on Life. In fact, you don't even fight Dr. Giblets at all. When you track him down, you startle him, he falls from his chair, his helmet cracks, and he dies. That's that.

The true test comes after you see Dr. Giblets meet his unfortunate demise. He appears as a hologram to order G3 members to attack you in a gladiatorial type of battle. Even in death, Dr. Giblets makes his presence known. 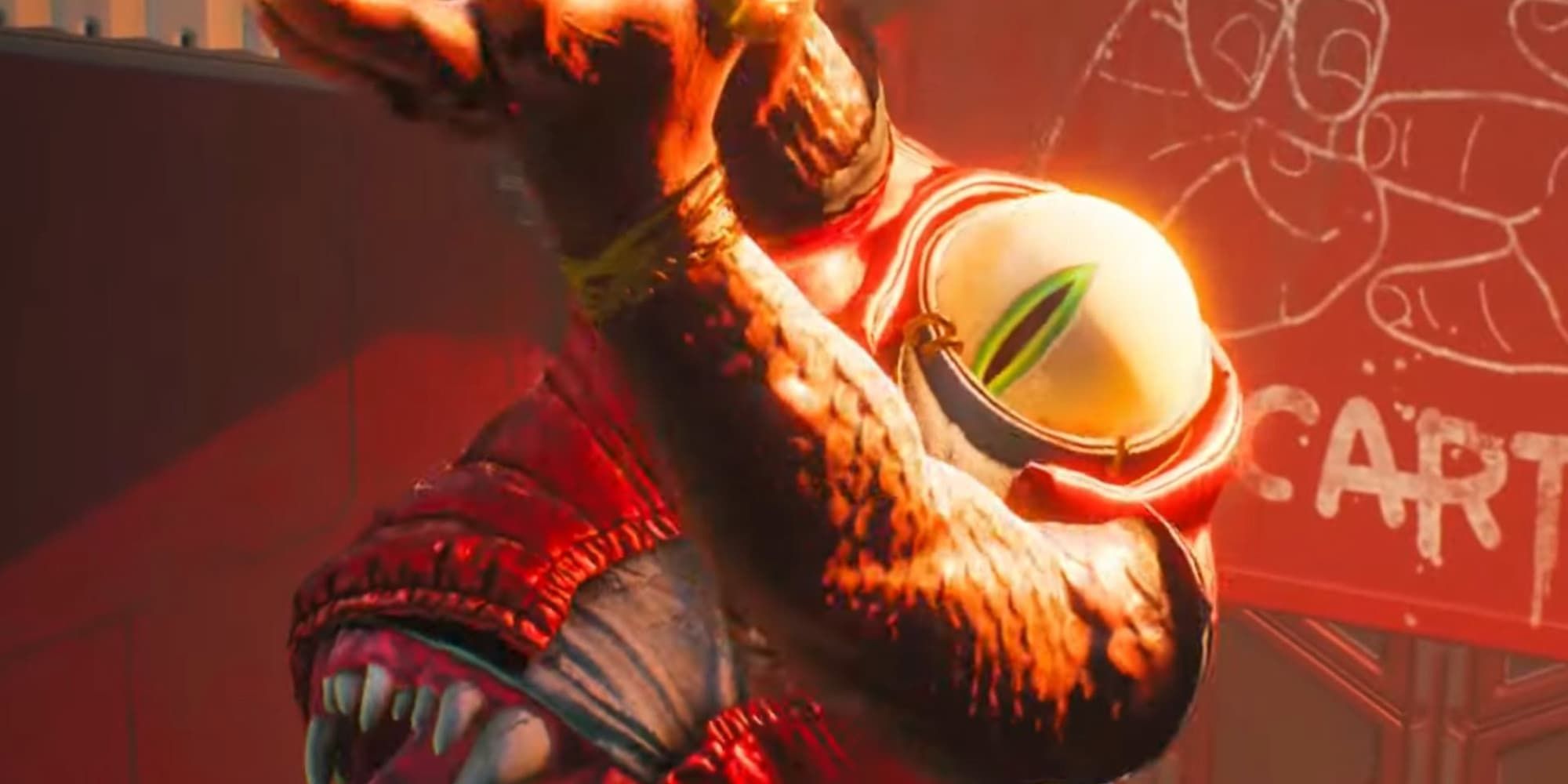 The Skrendel Bros are Jonathan, Angela, and Mona. You have to take them on separately throughout the mission, but the true boss fight doesn't start until the three of them stand on each other's heads. They then form the almighty Bro-Tron.

They gain additional attacks as Bro-Tron and can disperse to fight you as the three individuals at any time. When this happens, focus on just one to defeat them and remove a vital piece of Bro-Tron. This is definitely one of the stranger boss battles High on Life delivers. 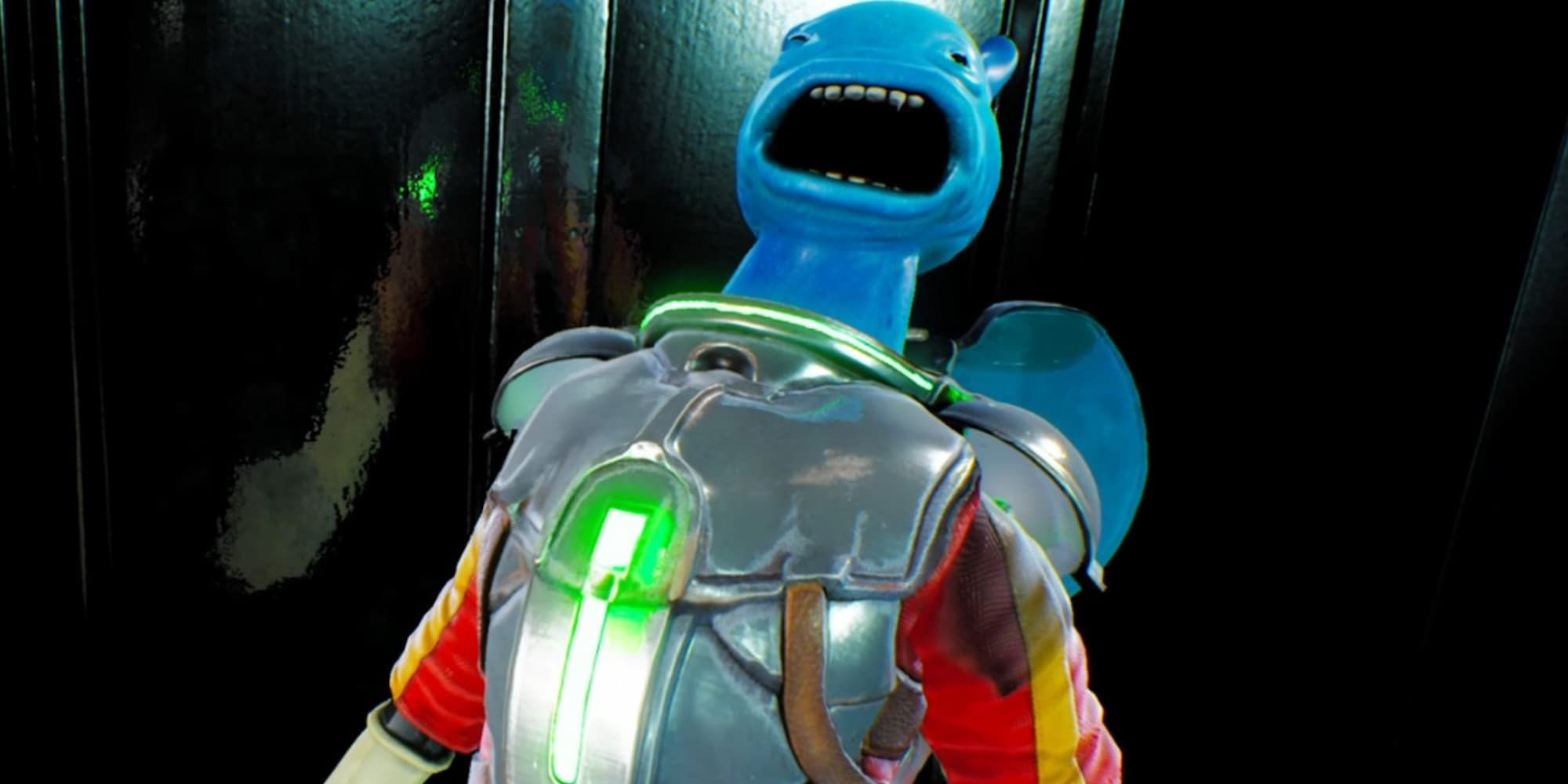 The Douglas boss fight is one filled with mystery, puzzle-solving, and betrayal. At first, you'll have to help Dr. Joopy move along a system of pipes. This will help the doctor find his way into Douglas' base so that he can open the door for you. Well, surprise, Dr. Joopy is Douglas.

You just helped the G3 Cartel boss get back to his special suit so he can wreak havoc. After the big reveal, he darts around the room while triggering electricity on the floor. You'll have to avoid electrocution and his speedy attack,s all while trying to fire upon him. The intricate details and trickiness of this boss fight make it stand out over all the rest in High on Life.