Cybersecurity startup Huntress today announced it has closed a $40 million series B funding round led by JMI, with additional investment from ForgePoint Capital and Gula Tech Adventures. The company says the funds, which bring Huntress’ total raised to nearly $60 million, will be used to grow the company’s platform, as well as its software development team.

According to a recent study published by the University of Maryland, hackers attack every 39 seconds, and they’re often successful. The average time to identify a breach in 2019 was 206 days, at which point the cost could be in excess of $3.92 million. Some 20% of organizations get hit with cyberattacks six or more times a year, and 80% say they’ve experienced at least one incident in the last year so severe it required a board-level meeting, IronNet reports.

“We help IT resellers protect their customers from persistent footholds, ransomware, and other attacks — and with a laser focus on a specific set of attack surfaces, vulnerabilities, and exploits,” a spokesperson told VentureBeat. “Most recently, our team was notified about undisclosed Microsoft Exchange vulnerabilities successfully exploiting on-prem servers. The Huntress team was able to confirm this activity, with one of the first detections around March 1. From our research, we’ve checked over 3,000 Exchange servers and saw roughly 800 remain unpatched, identifying over 300 of our partners’ servers that have received webshell payloads. Events like this aren’t anomalies and they aren’t behind us.”

Huntress’ software-as-a-service platform collects and analyzes metadata about apps scheduled to execute when a computer boots up or a user logs in. An agent inventories the apps and sends data back to an analysis engine, which taps algorithms to discover outliers in the dataset, taking into account file reputation, frequency analysis, and other factors. When an anomaly is detected, Huntress delivers remediation recommendations into ticketing systems to affected members of the organization. 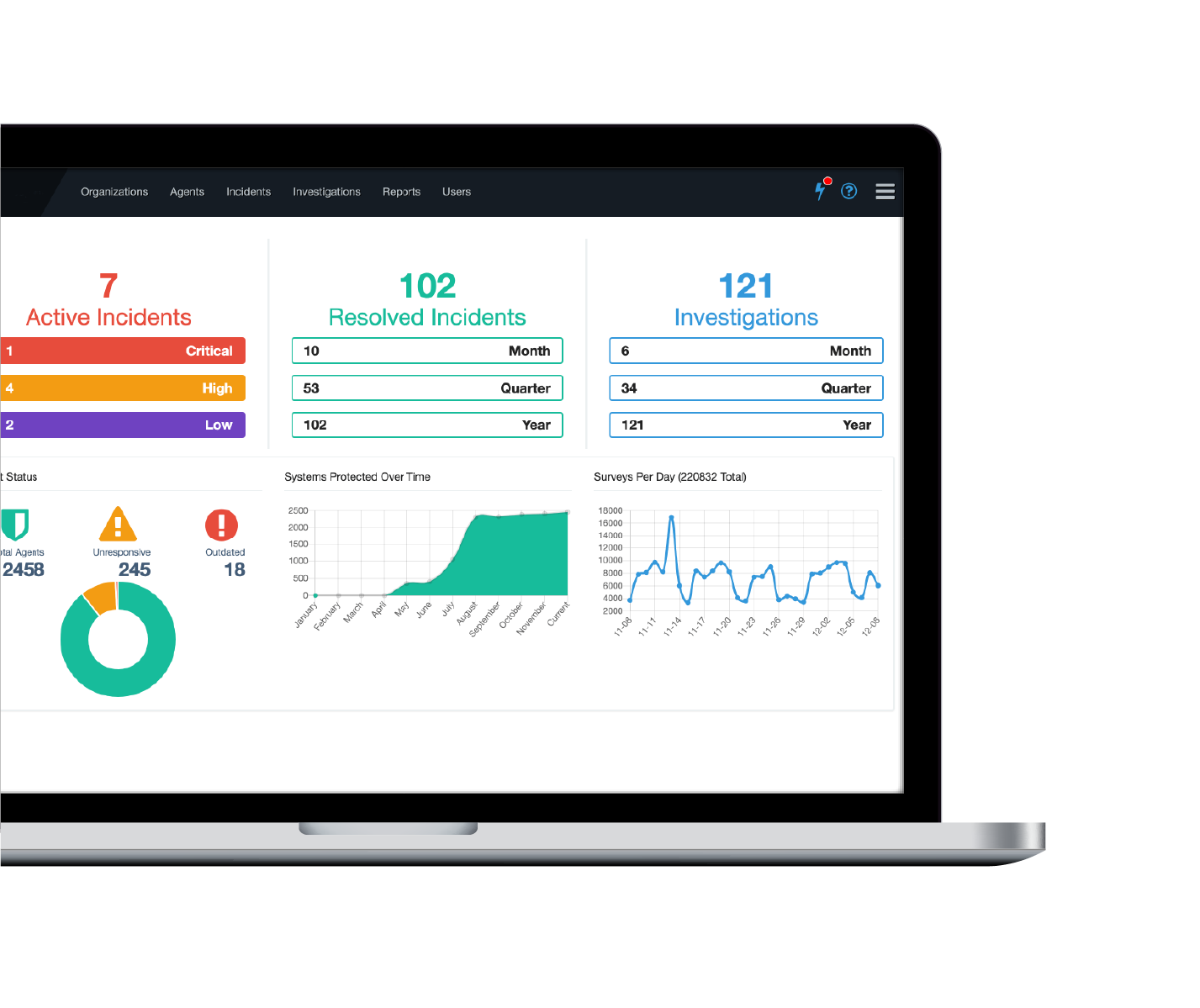 According to Hanslovan, Huntress, which he claims can be deployed to as many as hundreds of endpoints in less than 10 minutes using existing remote monitoring management software, has discovered tens of thousands of data breaches to date.

“The security industry is full of broken promises, and that’s often devastating to businesses and livelihoods,” Hanslovan told VentureBeat via email. “We’re thrilled to have partners who not only believe in Huntress’ mission but are working alongside one another to provide effective security to the 99% — the small and medium-sized businesses who make up the backbone of the U.S. economy.”

Competition is fiercer than ever in a cybersecurity segment that will soon be worth $300 billion, according to Global Market Insights. There’s IntSights, TrapX Security, CybelAngel, and Deep Instinct, all of which take an algorithmic approach to threat detection. That’s not to mention San Francisco-based ZecOps, which recently nabbed $10.2 million for its tech that automates analysis and response to cyberattacks, and Trinity Cyber, whose threat-combating suite combines detection with “adversary inference.” There’s also Lacework, which protects cloud environments from data breaches.

But buoyed by the pandemic, Huntress has managed to retain a foothold. The company is headquartered in Ellicott City, Maryland and has 89 employees. It now counts 1,500 managed service providers and over 25,000 businesses among its customer base. And annual recurring revenue surpassed $10 million earlier this year.

“Security has only become more complicated — and more important — against the backdrop of COVID-19, as a result of the sharp pivot so many businesses have made to work remotely and across distributed teams,” the spokesperson said. “Looking ahead, we’ll continue to focus our efforts on the attack surfaces that hackers target most frequently — and successfully — in SMB environments. We’re planning to enable our partners to more effectively manage preventive solutions like antivirus and firewalls while moving beyond endpoint detection to increase visibility into network traffic and cloud-based email threats.”