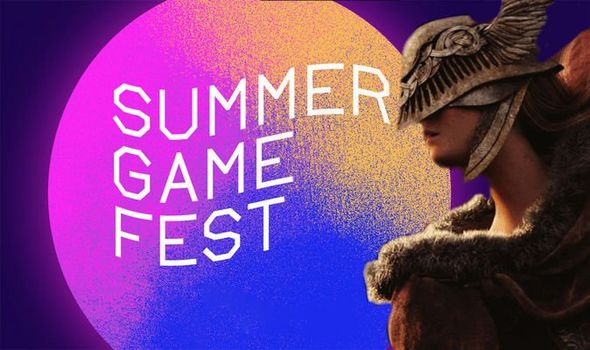 From Software fans are counting down to the rumoured re-reveal of Elden Ring.

Elden Ring will reportedly be showcased during the Summer Game Fest event, which begins with a special Kickoff Live stream on June 10.

UK fans can tune in live by clicking play on the YouTube embed below from 7pm BST.

While the exact line-up is yet to be announced, there are rumours that Elden Ring could take centre stage during the event.

Organiser and host Geoff Keighley recently dropped a hint that Elden Ring would make an appearance during the Summer Game Fest.

It all started with a viral tweet in which Keighley appeared to be locked in a cage during last year’s Game Awards.

Posted by Twitter user @9_volt, the tweet was accompanied by the following caption: “Geoff keighley in gamer prison after mentioning elden ring on stage without showing any gameplay.”

Keighley recently referenced the tweet with a post showing a baby panda trying to get out of a cage. It was captioned: “I WILL BREAK FREE!”

Elsewhere, Keighley also retweeted a post from the Earthskyscience account, which mentions a solar eclipse taking place on June 10.

“On June 10, 2021, the rather distant new moon gives us an annular – ring of fire – solar eclipse,” the tweet reads. “A bright annulus, or ring, will surround the moon silhouette.”

The caged panda tweet followed by the “ring of fire” solar eclipse tweet has led to renewed speculation that Keighley will show Elden Ring gameplay footage during the event.

VentureBeat’s Jeff Grubb added to the rumours by claiming Keighley has the Elden Ring trailer in his possession.

Fans will find out for sure when the Summer Game Fest event kicks off at 7pm BST on June 10.

If Elden Ring doesn’t appear at the Summer Game Fest, then there’s a good chance we’ll see something at E3 2021.

Elden Ring could be showcased during the Xbox event at 6pm BST on June 13.

Alternatively, we could see more from Elden Ring during the Bandai Namco event at 10.25pm BST on June 15.

Elden Ring is a fantasy adventure collaboration between From Software’s Hidetaka Miyazaki and Game of Thrones author George R.R. Martin.

“Elden Ring is From Software’s largest game to-date and is set in a sprawling realm steeped in a rich and bloody history crafted by Hidetaka Miyazaki – creator of the influential and critically acclaimed DARK SOULS video game series; and George R.R. Martin – author of The New York Times best-selling fantasy series, A Song of Ice and Fire.”