Elden Ring players are finding that the game isn’t quite as hard as other From Software titles. That largely has to do with the fact that you can take a step back, grind up your character, and then return to fight bosses when you feel ready. But some players aren’t too keen on the grinding part of Elden Ring and just want to have end-game power right at the start. And those players are being catered to directly thanks to people on eBay selling Elden Ring Runes.

Search for "Elden Ring Runes" on Ebay, and you'll find a variety of sellers with prices ranging from $25 for 20 million runes to $8 for 1 million runes. You can also buy weapons, armor, and other items, but runes seem to be the biggest draw.

Eurogamer confirmed the actual transaction process. First, the buyer purchases runes on Ebay, then the seller contacts the buyer and provides a password, time, and location in-game. Then both lay down summoning signs and meet at the appointed time and place to make the exchange. It seems that Eurogamer's seller just had a bunch of Gold Runes waiting on the ground for when the buyer arrived. 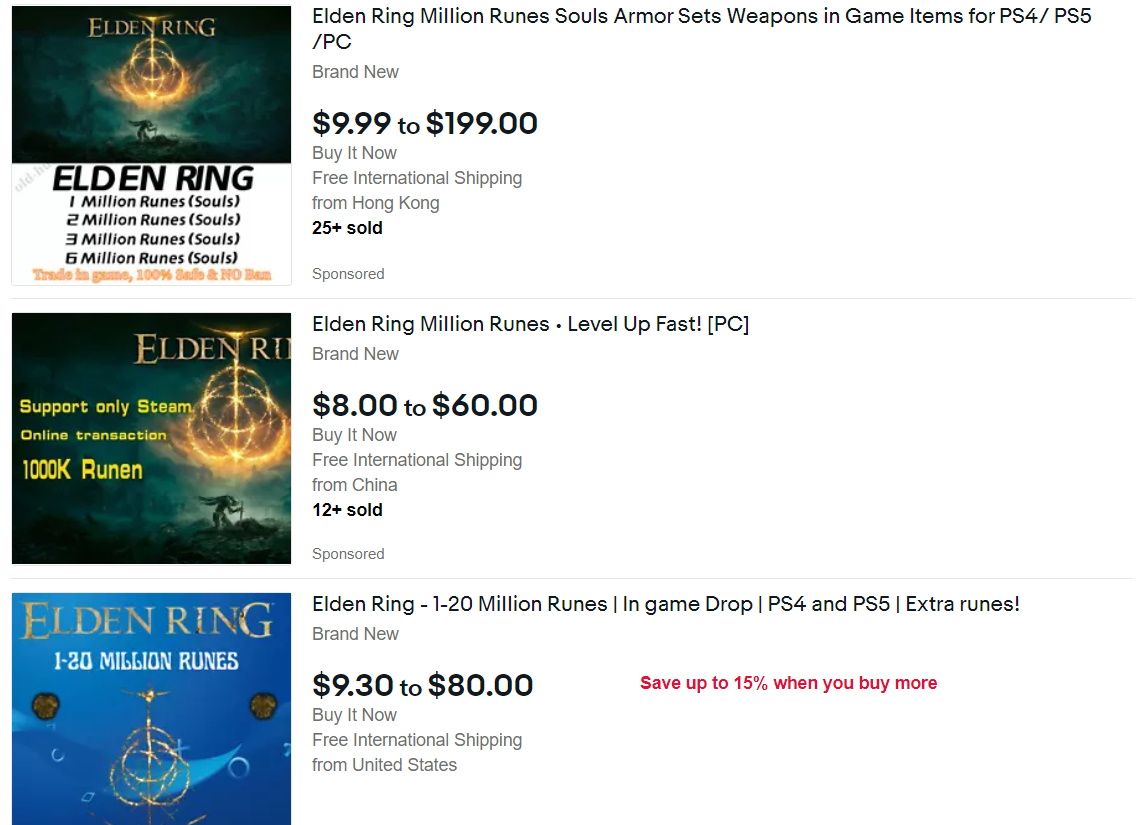 Given that the buyer is the one taking all the risks, there's every possibility that buying runes on Ebay could turn out to be a scam. IGN reports that sellers are often exploiting duplication glitches to make piles of Golden Runes, which can then be exchanged for regular runes by the buyer.

IGN also notes that selling anything in Elden Rune for real-world money is against the game's terms of service. So far, Bandai Namco hasn't made any statements about Elden Ring's apparent black market, but that doesn't mean it's not tracking the situation and planning to take action in the future.

There’s no real reason to buy runes anyway. There’s no shortage of runes in Elden Ring, and half the game is building up your character to make defeating each boss easier. Just remember to steer clear of Stomveil Castle’s Gatekeeper Gostoc if you want to keep your runes in your pocket.