Elden Ring has it all. A big tree, a big knight, a big castle, a big horse—you get the picture. Well, maybe not all. It doesn't have Dark Souls' signature Praise the Sun gesture, an icon of the series, but one fan has fixed that.

Cleverraptor6's mod replaces the Point Up gesture with Praise the Sun, one of Dark Souls' most famous besides Well, What Is It? It was first introduced in Demon's Souls but not as a gesture, instead appearing as an animation for a miracle, but it was made the symbol of the Sun Bros in Dark Souls, reappearing in 2 and 3 due to popular demand.

All you need to use it in Elden Ring is Mod Engine 2 and the mod itself. With it installed, you can go in-game and find Point Up replaced. Just grab a bucket helmet and some knight-ly garbs and you can even cobble together a half-decent Solaire cosplay. Jump in for some jolly co-operation and if anyone else points up at you, they'll also be praising the sun. 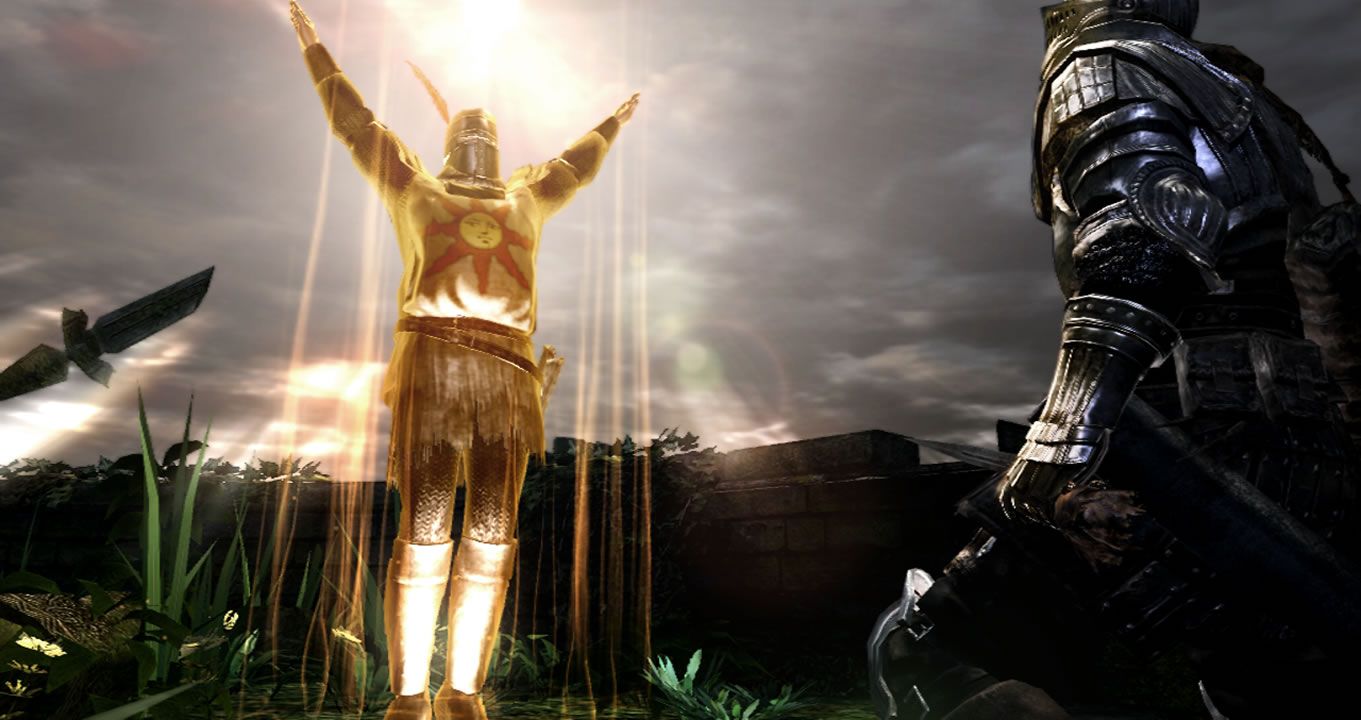 It's not Elden Ring's only Dark Souls mod. Since its launch, the community has been hard at work patching in other fan-favourite motifs like the famous Onion Knight set, or as it's actually called, the Catarina armour. There's also the Undead Legion set of the Abyss Watchers and Dark Souls 2's Shadow set, remastered to fit Elden Ring's visual fidelity.

If you're not big on armour, there's always the Estus Flask. You can swap out Elden Ring's own drink for some Sunny D to make chugging feel a little more familiar. Chuck them all together and Elden Ring might feel even closer to Dark Souls 4, especially with the reused mohawk rat and chest textures.

But if you're jumping into Elden Ring from Sekiro or Bloodborne, there are mods for you too. One such mod turns you into Sekiro's final boss, while another adds Bloodborne's side-to-side dashes and parrying system. Or if you're a fan of the lot, you can mix all these mods to make Elden Ring a big FromSoft melting pot.