Elden Ring Mod Brings Mario And Luigi To The Lands Between

If you give it enough thought, Elden Ring's setting is not too far off from that of Super Mario. Both involve finding yourself in a strange land with varying biomes and nightmarish creatures, both feature a princess making you run around on a wild goose chase, and both feature a trusty mount companion who can save your life in tight situations. They're essentially the same game, aren't they?

So then, it makes sense that Mario and Luigi would crawl down a Scarlet Rot infested pipe and find themselves in The Lands Between. No, believe it or not, this is not an official DLC by FromSoftware, but actually a mod, if you couldn't tell the difference. Created by jjaneck1, the Mario and Luigi Elden Ring Saga introduces the plumber siblings to the game in their original art style. Although, Mario may look a bit taller and has lost some weight – good for him!

Like most cosmetic mods, these skins go over a certain time of armour – for Mario it's the Mushroom Armor Set, although the creator notes that you might want to set your head size to max so that your chin "doesn't look as goofy". As for Luigi, you'll have to grab the Iron Armor Set. Another neat little thing they added was a skin for the hammer from Mario & Luigi: Superstar Saga, which goes over every Club type weapon by default. 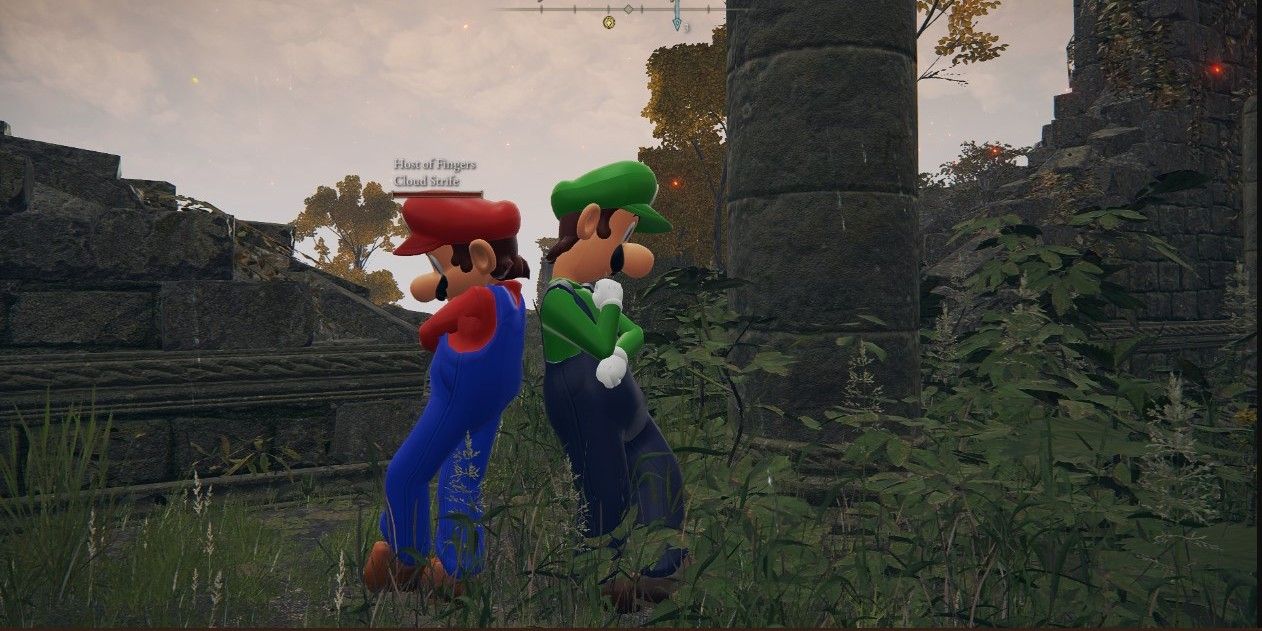 Because the mod includes skins for both brothers, you can stomp on your enemies together in co-op gameplay. Now all the mod needs is a Yoshi skin for Torrent, and a Bowser skin for Radahn to give you the Super Mario soulslike you never knew you wanted. However, there are a few other mod requirements you'll have to address in order to get the skins to fit perfectly.

Dark Souls servers are back up after a seven month hiatus. Back in January, a good samaritan spotted a fatal flaw in the Dark Souls online architecture, which would let potential hackers take over your PC. Once Bandai Namco got wind of this, the company immediately took the servers for all Dark Souls games offline, until the issue was fixed.