Dusk Diver 2 is a JRPG at heart – and action-based on that. Sure, there may be a fair share of story dumping and city trekking, but the main thing you will be doing is fighting enemies. Enemies litter not only dungeons, but the very streets – avoiding them is simply not an option.

Being action-based, combat has a degree of real-time nuance you won’t find in more traditional JRPGs. You are expected to move, jump, combo, and dodge at a moment's notice, and there are a fair few systems mixed in there to keep things from devolving into a button masher. 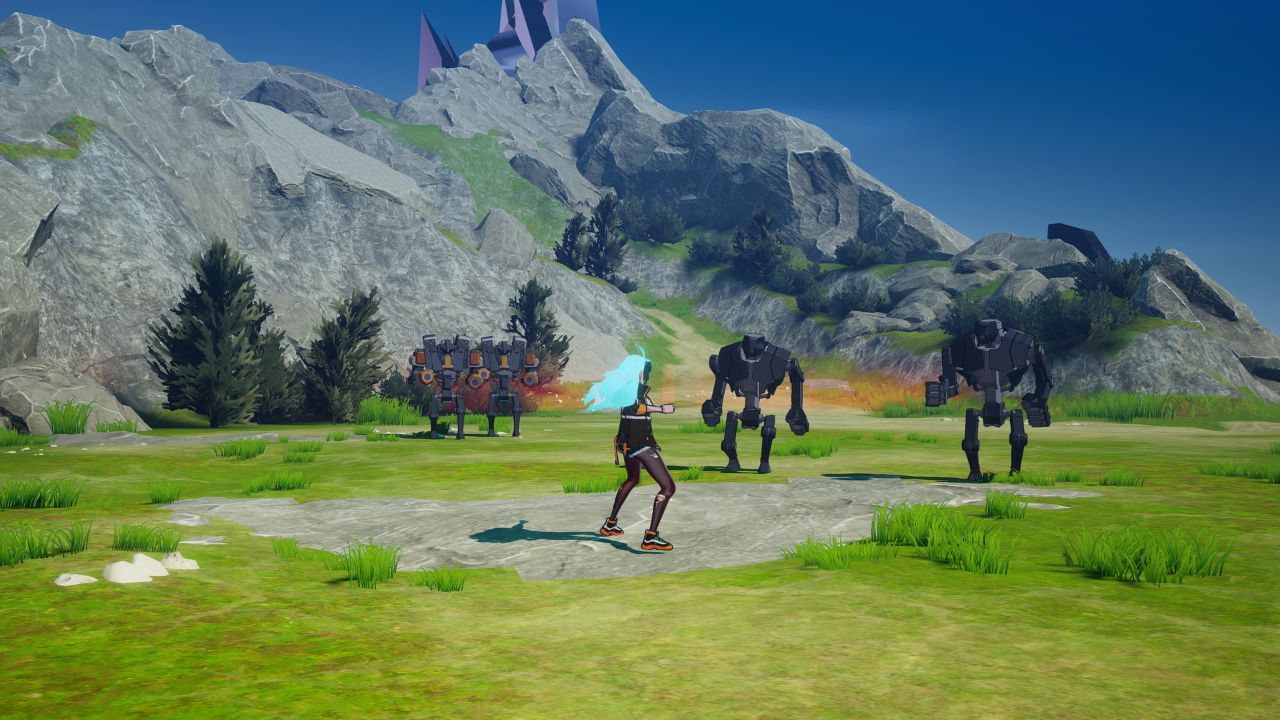 The core of any combat system is combos. Dusk Diver 2 allows you to mix up Light and Heavy Attacks to perform various combos. These are incredibly basic at first, but as the game progresses, more moves unlock and your combos can become comparatively complex.

Not only that, but you are running around with three companions, and each companion has their own unique combos, mechanics, and unlockables, giving Dusk Diver 2’s basic combat a decent amount of depth. You can just mash Light Attack, of course, but learning to pull off flashy combos will pay off with more rewards, greater damage, and shorter encounters. 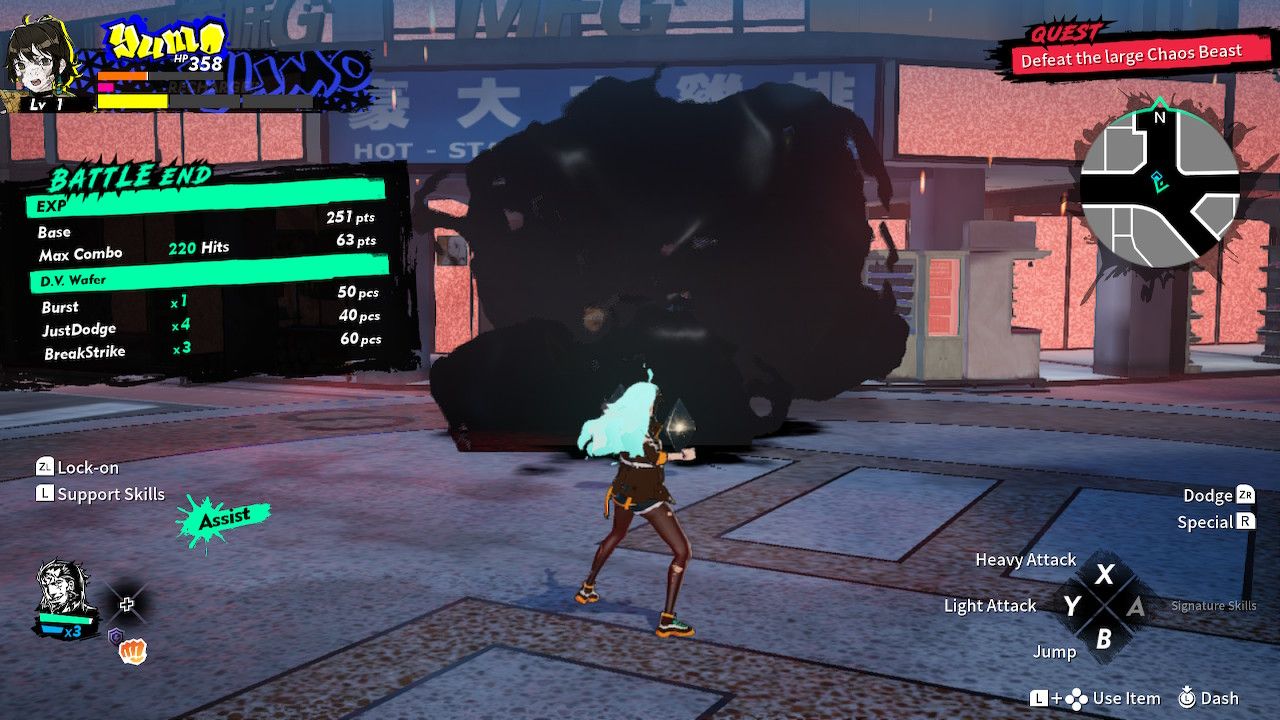 Punching and kicking are all well and good, but Yumo and her pals have access to a set of Skills that can be activated by spending SP. These skills are much more powerful than your basic attacks and can apply all sorts of in-combat effects and debuffs.

Not only that, but skills also have different stats, so one attack may be more suited for breaking through armour, whilst another could be much more effective at dealing flat damage, or crowd control. New Skills will be unlocked as you play, giving you plenty of room to play around with builds and sets. 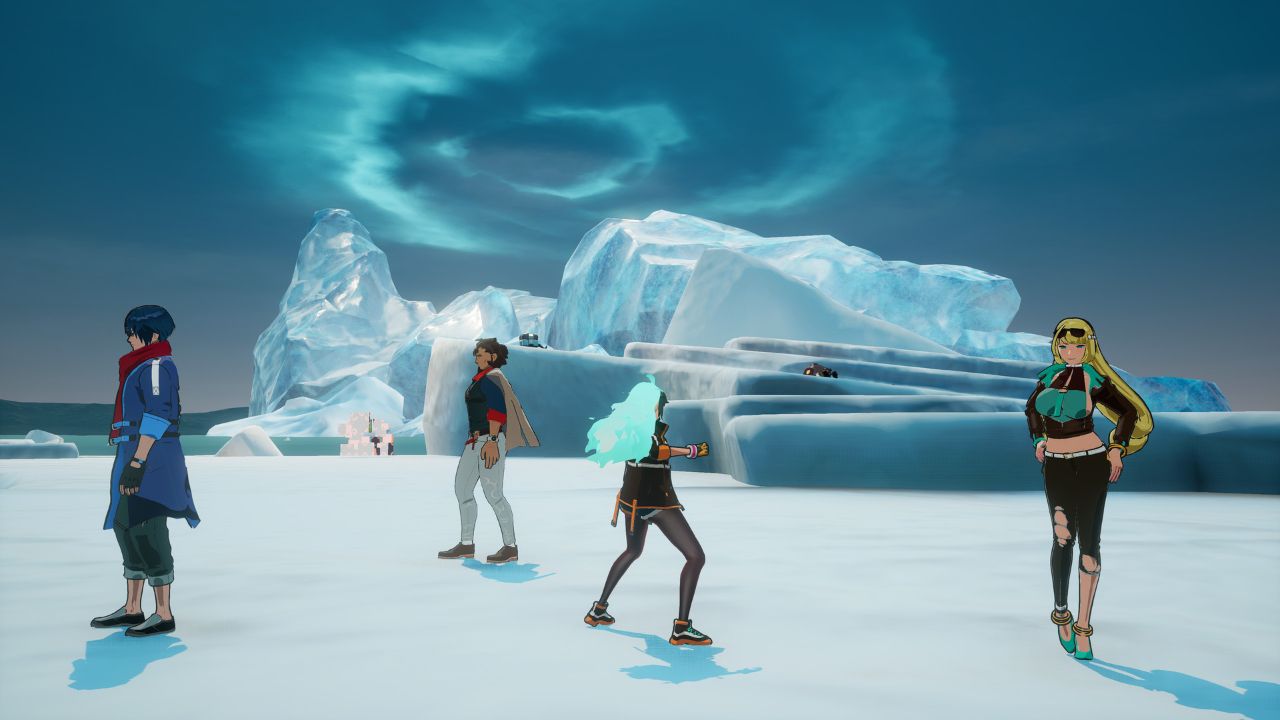 Yumo may be the main character, but she is also pretty darn basic. She is an all-rounder, so is decently suited for most engagements. If you want to spice things up then swapping to another character can not only help you get through combat faster, but it may also just be more interesting.

Every character in Dusk Diver 2 is unique, and jumping from Yumo to Leo, or Viada to Bahet will unlock new combos, skills, and even new mechanics that only apply to them. For example, Leo can expend ammo to enhance his basic punches and Bahet gains bonuses for timing his attacks perfectly – almost like a rhythm game. Experiment with each character to find one that suits your style. 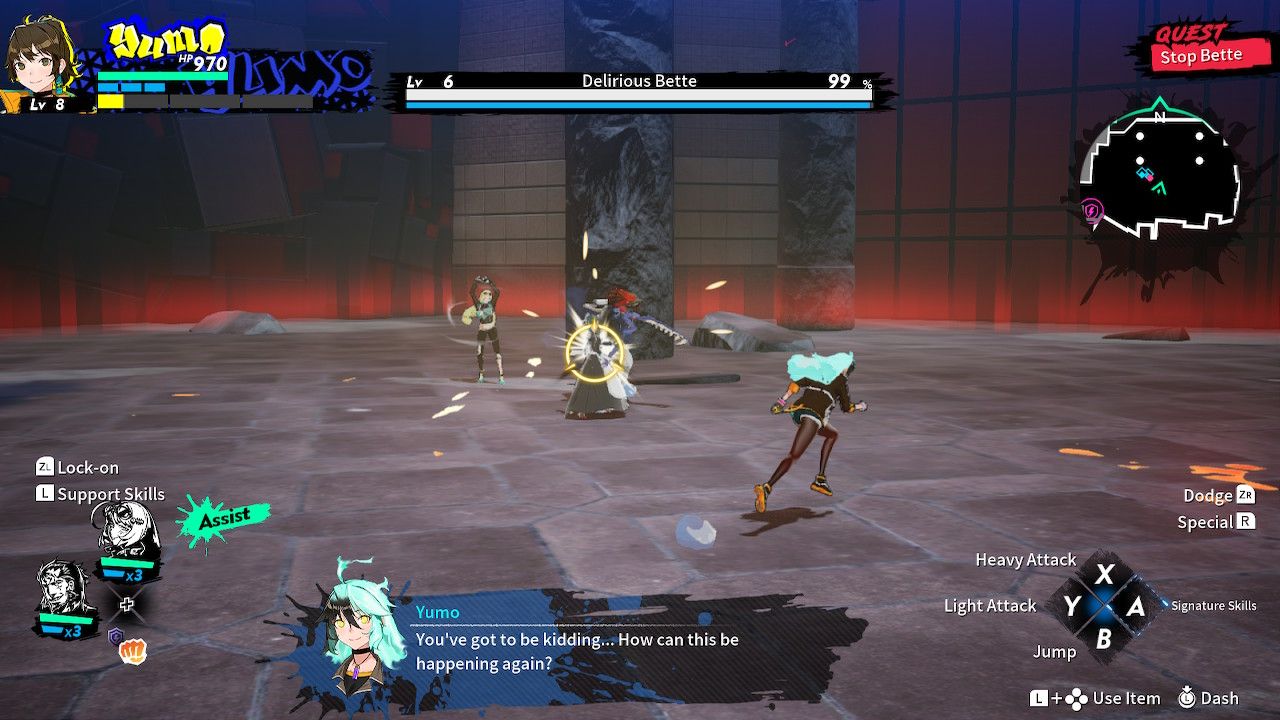 Dodging and dashing are your main forms of defence in Dusk Diver 2. Most characters can’t block, so mobility is incredibly important. Mobility-based defence systems often tilt the gameplay towards a more aggressive playstyle, and Dusk Diver 2 is no exception. Dipping in and out of combat is the name of the game here.

Timing your dodges is important, however. If you dodge at the last second, you will trigger a “Just Dodge”. This manoeuvre will slow down time temporally giving you plenty of time to plan your counterattack (or daring escape). This effect does not last long, however, so make the most of the slower pace whilst you can. 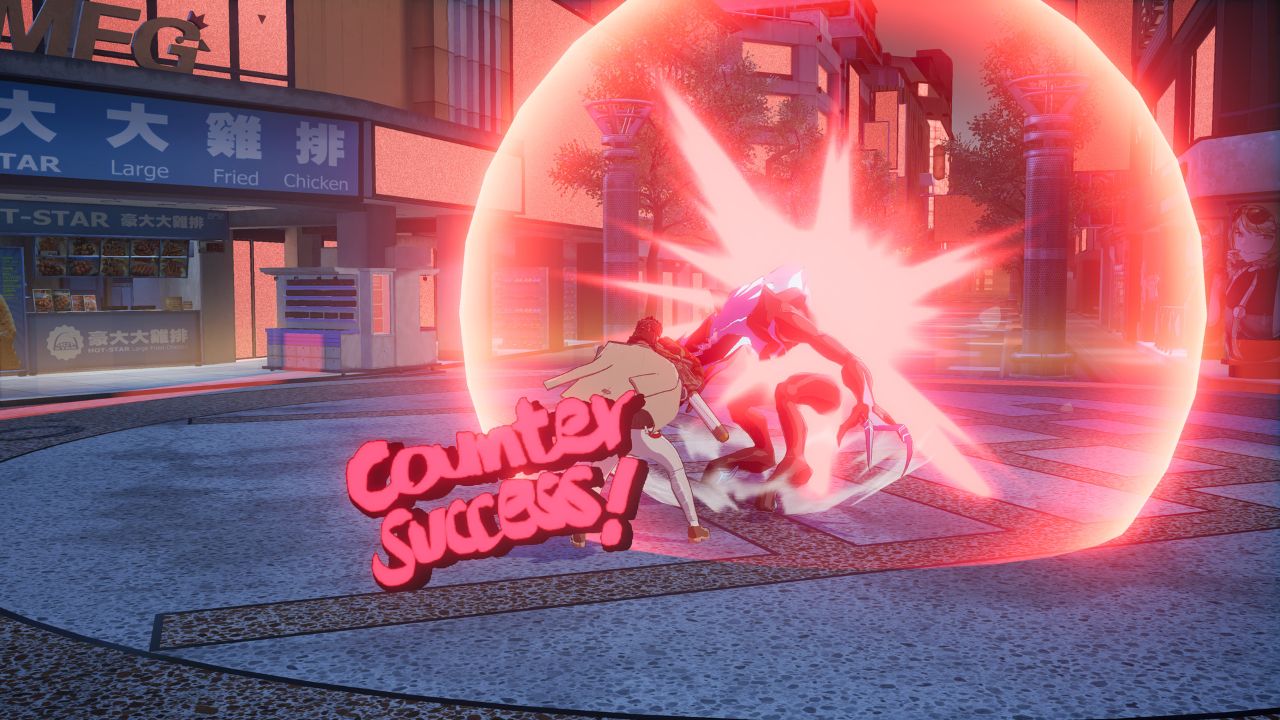 Enemies will frequently try to take pot shots at you and your pals. Dodging is the main way to get around this, but there is one other universal way of handling aggressive enemies – Counter Attacks. The catch? You can only use this against specific attacks, and it has to be timed just right.

Whenever an enemy flashes red, it signals they are preparing to launch a counterable attack. Press A/O, and you will unleash a unique Counter-Strike that inflicts bonus damage, interrupts the enemy, and flashes some funky text on the screen. You can even Counter Strike bosses – they are just better at sneaking them in their combos. 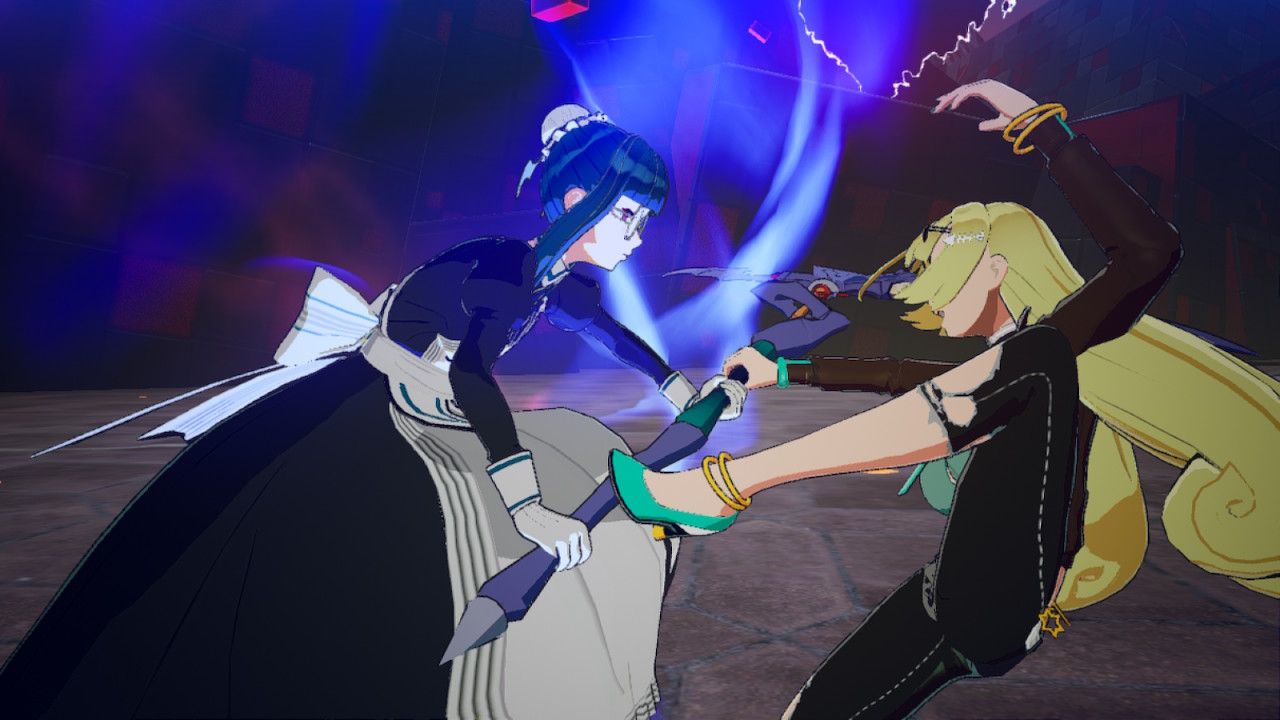 We’ve already talked about swapping characters, but that is not the only thing you can do with your merry band of followers. Each character can teleport to your location and unleash one of their assigned skills on command. These can be used to dish out additional damage, extend combos, and generally mix up your gameplay.

You want to use these skills often, but be aware that swapping characters and Character Attacks share the same cooldown. This can leave you in a bit of a bind if you were planning on using one of those mechanics. Finally, you can customise what Skill a character will use during a Character Attack in the Battle Pred screen, giving you full control over how you want each character to act when called. 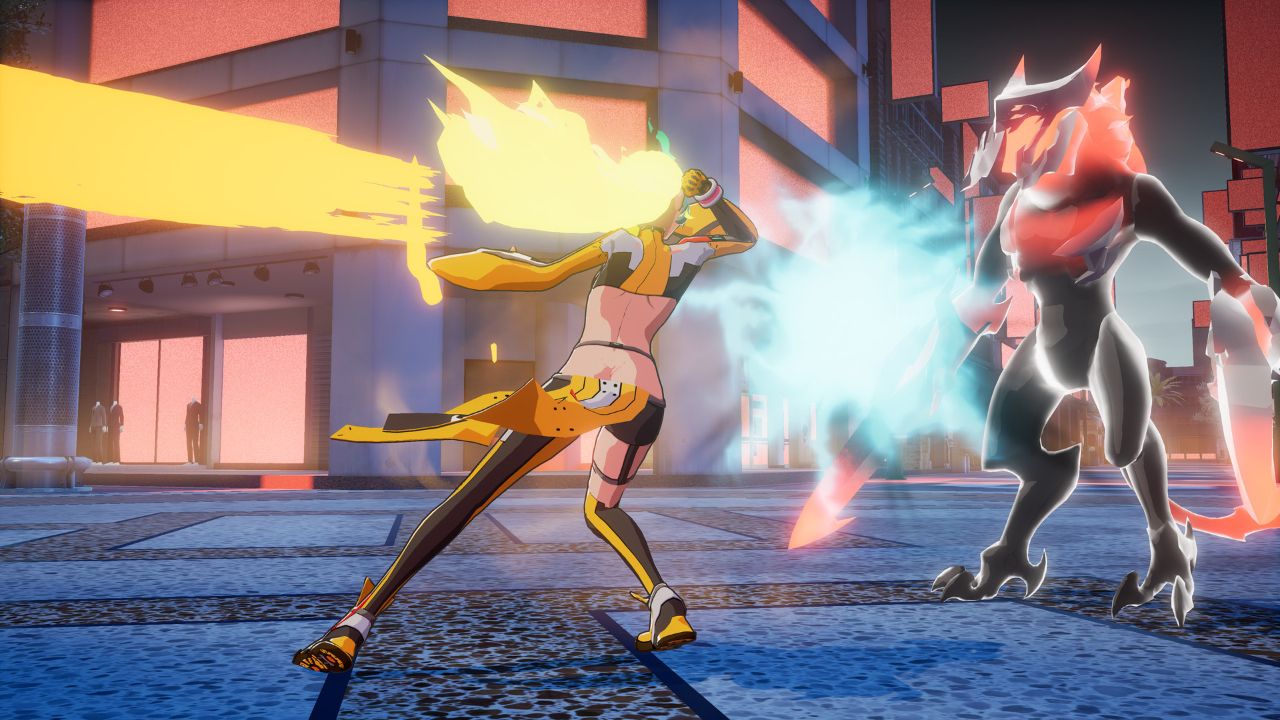 You may have noticed that combat in Dusk Diver 2 can get a bit lengthy. Enemies are rather tanky, your attacks look flashy but feel a bit piddly, and you may be wondering how to get around that. Well, the answer is Break Strikes.

Break Strikes are special finishing moves that can be unleashed when an enemy has been hit too many times or has been smashed into a wall. Break Strikes deal massive damage (although not necessarily fatal damage), and force the enemy to drop BP Orbs (more on that in a bit). In short, wail into one enemy with long combos and powerful skills, trigger Break Strikes, and heavily profit.

Everything To Do With Bursting 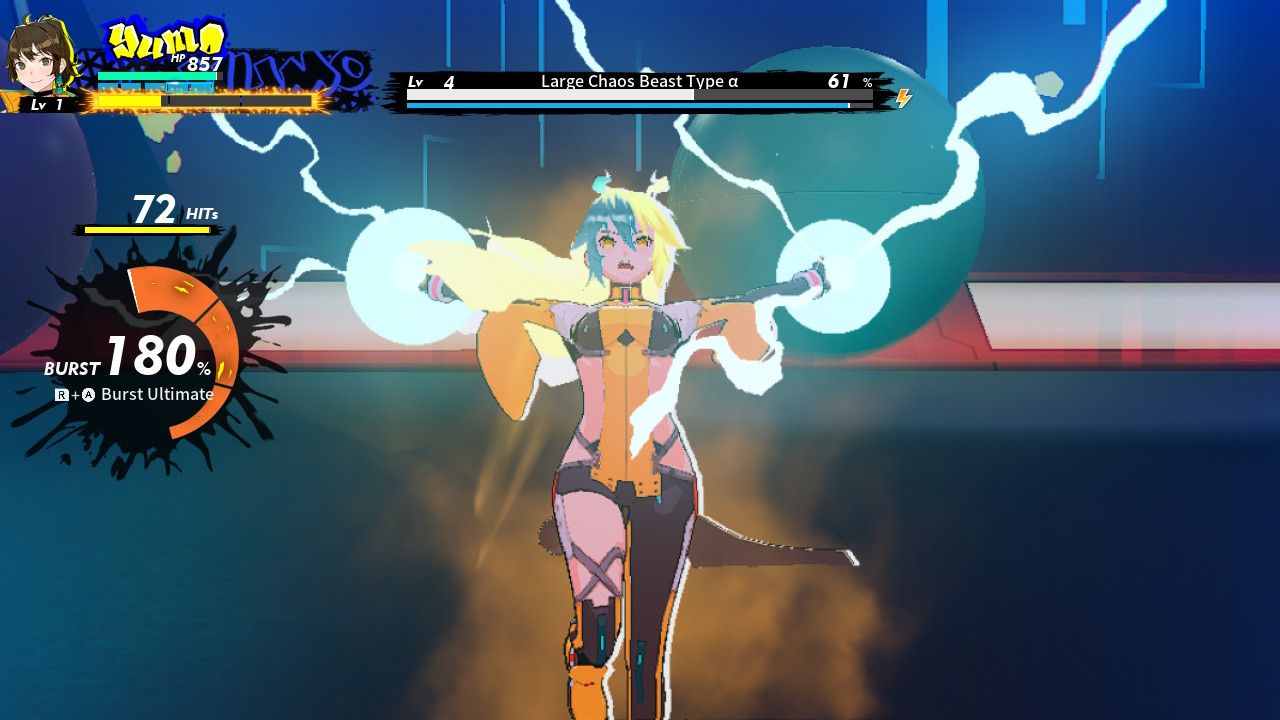 Burst is a super state any character can enter by spending BP. Bursting will increase all of your stats, including your SP Regeneration, allowing you to deal significantly more damage whilst also letting you throw out more skills. Bursting is a significant boost in combat effectiveness and should be used often.

Not only that, but if you deal enough damage whilst in Burst, you can unleash a ludicrously powerful Burt Ultimate, which is essentially an ultra-powerful Skill. Bursting is especially useful when fighting bosses, as you can activate an even more powerful Burst called Decisive Burst if a boss becomes Enraged. This can then lead to EX Burst Ultimate attacks – which are even more powerful.