The Warlocks of Dungeons & Dragons are the most straightforward spellcasters and the spookiest (since you're typically trading your mortal soul in exchange for magical power). Each short rest, a Warlock regains any expended spells, and since each of your spells is cast at the highest level, you'll be packing all the punch of a Wizard twice as fast without managing your spell slots meticulously.

Your limited number of spell slots can be bothersome. However, your cantrips fill those lulls in power, which can also gain versatility and power from different Pact Boons and Eldritch Invocations. Your choice in cantrips is critical with how often you'll be using them for effectiveness in and out of combat. 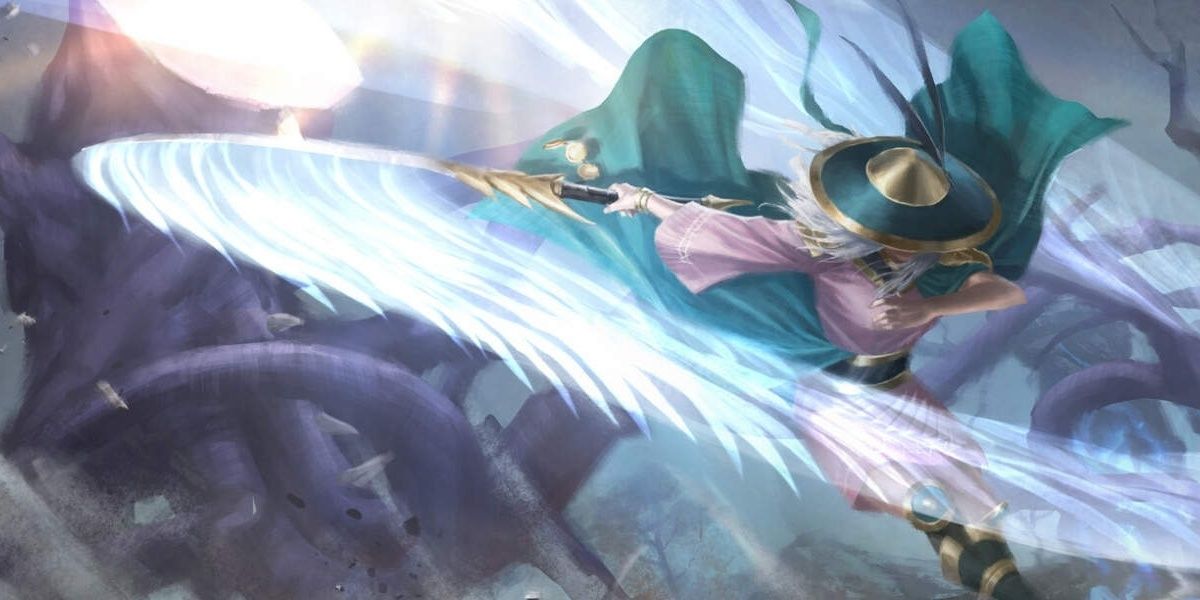 Green-Flame Blade allows a melee attack on a creature to deal extra fire damage to a second, nearby target. Booming Blade causes the target of your melee attack to take thunder damage if they try to willingly move away from you after being hit.

These cantrips are activated upon making a melee attack with your weapon, so if you're not running a Hexblade warlock, you can pass on these, as there are better options that suit the other warlock subclasses. If you ARE running a Hexblade warlock, heavily consider taking one of these cantrips. Green-Flame Blade has more damage potential, as it doesn't rely on the creature having to move, but Booming Blades' thunder damage is less resisted amongst monsters. 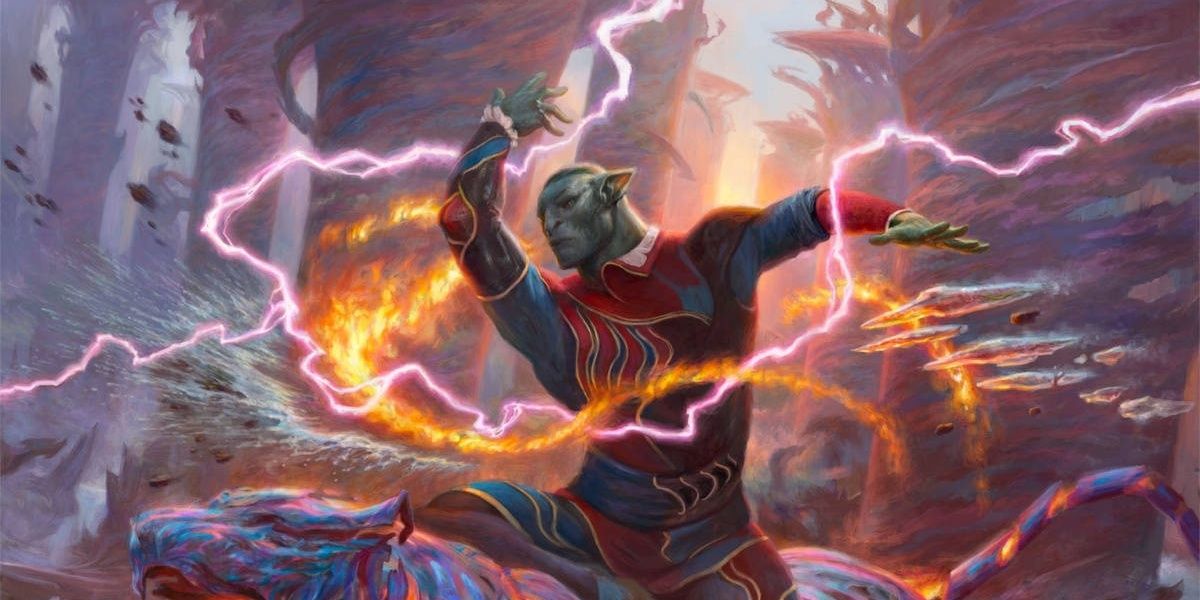 Using a powerful whip of electrical energy, you attempt to yank a creature within a 15-foot radius closer to you. If they fail a strength save, the spell pulls them ten feet closer to you, and if they're within five feet of you, they take 1d8 lightning damage.

If your warlock has charm spells or effects that impose the "frightened" condition, this can create an opportunity for your teammates to gang up on a single target. Frightened creatures have a disadvantage on ability checks and saving throws when the source of their fear is in line of sight, so you can spam Lighting Lure to ensure that your target is never far from you and rarely succeeds in their saving throw to escape. 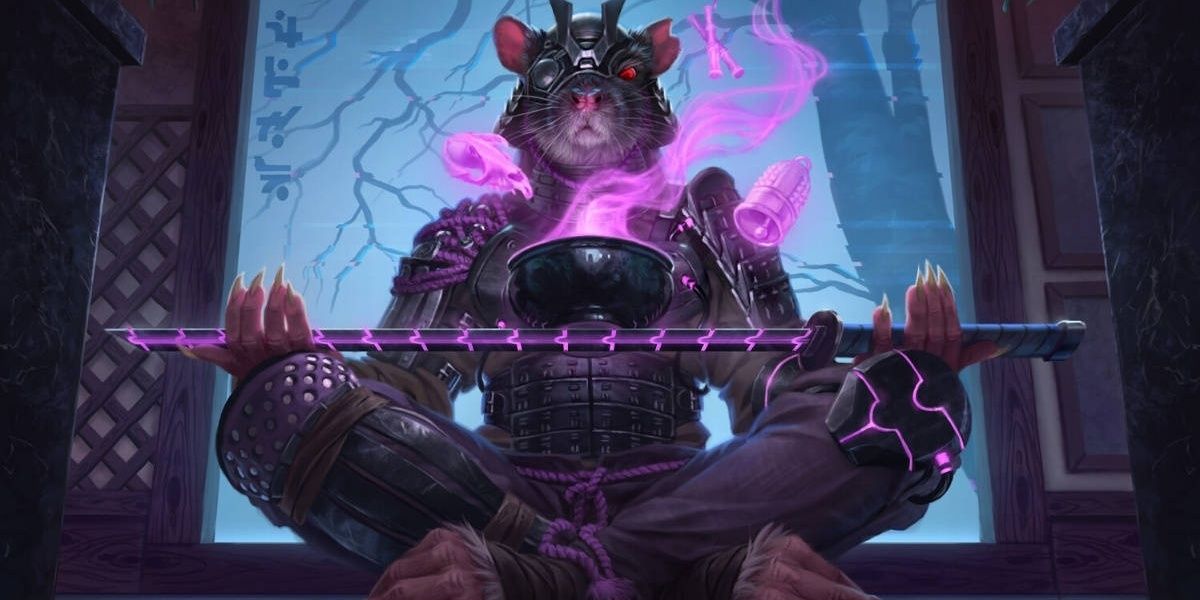 You'll need a hand free for this spell, as it requires you to trace a sigil in the air in front of you. The payoff is that you can get resistance to bludgeoning, piercing, and slashing damage until the start of your next turn.

It's easy to overlook this spell for a warlock, even if you've decided to be a Hexblade, but pairing this spell with Armor of Agathys creates a fun gimmick. Armor of Agathys is a warlock-specific spell that gives you temporary HP and deals cold damage equal to that temporary HP to any creature that attacks you. If your warlock isn't interested in combat, this is a great passive way to avoid and deal damage simultaneously. 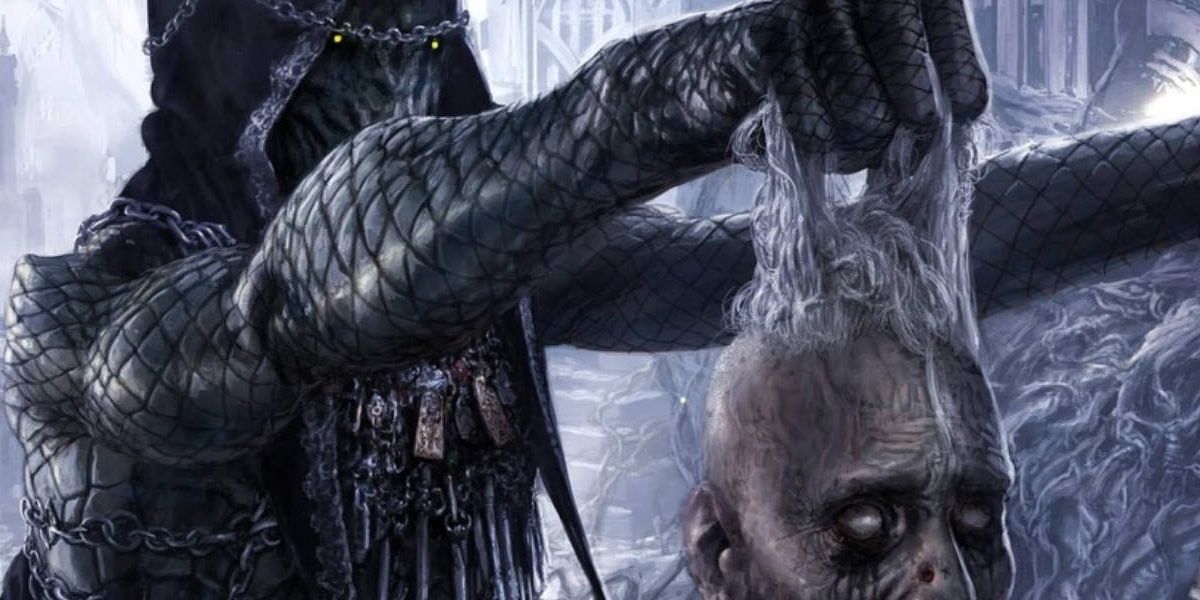 The sound of bells rings out around you, and a single creature you can see must make a wisdom saving throw. The target takes 1d8 necrotic damage on a failed save, or if they've already lost any amount of HP, the damage increases to 1d12 necrotic damage.

You're tricking your target into thinking their time has come, so aesthetically, this cantrip fits a number of spooky warlock characters. On a mechanical side, the damage potential is high, and wisdom saves against a target are more likely to fail. 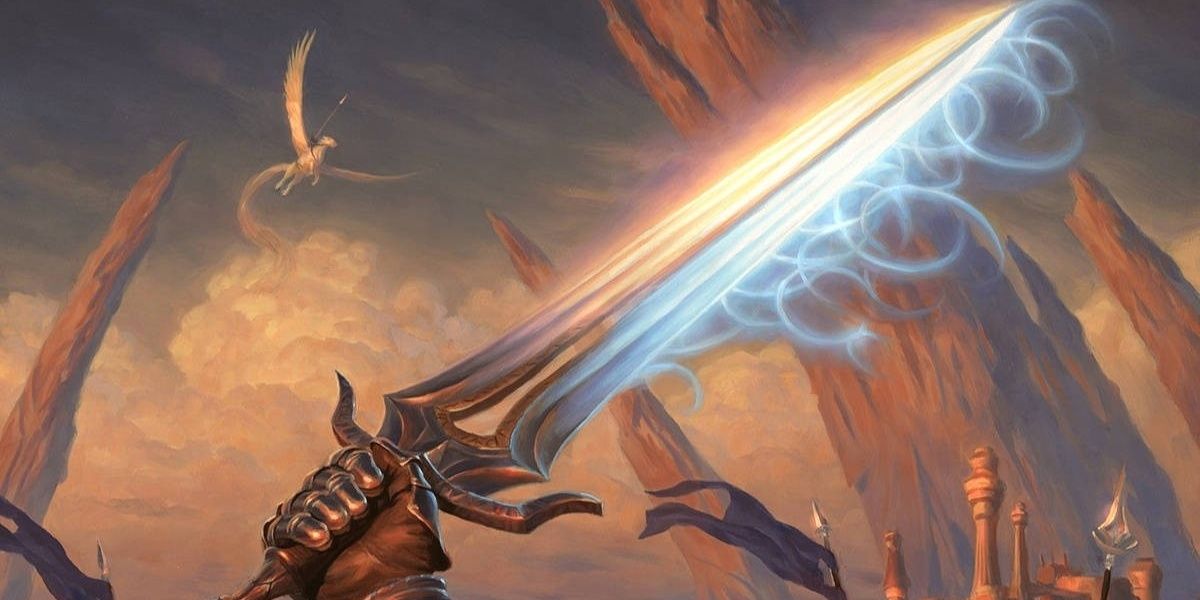 The Sword Burst Cantrip forces all creatures within a five-foot radius of you to make a dexterity saving throw or take 1d6 force damage. The only component required for this is a vocal cue, so this can be cast even when restrained by a target.

It's not often that you encounter a cantrip dealing multi-target damage, so Sword Burst finds its place amongst necessary spells for a warlock. The damage die is low, but an area-of-effect spell doesn't necessarily require larger dice, and force damage is the least resisted type of damage in fifth edition, so it's effective in most situations. 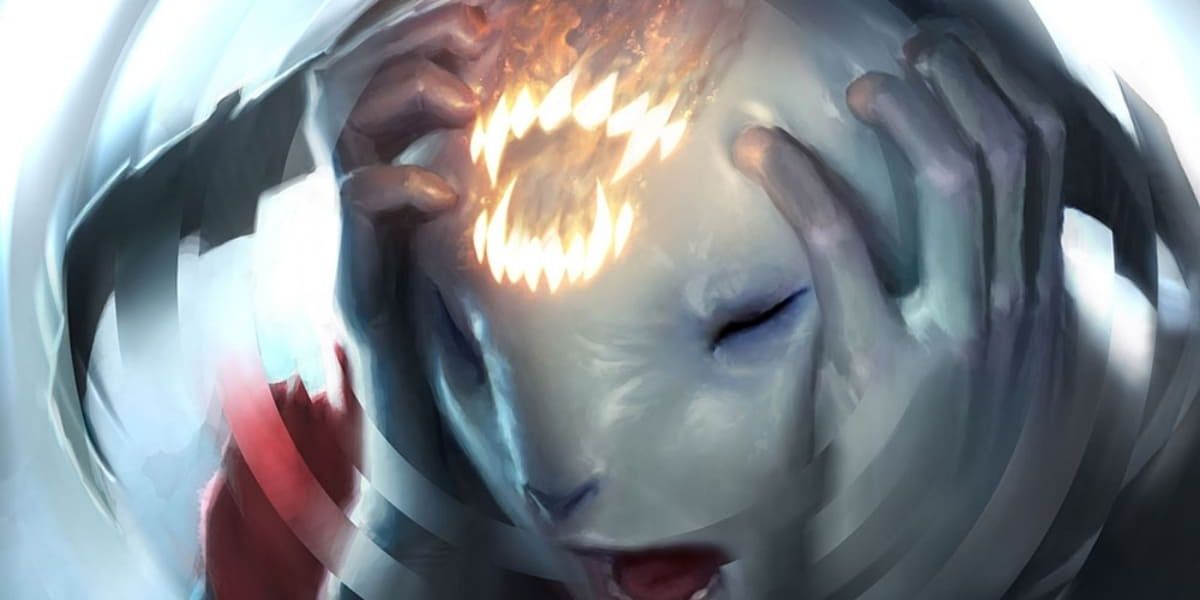 Casting this spell essentially forces a nasty migraine upon your enemy. On failed intelligence save, your target takes 1d6 psychic damage and subtracts 1d4 from their next saving throw before the end of your next turn.

Although 1d4 is a slight margin of difference, more often than not, you'll find that that can be the difference between success and failure against one of your spells. Warlocks, as mentioned above, have a finite number of spell slots, so landing spells is critical for you to make the most of your kit, and Mind Sliver is an excellent opportunity to do just that. It can also be used in tandem with another player's spells, which is handy if you're all tapped out, or they have a better solution. 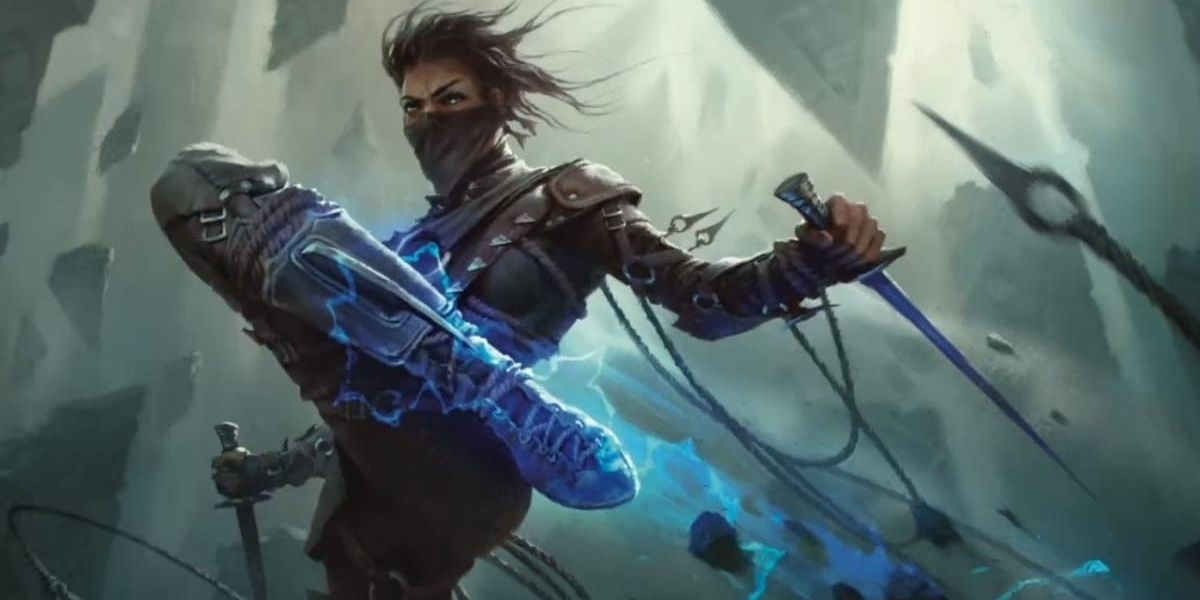 With a flick of your wrist, you concentrate all your mental effort for a single turn to find your enemy's weak spot. You have the advantage on your first attack against your target on your next turn. True Strike covers your Warlock spells that require an attack roll, such as Vampiric Touch, which you most definitely do not want to miss.

Most of the time, players and dungeon masters alike will write off True Strike as a waste of a cantrip. The common argument is that it's better to take two regular attack turns rather than one turn with an advantage on the attack. But consider this, you only have a handful of chances to cast your fully-boosted spell attack, and you need to make doubly sure it lands. Or even still, you have a disadvantage against your target, and you need an advantage to even out the roll. 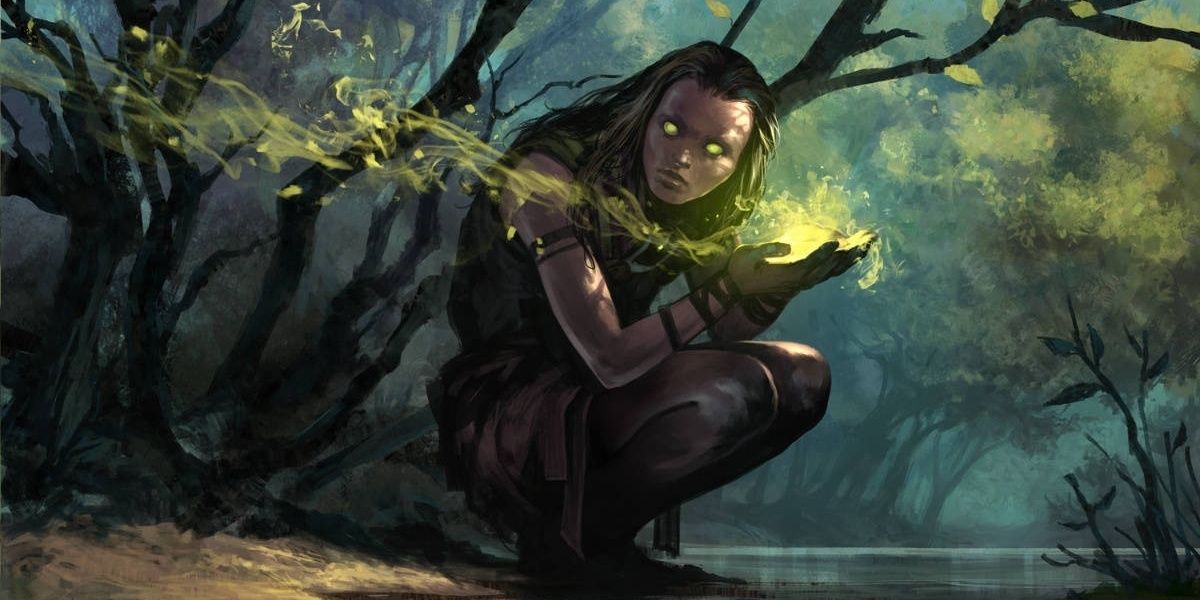 Minor Illusion allows for creating either a sound or an image that lasts up to one minute. The target can make an investigation (intelligence) check to see the illusory effects, but the DC to beat that check scales with your spell save DC.

Creativity and versatility reign with this cantrip, and depending on your dungeon master's level of discretion, this spell can go far in the out-of-combat effectiveness. It's also amusing to frequently cast this in secret around your party to keep up the appearance that your otherworldly patron is never far behind you. 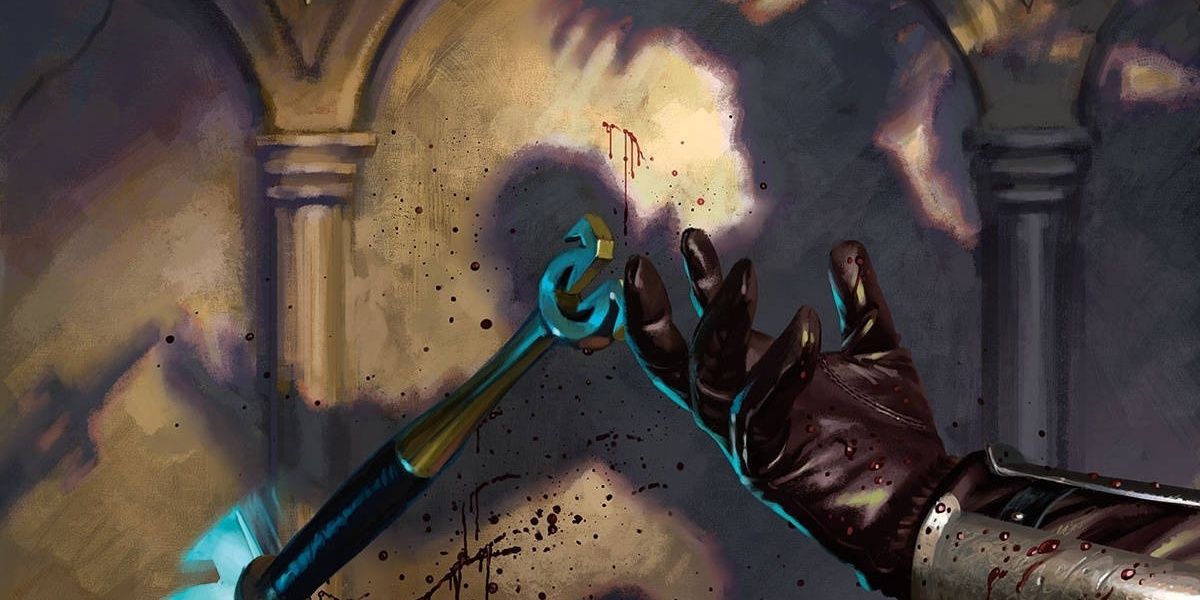 A ghostly, skeletal hand appears in a space next to your target to smack them around with the power of the afterlife. On a successful hit, a creature will take 1d8 necrotic damage, and they lose the ability to gain heal until the start of your next turn. If the target is an Undead, they have a disadvantage on attacks on you until the beginning of your next turn.

The range of Chill Touch is 120-feet, which effectively puts you out of range of a target for, at minimum, two rounds of combat. If you've decided on the Undying or Undead Patron, this fits the context, and the Undead Patron has features that can increase the damage dealt by necrotic spells. This is still not the most solid choice for a damage-dealing cantrip for a Warlock, but the added effects of shutting down healers and Undead make this a noteworthy option. 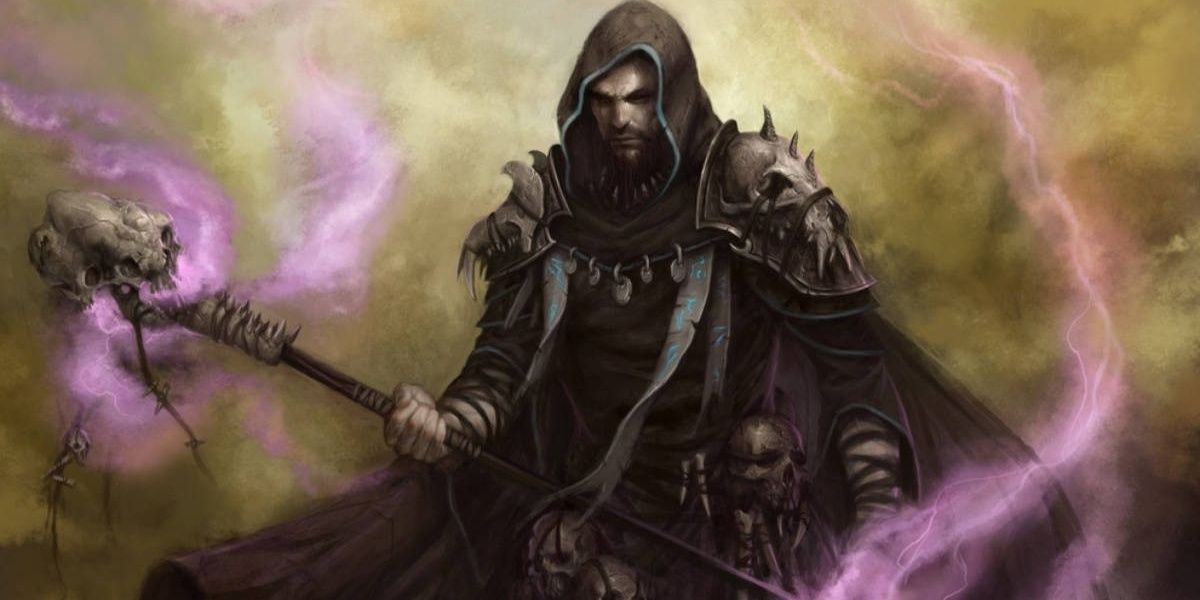 Flavored however you see fit, a crackling beam of energy flies towards your target. On a hit, they'll take 1d10 force damage. This spell doesn't deal more damage at higher levels but instead creates more beams that you make separate attack rolls for, either focused on the same target or separated amongst multiple creatures.

It seems simple, right? With the multi-target potentiality at higher levels, you have more chances of dealing more damage. But in the hands of a Warlock with Eldritch Invocations, Eldritch Blast becomes an unstoppable force of power. "Agonizing Blast" is an Eldritch Invocation that allows you to add your charisma modifier to the damage roll, or you can take the Invocation "Eldritch Spear," which increases the spell's range to 300-feet. Go ahead, be like every other Warlock, and take Eldritch Blast. There's nothing like it.