Dubium Gamescom Preview – It’s More Than Among Us, And I Hope People See That

Walking around Gamescom, you realise how many games are flying under the radar. Some are likely destined to stay there, lost in a sea of better ideas, cleaner execution, and greater ambition. Others, however, will make themselves known, and playing them at this ‘before’ point, as they stand on the precipice, is like seeing the band live in a dive before their first hit. The bar probably smells better than Gamescom too. Dubium is one of those games I expect to make a major splash soon.

I’ve written about Dubium previously, back when it was originally announced, so I feel less like I saw the band at their first gig and more like I watched them practise in their garage. I’ve had my eye on Dubium for a while, and getting my hands on it did not disappoint. The social detection game describes itself as a mash up of Among Us and Dead by Daylight, and while those are lofty goals, it does deliver a combination of both titles – it just depends on whether it can also grow the sorts of communities that helped those two become mega hits.

Dubium was already well into development when Among Us became a breakout hit, so the similarities between the two are coincidental, but they’re also unavoidable. Dubium sees you playing on a spaceship, wandering around and completing tasks while one of the crew members tries to kill you. It’s pretty on the nose, really. There are some notable differences though, some for the better, some for the worse, and some that I’m not quite sure about. 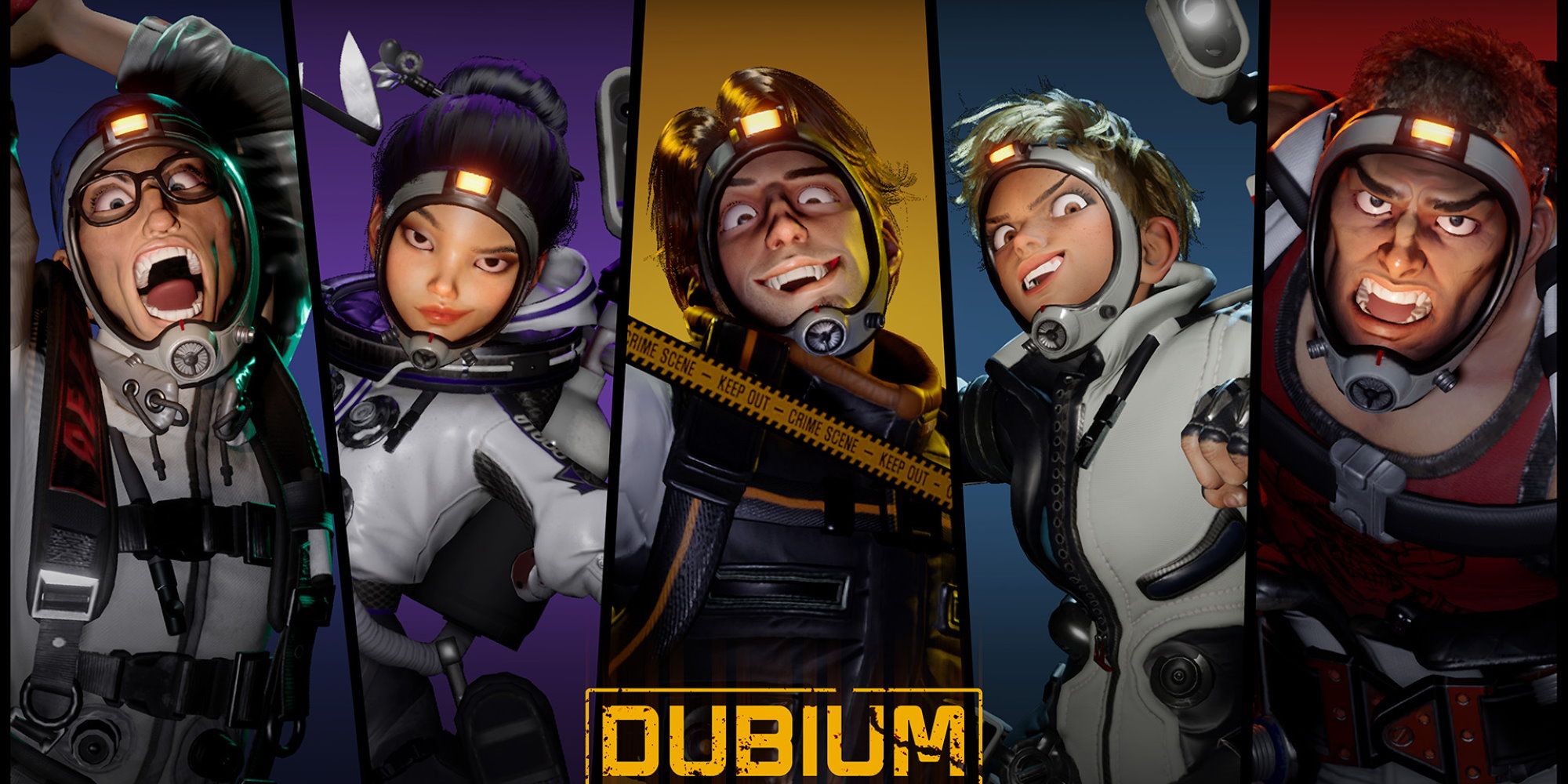 I don’t want to keep going back to Among Us, but the fact is players are going to instantly compare the two so it’s a handy lens to use. Let’s start with what Dubium does far better than Among Us. It looks like Among Us with a triple-A budget, despite the fact that it does not have a triple-A budget. During the pre-demo presentation, the representative highlighted a comment from the YouTube trailer calling the aesthetic “dark Disney”, which is pretty damn accurate. You go, random commenter. The closest thing on the market to it visually is Kena, if you imagine it was set on the Nostromo.

This darkness is represented in the gameplay, which has far more brutal kills than Among Us. Not only that, but combat exists throughout the game, though in my brief experience it’s rare. If you suspect someone of being the Traitor, you can attempt to shoot them. Of course, this in turn makes you appear more suspicious. Everyone is capable of killing and betrayal, even if they’re not specifically told to by the game, so there’s a lot more variety to the approach. Also, when the Traitor is killed, one of the random surviving crew members will be offered the choice to become the new Traitor, meaning you may switch during an ongoing match. 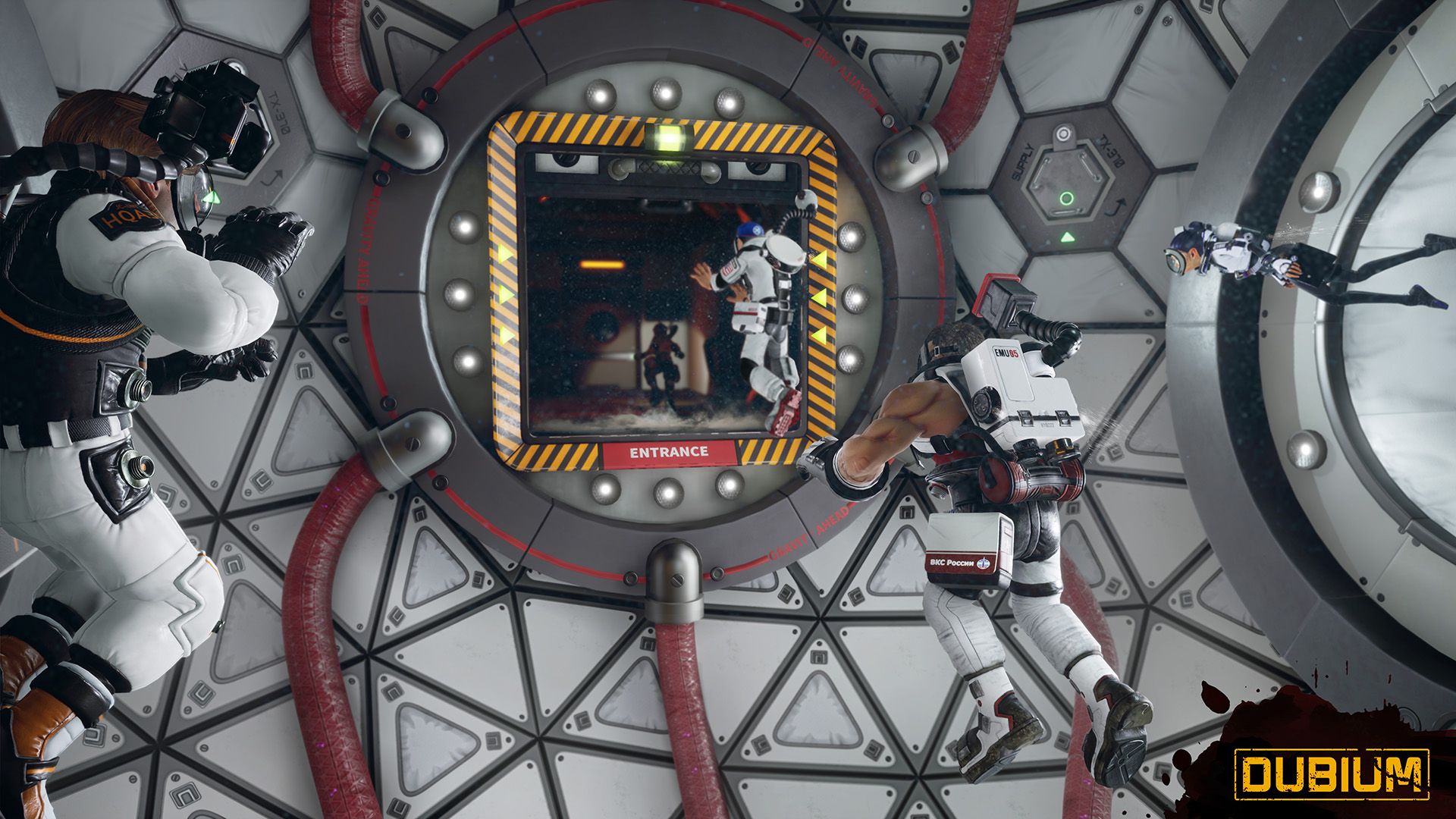 These crew members are all predetermined characters, each having their own unique abilities to both help them complete tasks and to hinder other players should they be the Traitor. It adds a sense of depth to proceedings, and even amongst the developers there's a mythos developing. Sobek has clearly been designated as the most traitorous choice, at least as far as my two games with the devs suggest. When choosing your character, you can also tick a preference to not be the Traitor, as well as choose to play as a random character instead.

As for weaknesses compared to Among Us, it's far less intuitive. I wasn't all that sure what I was doing, even with arrows guiding the way for me, although many games require a little time to get used to them. The fact anyone can be the Traitor (and can then become the Traitor later) adds some tension into the mix, but it's also a little chaotic. I was on a Discord call so I could talk to the devs (some of whom were in their native Korea rather than at Gamescom), but as there's no 'accuse' phase, there's no clear on/off divide for your mics, while playing with strangers will mean having no communication at all aside from predetermined phrases you can add to the chat. In-game voice chat will come later, but when playing alone this means less moderation, more trolls, and difficulties with any language barriers. This, plus the extra complexities of the tasks and the more in depth combat, might be a deal breaker for some players. 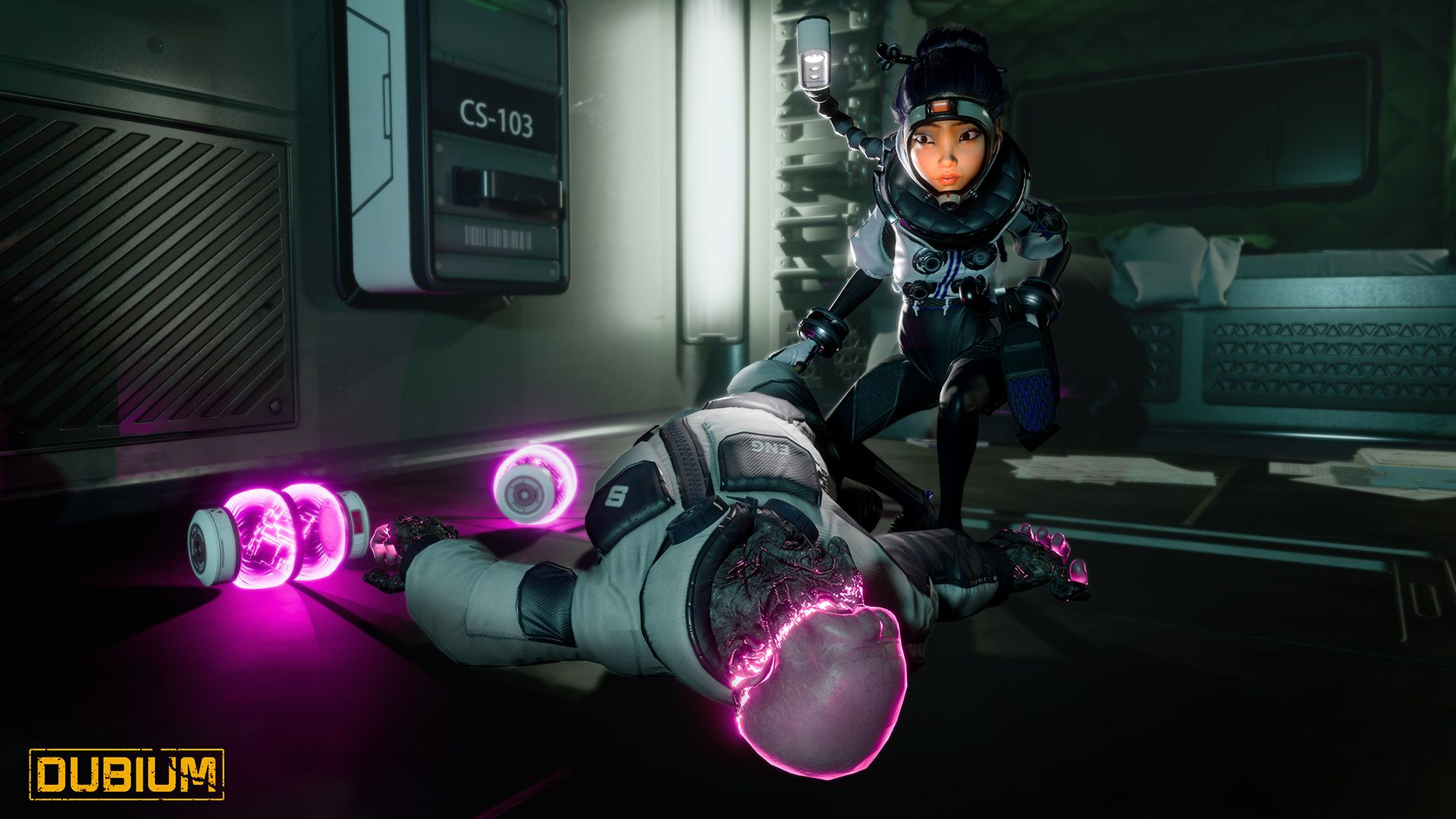 There was also a moment when the Traitor escaped and I was one of two surviving players left to escape. As there was only one pod left, we had to battle each other for it, but the only weapon left was a crowbar, which I had. Admittedly I was a newcomer playing against a dev, but I just kept swinging and missing while they scurried away and ran down the clock so we both died. With friends this might be funny, but it feels a little frustrating. If I had no weapon at all, I have no idea how the game might have been settled. It's more involved than Among Us, but that could be its undoing.

Luckily, it has one more ace up its sleeve. Dubium is a third-person game, but switches to first-person when completing tasks, which means when someone kills you, you'll have no idea who it was. In Among Us, when you're dead you're dead, but Dubium comes with a lot more layers. Some of them undoubtedly improve on the experience, but are there so many that it takes away the charm?

Again, it seems unfair to compare a new game to one specific game already out there. It's not what I would usually do for a preview, even if I might compare certain aspects. But a social deduction game with betrayal in space, where the goal is to complete tasks… Among Us is the elephant in the room. Dubium is a heffalump – it's more complex than Among Us, dare I say more interesting even. But it's also going to be a little much for all the elephant fans out there. It was one of Gamescom's most interesting games, but I hope it's not too close to Among Us that it's left floating in space with no chance to breathe.