I’ve been a fan of Tose’s Dragon Quest games for decades at this point. They handled all the Dragon Quest Monsters games, which I place above Pokemon in my personal ranking of monster-catching RPG series. While Dragon Quest Treasures is a departure from the Monsters series, it shares many of its hallmarks, and I was excited about it. I want to provide this context because my feelings towards Dragon Quest Treasures are conflicted – it is not the game I was expecting.

Dragon Quest Treasures serves as a spin-off prequel to Dragon Quest 11, with childhood versions of Erik and Mia playing the starring roles. The premise is exactly as complex as you’d expect from a spin-off that can’t logically impact a mainline game – Erik and Mia are orphans who want to find treasure. They start out as guests aboard a Viking ship, but end up transported to a chain of floating islands made of the corpses of two gigantic dragons through a predictably coincidental chain of events. What ensues is an open-world adventure as Erik and Mia hop between islands, take on gangs of rival treasure hunters, and deal with a devastatingly underfunded rail network. Tose really went all-in on the Britishness with that last one, huh? 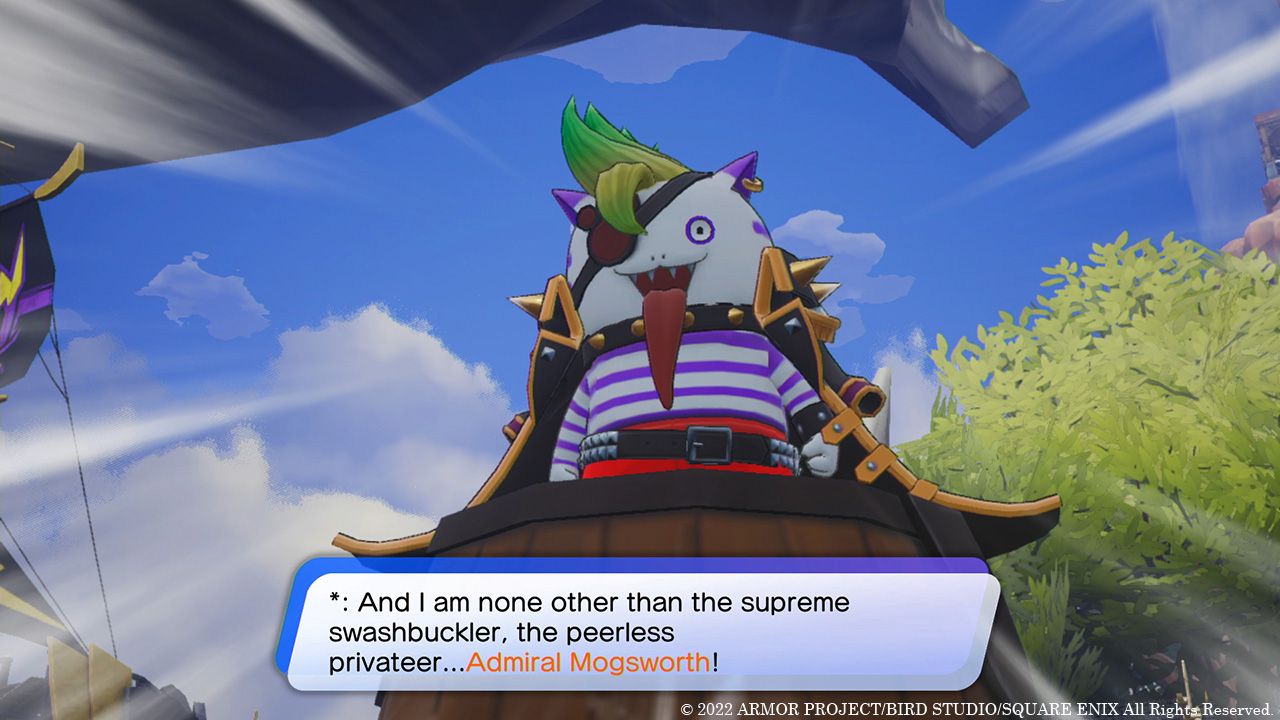 Once you get through the opening hour, the gameplay loop becomes quite clear. Working from your central base of operations, you must pick an island to explore, find treasure, complete quests, then return to the base to get your treasures appraised. These are added to your hoard, depicted by a very satisfying box of gold coins being filled up towards each new target like a charity fundraiser’s gigantic, cardboard thermometer. New story beats and quests are unlocked by hitting new targets, so the treasure-huntery aspect isn’t something you can ignore, despite it being the least engaging gameplay mechanic. The plot comes with zero surprises too – the second you read the words ‘seven dragon stones,’ you know exactly how things go down.

What is surprising, though, is how much of a departure Treasures takes from Dragon Quest’s usual design philosophy. Instead of turn-based strategy, you’ve got action-based combat to deal with, clunky dodge roll included. Assisting Erik and Mia in battle are monsters that you can recruit by defeating. Whether by random chance or using items that make monsters more likely to join you, recruiting monsters involves heading to your base and paying them to officially welcome them to the team. Looks like the monsters have unionised, good for them. 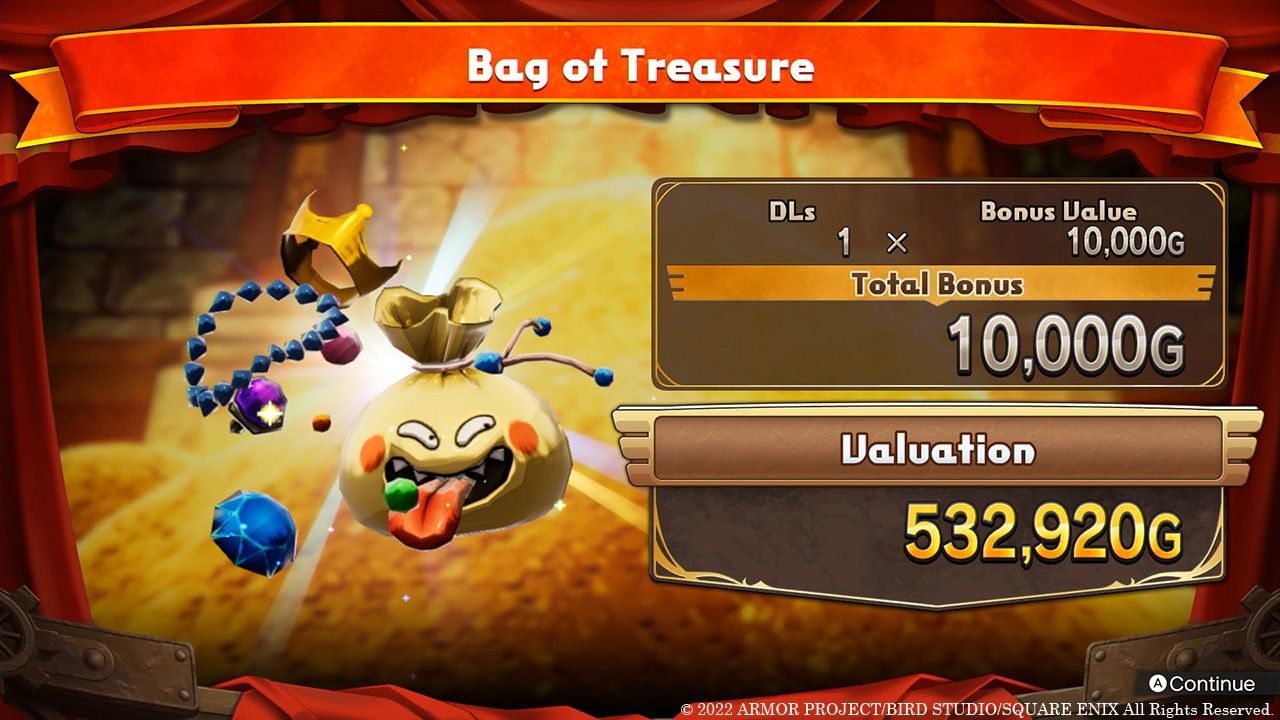 With just a little effort, you’ll quickly end up with more monsters than you can cope with, all with slightly varying stats and treasure-boosting abilities. One Slime might improve your chances of getting Armour artifacts, while others prefer digging up cards from the world’s odd TCG. Whenever you return to your base, every other island gets a randomly generated Treasure Forecast, which will let certain monsters provide bigger boosts. This is ostensibly motivation to change up your party constantly, but it’s more than likely you’ll just pick your favourites based on looks and the field abilities they provide.

As this game is a semi-open world (a la Pokemon Legends Arceus or The Witcher 3), those field abilities end up being very handy. Slimes and the like allow you to bounce on them to reach new places, winged monsters like Drackies allow you to glide, and some even allow you to flatten yourself to slide under very small gaps. Unfortunately, since the world is so big and your player character so slow, I found myself reserving a spot on the team for a mountable monster just to make the long treks across the islands bearable. 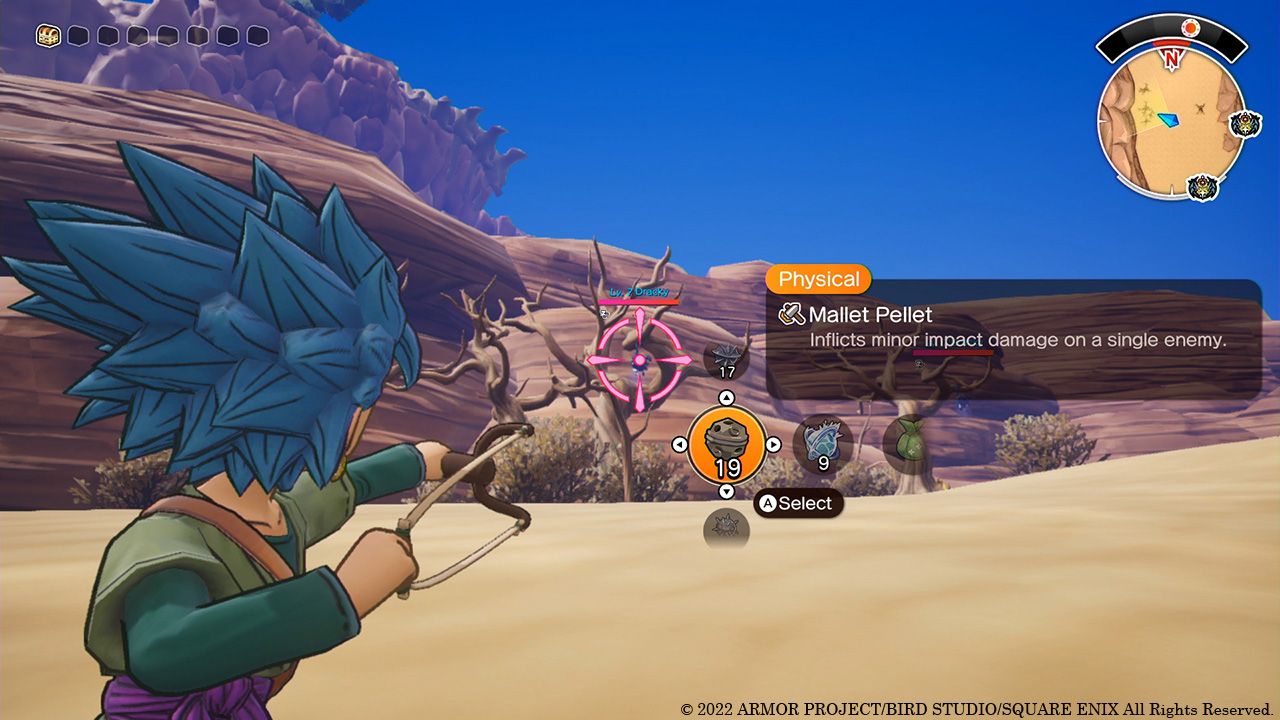 Combat itself is pretty good. You have very little control over your monster pals other than triggering ultimate attacks or asking them to advance or retreat (which barely ever works, honestly), and it seems that you’re expected to play a support role in battle. A big focus of the game is the slingshot you get at the start and all the different pellets you can find and craft, serving as your spells. With different pellets, you can inflict elemental damage, cause status ailments, and even buff and heal your monsters. There are two problems with this design philosophy: the first is that pellets are limited so it’s easy to get ‘Elixir syndrome’ and save the good ones so long that you forget about them, and the second is that the dagger and dodge roll are just more fun to use. The fact that a stiff breeze knocks you off your feet should be enough of a message to keep me in the backlines as ranged support, but ‘dagger go brr’ and all that. The dagger combo is sluggish, deals little damage, and can’t be dodge roll cancelled, and yet it’s still more fun. In the transition to third-person action, a need for strategic thinking is traded for hyper-aggression and hoping for the best, despite all the effort put into making your support role an engaging experience.

That’s not to say that they don’t keep things fresh. Extradimensional battle gauntlets and gimmick bosses that require you to use specific pellets and steal items directly from them with the neat Pinch ability (which consists of a reaction-based QTE) mix things up, and events where your base gets raided (and it looks like you’ll be able to raid other bases online) are exciting diversions. I think my biggest problem with the game, however, is that the interesting moments have long stretches of boredom between them. The story only progresses as you amass a larger and larger treasure hoard and the incredibly profitable side quests are basic fetch quests, so trying to play the game for its narrative becomes a slog. It feels better to play the game in short bursts, taking side quests and story quests as incidentally as they’re introduced. 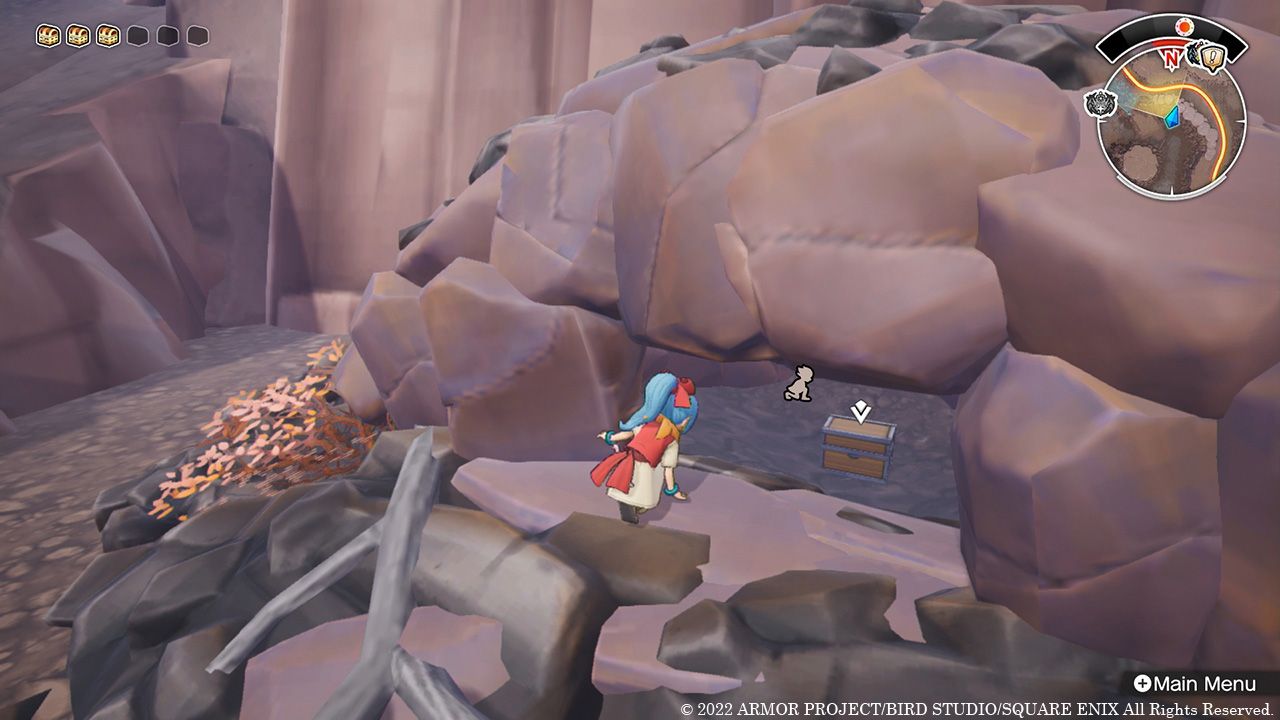 There are lots of touches that I really appreciated. The devs have played around with the treasure vision mechanic that allows you to see through the eyes of your monsters to better pinpoint the location of buried loot. You see things exactly as they do: Muddy Hands have visions plagued with mud, and the Armour monsters are hindered by their helmet visors. It’s a charming touch that almost adds some sorely needed complexity to treasure hunting. As you’d expect, the good ol’ fashioned Dragon Quest puns are here in full force too – I can’t fault the humour here, it’s cheesy and I love cheese.

I have a lot of conflicting feelings about Dragon Quest Treasures. It’s a perfectly serviceable game that accomplishes what it sets out to do in creating a laidback gameplay loop of treasure hunting and monster collecting, but it’s also a shallow experience that feels like too big a departure from the Dragon Quest formula. It’s missing too many things that make these games so compelling – the severe lack of monster variety being the biggest disappointment. While Treasures has high points, the low points outweigh them and leave the game a middling experience.

Score: 2.5/5. A review code was provided by the publisher.