Dragon Forge is a chill and charming base builder that lets you fly around and collect resources. Revealing and discovering the secrets of the game's various island unlocks more recipes and options, and your goblin minions are at hand to do the heavy lifting… provided you've got food for them, of course.

Beyond a brief tutorial, Dragon Forge lets you grow and learn at your own pace. As a result, there are some stumbling blocks that new players can trip on. Read on to find our tips for new players as you start your journey to uncurse the kingdom! 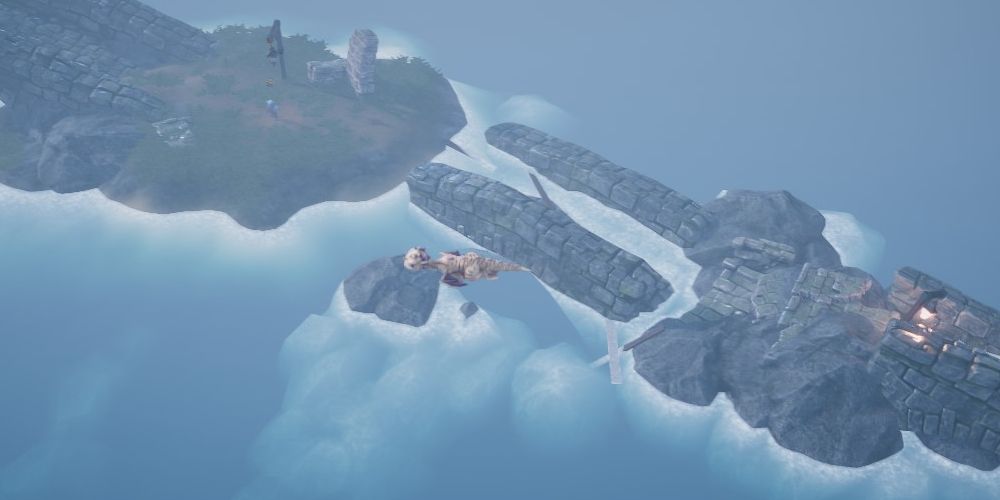 The goblins of Mudbury are very helpful when it comes to teaching your newly-hatched dragon the ropes, but there seem to be a few things they left out. For example, you learn early on that you can take to the air by double-tapping the spacebar. However, the goblin doesn't tell you that you can also stop flying by double-tapping it again.

This allows you to drop to the ground quickly without spending too much Stamina, which is very handy in a fight. Your dragon can even drop from impressive heights without taking any damage – you need to be out of Stamina and falling from roughly the height of a mountaintop before you'll take falling damage.

You can also "reload" your breath weapon by pressing R. Since you only get ten shots at a time before needing to reload, doing so between fights prevents you from being caught without a full barrage ready to go. The dragon takes a few seconds to munch on a few lumps of coal, so it's best to do so on your terms rather than in the middle of a tough battle.

Don't Trade With The Goblins Right Away 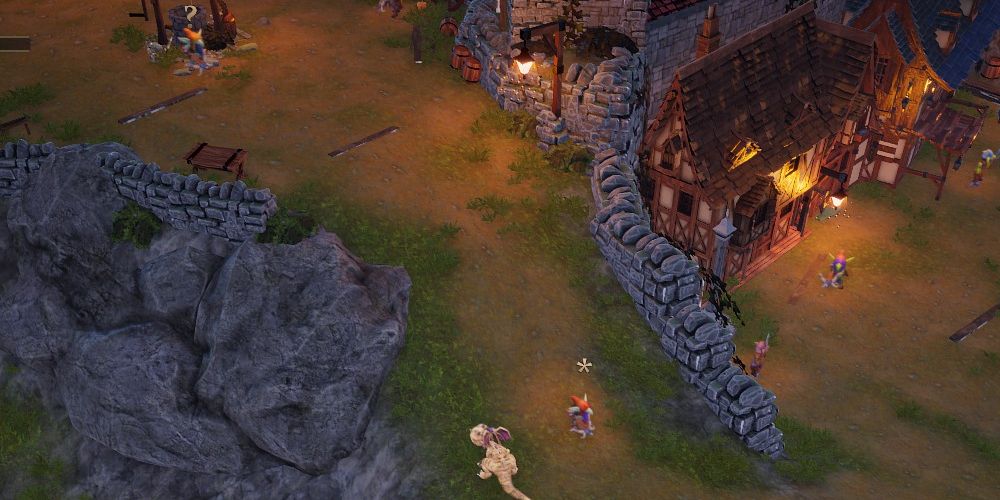 Throughout the world, several goblins are willing to trade one type of item for another. You should wait to trade with them until you've crafted all the currently-available equipment, however. Resources can be tough to come by when they first become available, especially when they're dropped by monsters that only come out during the day or at night.

After you've gotten everything that you can out of a particular resource type, feel free to give the extras away to goblins that want them. They'll usually reward you with more evergreen items, or a big chunk of experience.

There is one possible exception to this rule. Hazzy the goblin waits outside the gates of Mudbury, and will give you a Tomato for every Bone you turn in. Tomatoes are great early-game healing items and are the main ingredient in Tomato Soup once you've built a kitchen. Giving him a few extra Bones here and there will save you the trouble of harvesting wild Tomatoes in orc territory.

Place Your Laboratories Close Together 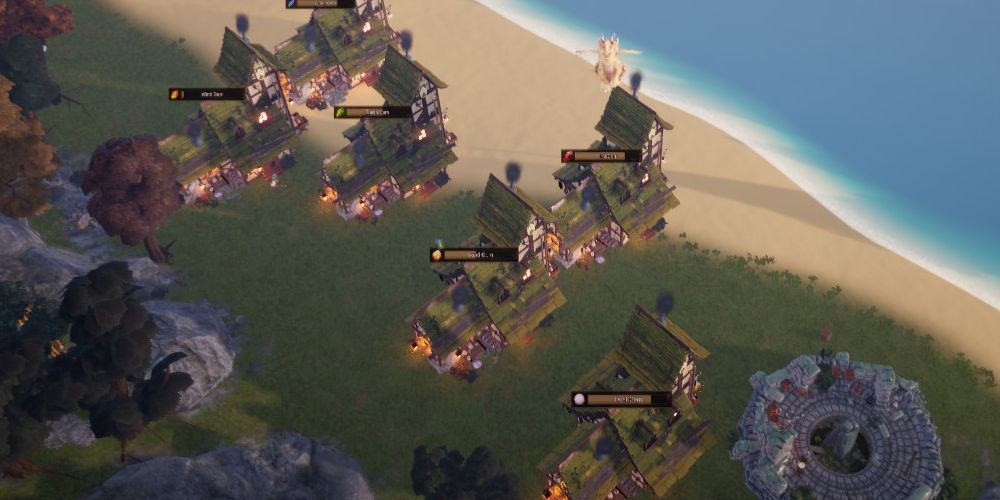 Laboratories create Gems, which can be sacrificed at an Altar to generate Mana. Mana, in turn, allows you to unlock new recipes at the Dragon Forge and open the paths to new areas. You'll quickly discover that creating complex chains of Laboratories that refine lower-quality Gems into better ones is the primary means of getting Mana.

Early on, the rough terrain around Mudbury can make it hard to get a large Laboratory operation going, but once you've discovered the coastline north of town you'll have plenty of space. Pack your Laboratories as close together as possible – that way, you can easily change recipes and delivery routes, and your goblin helpers will spend less time walking between buildings. Goblin walking time is factored into your idle Mana generation, so shorter routes mean more Mana while you're away from your computer. 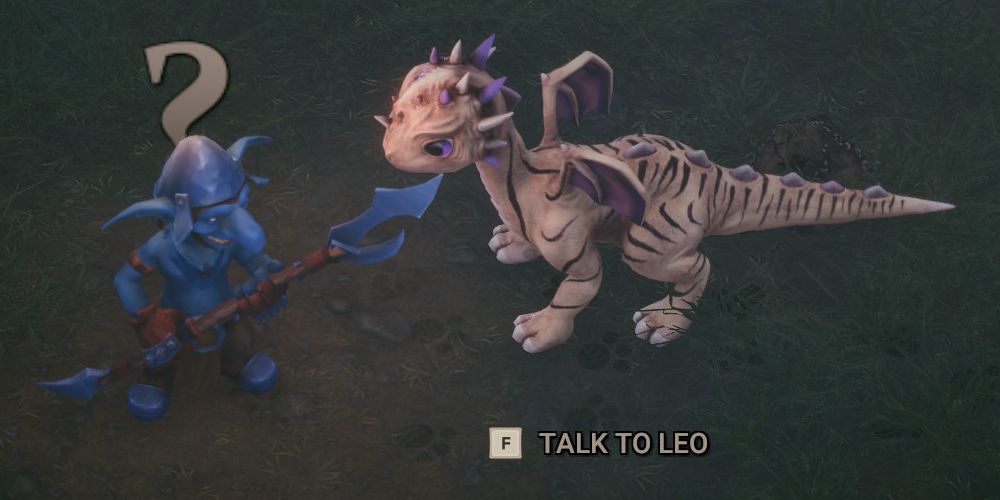 Leo is a well-meaning goblin who tasks you with defeating the bosses that exist throughout the islands. These enormous versions of regular monsters are challenging opponents, and you'll quickly learn whether you're a high enough level to defeat them. There's no penalty for dying other than the very minor inconvenience of being sent back to Mudbury, so it's not the end of the world if a boss beats you.

However, when you talk to Leo, the area's boss appears immediately and attacks. Leo doesn't ask if you're ready, he just calls in the boss and starts the fight. Whenever you encounter a goblin you haven't met before, check their name before talking to them. If it's Leo, be sure you're ready for a fight before you land for a chat. 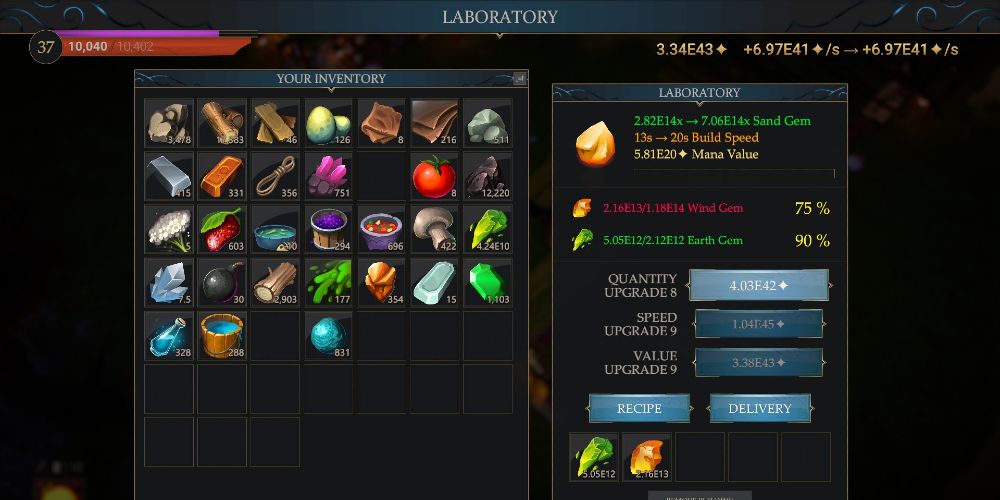 Crafting buildings, especially Laboratories and Apothecaries, have percentage numbers listed next to each ingredient that their current recipe uses. This indicates how quickly the building will be able to start on a new batch once its current one is complete. At exactly one hundred percent, the building will have just enough to start a new batch.

If a crafter's efficiency is at two hundred percent, it means you have enough resources being produced to supply a second building simultaneously, doubling your output!

Ideally, all of your crafters will be right around a hundred percent for all ingredients. As you upgrade buildings to create more resources, or to craft them faster, you may need to adjust your delivery routes or the production of other ingredients up and down the line to compensate. When crafting Gems, any extras that don't have anywhere to go can be shipped straight to an Altar to be converted into Mana.