Disgaea is a series with a bunch of memorable characters. Of course, protagonists get a lot of the spotlight, but sometimes characters just crop up who you simply would not expect. Pleinair is one of those characters. Series veterans will know her from the very first Disgaea – as a Dark Assembly NPC.

The fact that Pleinair has starred in multiple games since, and has been playable in more games than most characters in Disgaea, is a testament to her design. What’s more, she has always been a pretty decent pick in a scrap. The question is: how does she play in Disgaea 6? 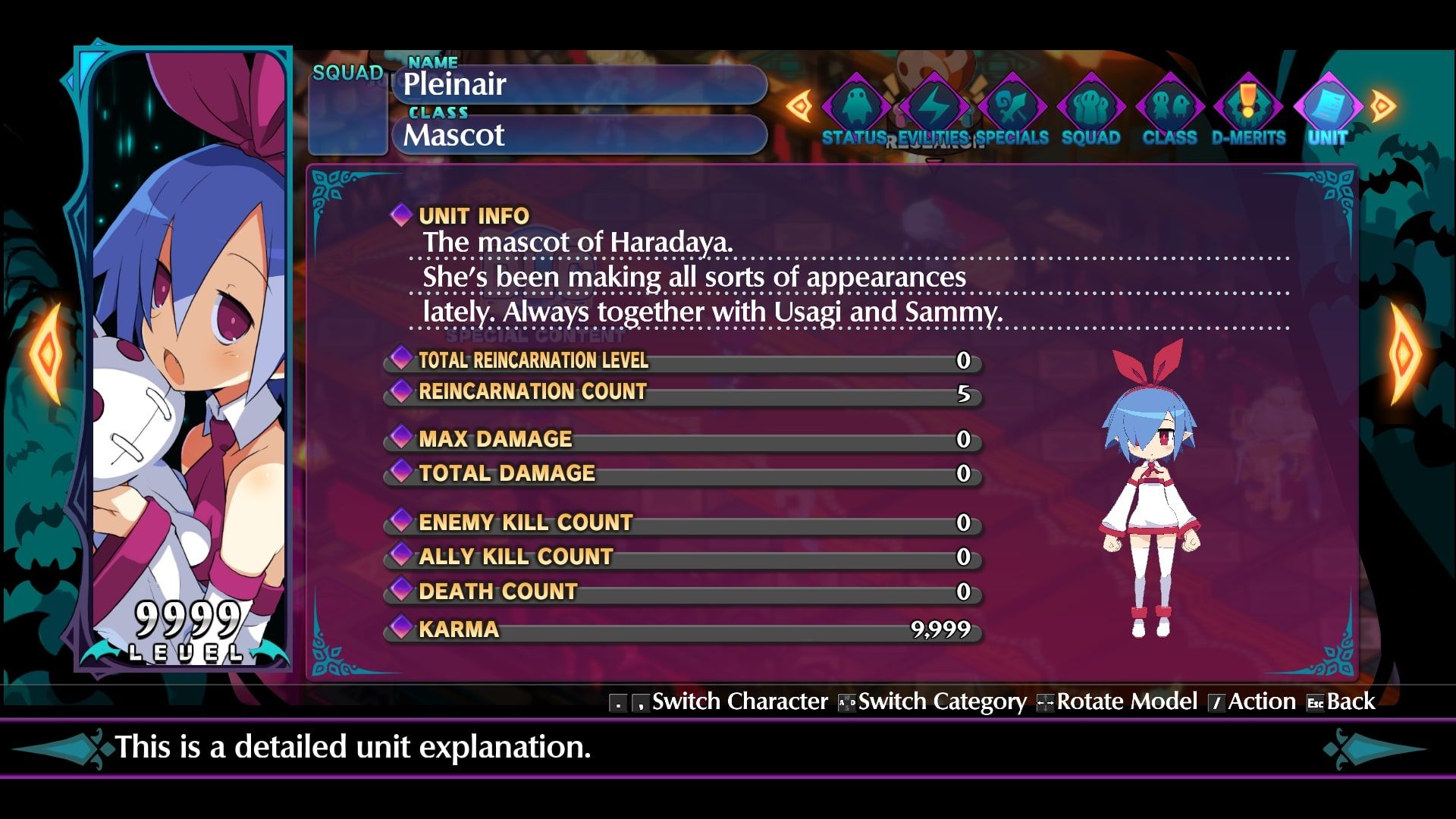 Pleinair is the closest thing to a mascot Disgaea has – even if she operates mostly as a cameo appearance. She is always wandering around with her friends Usagi and Sammy, and they even crop up during her attacks. 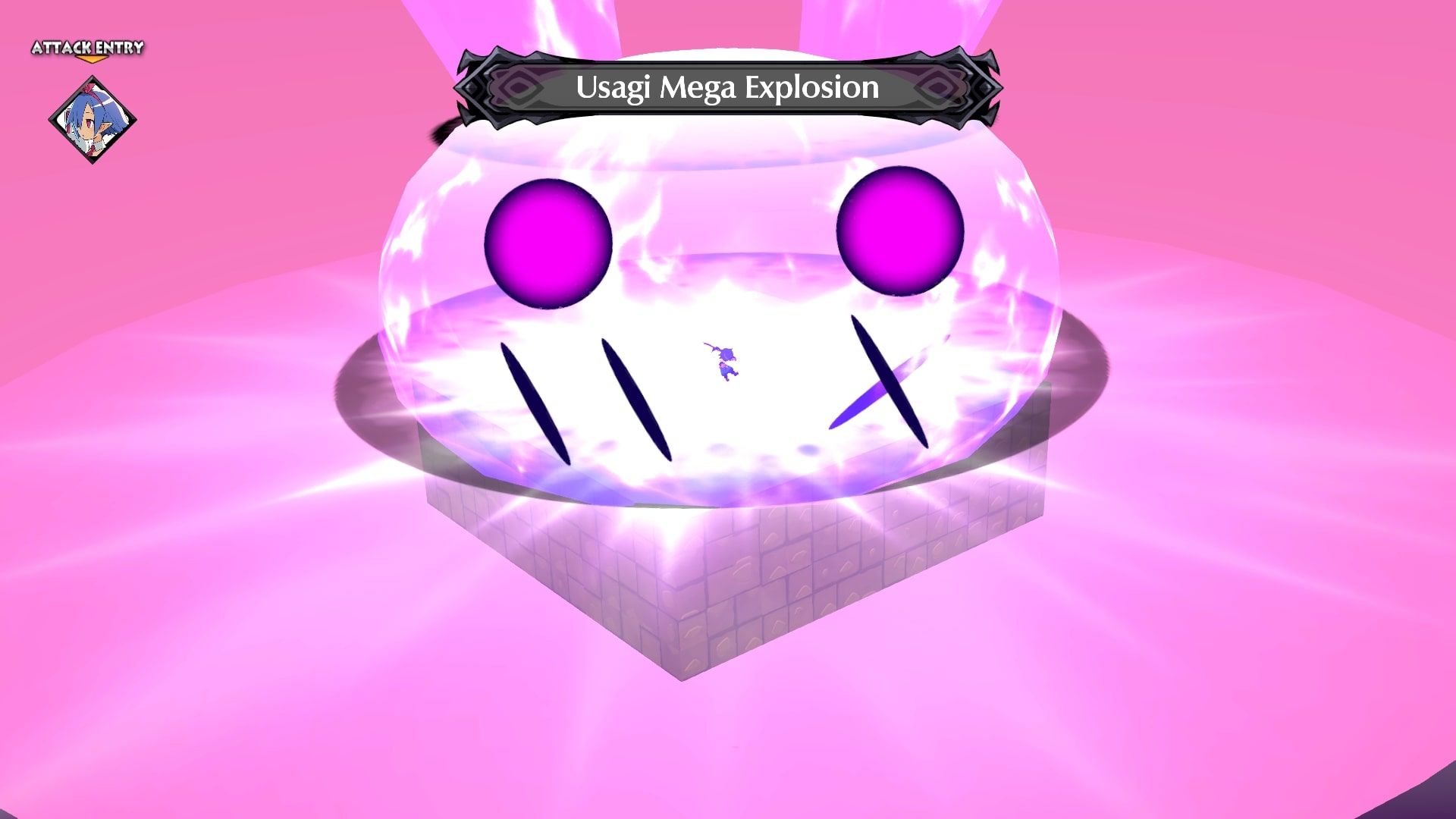 Pleinair fills a role that many characters try to fill, but she does so with some additional benefits that make her especially interesting. Her kit is pretty great, and theoretically, she should fit in many teams. Even without her skills, her love of ranged combat gives her a way to deal damage without taking up space on the frontline.

What Weapon Does Pleinair Use? 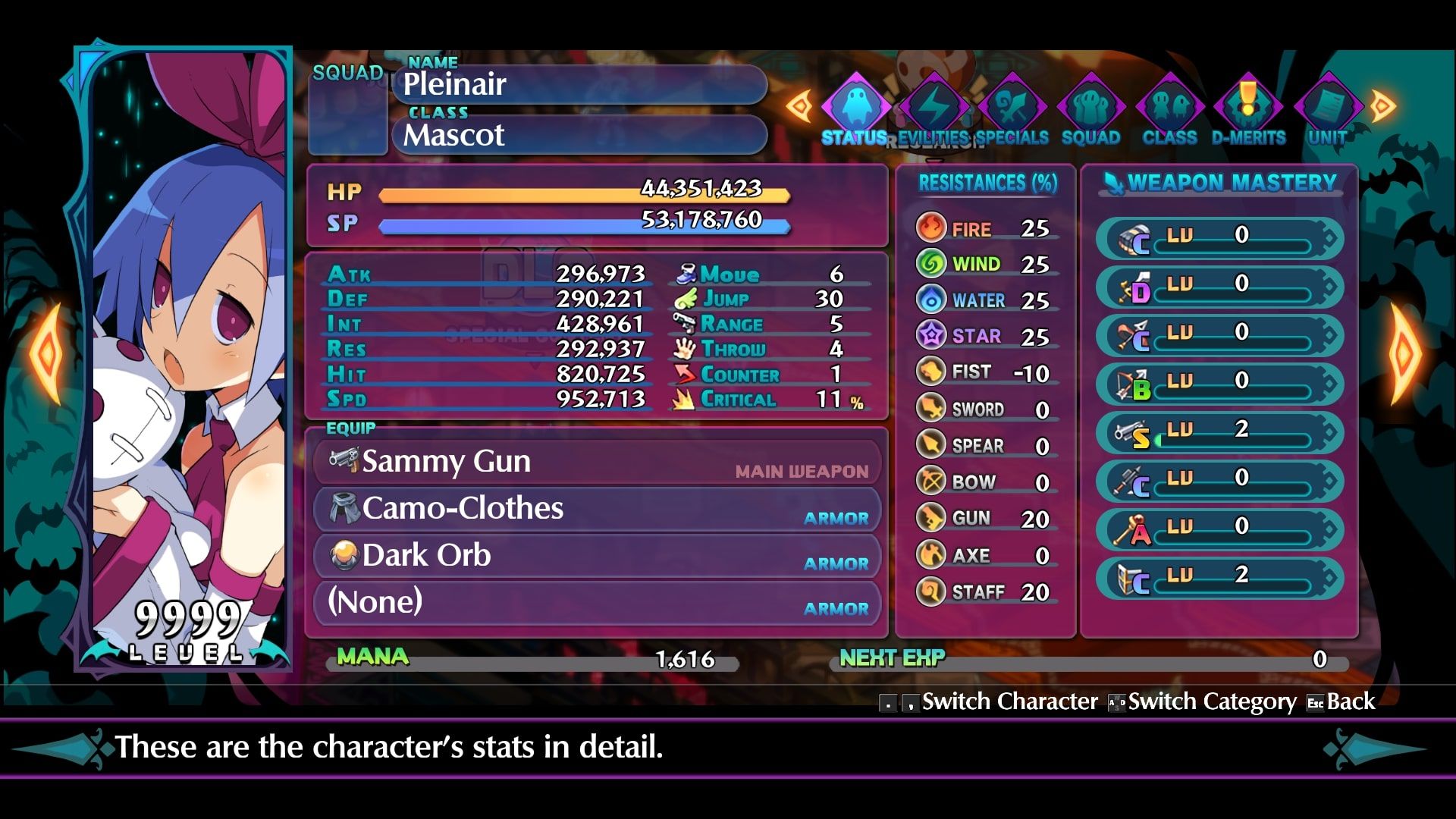 Pleinair likes to fight from a distance, which leaves only two worthwhile weapons.

We say two. What we mean is one – and that is Gun. Pleinair is one of the few characters rocking an S Mastery, and this is not to be underestimated. Not only that, but all of her Specials scale off of HIT and SPD – the primary stats that Guns provide. 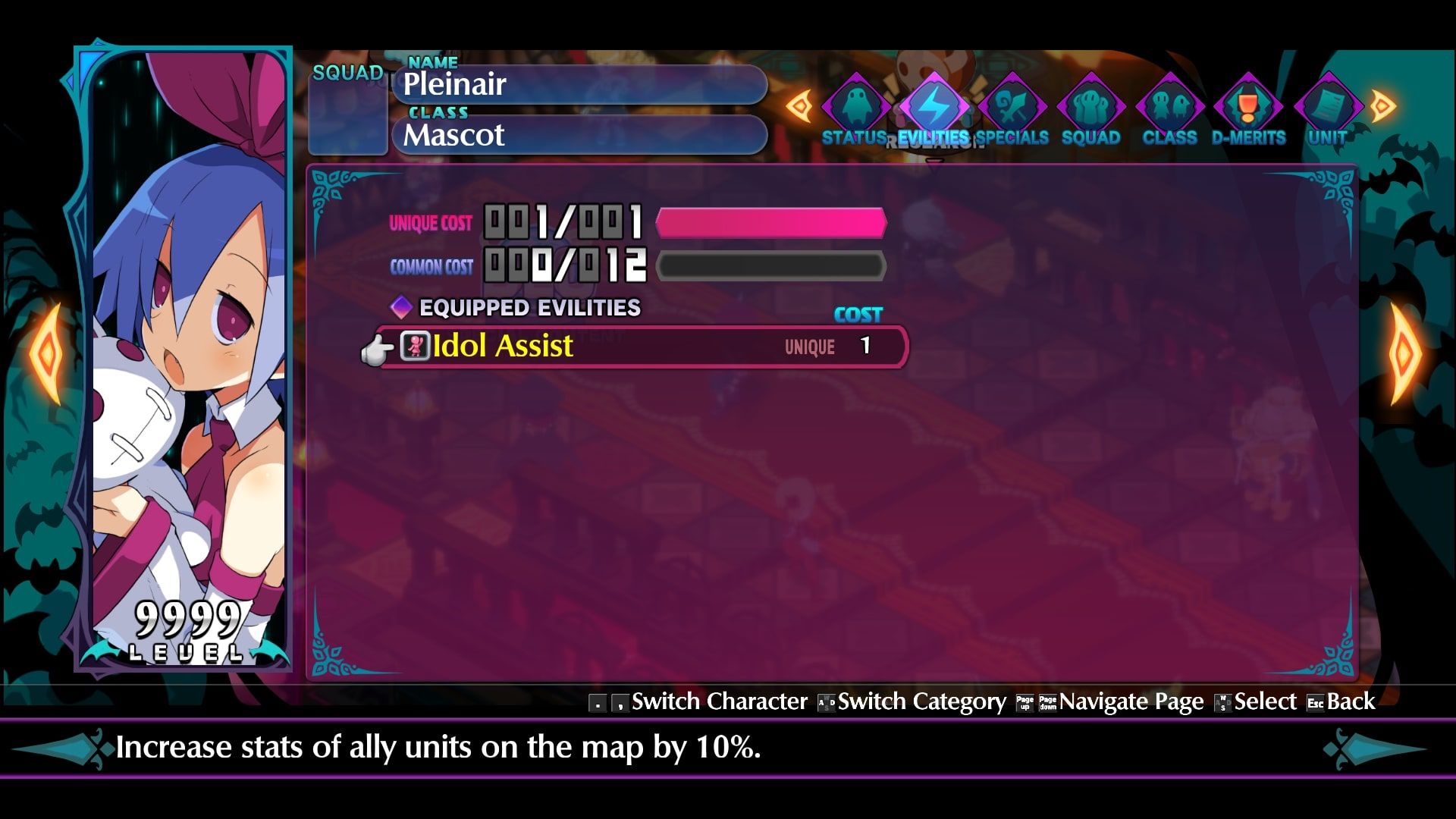 Pleinair has one unique Evility.

Idol Assist is just a solid Evility. That global stat increase is nice to have, and it has no requirements for activation. With Pleinair running around, your team is just better at doing what they are meant to do. 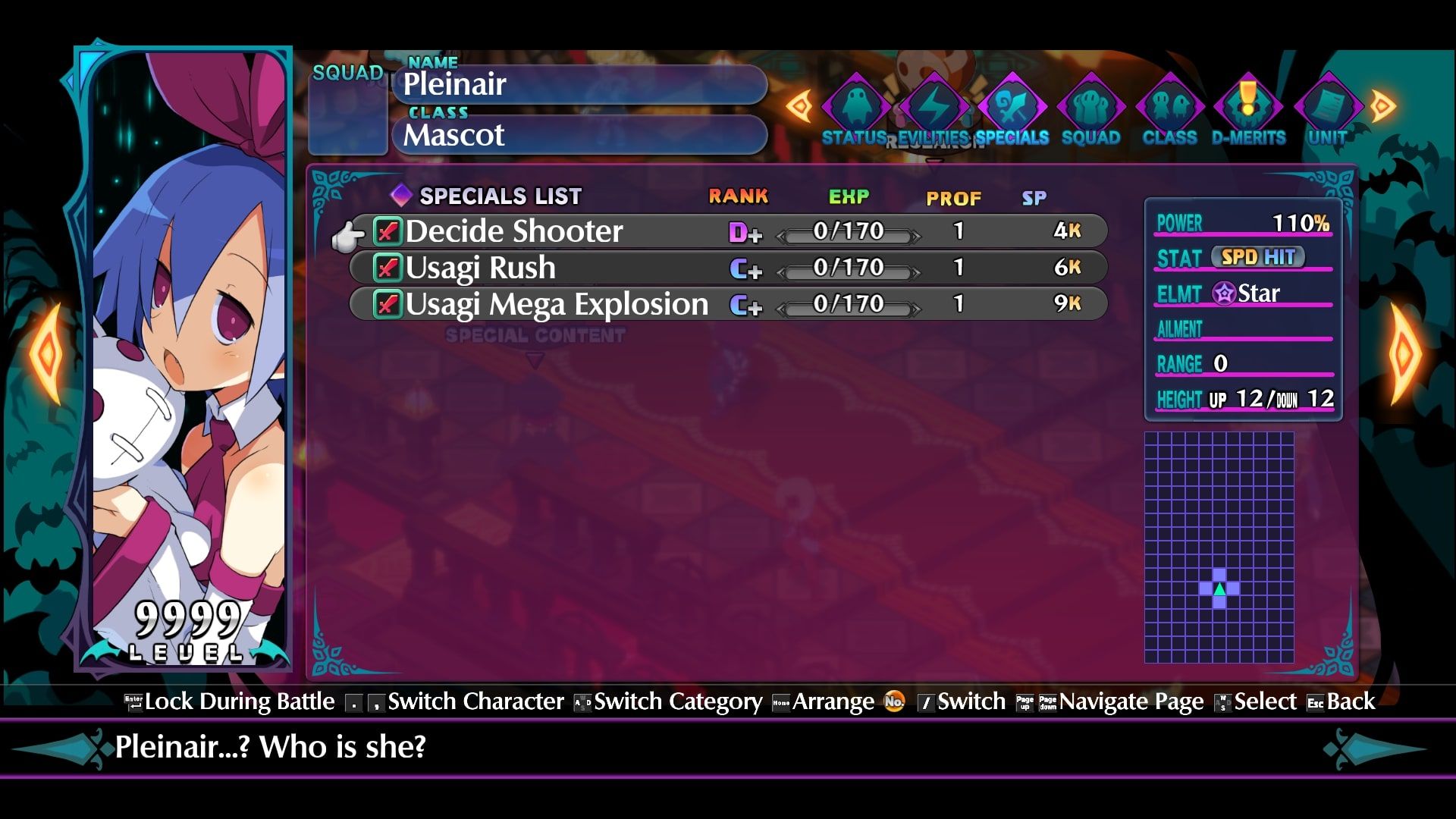 There are two good skills in this lineup – Usagi Rush and Usagi Mega Explosion. Usagi Rush has a ludicrous line AOE that allows Pleinair to snipe enemies from a huge distance. Being a Star skill it bypasses most defences too, which is nice.

Usagi Mega Explosion on the other hand is your classic 3×3 explosion. This profile can be found on many characters, but since Pleinair has that S-Rank with guns and a killer Evility, she becomes quite the pick.

How To Use Pleinair 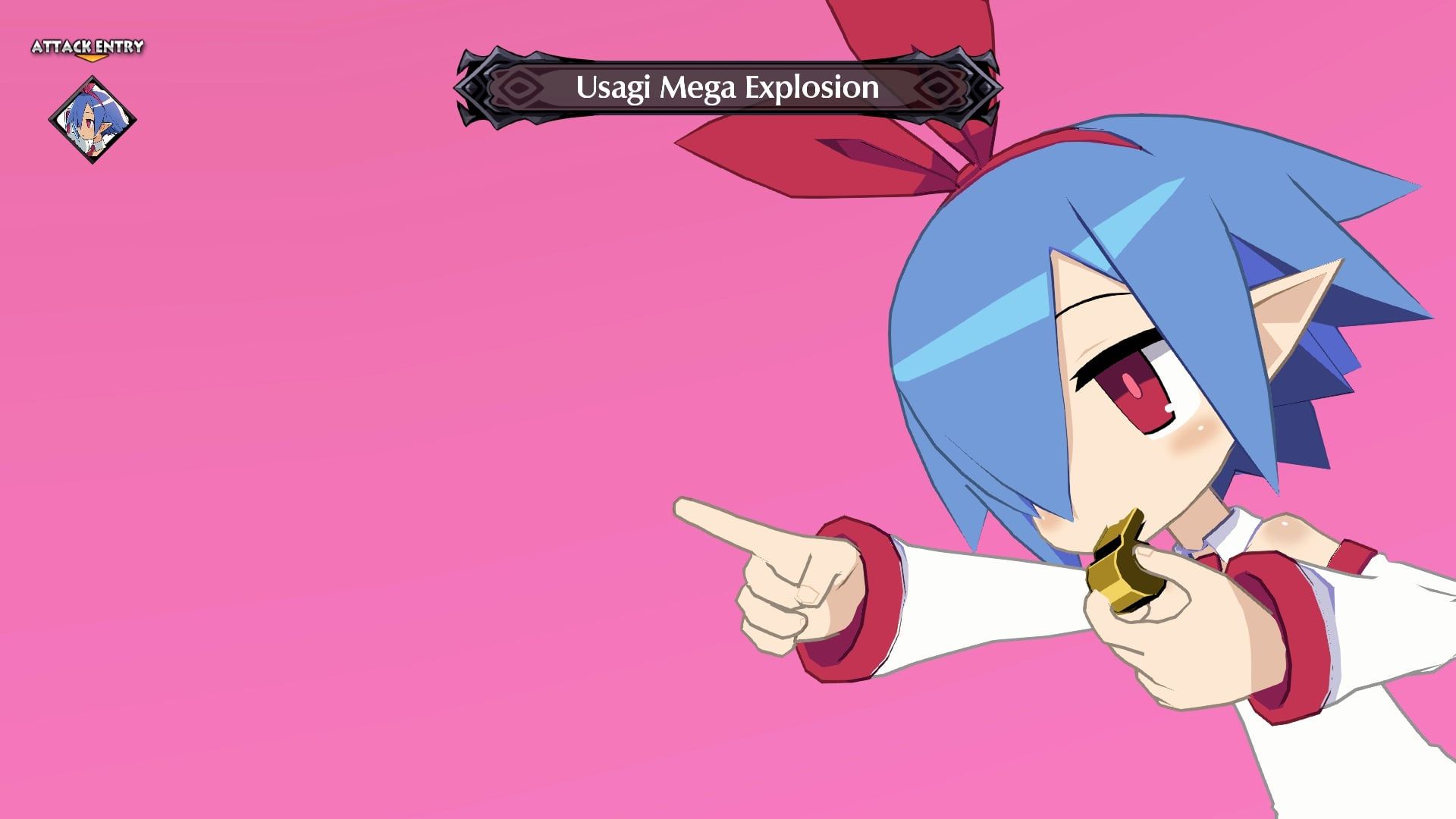 Pleinair is very useful when on maps that require AOE support. Her single target damage is not that great, and she lacks any support skills. Of course, her Evility is very nice, but if she can’t pull her weight in combat, she can be a hard sell.

As a general rule, you want to keep her back and use her amazing range to deal AOE damage. If you bring her against a boss, then you might be better off just firing your pistol. In either case, you want her safe. As long as she is alive, your team will be getting that sweet 10 percent stat increase.