Digimon Survive vs. Digimon Story: Cyber Sleuth – Which Is Better?

Between games, several anime series and movies, new virtual pet devices, and a popular trading card game, Digimon has seen more popularity in the past few years than it has had in a long time, despite its shortcomings.

Digimon Story Cyber Sleuth was the start of this trend, being a game released internationally after a positive fan reception, while the visual novel and tactical JRPG hybrid Digimon Survive is the most recent Digimon game to have seen the light of day — even after several significant delays. But which is the better of these two significantly different games? 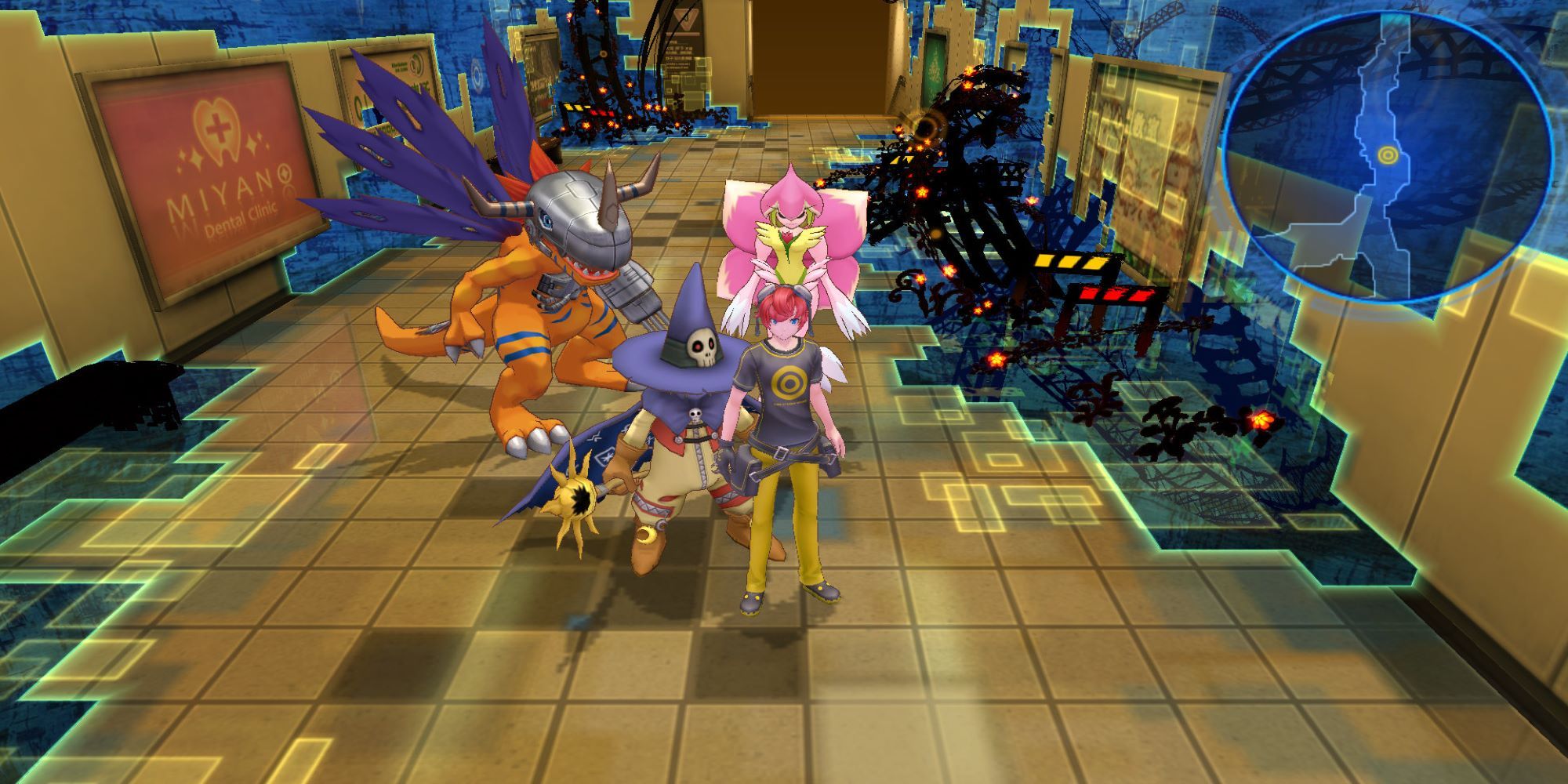 Digimon Story: Cyber Sleuth has 249 Digimon for you to obtain, while the Complete Edition added 92 new Digimon from Hacker's Memory. Since Digimon Survive is primarily a visual novel but features tactical battles, the number of obtainable Digimon was significantly reduced, with only 113 available.

In both games, many digivolution lines are mixed. While in Cyber Sleuth this provides an easier way to obtain new Digimon, it's more annoying to see that so many recruitable Digimon in Survive have similar digivolution trees due to the smaller number of them. However, since obtaining Digimon isn't Survive's focus, it's a forgivable flaw. 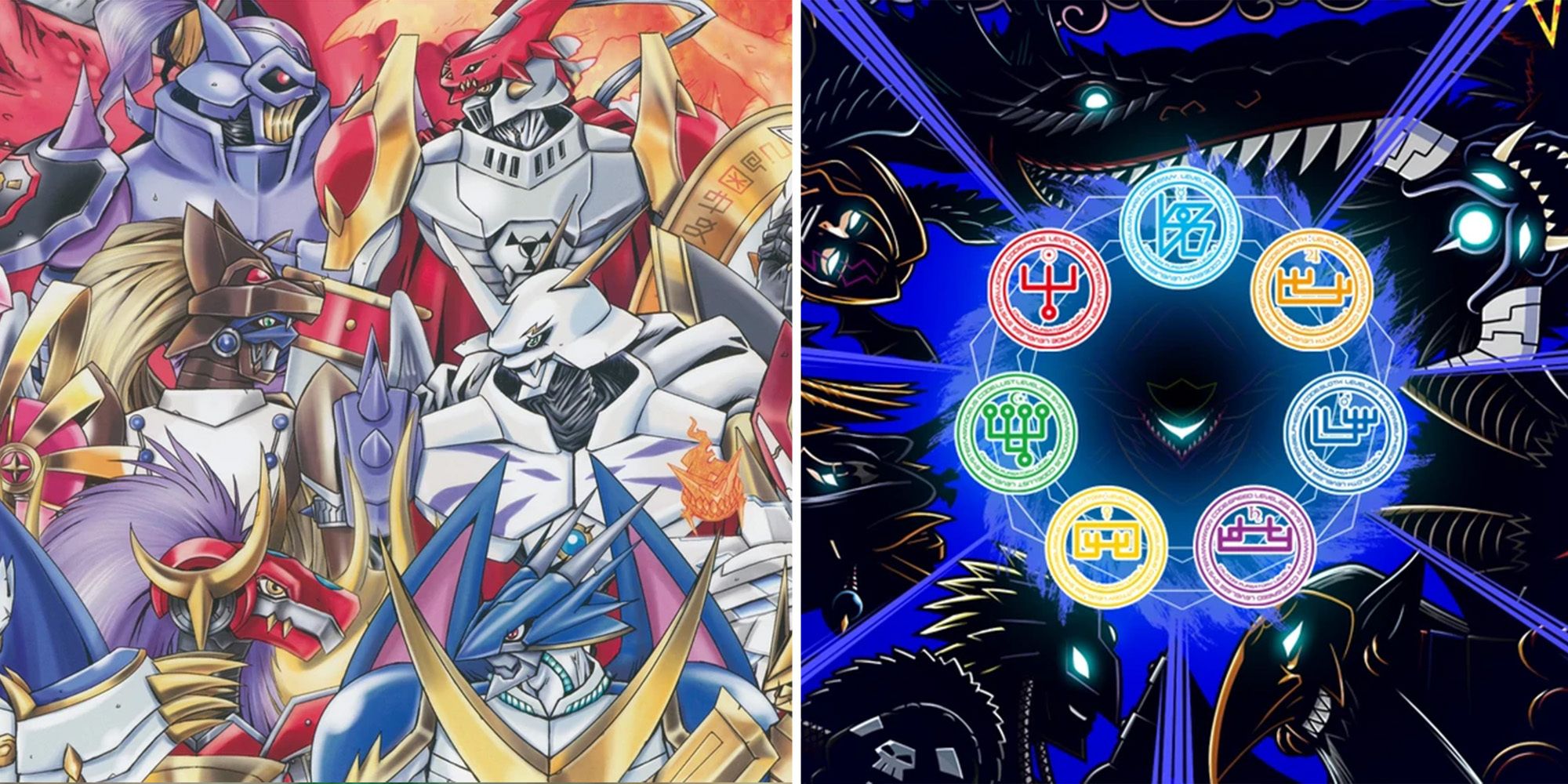 Since Digimon Story: Cyber Sleuth is a more standard, turn-based monster-taming JRPG, it has a lot more content than Digimon Survive does. The base game is much longer, taking around 50 hours to complete, a 20.5-hour increase from Survive's 29.5-hour average playtime.

Unlike Survive, Cyber Sleuth has plenty of post-game content through side quests, the most notable of which feature the Royal Knights and the Seven Great Demon Lords. These two powerful groups of Digimon must be battled and defeated, with many members adding a mechanic that makes fighting against them more challenging. 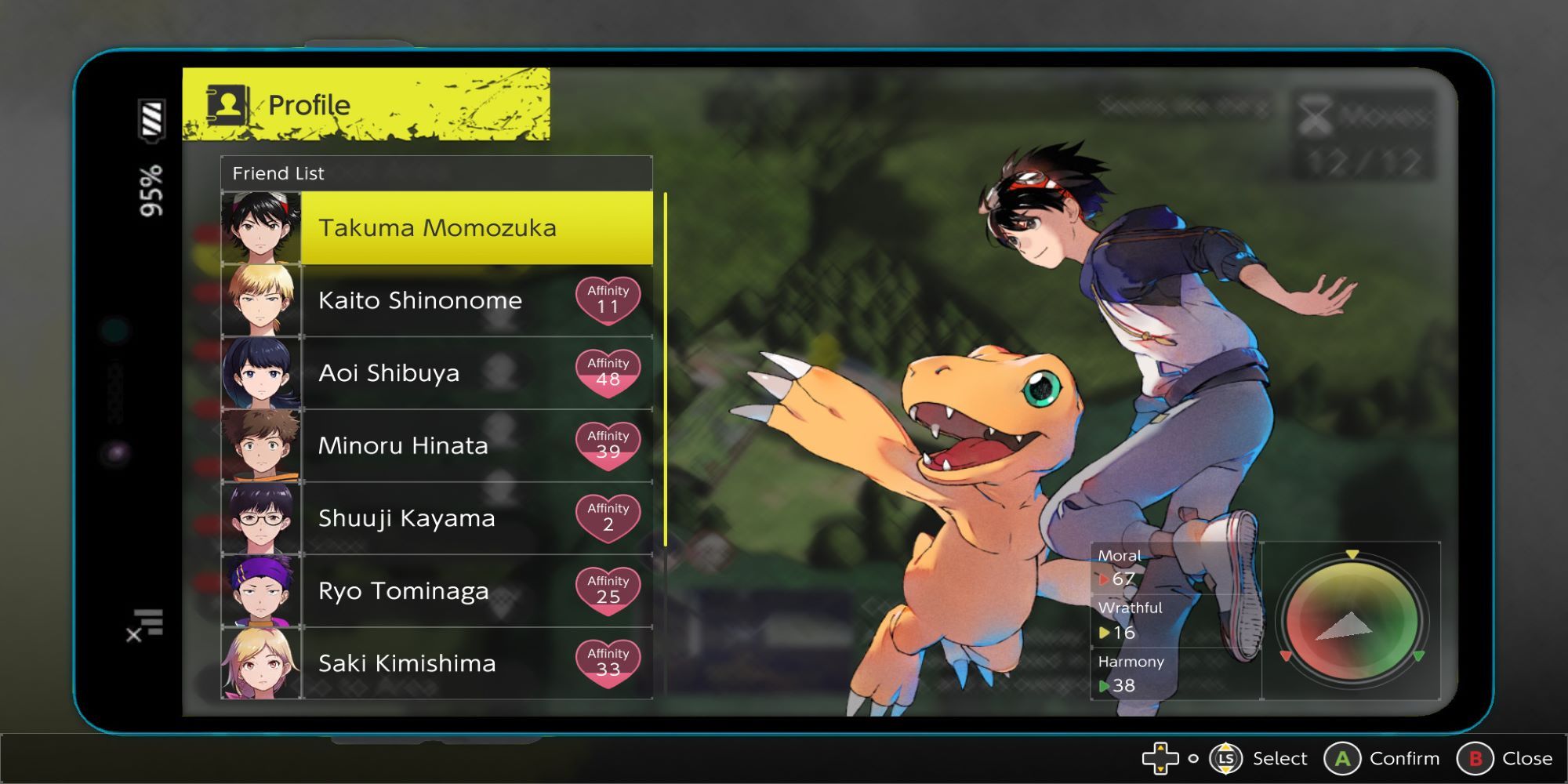 Because you spend more time interacting with characters in Survive, it makes them easier to dislike than those in Cyber Sleuth. Raising Takuma's affinity level with characters is also important, since it's required to unlock certain Digimon and endings. 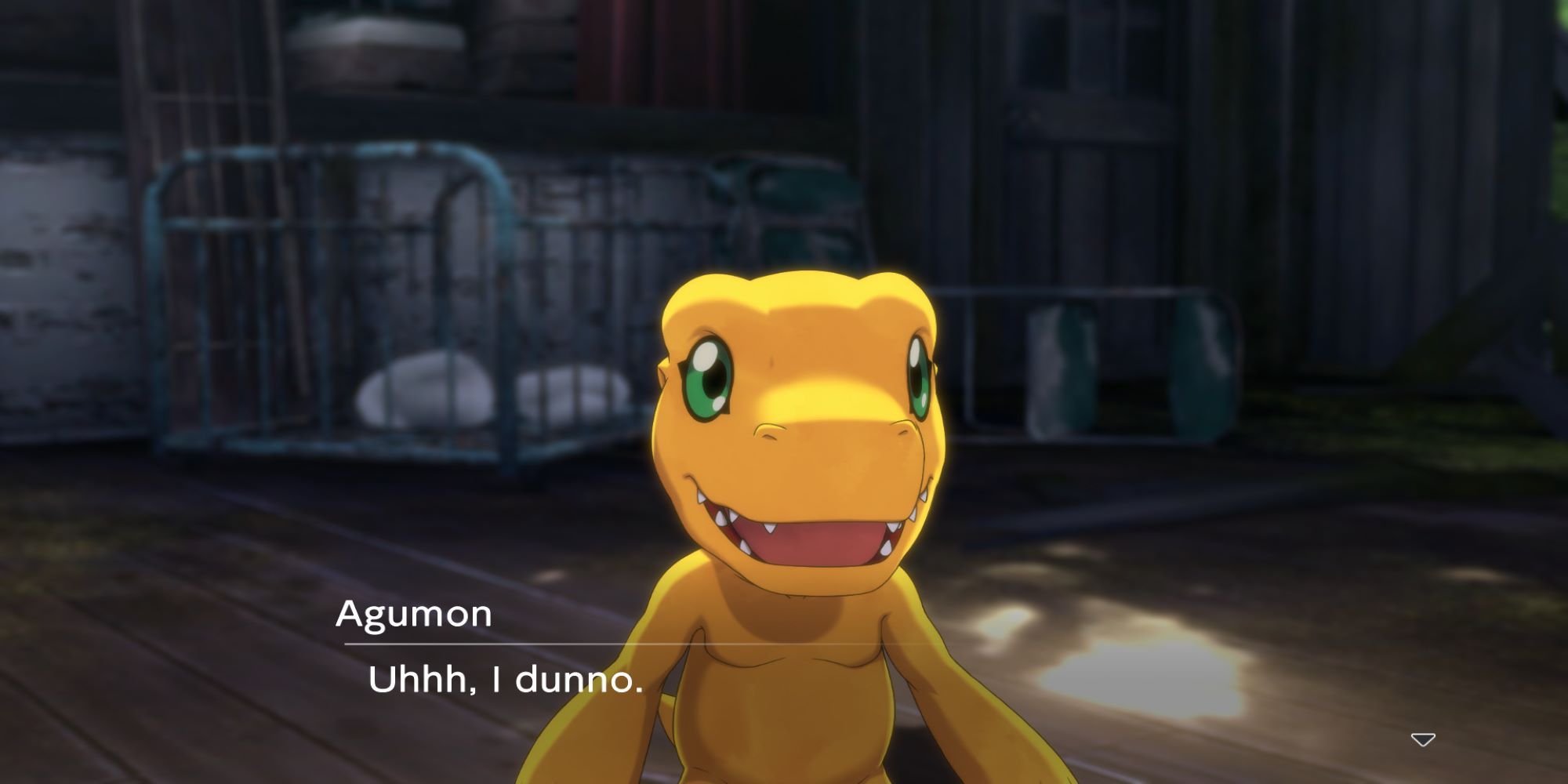 The Digimon you obtain in Cyber Sleuth don't feel unique personality-wise, similar to how Pokemon feel in their mainline games. While the extra recruitable Digimon in Survive still feel like this to an extent, the partner Digimon of the human cast are more like actual characters, since they all have their own, unique dialogue and actual personality traits.

Rather than exclusively communicating with them through text messages like in Cyber Sleuth, the Digimon partners in Survive do what they can to help, encourage, or balance out their human partners. These digital monsters may be naive, but they often have surprising moments of wisdom. 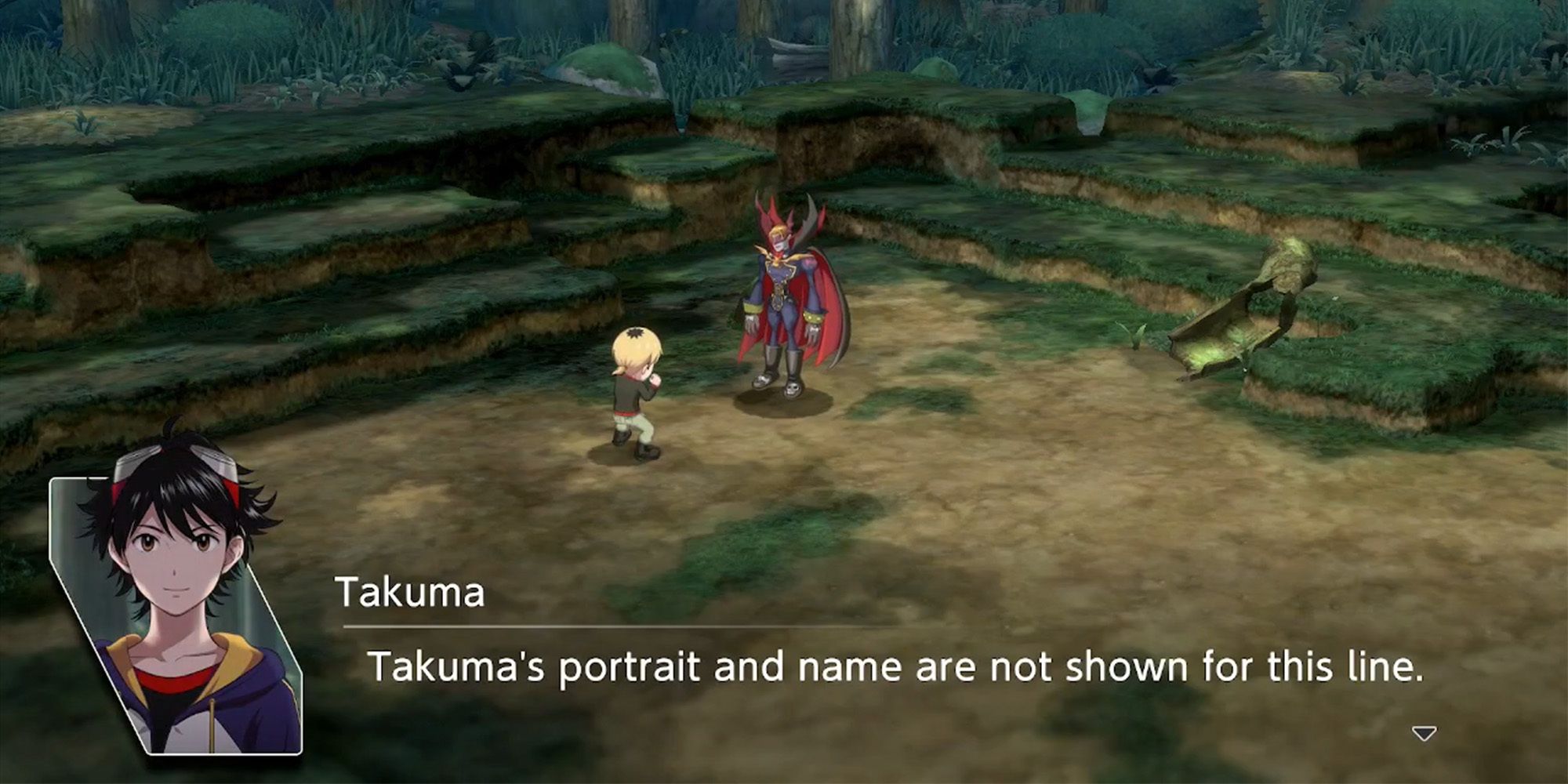 A problem that both Digimon Survive and Digimon Story Cyber Sleuth have is that they are full of localization errors. There are plenty of examples in Digimon Story: Cyber Sleuth and Hacker's Memory, one of the most infamous is when bakemono, a Japanese word meaning monster, is repeatedly translated into Bakemon, a ghost Digimon — despite this particular Digimon being irrelevant.

Digimon Survive has plenty of errors as well, including misgendering Digimon partners, numerous grammatical errors, and more. One moment that sticks out like a sore thumb is when placeholder text can be seen while showing Takuma and his portrait, despite there not being any dialogue. 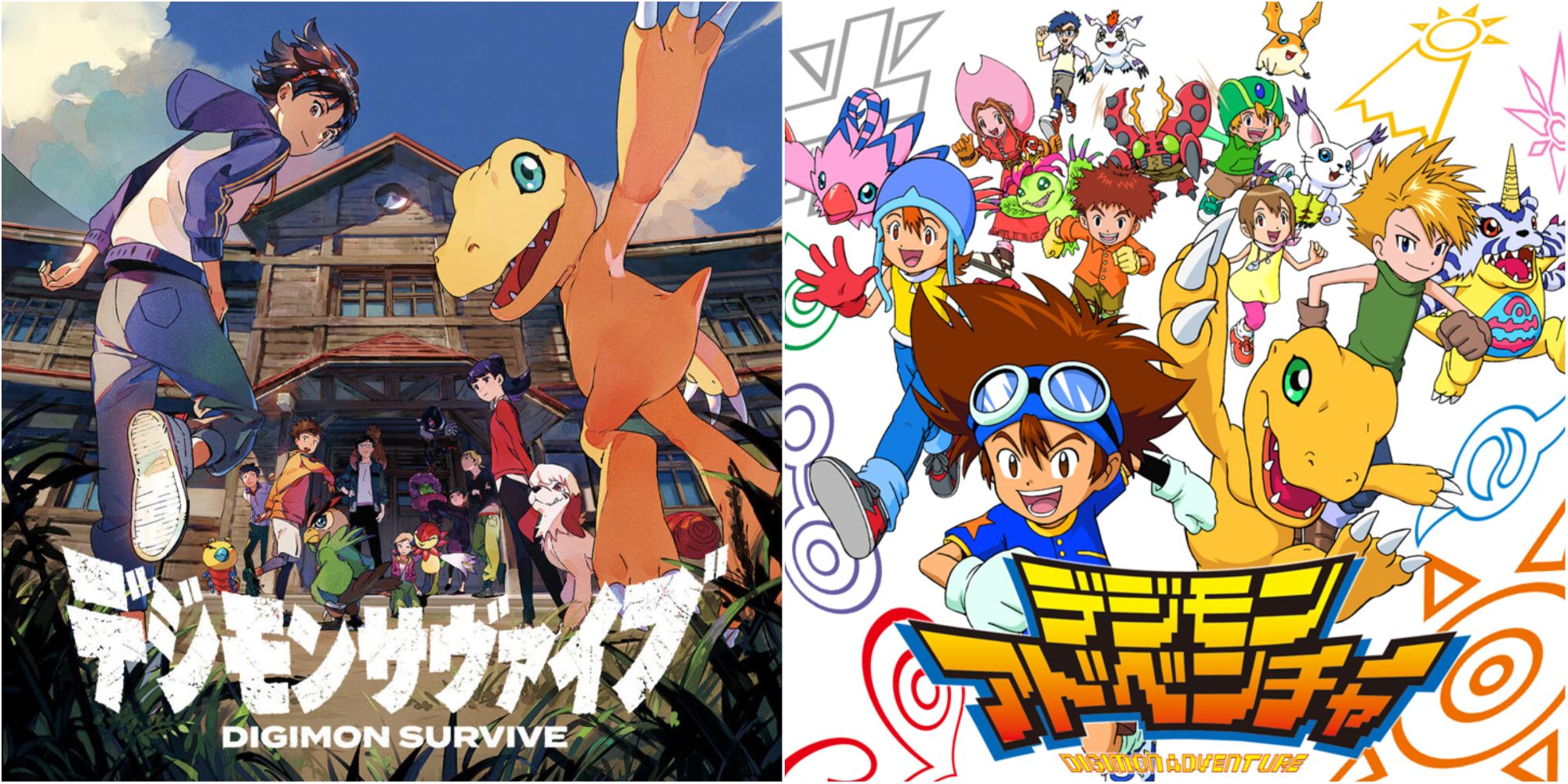 Digimon Survive has quite a few similarities to the original Digimon Adventure series and its sequel. These similarities include randomly snowing during a summer field trip, the cast unknowingly traveling to the Digital World, the main character wearing goggles and having Agumon as his partner, and several of the same Digimon having similarly significant roles.

The biggest difference between the two is that Survive has consequences that are more grim, such as members of the cast dying depending on the path taken. Digimon Adventure Tri experimented with this briefly, with Tai fearing consequences, but it felt more out of place for a series with previously established characters. 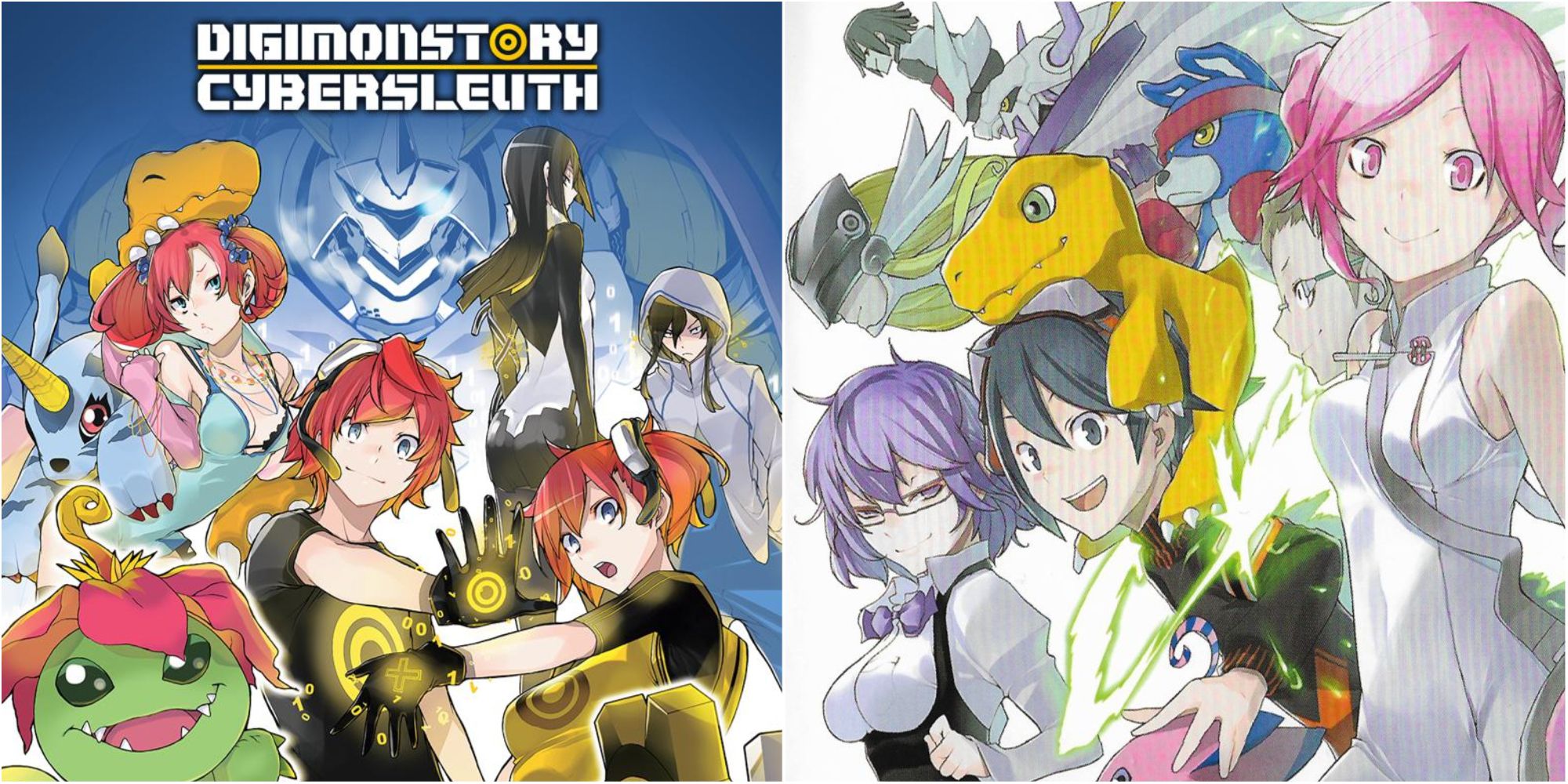 The world of Digimon Story: Cyber Sleuth is different from the worlds of the anime series, in that Digimon mostly live in Cyberspace Eden — a virtual world similar to those seen in Digimon Adventure: Our War Game and Digimon World 3. However, Digimon can still appear in the real world, under specific circumstances.

Additionally, Mirei Mikagura, who plays a significant role in Cyber Sleuth, is originally from Digimon World Re: Digitize, a Japan-exclusive title for the PSP. Some side quests also feature cameo appearances by characters from previous Digimon games, such as Sayo from the Nintendo DS titles Digimon World Dawn and Dusk. 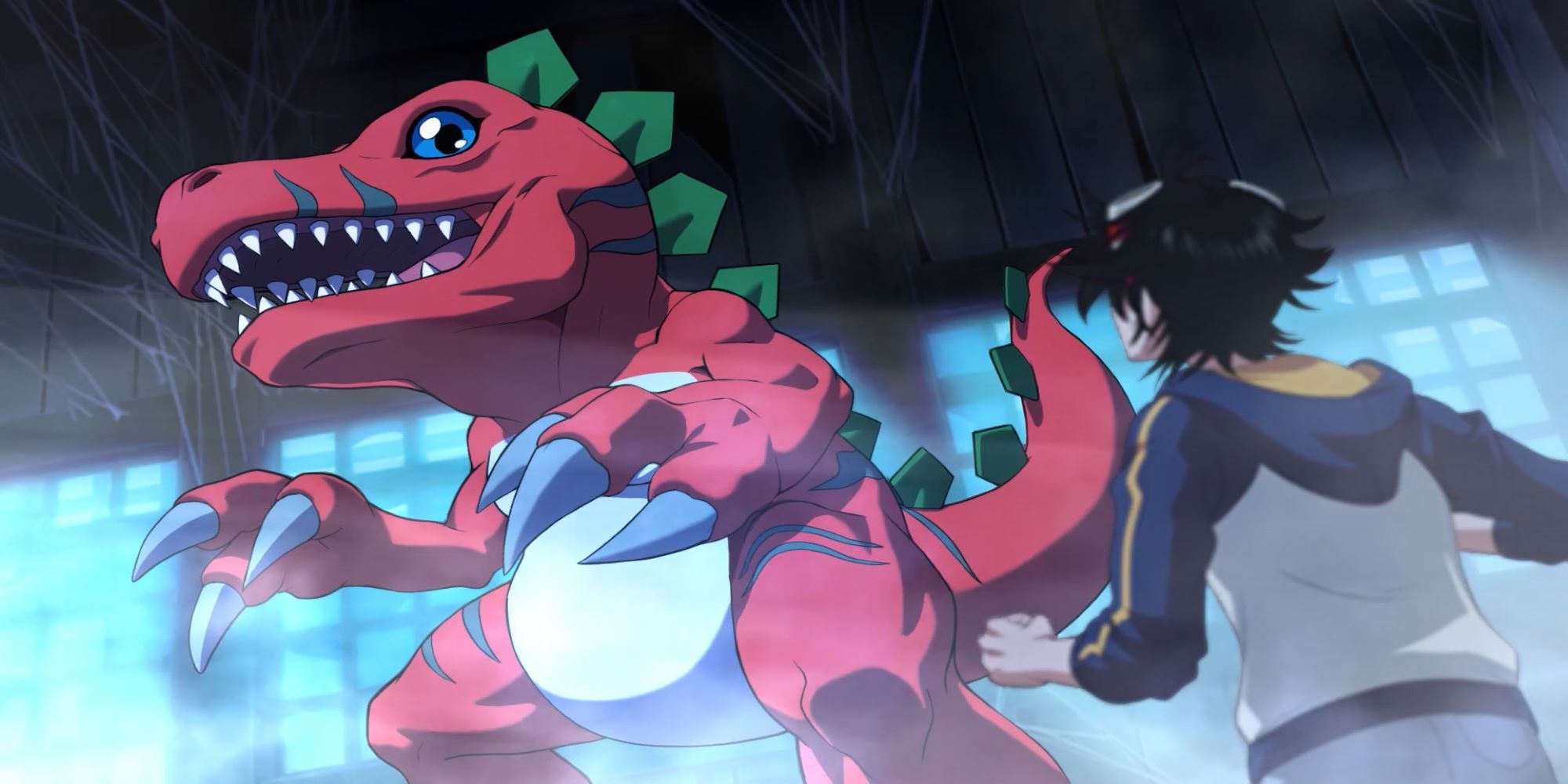 Because of its multiple choices, endings, and shorter length, Digimon Survive has more replay value than Digimon Story: Cyber Sleuth. Of course, once you've unlocked all endings, Digimon, and collectibles, there's nothing left to do. Since there's no flowchart like in other visual novels and character affinity doesn't carry over, completing everything also takes longer than you might assume.

Because Digimon Story: Cyber Sleuth is around the length of most standard JRPGs, at about 50 hours, it has much less replay value than Digimon Survive — particularly since you can do everything in just one playthrough if you're a completionist. 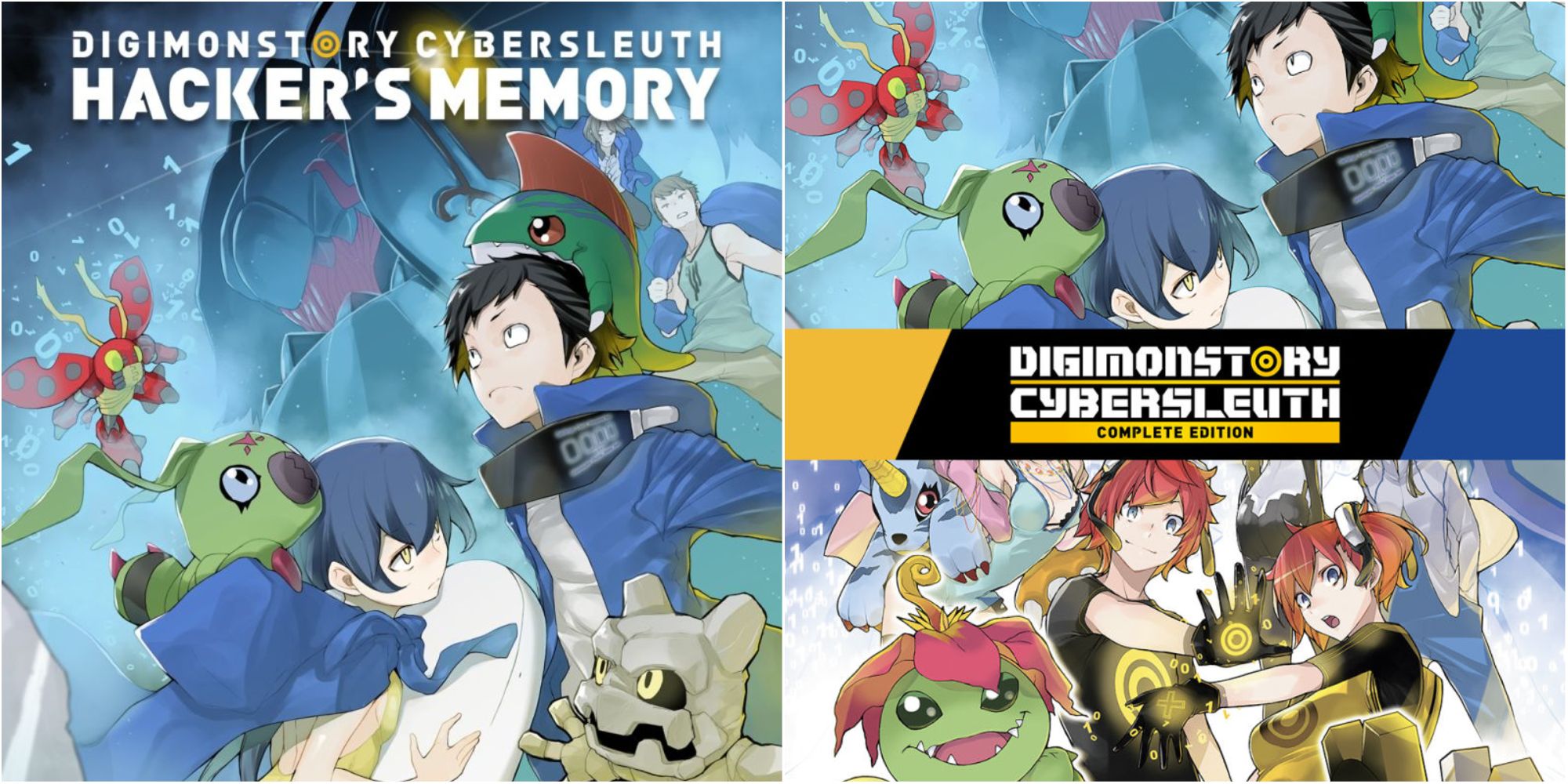 As mentioned earlier, the Complete Edition of Digimon Story: Cyber Sleuth, which includes Hackers Memory and the 92 Digimon added to the first game, launched in 2019. It's unclear whether Digimon Survive will get a sequel, but because of how well it has sold and the sequel tease shown in the true ending, it may be more likely to get a sequel than fans previously assumed. 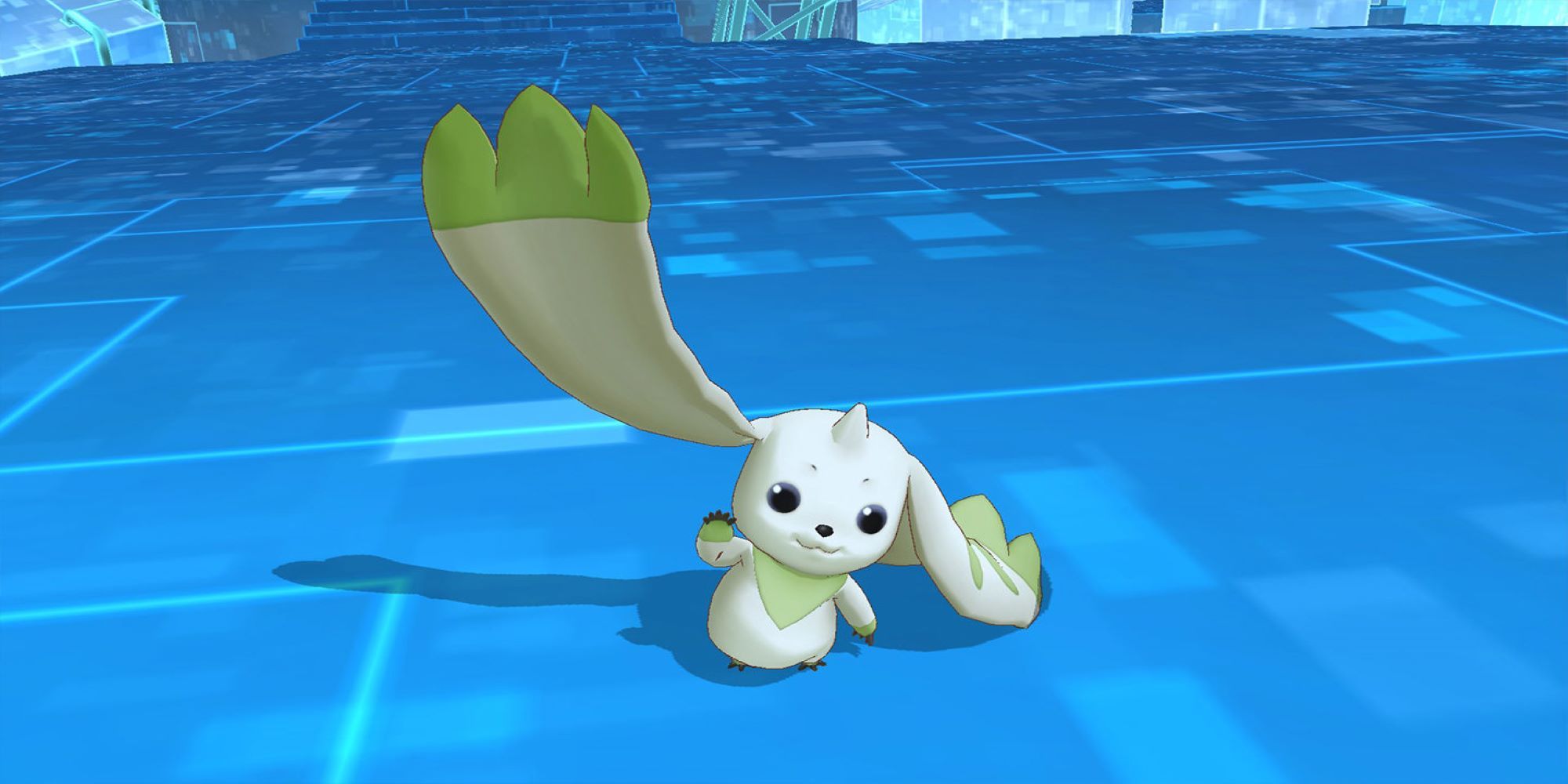 In our opinion, Digimon Story: Cyber Sleuth wins due to all the previously mentioned reasons, such as length and having more Digimon. However, Digimon Survive is a better choice for those who enjoy the original Digimon Adventure anime series, visual novels, and shorter playtimes.

The best way to play Digimon Story: Cyber Sleuth is through the Complete Edition on Nintendo Switch and Steam, since it includes Hacker's Memory, the additional Digimon, and some localization fixes. If you'd rather play the first game by itself, you're out of luck unless you can find a physical copy — it was delisted from the PlayStation Store in 2019 before the launch of the Complete Edition.