Battlefield 2042 is in crisis. The game launched with 100,000 players on Steam back in November, but now it's hovering around 10,000 players per day. One can only assume that the console player numbers feature a similarly precipitous drop. It's gotten so bad that Battlefield fans have even turned to Battlefield V to get their fix over the latest game.

Although Battlefield 2042 is suffering, fans are quite vocal about everything that's wrong with 2042, from a lack of voice chat and scoreboard to specialists that seem more about selling skins than creating fun gameplay. It's a cacophony that didn't get any quieter over the holiday break, and now DICE and EA are getting back to work only to discover a flood of angry posts on social media.

Andy McNamara, EA's global director of integrated communications, responded to the general outcry over on Twitter. "Back to work today, check Reddit & Twitter and Battlefield fans are pissed we didn't do enough updates or communicating during the holiday break," McNamara wrote. "Guys, people gotta rest. We have things in motion but we have to figure out what is possible. We will address it when [we] are 100%. 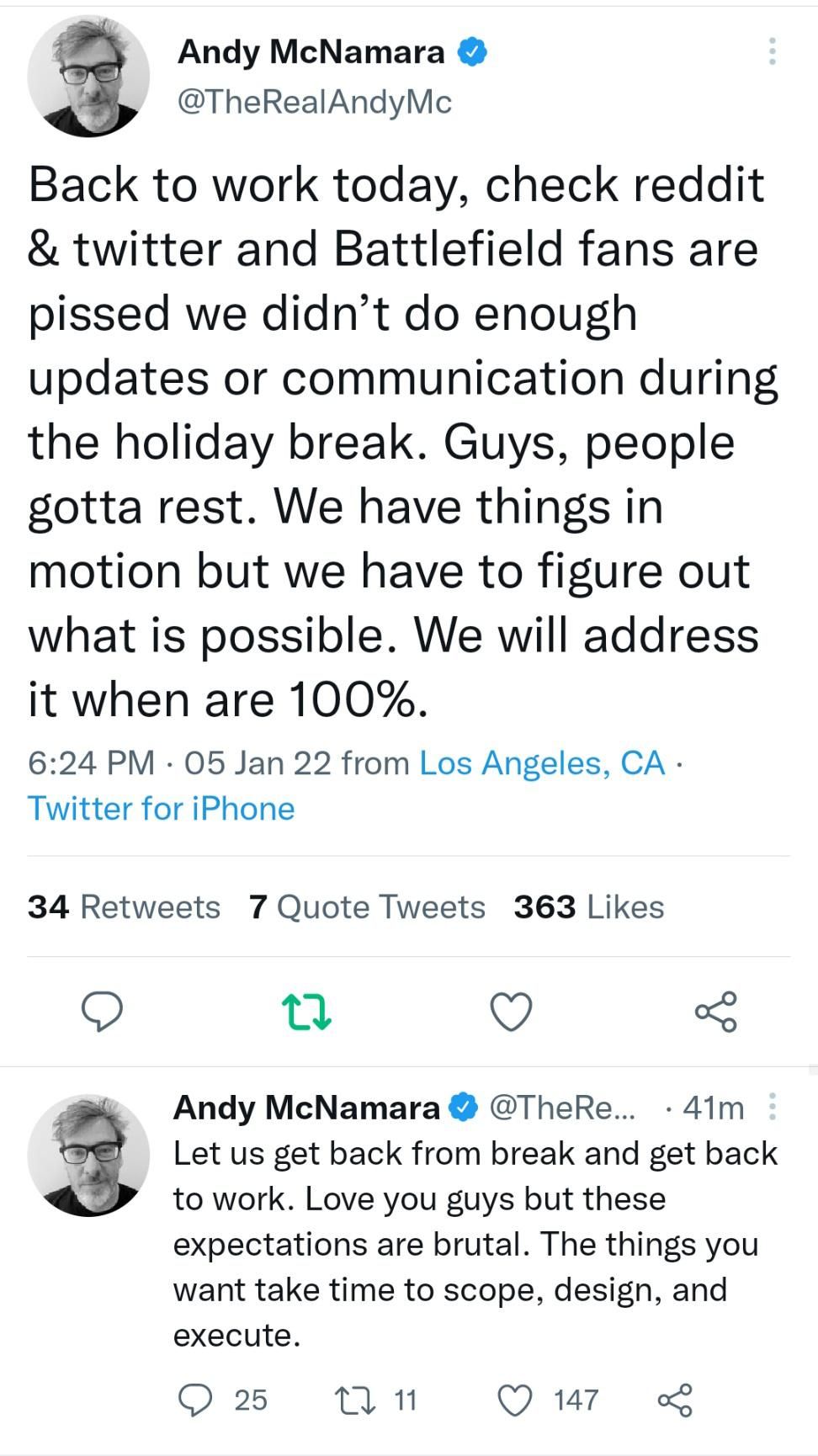 "Let us get back from break and get back to work. Love you guys but these expectations are brutal. The things you want take time to scope, design, and execute."

McNarama deleted these tweets soon after posting them, likely because telling angry gamers to chill out is about as effective as throwing gasoline on a house fire. But also because Battlefield 2042 players already have something new to be outraged about.

Rush just rotated out of Battlefield 2042’s Portal mode. A fan-favorite game mode that’s appeared throughout the series, fans are once again expressing displeasure that their voices aren’t being heard.

Hopefully, DICE and EA have had a refreshing break since it sounds like they’ve got a lot of work to do on Battlefield 2042.