Darkest Dungeon: How To Beat The Shambler

When it comes to bosses in Darkest Dungeon, these punishing enemies are mostly found within their set locations, however, there is one that can find you wherever you are — the Shambler. This creepy eldritch horror can appear as a hallway encounter or can be summoned via a special altar curio.

Defeating the Shambler will earn you a coveted Ancestor’s trinket, as well as the “A terrifying figure…” achievement/trophy. For everything you need to know about how to encounter the Shambler, battle strategy, and recommended party setup, we’ve got it all covered right here. 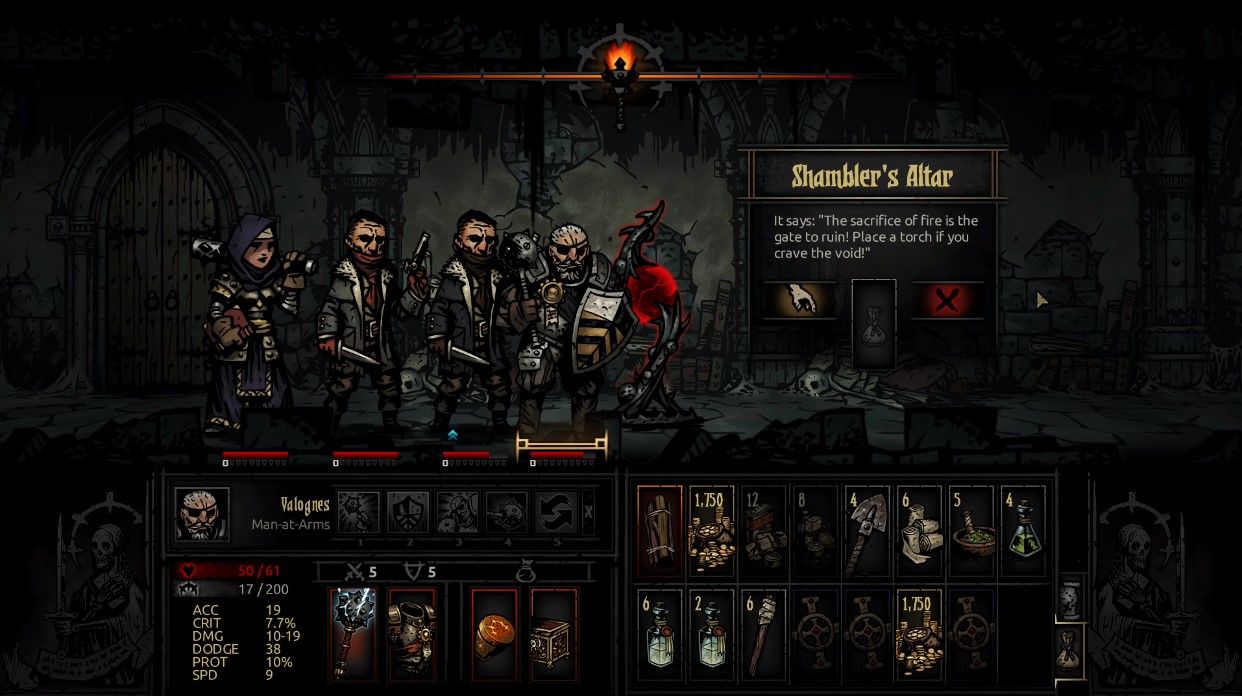 The Shambler is a special boss that can be encountered under one of two conditions:

As always, make sure all of your party members are well-equipped and be sure to bring along enough provisions and torches. We recommend trinkets that aid with stress relief or that increase the chance of your heroes becoming virtuous. Bandages and Antivenom will also help.

When it comes to your party setup, we recommend using the following heroes: 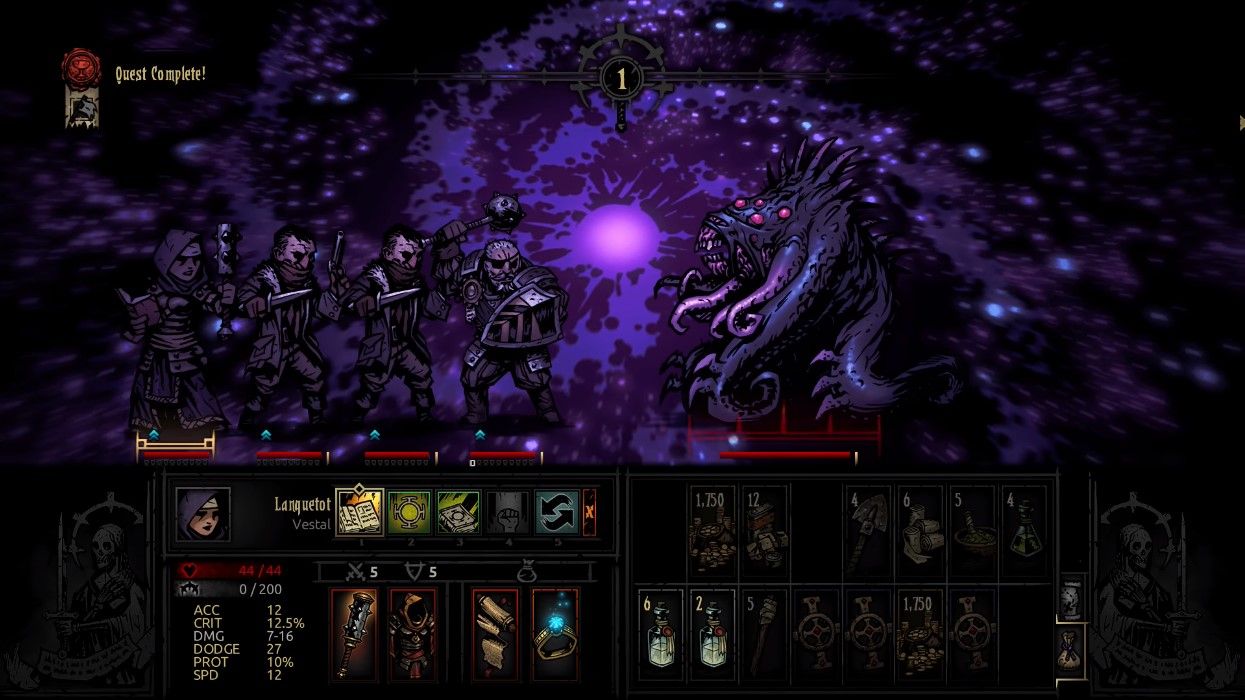 The Shambler is an Eldritch enemy that has high resistance to stun and moderate resistances to debuffs and DoTs.

The battle will always begin with your party being surprised, which will shuffle your heroes. Additionally, the Shambler will use “Stentorious Lament” to shuffle your party again throughout the battle. So heroes who have actions that will move them back into a better position are a bonus.

The Shambler battle will always be at zero torchlight and you cannot use torches to increase the light. This means that your heroes will gain more stress than usual during the fight, however, their critical hit rate will be increased. As such, bringing along a Jester or Man-at-Arms can help to reduce the stress levels of your heroes, while also improving the accuracy of your team as the Shambler has high dodge.

Other than Stress levels and repeated shuffles, you’re also going to have to deal with some annoying adds. The Shambler can use either “Obdurous Advancement” or “Undulating Withdrawal”, each one inflicts Bleed or Blight and both summon two Shambler Tentacles. 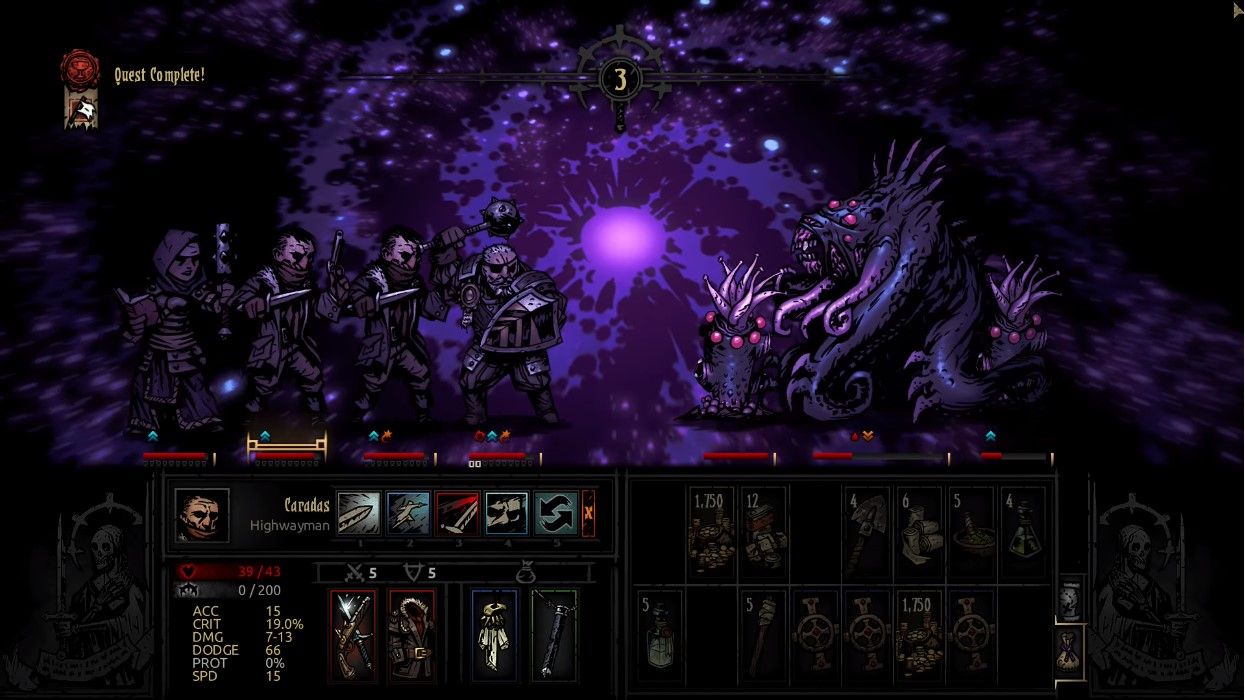 The dangerous thing with the Tentacles is that each time they attack they buff their accuracy, critical hit rate, damage, speed, and protection. As a result, you should focus on taking the Tentacles down each time the Shambler spawns them, though widespread attacks that affect the Shambler at the same time are preferred. Once the Shambler is dead, you will still need to kill any remaining tentacles.

Bleed/Blight will come in handy for taking down the tentacles, and you can also stick it on the Shambler too. We recommend using the Highwayman for this battle, though similar roles could work. The Highwayman is our top choice as he can inflict Bleed, has actions that can help to reposition himself, and also has Riposte.

The Man-at-Arms also has Riposte, which is great to use against the Shambler as its attacks fall on every hero in your party, so if you have more than one hero with Riposte, you’ll get in some bonus damage.