Dark Souls 2: How To Defeat The Smelter Demon

There was a distinct shift in boss design from Dark Souls to Dark Souls 2. While the first game pits you frequently against giant monsters, a majority of the encounters in the sequel are warriors. While this may make them seem less intimidating and more manageable, it also opens them up to more dynamic behavior and move-sets.

Of all the bosses you'll encounter, one of the most memorable is the Smelter Demon. A combination of giant monster and warrior, this fire-based entity can prove to be troublesome for the unprepared but can be beaten with a calm and controlled approach.

What Is The Smelter Demon? 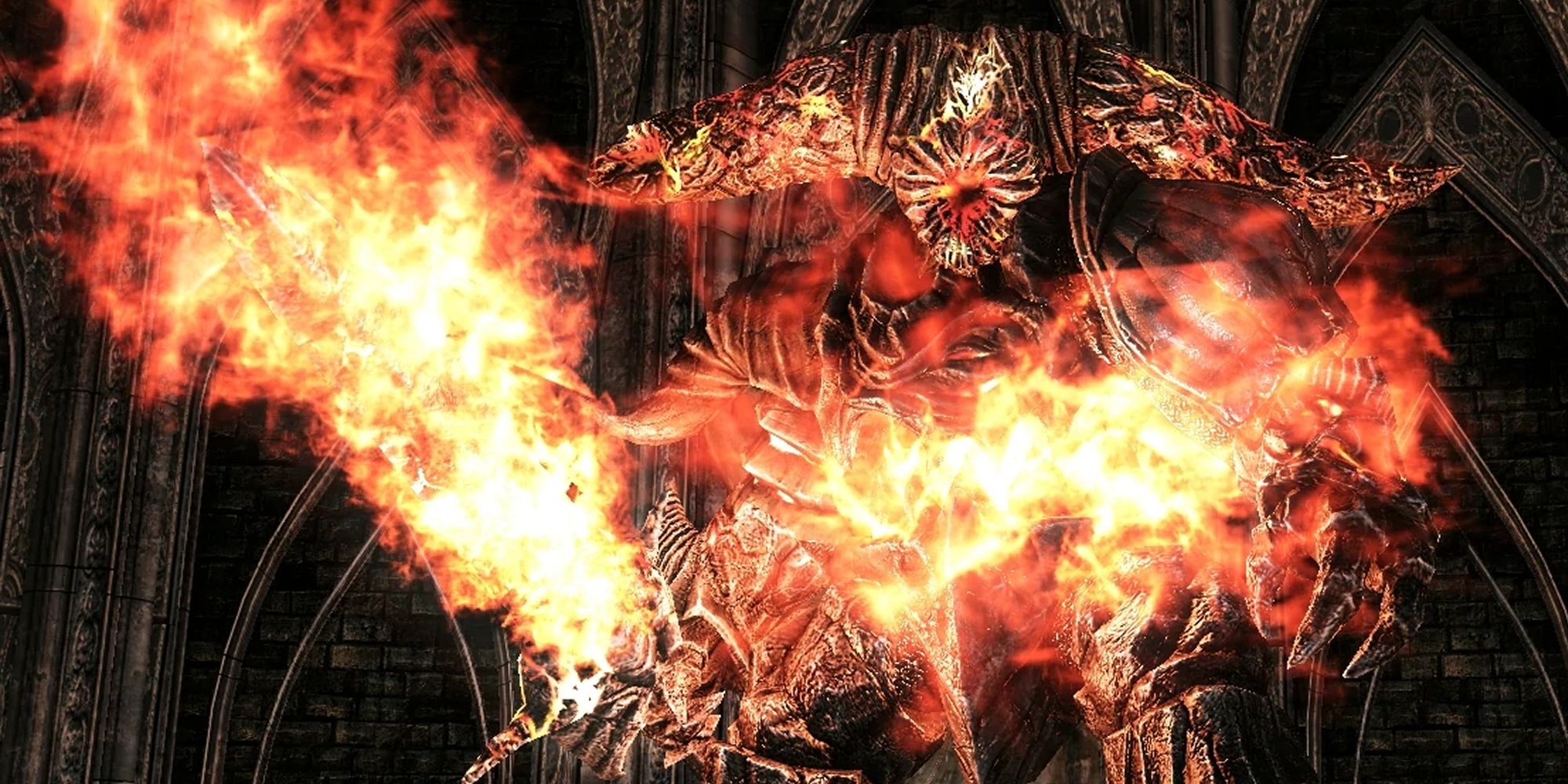 There are many distinct areas in Dark Souls 2 and one of the most notable is the Iron Keep. This huge metal fortress is dark and dangerous surrounded by a lake of lava in which it is slowly sinking. This is a key area you'll need to navigate in order to reach the Old Iron King.

Unfortunately, there are many enemies and hazards standing in your way, including the Smelter Demon. It appears as a large metal golem that looks to be powered by a flaming core where its stomach would be.

The boss is armed with a large sword and waits patiently in its own chamber. Thankfully, the chamber and the encounter are entirely optional if you don't feel like facing the boss just yet. However, defeating them will net you its Soul, access to its armor, and trigger an encounter with the Pursuer if you return to the chamber afterwards.

How To Defeat The Smelter Demon 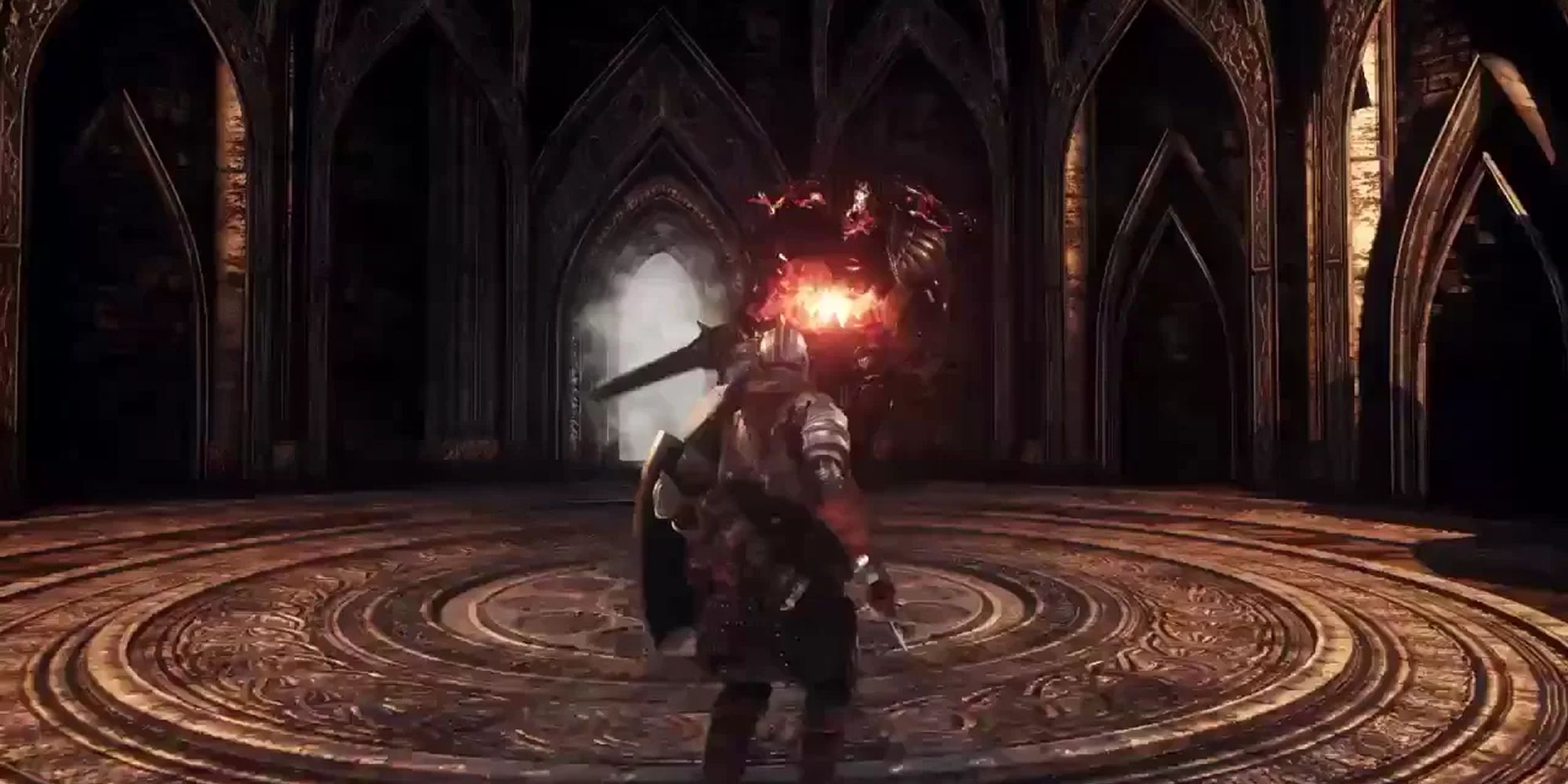 When fighting the demon, it's best to note its movements. Despite its size, the Smelter Demon can strike hard and fast if you're not alert. Its sword also gives it a fair amount of reach and area coverage so be wary. If it goes to swing at you, it will usually do so in patterns of three and will step towards your location. This can be easily avoided by rolling through the strikes and going behind the boss.

Even though it doesn't have any ranged attacks, the Smelter Demon can cover distance easily. One way is by using a thrusting attack which it telegraphs by bringing its sword to its side and pointing at you. You can avoid it by rolling to the side. On the other hand, its signature move is a leaping plunge than can come fast, so be prepared to dive out of the way. It will take a moment to pull out its sword but be careful as it will unleash a burst of fire, which can do heavy damage if you're nearby. 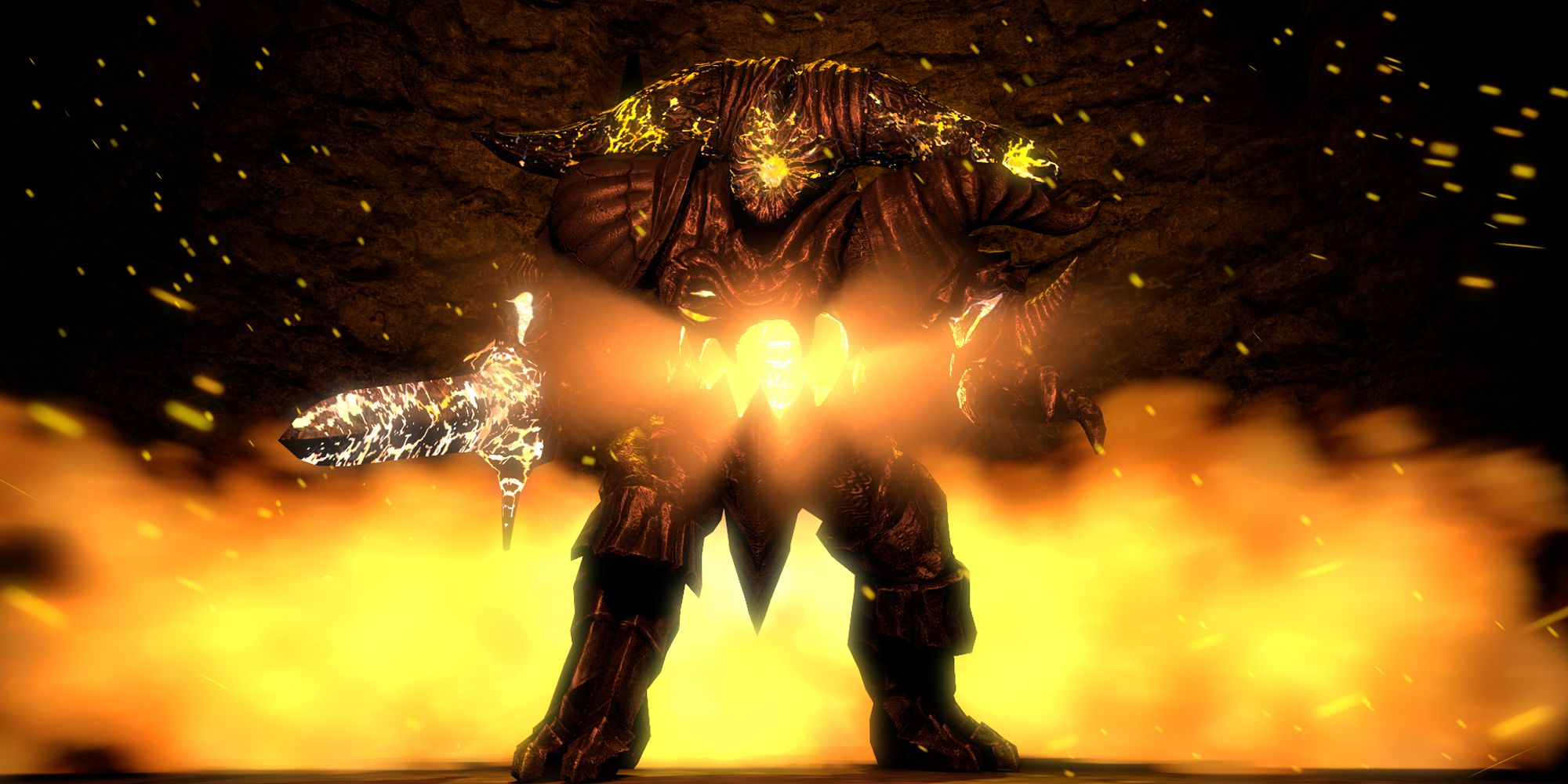 In addition to the burst, this boss has two other fire attacks. After taking about 25 percent damage, the Smelter Demon will activate its core to generate a constant aura of flame that will slowly drain your health when you're close to it. After losing 40 percent of its health, it will insert its sword into its core and light it on fire to increase its damage.

You should equip yourself with fire-resistant gear and items to reduce overall fire damage.

While bosses and enemies can have a variety of weaknesses, the Smelter Demon is relatively solid. It's most vulnerable to Strike damage, with a resistance to Fire, and immunity to Bleed (since it has no blood). As such, a majority of physical weapons can be effective against it as well as any ranged weapons or magic attacks. It's good to have Sorcery like Soul Arrow lined up to give yourself a ranged option.