Cult Of The Lamb: How To Unlock More Forms

Whenever you bring a new Follower into your village in Cult Of The Lamb, you'll have the option of changing their name and appearance. This can make it much easier to differentiate between your cultists, which you'll be glad for in the late game when there are upwards of twenty devout fanatics running around.

By default, there are many options, but you can also unlock more Forms for your Followers through gameplay. To a limited extent, you can also purchase new Forms with Coins if you know where to find the kiosks that sell them.

How To Get New Forms 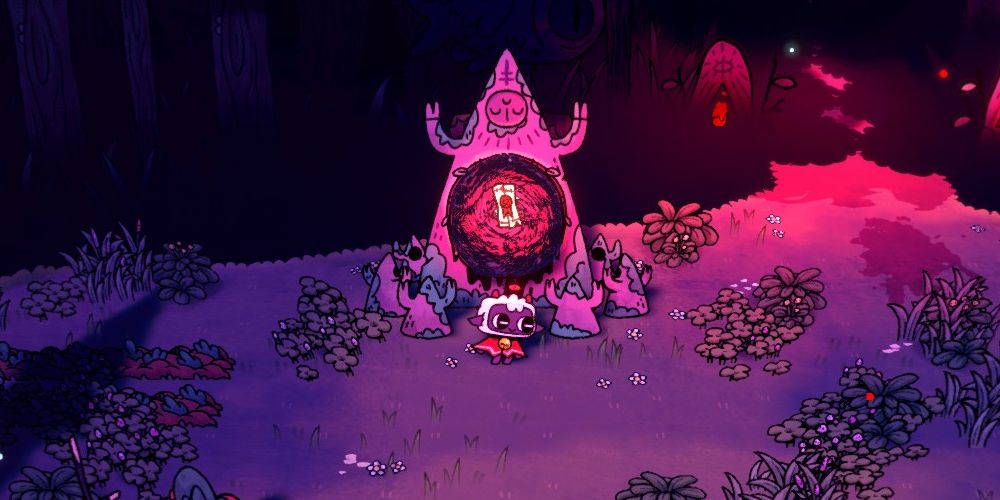 Whenever you're on crusade, be on the lookout for white scrolls. They're identical to Blueprints except for their color, and collecting one will add a new species to your available Forms. Look for them after defeating bosses and at Forneus the cat's shop. Each region in the Lands Of The Old Faith has different Forms available; you won't find the same forms in Darkwood that you would in Anchordeep.

Whenever you unlock a new non-combat area to explore, such as Pilgrim's Passage, look for a stone kiosk that will sell you new Forms, usually for twenty to thirty Coins each. You can't select the Forms you receive, and will get a random one with each purchase. Once you can't unlock any more Forms from a particular kiosk, it will stop taking your money. The forms available at a Kiosk are associated with the crusade region in which the kiosk's location is unlocked, as follows:

Follower Forms are purely cosmetic, and a Follower's appearance does not affect their Traits or capabilities in any way.

It's also worth noting that Coins are only earned through gameplay; Cult Of The Lamb does not use microtransactions of any kind. 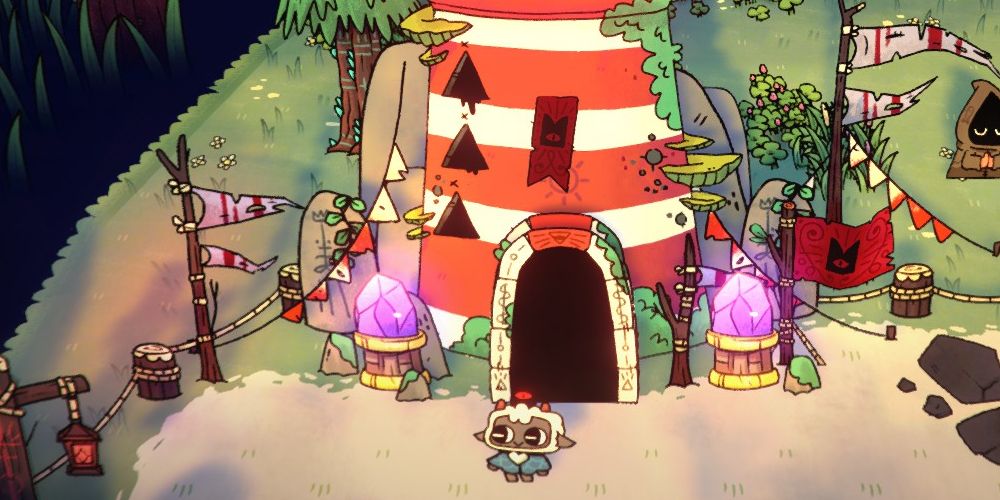 A handful of Follower Forms have special requirements before they can be unlocked. In roughly chronological order of when you can get them, they are:

When Ratau invites you to his home, the Lonely Shack, check in the woodpile behind the house. You'll see the scroll sticking up from behind some logs.

Once the way to Pilgrim's Passage is unlocked, you have a chance of pulling up the scroll for the Fish Form when you go fishing. A few casts should be all it takes.

Early on, one of your Followers will request that you cook them a meal using poo. If you indulge them, you'll unlock the Bowl Of Poop recipe. Eating this dish will cause your Followers to fall ill and will lower your overall Faith.

If you don't accept the quest to prepare the meal, the recipe will not unlock and you won't be able to get the Poop Form.

Preparing five Bowls Of Poop in a single playthrough will reward you with extra Fertilizer and the Poop Follower Form. Although you can do this early on, it's best to wait until later in the game. Cast the Brainwashing Ritual you learn from Sozo to prevent Faith loss, and make sure you have a fully-upgraded Healing Bay and at least fifty Camellias. That way you can cure any Followers who get sick from your concoction. 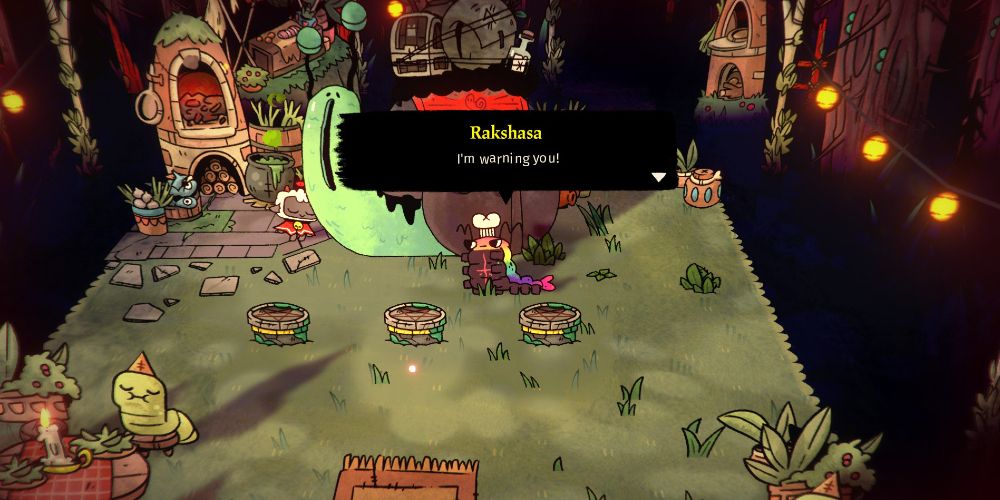 By following an obscure hidden quest chain, you can unlock the developer's mascot as a Follower Form. While you're on crusade, look for a food shop node. There, you'll find the rainbow shrimp chef Rakshasa, whom you may recognize as the seed merchant at your base.

Rakshasa operates the restaurant with their spouse, a giant snail. Attack the snail four times and Rakshasa will challenge you to a battle. The chef's attacks are simple and easy to predict, and once you defeat Rakshasa you'll receive a blueprint for the Massive Monster Statue.

If Rakshasa does beat you, they will raise their seed prices by fifty percent until you find the restaurant again and defeat them.

The cultists of Pilgrim's Passage need supplies to rebuild their crumbling lighthouse. The first time you visit, you can put fifteen lumber in their wood stove to convert them to your cause, opening the shops in the area. The next time you stop by, the priest will ask for twenty-five Crystal Shards to reconstruct the lighthouse lens.

Crystal Shards are only found in Anchordeep, so you won't be able to complete this request until you've unlocked that area. Collect them by smashing colorful crystal clusters while on crusade in Anchordeep. When you deliver the requested shards to the lighthouse, you'll receive the Axolotl Form.

When Smuggler's Sanctuary is unlocked, go there and look for a crab running around on the docks. Catch it to unlock the Crab Form. If you haven't already caught a crab via fishing, you can also give your catch to the Fisherman at Pilgrim's Passage for credit toward his quest.

In the top-right corner of Midas' Cave is a pile of gold that you can walk behind. There, you'll be prompted to pick something up; the item is a Form Scroll, which lets you give Followers the shape of a star.

Whenever you're crusading in Anura, be on the lookout for little green snails. They will very rarely drop Snail Shells if you attack them, which can be offered to snail statues hidden in the game's non-combat areas.

Once all five statues have been given a shell, you'll receive the Snail Form. This form takes some grinding, so it's best to try for after you've defeated Heket and with Rituals in place that allow you to leave the cult unattended for a few days. 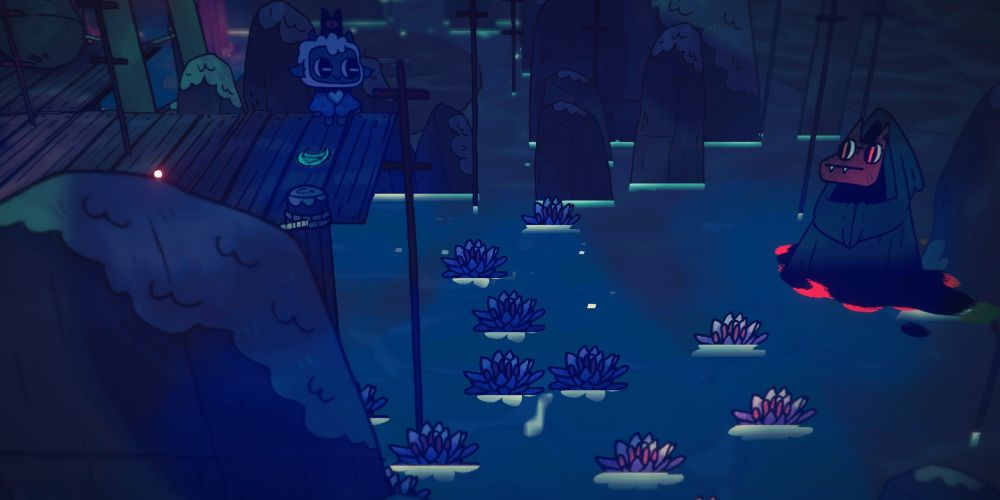 Visiting these icons at night will allow you to peer into the darkness, revealing a large wolf-like creature. This nameless being seems to be a demigod of some kind, and will request that the Lamb feed them.

You can visit the Wolf In The Darkness as soon as one of their locations are unlocked, and they can be visited in any order.

Each time you fulfill one of the Wolf's requests, it will give you a Holy Talisman piece.

If you agree to all the Wolf's demands, including the life of your mentor, you will receive the Wolf Form.