Chained Echoes is a proper old school JRPG, just like the ones you played as a kid. It’s so retro that I feel like I should be playing it on a Game Boy or something, inching forwards using a torch thanks to the screen’s lack of backlight. In actual fact, I’m playing it on a Steam Deck, which has a backlight and a thousand other features, yet feels far less portable than its decades-old predecessors thanks to weight and abysmal battery life. But anyway…

Just as Steam Deck has iterated on consoles past, Chained Echoes has plenty of additions that bring it into the present, too. The pixel art is crisp and modern, and the mechanics are bang up to date. Switching between characters is easy, text speeds are fast, and movement is fluid and pacey. These are all quality of life improvements we take for granted these days, but I dare you to go back to Chrono Trigger or Final Fantasy 6 and not get annoyed by some of the abstruse controls and irritating nuances.

But the most exciting part of Chained Echoes is its combat. While you still have special skills measured by a diminishing TP bar and can only take so many hits before your HP runs out and you collapse, developer Matthias Linda puts a twist on the classic turn-based format by replenishing both bars after every battle. There’s no limit to the number of times you can use a move before you need to heal, there’s no need to save your most powerful attacks for the next fight (which, you never know, might be that little bit harder), and it lets you give your all in every encounter. 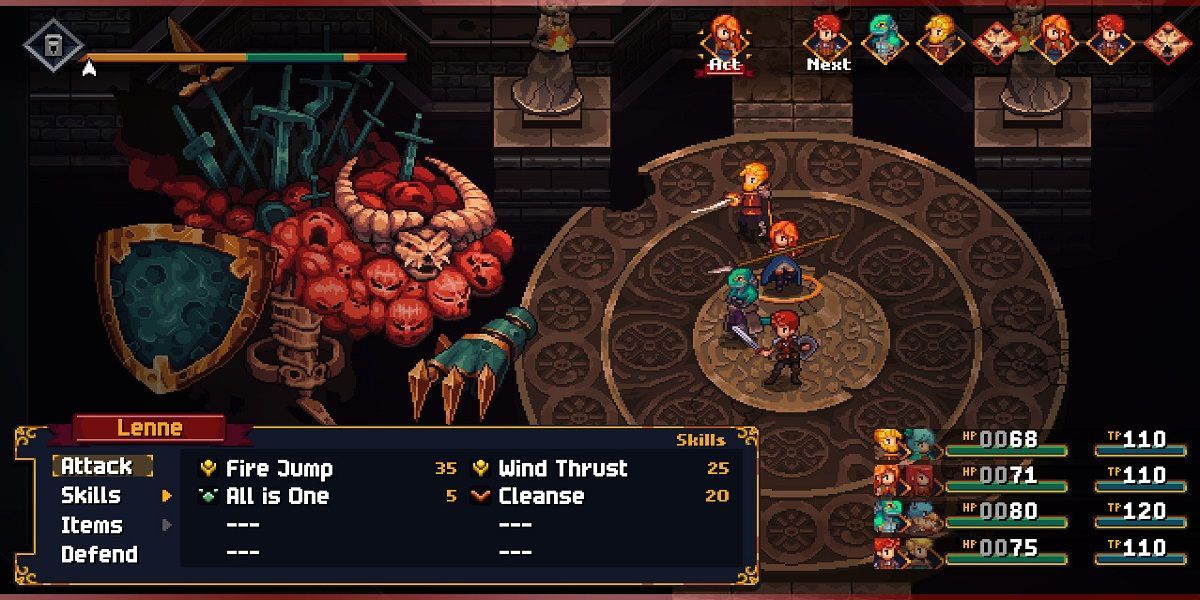 This isn’t an easy mode; each battle is still a tactical struggle against a variety of opponents. It just means you don’t have to spend half your time backtracking to heal up or carefully managing how often you use your best attacks. Instead of forcing you to save up your strength for the inevitable boss at the end of a dungeon, this allows you to have fun with your attacks, and actually use everything at your disposal. Instead, your tactical nous has to be tested by the Overdrive bar.

This is a bar that slowly fills as you fight, each attack growing it further. When it reaches about half-full, you enter Overdrive, and your abilities cost less to use, you deal more damage, and the damage you take is reduced. However, the bar keeps filling, and if it reaches the dreaded red zone, you overheat, meaning you take more damage and deal less in return. Randomly selected moves will help decrease the gauge, so keeping it in the green is vital. 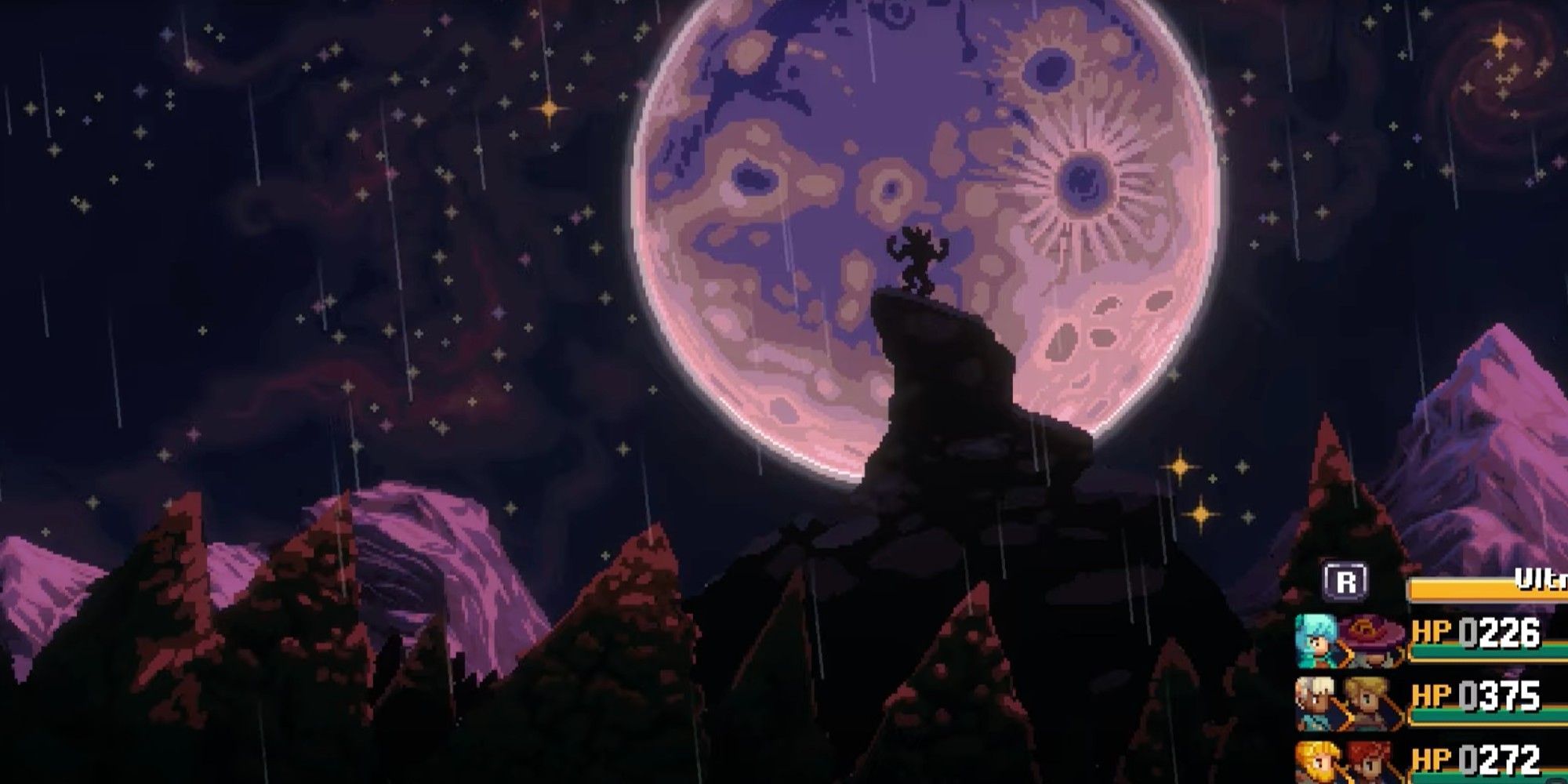 You also have access to an Ultra Move, the only move that doesn’t automatically replenish between fights, instead slowly refilling over time. You can pick any character to use their Ultra Move, which can range from healing your party, to debuffing all opponents, to just doing straight-up damage.

Combat is fresh and the generous gauge refills between fights allow you to explore different strategies and change up your tactics without it ever feeling stale. Overdrive similarly forces you to mix up your strategies, and I haven’t even got to the mechs yet. Chained Echoes is a modernised retro JRPG in every sense, but its innovative combat is what keeps me playing.