Chained Echoes: How To Unlock All Classes

Chained Echoes is full of side content to chip away at as you make your way through the main story quest lines. One of these aspects is the Class Emblem system in the game, which are items you equip to expand your abilities.

There are 12 of these Statues of Leonar in total, all of which require one Sacred Water to unlock. The Class Emblems – some of which are callbacks to classic Job titles you'd expect to see in a Final Fantasy game or another RPG – help you become stronger by granting new skills and passives to learn. 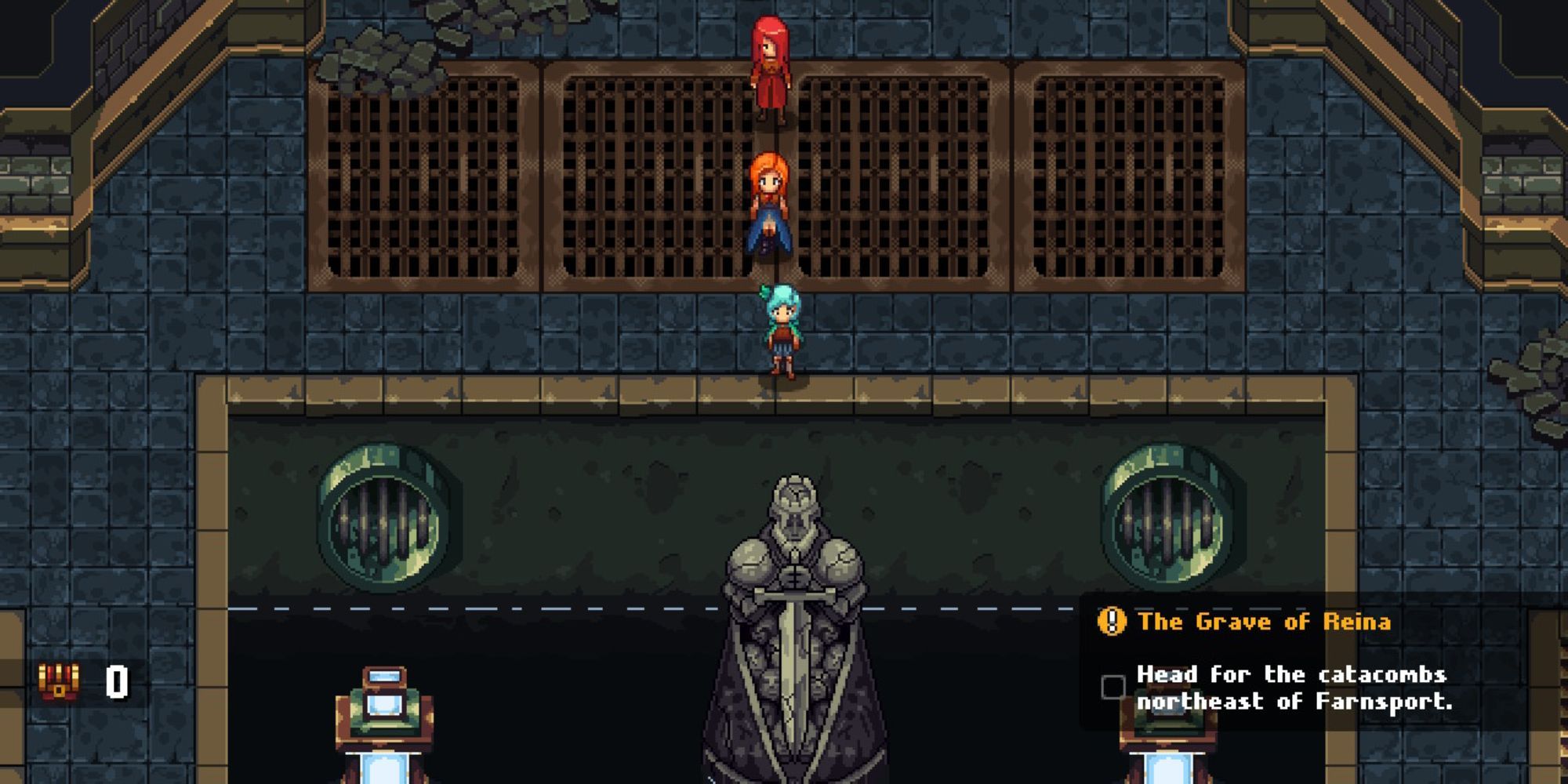 You find this first Class Emblem as part of the main story quest, so it's hard to miss. It is located in the sewers in Farnsport, just before you exit them.

The Cleric Class is great because whoever equips it has access to a group heal ability and a revive spell, which you don't get until you unlock another party member much later. It's good to put on Sir Victor at the start of the game, as he will be best suited to heal your team. 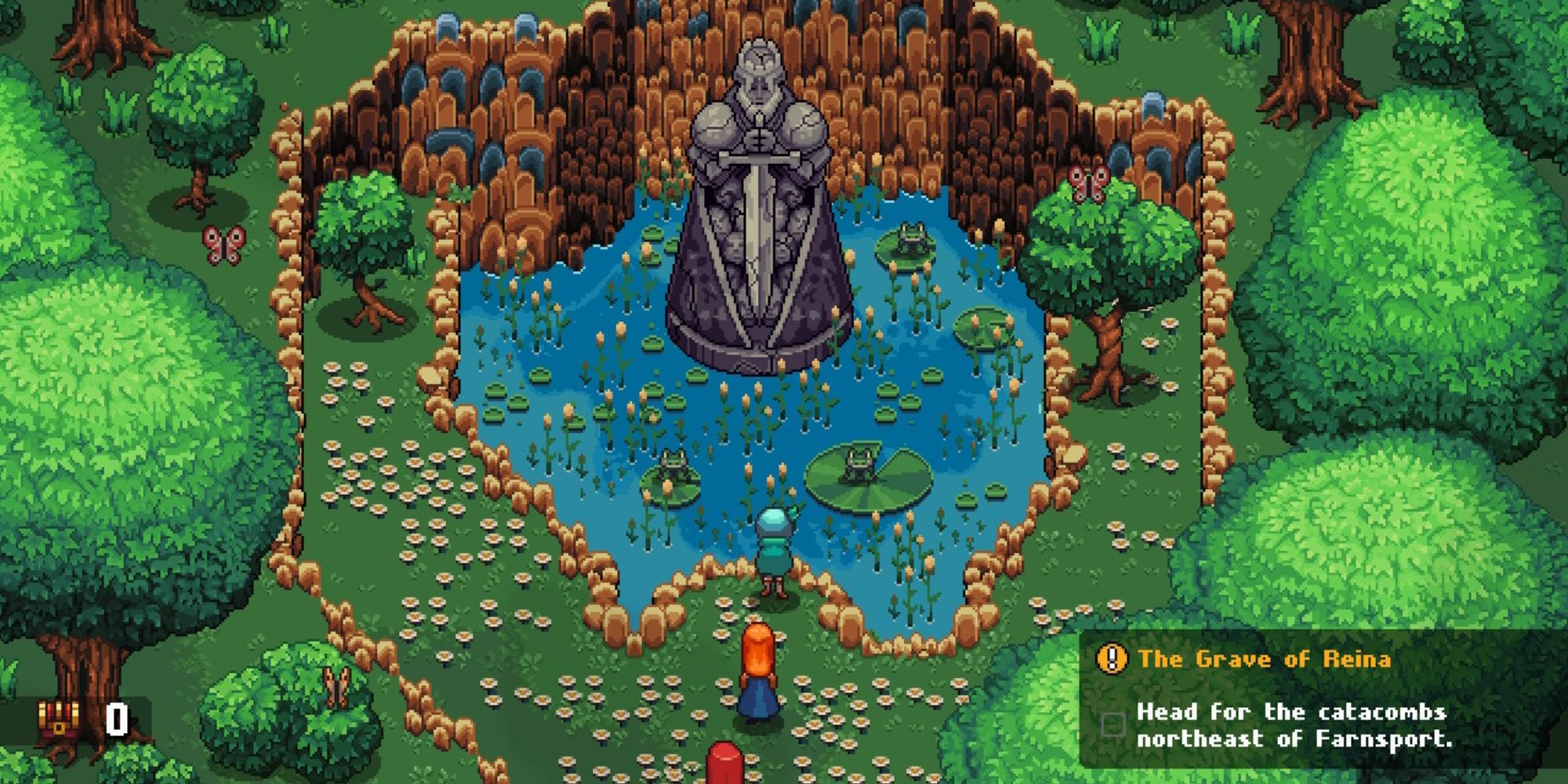 This Class Statue is found between the town of Basil and the Seaside Village in the Rohland Fields. From Basil's teleport crystal, head south into the trees and then east along a path until you get to the next screen. Follow this around and it will take you to a ladder.

Climb the ladder and continue to follow the path until you naturally come to a teleport crystal. You can find the Leonar Statue for the Warrior just ahead of the teleport crystal. The Warrior Class Emblem raises your strength and gives you access to AoE attacks for your physical-attacking characters like Glenn. 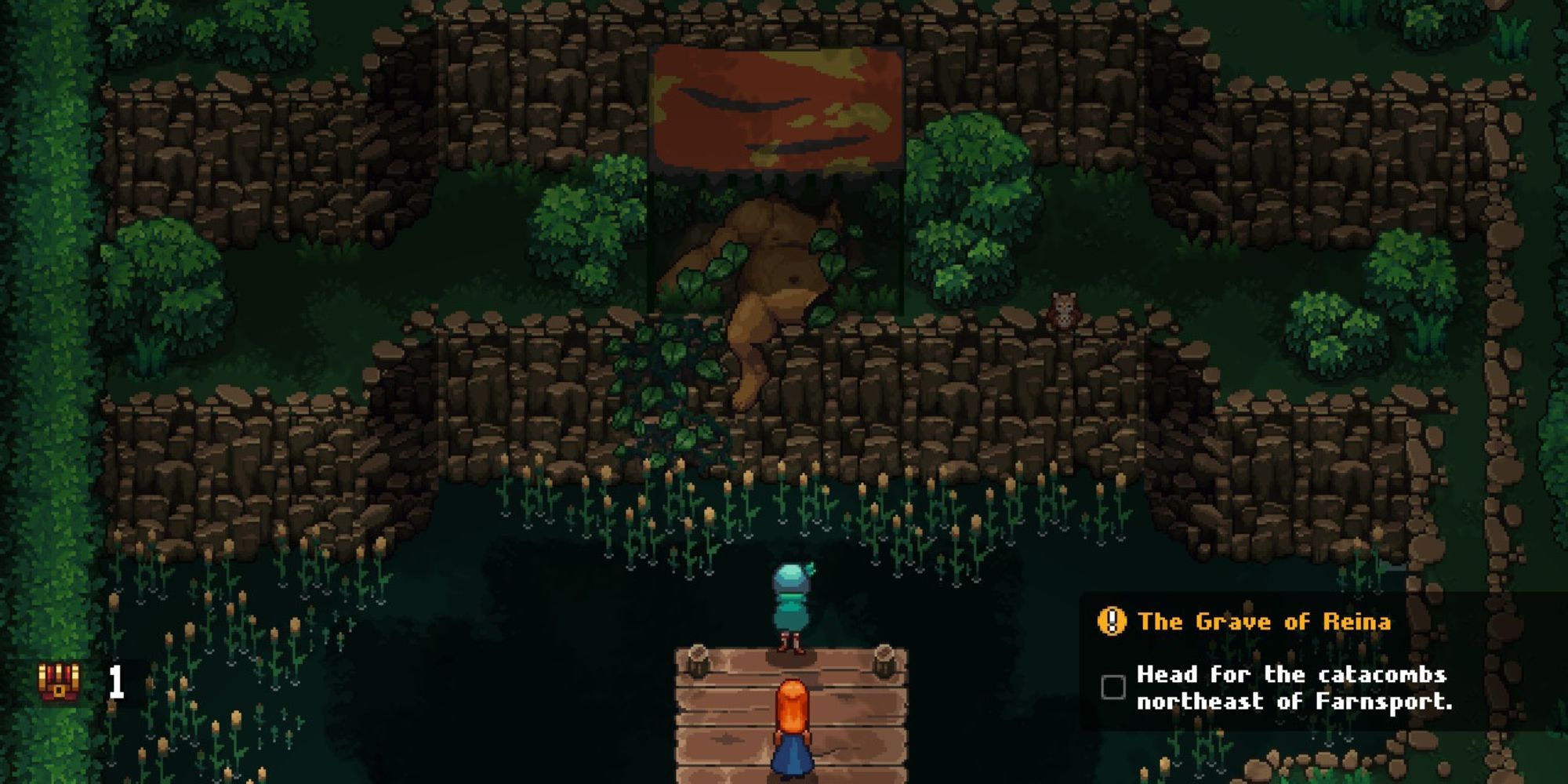 From Iden's Teleport Crystal, head north and follow the path until you get to the next screen on the left. Cross the bridge and head down when you get to a clearing with three Vin boar enemies. Head down to the next screen and follow the path to a seemingly dead end. There is gravel in front of the hedges that denotes a hidden path; look for leaves in the darkness between the hedges, also showing you the way through.

Follow this path into a clearing and then head right into the hedges again, leading you to another hidden path downwards. Head left and you'll come to the Research Base and a Teleport Crystal. The Vampire Class Emblem is at the end of the bottom route out of the camp along the wooden walkway. 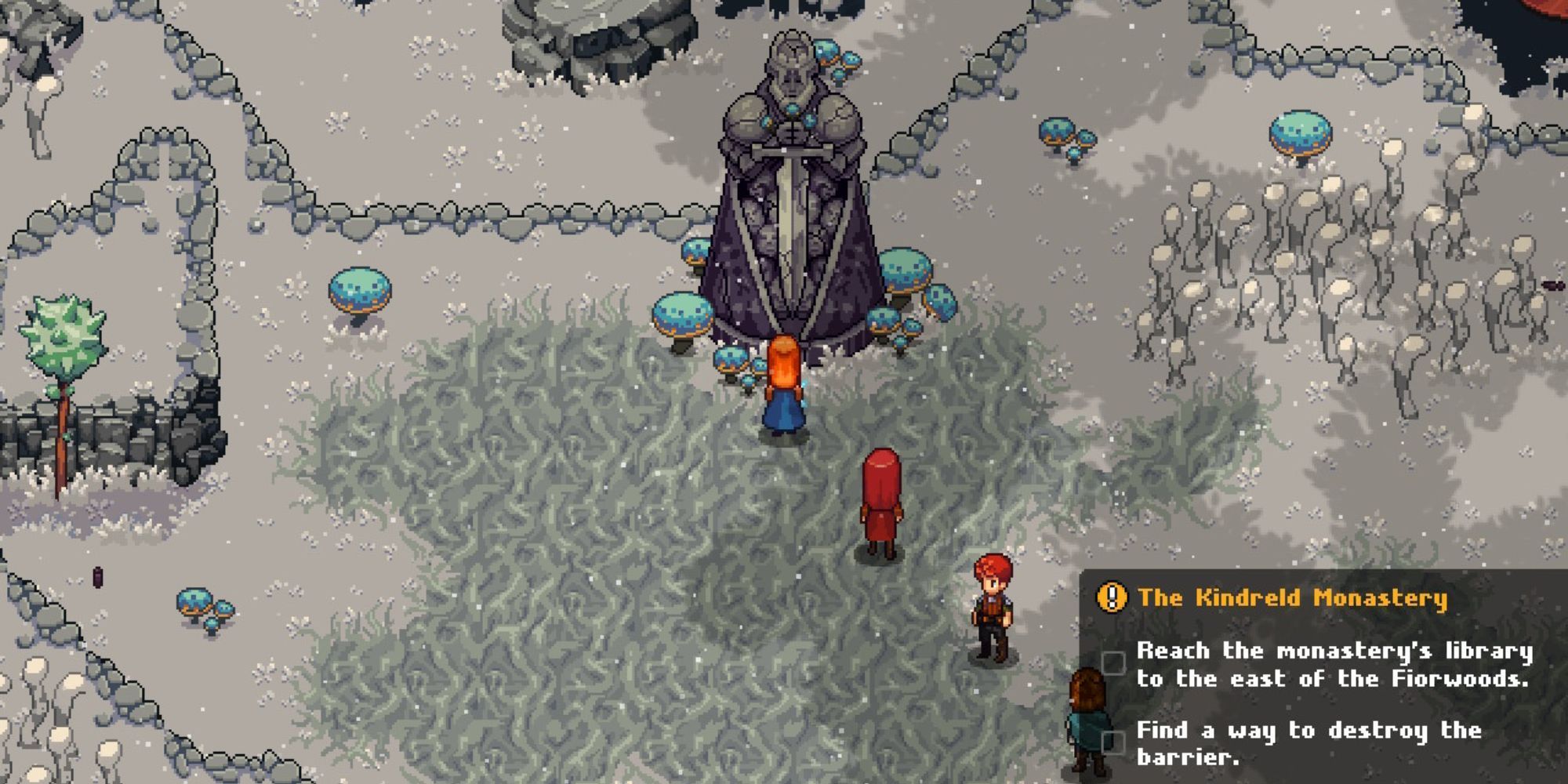 From the first Teleport Crystal, you find in Flower Fields of Perpetua, head left and run across the sizeable purple coral patches in the water. Follow this all the way around and down until you come to land.

From the water, head to the left and climb the rock ladder at the corner of the wall. At the top of the ladder, continue going up and you will jump across two gaps. After clearing those, continue to the next screen above you to find the statue. 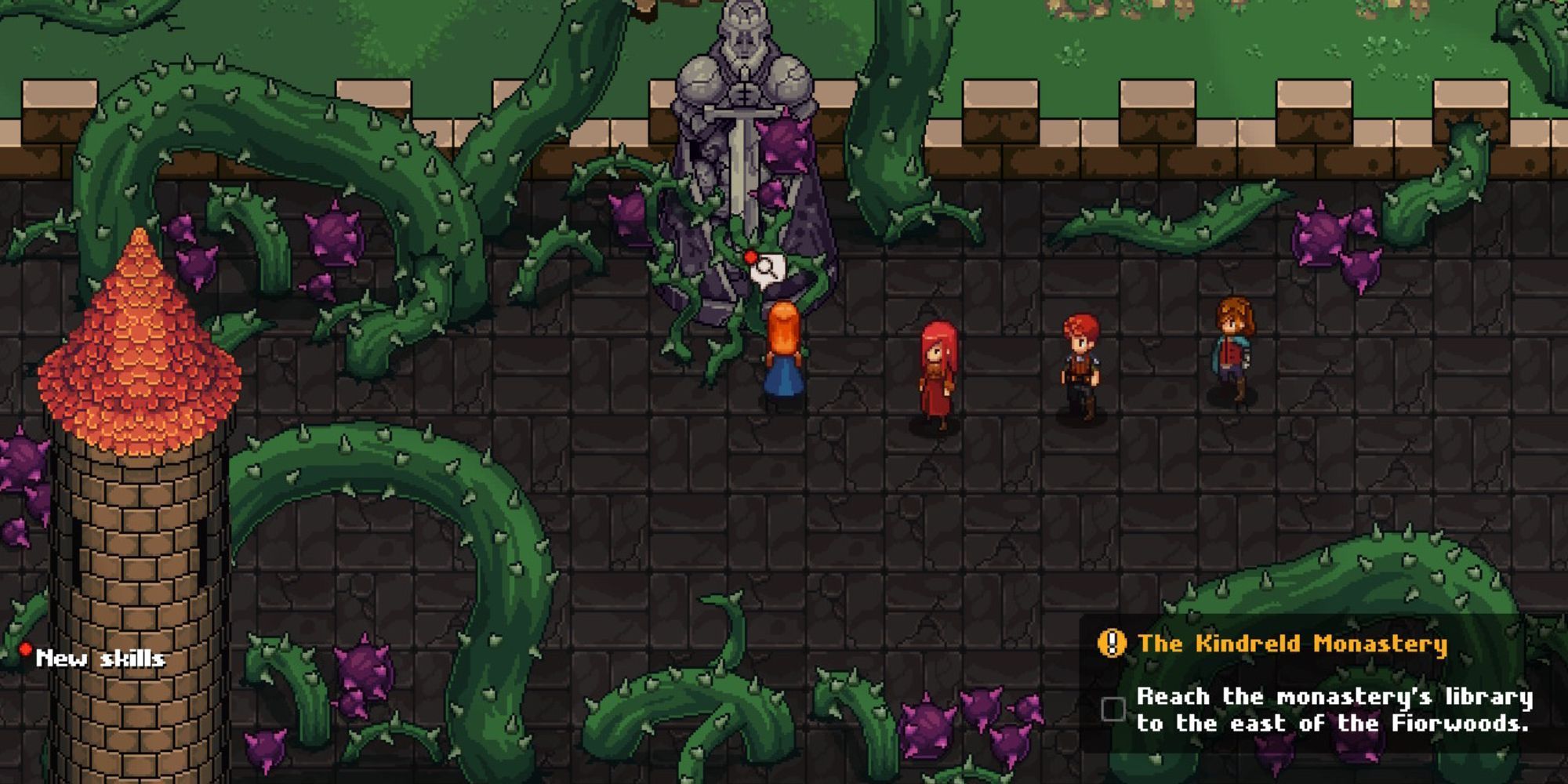 From the bottom floor of the Monastery, head past the shopkeeper and up the stairs. Go to the right and into the main hall to find three exits; one is a door in the centre, and there are two staircases on either side. Go up either of the stairs to get outside, and go up another set of stairs to reach the top. Head left when at the top to reach the statue. 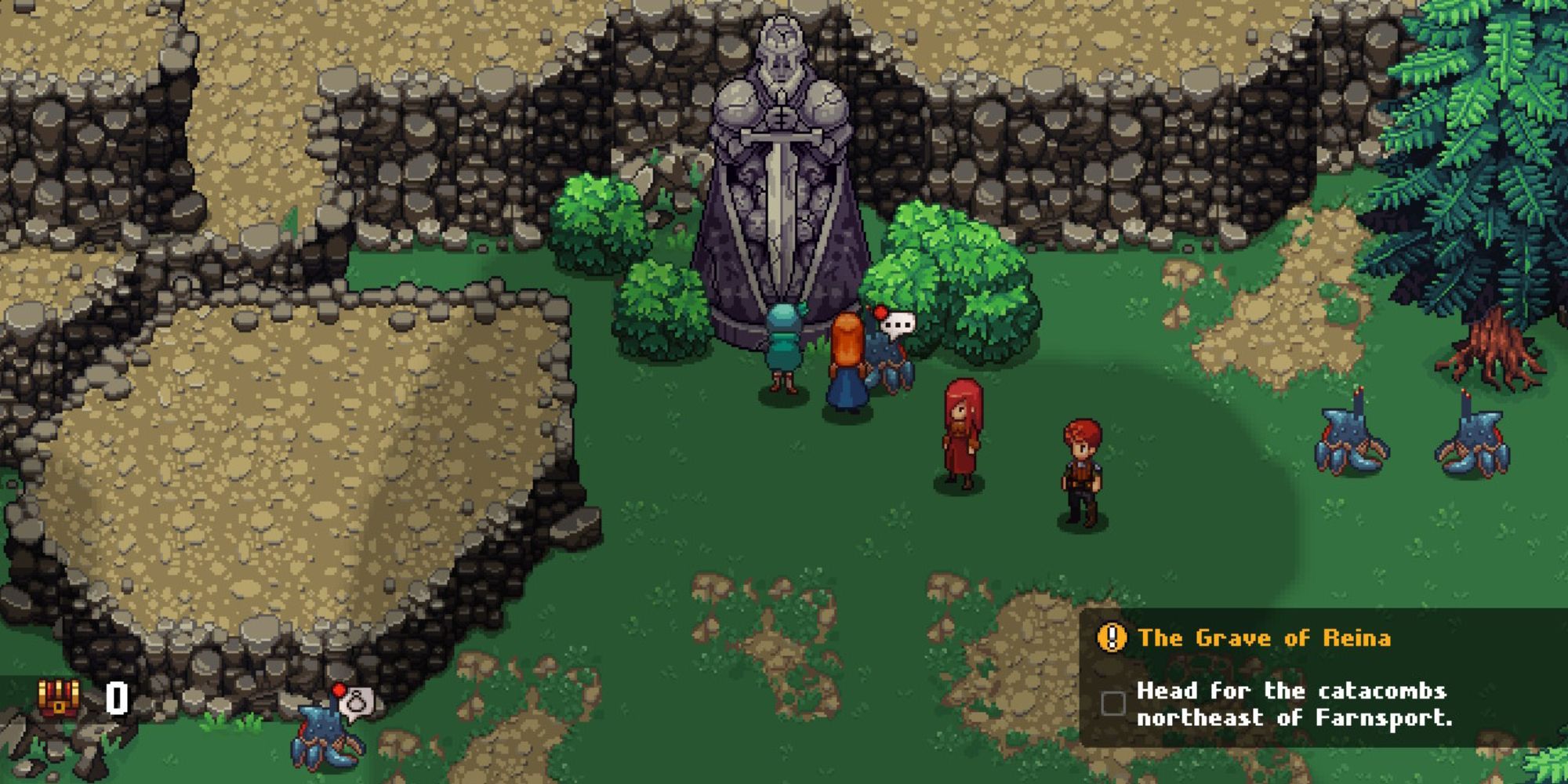 Teleport to Rockbottom and travel through the building in front of the teleport stone. Head to the higher level and make your way out of the building onto the rooftops part, and keep on heading to the right.

Once you're outside the building, head up the path until it leads you to the right. Instead of going right, there's a hidden path in some trees to your left. Head through the trees and you'll find a bunch of friendly crabs and the wonderfully-named Crab Village. The Bandit Leonar Statue is on the left side of the village. 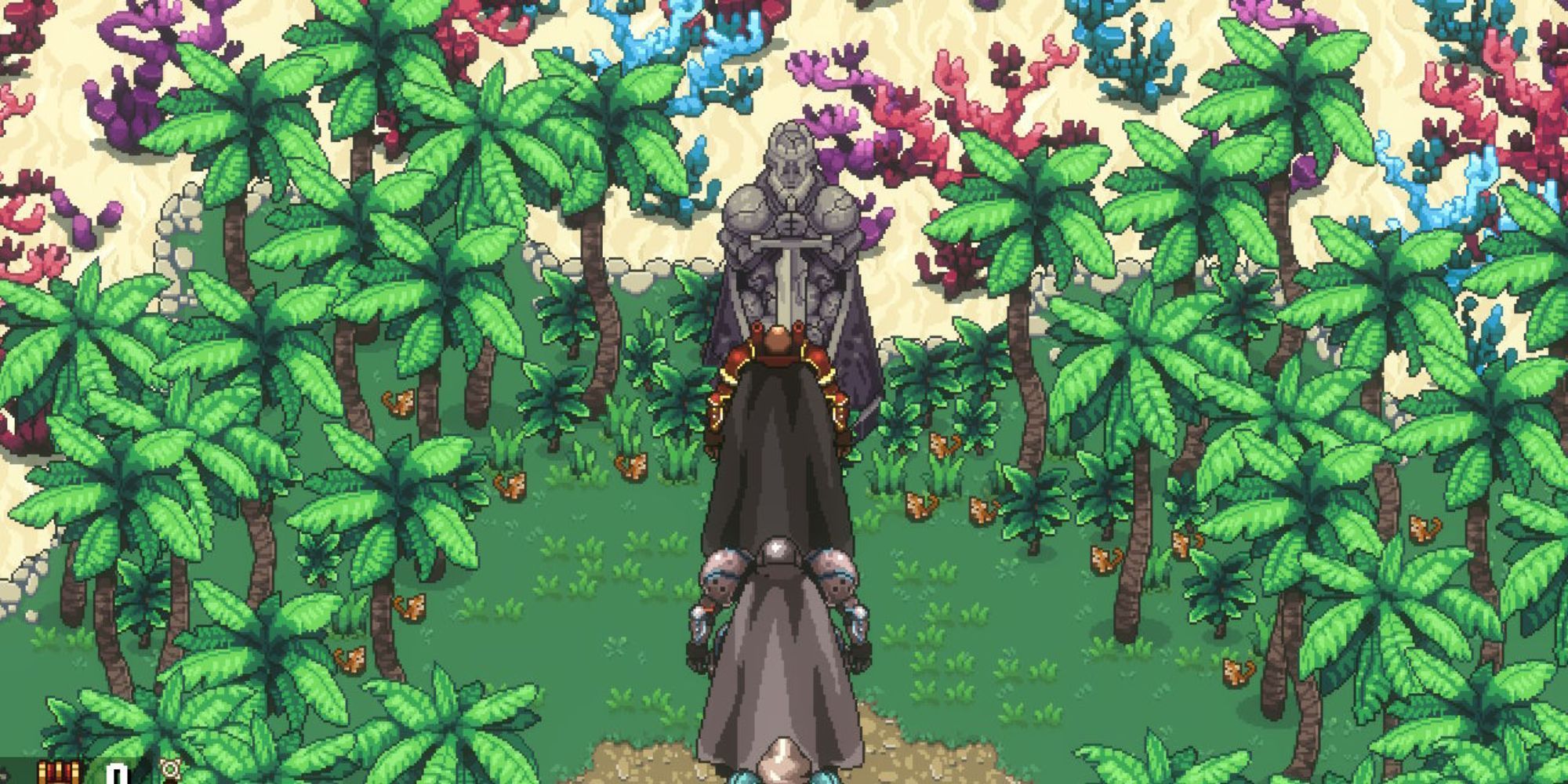 When you get the airship, you can head to the Arkant Archipelago from the airship map. Sienna will explain that before you can fly around in your Sky Armour here, you must deal with anti-air turrets, so you will be stuck to hovering until you do. There are four turrets and four areas, with one turret in each.

Once you've dealt with the four turrets by interacting with them, you can fly around in your Sky Armour. Head to the bottom left screen on your map and go south until you find an island bordered by trees. The Summoner Class Emblem Statue is in the middle. 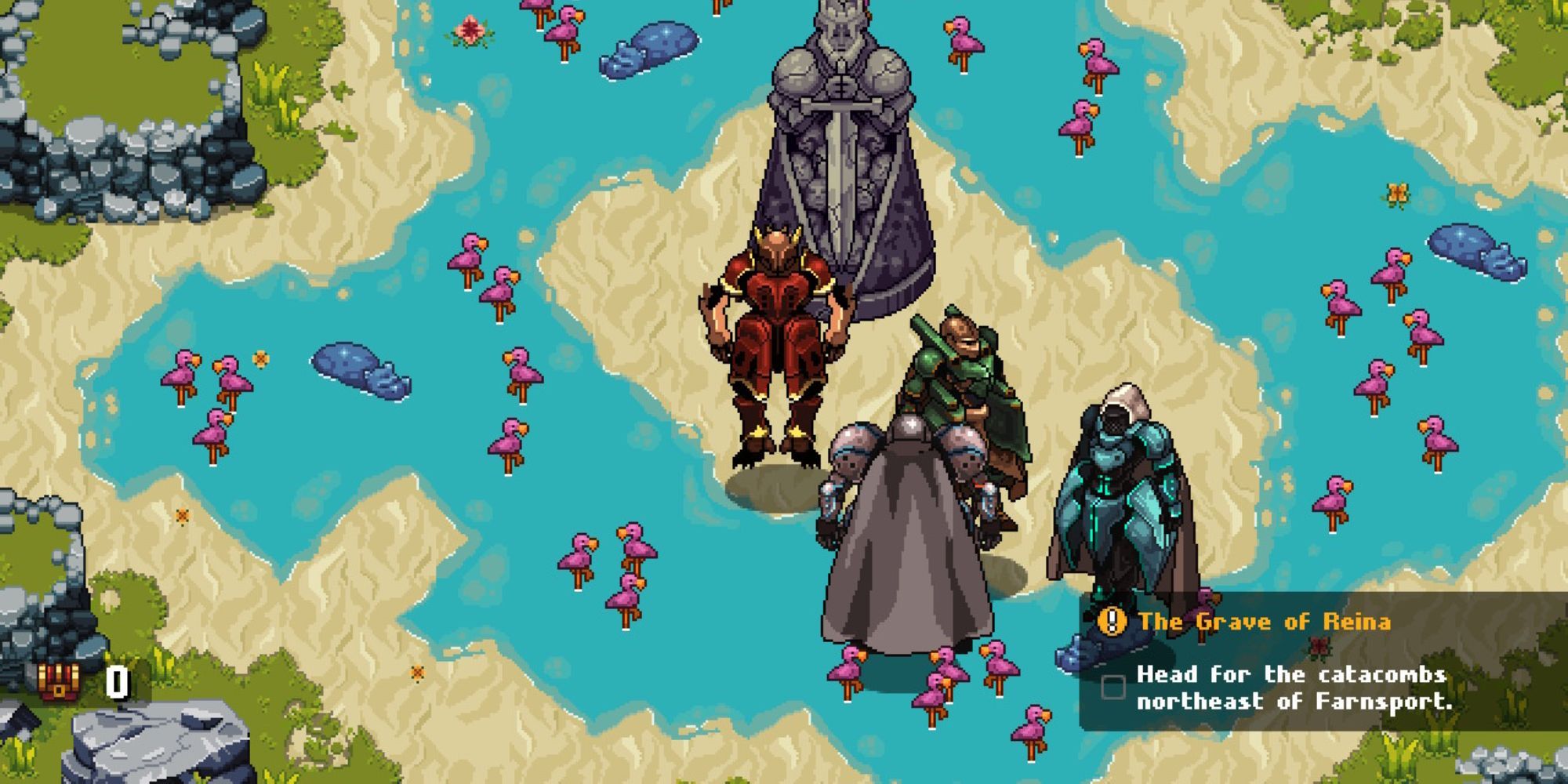 Shambala is visited as part of the main story quest, so you'll have no problem finding it. Before you can get the statue, you must deactivate the anti-air turrets first so you can fly in your Sky Armour. The quest guides you through these steps.

Once you deactivate the final turret, fly in your Sky Armour directly south to the next screen. Keep heading south until you reach the land where you'll find the Chemist statue. Another way to find it is from the first teleport crystal in the area; it is located directly to the left, in the bottom left square of the map. 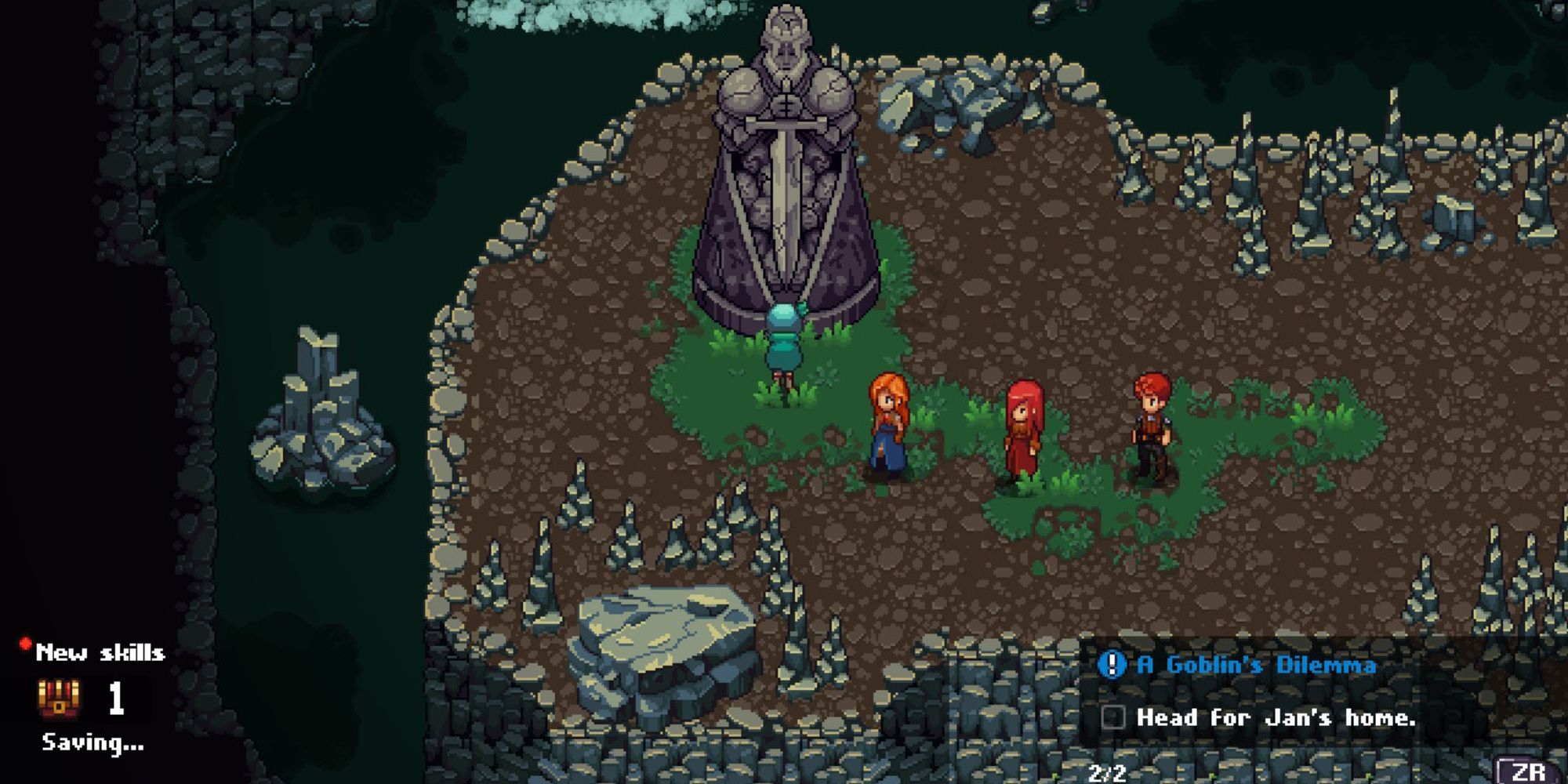 You can't access this part of the Ograne Grottos until you complete the Empyrean Ruins. You'll also need to start the side quest A Goblins Dilemma, which you can find in the Rohland Fields. Progressing that quest will give you the Goblin's Crest key item, granting you access to the Goblin Village on the eastern side of Ograne Grottos. In the Goblin Village, you can buy the Incocybin Berry item, which lets you one-shot all the Tadeye enemies you'll encounter.

Buy about 20 berries to be safe since you'll need a few. With berries in hand, head over to the left side of the map from the Teleport Crystal in the Grotto. Once you get to the next screen, there will be a Tadeye in front of the path. Use the berry on it and keep heading to the left until you reach the Leonar Statue for the Mage Warrior. The fight puts you against four Tadeyes, so use your berries on them. 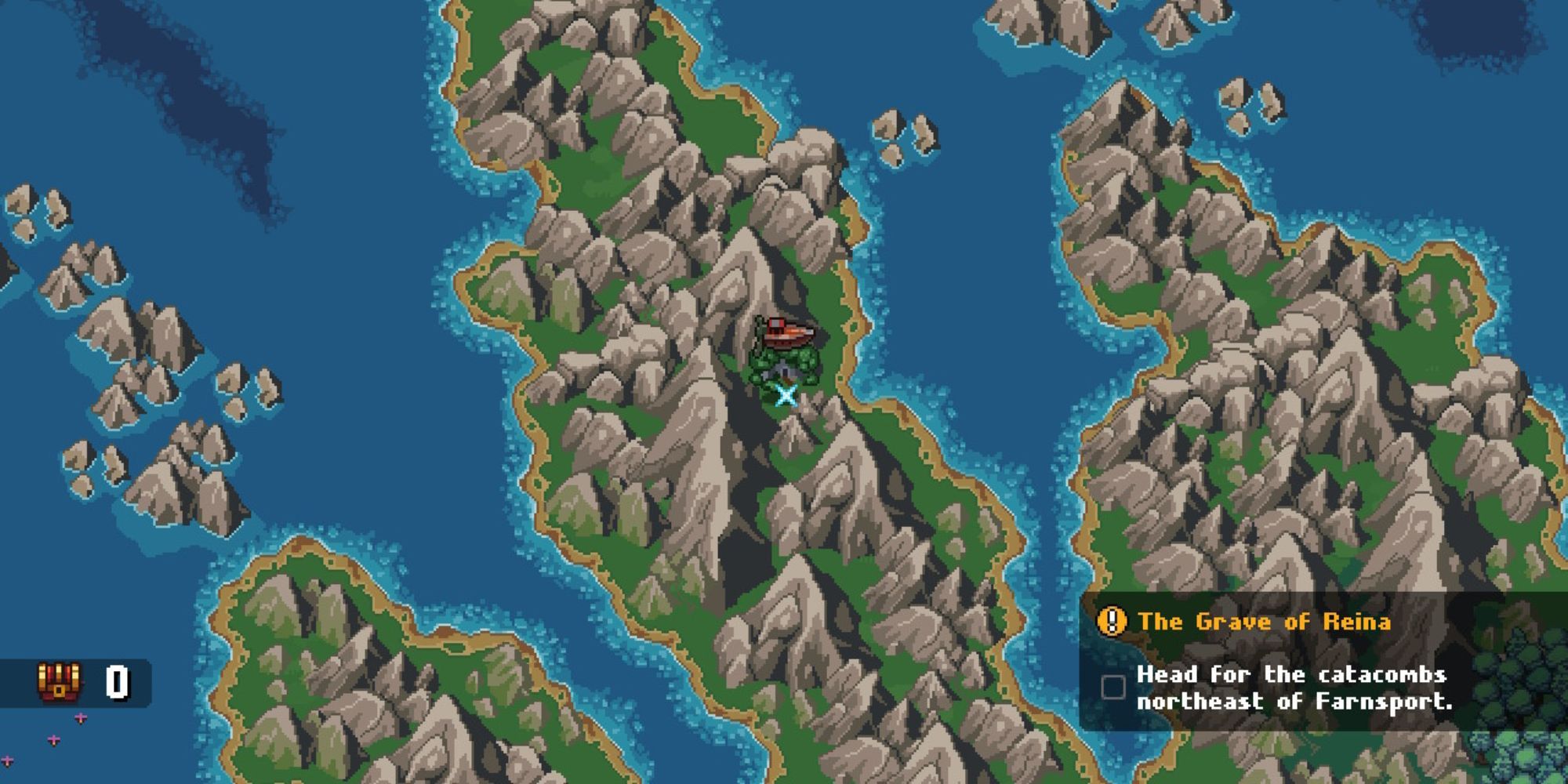 With the Church Key from the Empyrean Ruins, you can access the final three Class Statues you need. Go to the church in the Flower Fields of Perpetua. It's located in the bottom right corner of the map, in the desert area. Inside the church, go to the top right of the room and interact with the tree painting to reveal a hidden switch.

This opens a staircase near the entrance. Go down and follow the path until you find two stone tablets. Reading them marks three locations on your Airship map. The Pyromancer is in the top-left section of the Airship map, directly left of Tormund. Landing there, you'll find an orb puzzle. Here is the solution: 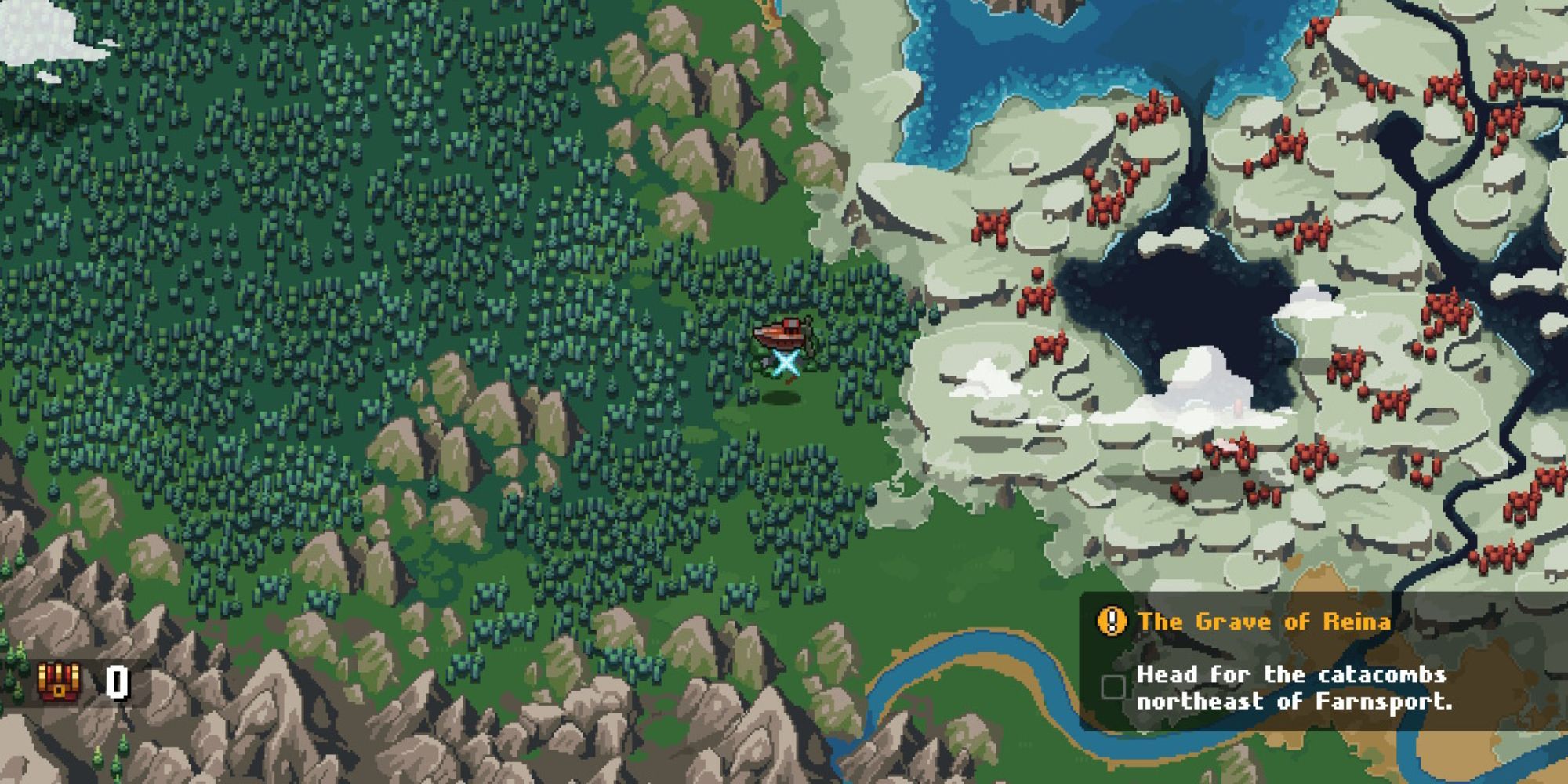 You can only get to the Rune Knight Class Emblem when you've found the Church Key from the Empyrean Ruins. Take the key to the desert area in the Flower Fields of Perpetua at the bottom right of the map. Once inside the church, interact with the tree painting to open a hidden passage that leads to a large stone tablet, revealing the location of the final three statues.

On your world map from the Airship, The Rune Knight is located next to Flower Fields of Perpetua. You'll notice it by the glowing blue star icon. Fly over it and interact to enter the area. Go through the entrance to find an orb puzzle. Solving the puzzle will get you to a Rusty Spear and the Rune Knight Statue. Here's the solution: 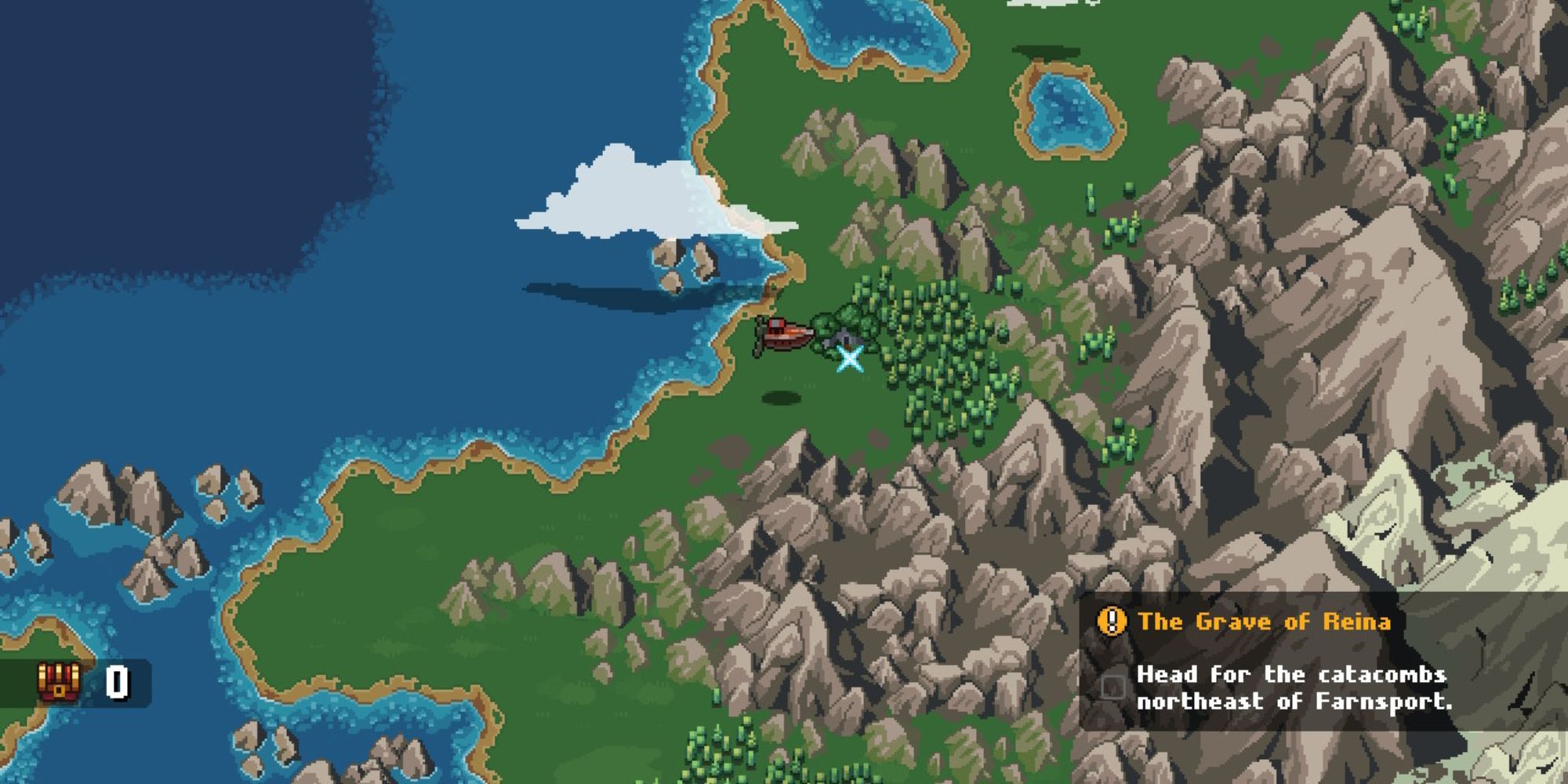 To access the Gambler Statue, you must have the Church Key from clearing the Empyrean Ruins. Take the key to the church in the bottom right part of the map in the Flower Fields of Perpetua. Inside the church, inspect the tree painting in the room to open a secret passage to a large stone tablet. Interacting with this will reveal the three locations on your map. The Gambler can be found on the middle-left side of the map from your airship.

You have to do an orb puzzle here, but this one is easier than the others. Solving this puzzle will get you access to the Gambler Statue. Here's the full solution: