Call of Duty Warzone: How To Find And Complete Contraband Contracts

One of the features that set Call of Duty Warzone apart from all the other battle royale games is its well-thought-out economy. Players can choose to focus their attention on attaining some money before they approach the battle.

In order to fill your pockets with some money, the developers have incorporated contracts, the successful completion of which will award you a considerable amount of money. This prevalent strategy is of great popularity among gamers because it ensures they could secure their loadouts and necessary items early in the game, which is believed to directly increase your chances of rising victorious in gunfights.

In this article, we are going to take a look at Contraband Contracts and how you could find these rare yet lucrative sources of cash. But before we get to that, let us take a quick look at Contracts in general.

Contracts in Call of Duty Warzone spawn as relatively small tablets, the location of which is clearly visible on your map. So, you could plan your drop around one of these contracts, attempt to complete their missions, and be awarded the precious cash that you could use to buy stuff in Warzone. There are plenty of contracts in the game — bounty and scavenger, to name some.

But there is another type of contract called a Contraband Contract. Without further ado, let’s get straight to these contracts and see how we could find them, what we should do with them, and what we should expect to get for our troubles.

What are Contraband Contracts?

Contraband Contracts are a type of rare contract that will award you a good amount of cash and, more importantly, permanent blueprints for your weapons. The objective is to obtain the contraband and deliver it to a specific location. But before you get too excited about that, we should point out that delivering the contraband is actually not the difficult bit; finding it in the first place is.

How To Find Contraband Contacts In Call Of Duty Warzone

Before you go running around the map in an attempt to find these rare contracts, you are going to have to complete a normal contract first. It should be noted that unless you are absolutely thirsty for the blood of that Bounty target, you are better off opting for Recon and Scavenger as they don’t involve a risky pursuit of an actual player, whom, surprisingly, may turn out to be a professional player. So, we advise you to save yourself some time and trouble and refrain from that tempting Bounty contract.

Furthermore, you have to keep in mind that there could only be a single contract active at a time in your squad in case you have queued up with random players. Consequently, it is incumbent that you effectively communicate with your teammates and ask for their support/contribution if you are going for a possible Contraband Contract. No one in the pursuit of a Contraband Contract wants to be left behind by their teammates. At the same time, a full enemy team might be ravenously lurking in the shadows waiting for the perfect opportunity to snatch that contraband. 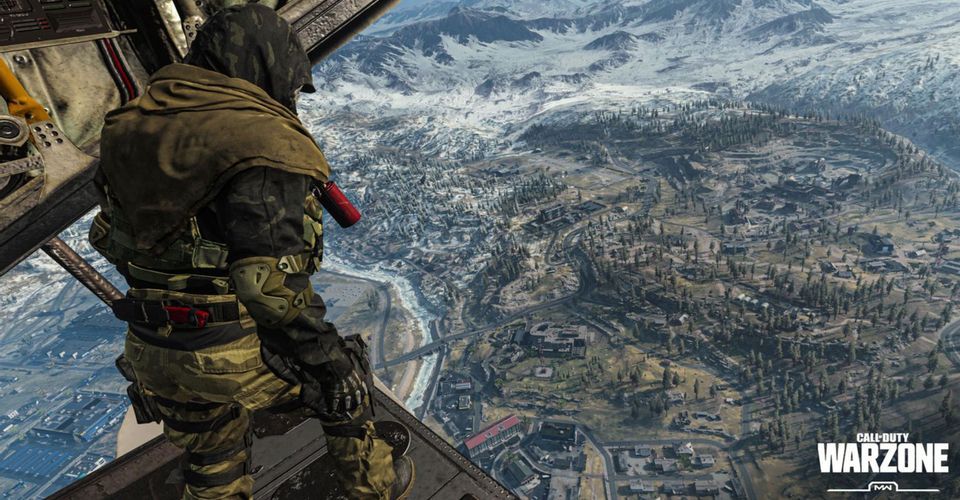 Once you have completed the normal contract, it is up to your chance to receive a blue briefcase containing the contraband. Needless to say, the more contracts you complete in a match, the higher the chances of coming across one of these Contraband Contracts. There is also another way of getting your hands on Contraband Contracts, and it is by doing away with an enemy player that was carrying the contraband.

You will just need to keep a lookout for the red smoke that is visible at the location of a contraband drop-off point. If you are lucky enough to notice one, immediately rush to it and take your chances on killing the player carrying it, and you will be well on your way to delivering it for a hefty amount of cash and that lovely exclusive weapon blueprint. But beware of the ruthless blade of karma, since if you don’t deliver the contraband to its destination quick enough, other players might do to you what you did to the poor previous person.

How To Deliver The Contraband

Once you are in possession of the contraband, you should look for a new marker on your map, indicating the dropoff point for the contraband. As soon as you get there, you should see an area highlighted by a white light. Now that you have dropped the red smoke flare, it is best that you find the closest cover, lest some hostile forces entertain intentions to take you out of the game and kill your chances of getting the beloved rewards, which, in all honesty, could get really frustrating.

Afterward, you have to be patient as a bag is going to be dropped down from the chopper, much like the process you go through when you want to deposit money in Plunder. Do this successfully, and you will get a prompt confirming that you have successfully unlocked a Blueprint for yourself.

Now that we’ve got the instructions for finding the contraband and delivering it out of the way, let’s take a look at some of the blueprints you could get out of the Contraband Contracts since we believe it could further incentivize you to take on the pursuit of such contracts more often. 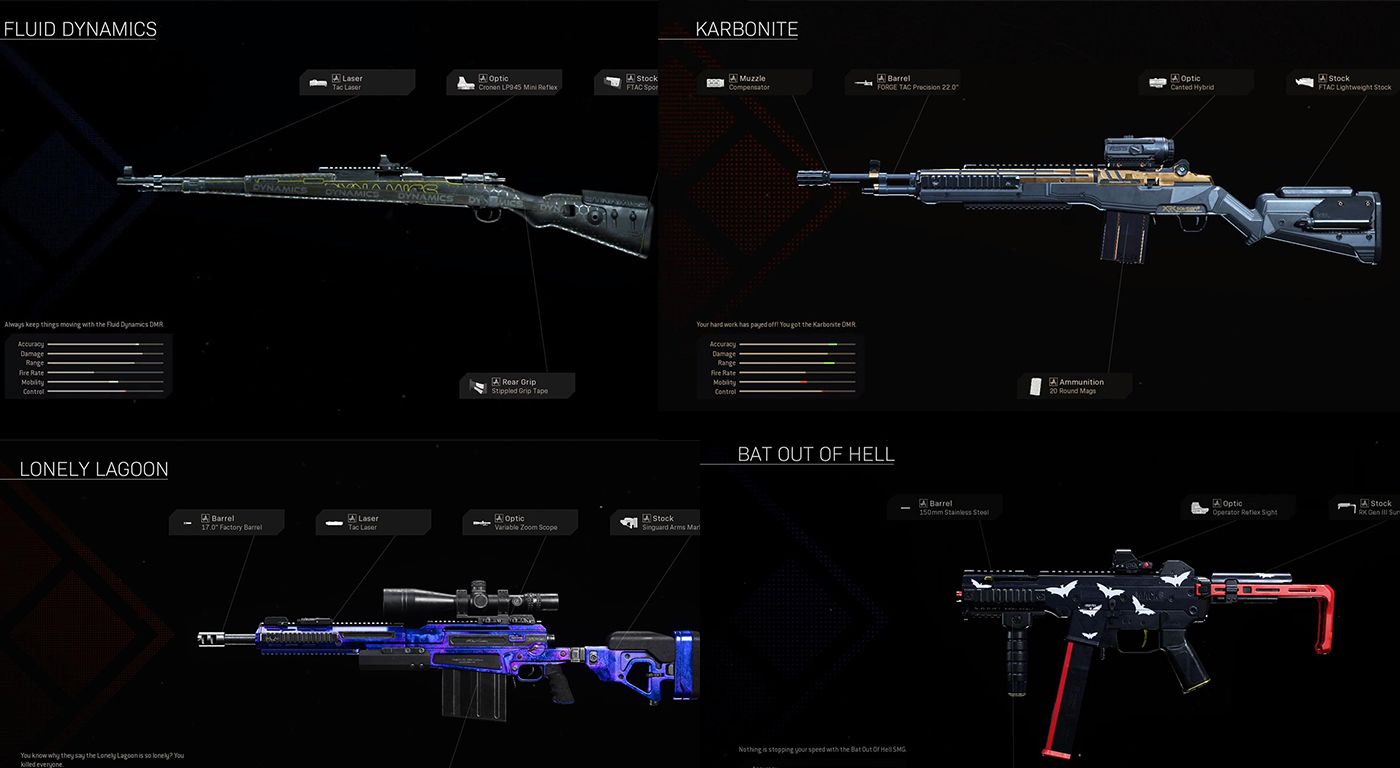 By completing the Contraband Contract, you can get one of these Blueprints in order to make yourself look and feel more lethal. The Kar98k weapon Blueprint is called Fluid Dynamics and has a simple but yet aesthetically pleasing look. If you’re into Marksman rifles and using the EBR-14, you’ll receive a blueprint called Karbonite.

Lonely Lagoon is available for AX-50 Sniper Rifle owners who are passionate about long-range shooting. If you’re a close-range fighter who prefers to engage the enemy one-on-one, you’re probably a Striker 45 type of character, and you might be happy to know that the Blueprint for this weapon is very eye-catching. The Striker 45 blueprint is called Bat Out Of Hell, and features bat-themed graphics, making it extremely popular among Batman fans.