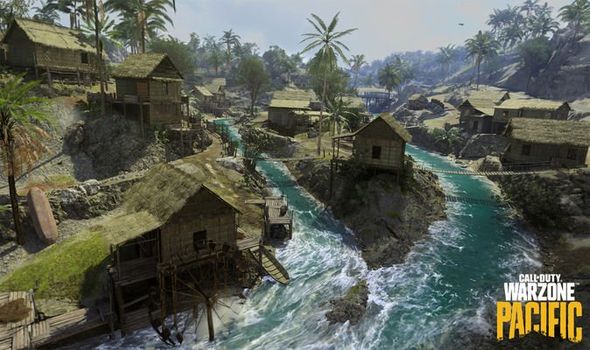 Call of Duty Vanguard will become the new COD game on the block this week, with Black Ops Cold War fading into the background.

That won’t be the same for Call of Duty Warzone, which will remain front and centre of Activision’s plans for 2021 and beyond.

Significant changes are being made to the game as part of the launch of Vanguard, with a new Pacific map replacing Verdansk.

It’s a bold move, considering that Verdansk has remained Warzone’s main map, even with the addition of Rebirth Island.

Verdansk has been destroyed before, but the replacement only gave the level new points of interest and a fresh lick of paint.

Activision has confirmed that Verdansk will be removed entirely this year, making way for the new Pacific map to become the mainstay for everyone to enjoy.

So how long have COD fans got until Verdansk disappears and the new Warzone map becomes the only game in town?

HOW LONG UNTIL THE NEW WARZONE MAP ARRIVES?

Activision has provided a lengthy plan on how they hope to integrate Vanguard with Call of Duty Warzone, including with the new map launch and Battle Pass.

The good news for those dreading the departure of Verdansk is that its replacement is not arriving with Call of Duty Vanguard this week.

The Vanguard release date has been set for November 5, meaning it won’t be long before COD fans experience the new WWII campaign and multiplayer.

Instead, the new Call of Duty Warzone map – named Caldera – will arrive on December 2, alongside the new Battle Pass and Anti-Cheat system for PC.

There will be an early access period put in place for those who bought Vanguard, with Warzone-only gamers joining in on December 3, 2021.

A message from Activision explains: “Warzone will change its title to Call of Duty: Warzone Pacific, or “Warzone Pacific.” The new Pacific formally launches as part of Vanguard’s first season of content. A map roughly the size of Verdansk, which it will replace as part of the update, this new map is based on two years of research and listening to the community.

“Built on the same tech and engine as Call of Duty: Vanguard, this map is visually appealing as it is ready to support this new game’s armaments, and will support fully optimized cross-play, cross-progression, and cross-gen support.

“It, as well as Warzone as a whole, will also support RICOCHET Anti-Cheat. Our upcoming initiative, supported by a team of dedicated professionals focused on fighting unfair play, will already have several backend anti-cheat security features by Vanguard’s launch on November 5.

“As part of the Season One update, RICOCHET Anti-Cheat will deploy the server-side upgrades to Warzone as well as a new, internally developed kernel-level driver on PC to assist in identifying cheaters, which can allow players on all platforms to focus more on the fun new offerings across Vanguard and Warzone Pacific. The kernel-level driver will subsequently release for Vanguard at a later date.”