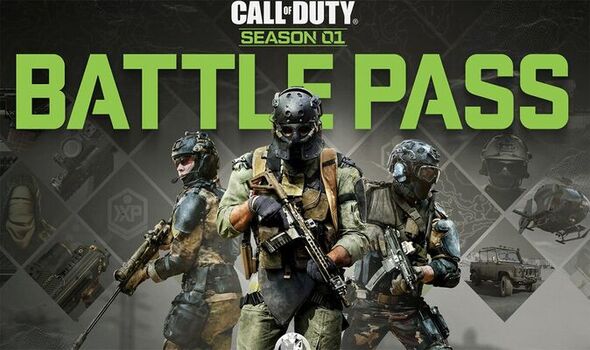 UPDATE: New details have been revealed about Call of Duty Season 1. With the season kicking off in full at 6pm GMT, Activision has revealed that CDL Moshpit has been delayed. “CDL Moshpit was initially expected to release today at the start of Season 01 multiplayer, but recently discovered issues with the mode will require a slight delay,” reads a Treyarch tweet. “Addressing these issues are our current top priority, and we’ll update you on the timing ASAP.”

ORIGINAL: Call of Duty fans are counting down to the start of Season 1 in Modern Warfare 2 and Warzone 2.0. Call of Duty Season 1 has a November 16 release date and a 6pm GMT UK launch time. It’s worth pointing out that Warzone 2.0 is actually available to pre-load now. Needless to say, Season 1 launches with a brand new Battle Pass, which is spread across both games and introduces one or two interesting new ideas.

The map is split into 21 different sectors, each containing five unlockable items. Once you’ve unlocked the first four items, you can then unlock the High Value Target to complete the sector. High Value Targets are premium items such as weapon blueprints, operator skins and Call of Duty Points.

After completing a sector by unlocking all of its rewards, you can then choose an adjacent sector to concentrate on next. The new map-based system gives players more freedom to unlock items in a different order.

If you complete all sectors and unlock every item, you’ll be rewarded with a bonus sector containing the Golden Zeus skin, the ‘Mortal’s Bane’ Weapon Blueprint and a further 300 Call of Duty Points.

Activision exlains more about the new character: “Born in the South Niger Delta, Zosar Kalu is the eldest of three children.

“He helped raise his younger siblings while his parents pursued political aspirations. His nickname comes from his youngest brother, who was born with dysarthria (a speech disorder) and would pronounce his name ‘Zeus’.

“Following his year of military service shadowing a Nigerian Army Special Forces Battalion, he enlisted and rose through the ranks of those same Special Forces.

“At the same time, his family became involved in a high-profile state election but was tragically killed by a local Al Qatala cell.

“Orphaned, and now the last of his name, Zeus established the “Thunder” Corps, a counterterrorism group dedicated to hunting AQ wherever they hide and bringing them to true justice.”

Zeus sports a rather unique helmet, which can be swapped for a golden version if you unlock all of the Battle Pass rewards and complete the bonus sector.