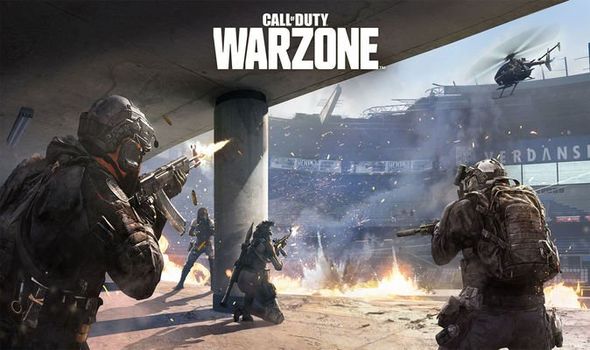 Activision have revealed its plans for a big Call of Duty Modern Warfare update going live this week across all platforms. A new COD Warzone Season 5 patch is arriving on August 24 for some gamers, followed by a new COD event to enjoy on August 28.

Tuesdays usually see a playlist refresh released and Call of Duty Warzone is long overdue a shake-up. The Mini-Royale has been in place for weeks and gamers are hoping to see something take its place.

And we already know that a new event is being planned for launch later this week, along with a few other interesting tidbits. Season 5 Reloaded is set to launch later tonight in the United States, adding new content to all multiplayer modes, including Warzone.

Then the Games of Summer arrives on August 28 which “will challenge all Operators on their skills, with only the most talented rewarded with the spoils of the games; the prospect of which has invited a new reinforcement to the Coalition’s Warcom division.”

This will be part of the big Season Five Reloaded update that arrives on August 24 at 11pm PT, with the official kick off of Games of Summer on August 28.

This means the big Modern Warfare Season 5 Reloaded update going live on August 25 at around 7am BST, in the UK.

Gamers will have to wait a few more days for the first trials to go live, with Activision confirming in a statement today:

“For the first time in Call of Duty franchise history, community members from around the world – both those who own Modern Warfare and free-to-play Warzone – will be able to represent their country in easy-to-play, hard-to-master, single-player Trials of skill. By earning medals in each Trial, competitors will prove which country’s Tier One Operators are truly the best in the world.

Within Games of Summer, there are five Trials. These miniature experiences are similar to those introduced at Modern Warfare’s launch and in post-launch Season updates.

“Trials will be available for Modern Warfare and free-to-play Warzone players, starting on August 28 at 10 a.m. PT. Players will have unlimited entries, meaning you can keep playing them to set your best time or score and go for Gold.”

When it comes to the Season 5 Reloaded content going live on August 24, you can find the official breakdown on the new weapon and modes below:

The heaviest primary weapon class in the game has a new challenger, the FiNN LMG and it will punch well above its weight against many of the existing LMGs.

This new LMG can be earned by completing an in-game challenge or a blueprint variant can be acquired by purchasing the “Mainframe” bundle.

An agile, mobile, and hostile tank of an LMG, the FiNN’s ultra-light and open-bolt design is uniquely paired with advanced recoil controls. This all adds up to a weapon with exceptional full-auto accuracy while still being lightweight, allowing for a unique playstyle that further blurs the line between assault rifle and LMG.

King Slayer is large-scale Team Deathmatch on Battle Royale where teams fight to earn points by defeating hostile players. However, the circle doesn’t collapse, rather it moves around the map for an agile battle on the go. The top five team’s top scoring player will be marked as a ‘king’ on the Tac-Map. Eliminate kings to get additional points and be awarded a free Killstreak.

In this Ground War mode variant, three flags are positioned towards the center of the map, in a similar manner to Domination mode.

If you or a teammate are downed, you enter Spectator mode instead of respawning, rejoining the battle only after a new flag is secured by your teammates. Claim all three flags and you automatically win the round. Win enough rounds, and your massive platoon will all earn the victory.