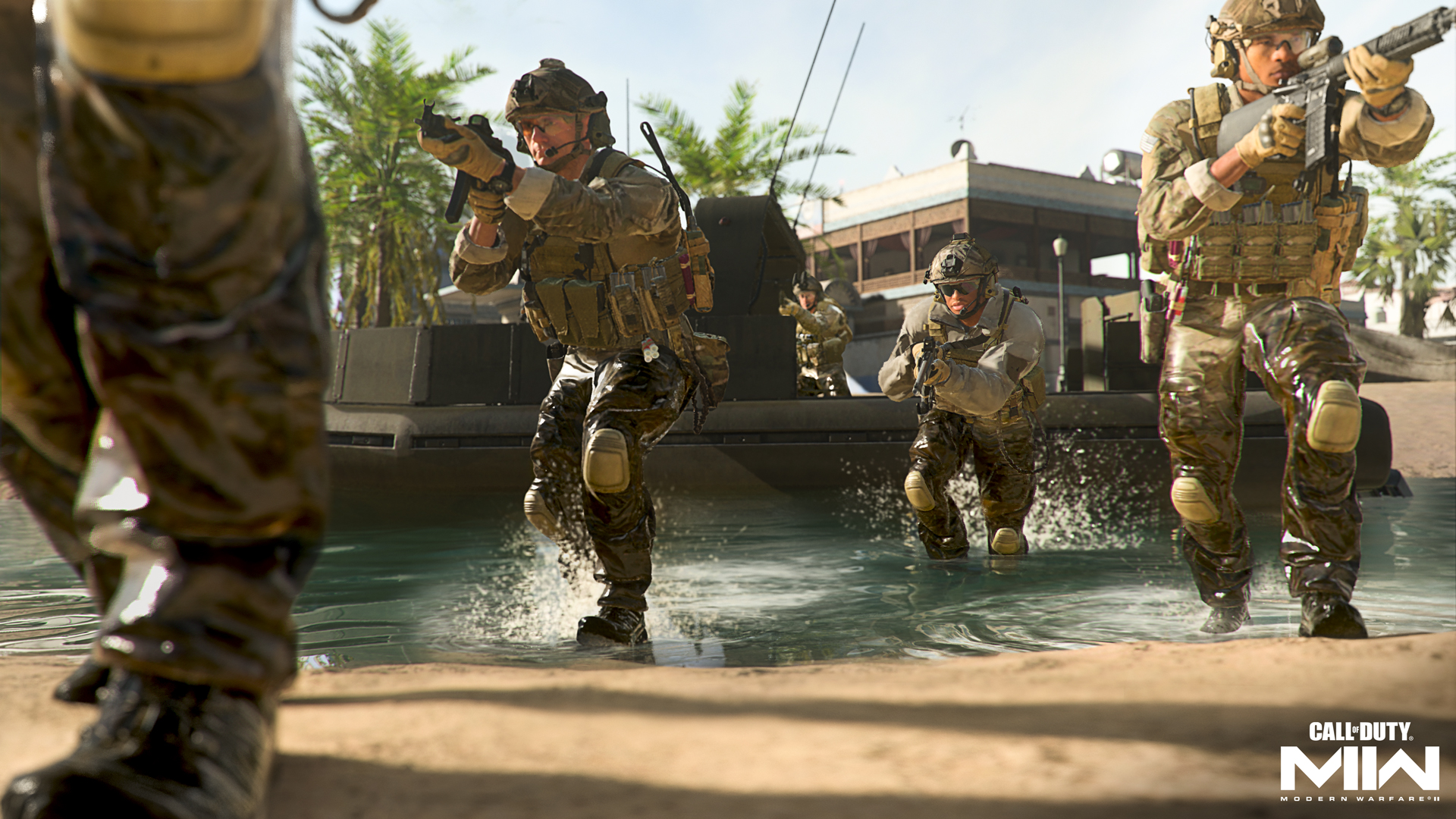 Activision has revealed a bunch of details about Call Of Duty: Modern Warfare 2’s multiplayer, from swimming to a third-person mode.

In case you missed it, Activision recently held a near five hour long livestream to talk about its upcoming Call Of Duty games.

Not only did it finally give us a proper look at the Call Of Duty: Warzone sequel, it outlined tonnes of information about Call Of Duty: Modern Warfare 2’s multiplayer.

Among the highlights is aquatic combat. While the series has had swimming mechanics before, it sounds like you’ll be able to engage in underwater skirmishes as well.

Going underwater completely changes how you need to approach encounters since your weapon’s bullets will be affected by the increased density. The addition of water also offers opportunities for stealth and a means of escape from enemy fire.

Land movement has been upgraded as well, with Modern Warfare 2 adding new traversal mechanics; namely sliding, diving, and the ability to hang from ledges.

Destructible vehicles were also confirmed and you’ll be able to climb onto their roofs and lean out of vehicle windows to fire at enemies.

Another major inclusion is a third-person mode. Although it’s not entirely new to the series (it was featured in the original Modern Warfare 2 from 2009), the majority of the Call Of Duty games have only allowed for first-person gameplay.

For Modern Warfare 2’s multiplayer, there will be separate third-person playlists. So, if you wish to stick to the classic first-person perspective, you’ll only ever play against other people using first-person.

You can learn about all these features and more on Activision’s website. They’ll be part of the game’s multiplayer beta, which is starting today for those who pre-ordered the PlayStation version.

Activision also announced two new gameplay modes that will arrive as part of post-launch updates. The original Modern Warfare 2’s Special Ops mode is returning and will have two players work together across a series of missions set after the main campaign.

The second is a brand-new mode titled Raids and is described as a ‘three-player cooperative experience requiring teamwork and strategic, puzzle-solving thinking in-between bouts of intense combat.’