Call of Duty: Modern Warfare 2's first season introduced the Victus XMR, a bolt-action sniper rifle that fires .50 caliber rounds. Anything that is on the receiving end of this weapon doesn't stand a chance, but you'll need to unlock it through the Battle Pass and level the Victus to see its true potential. 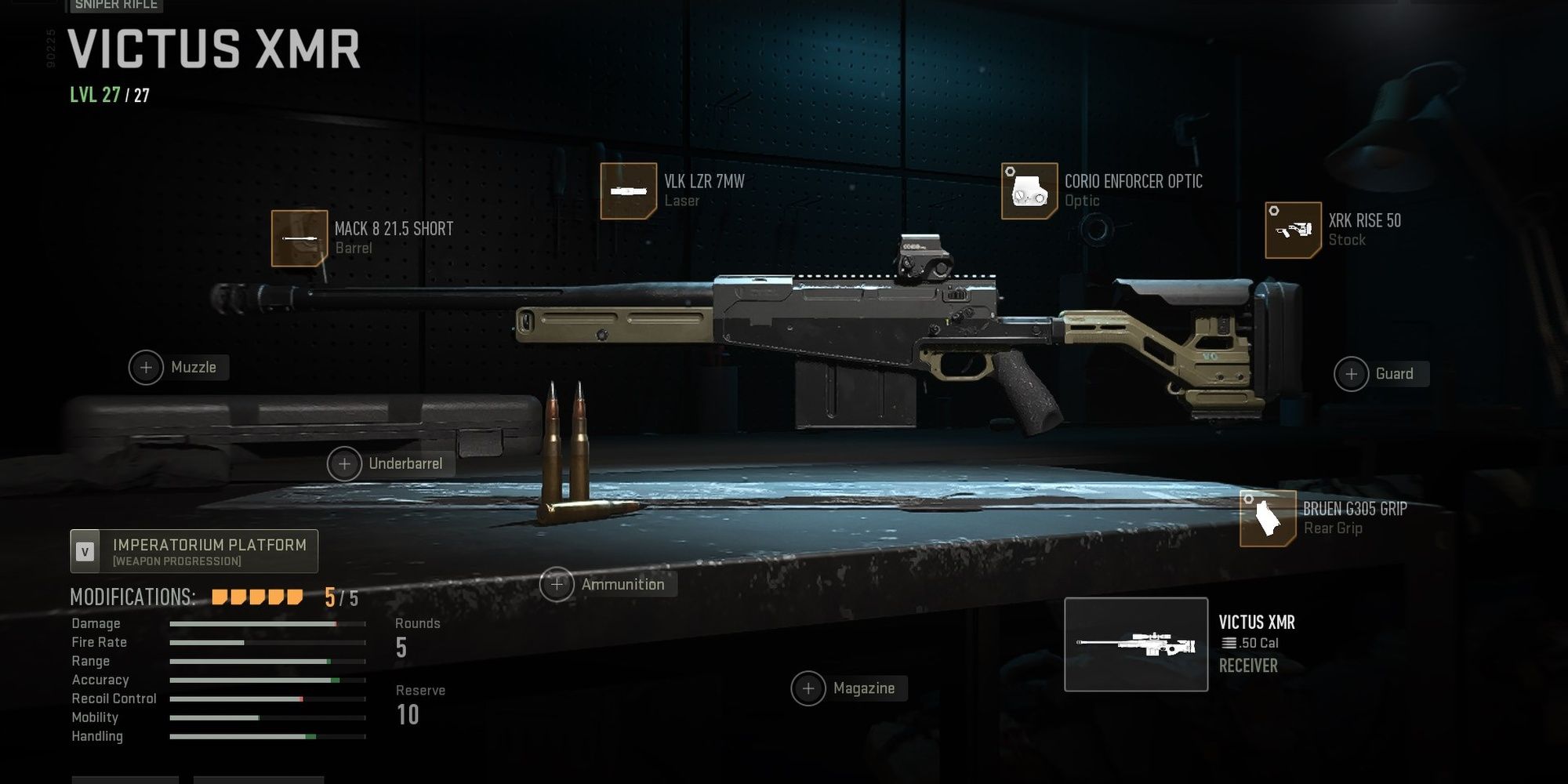 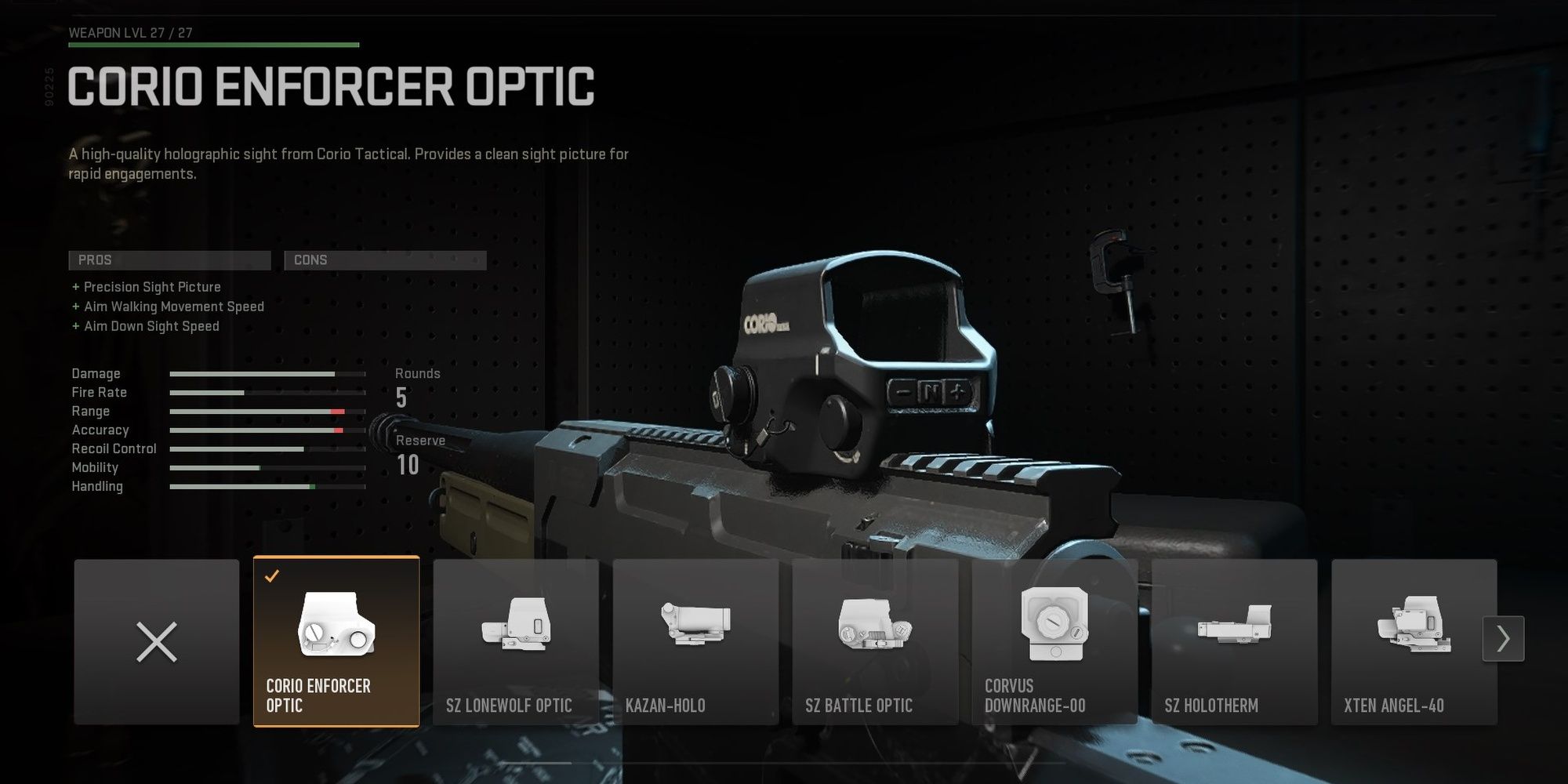 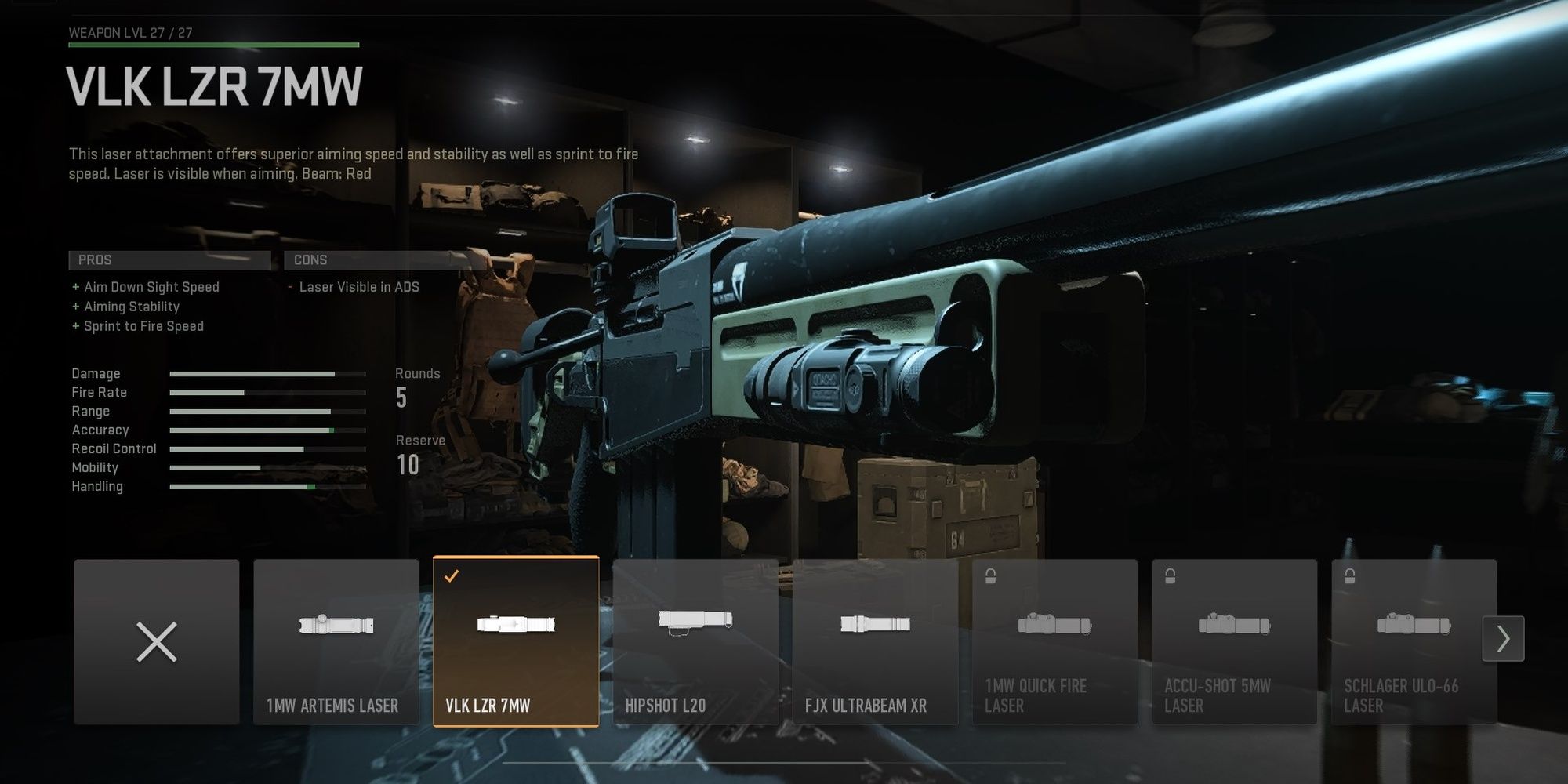 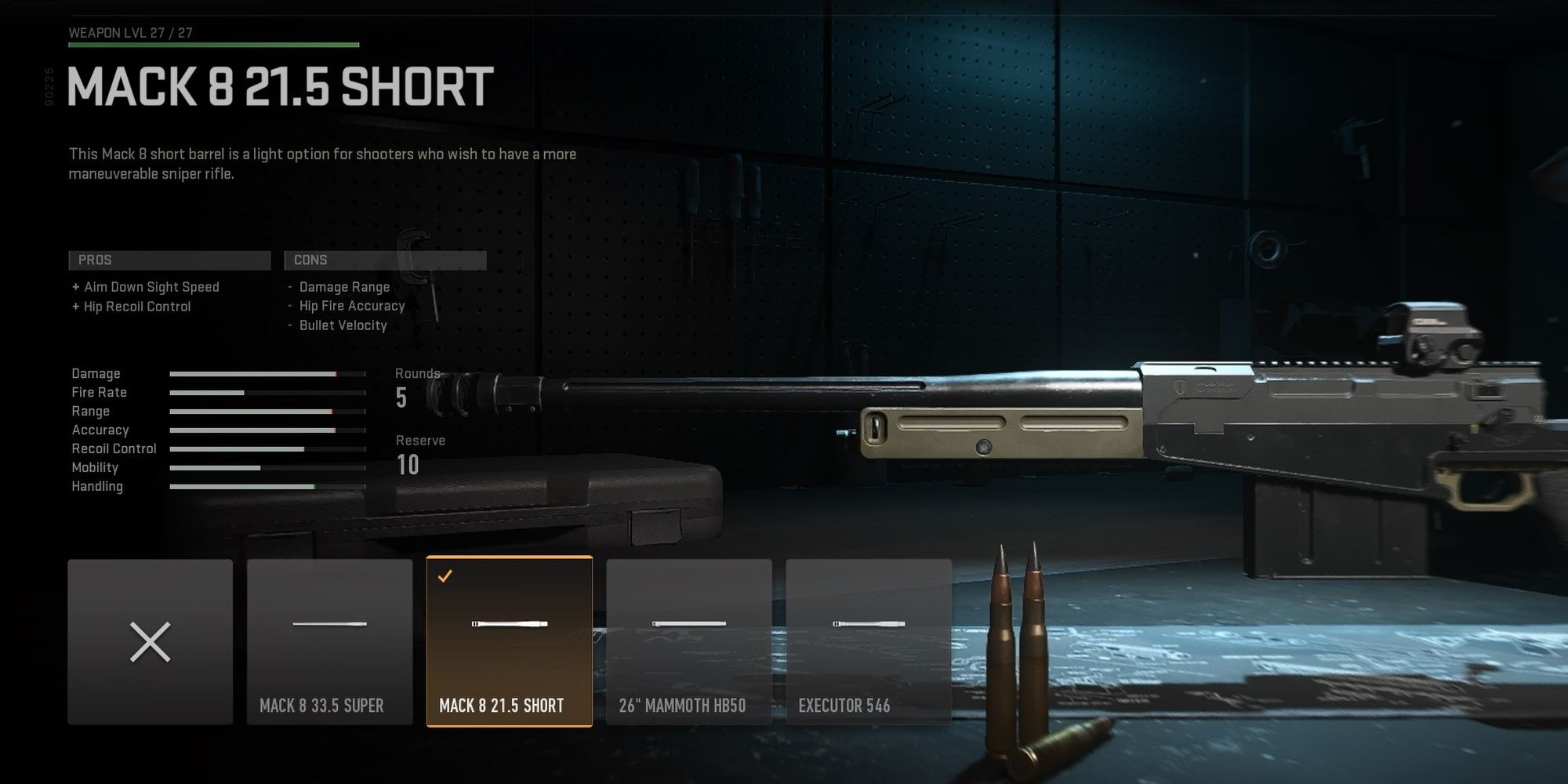 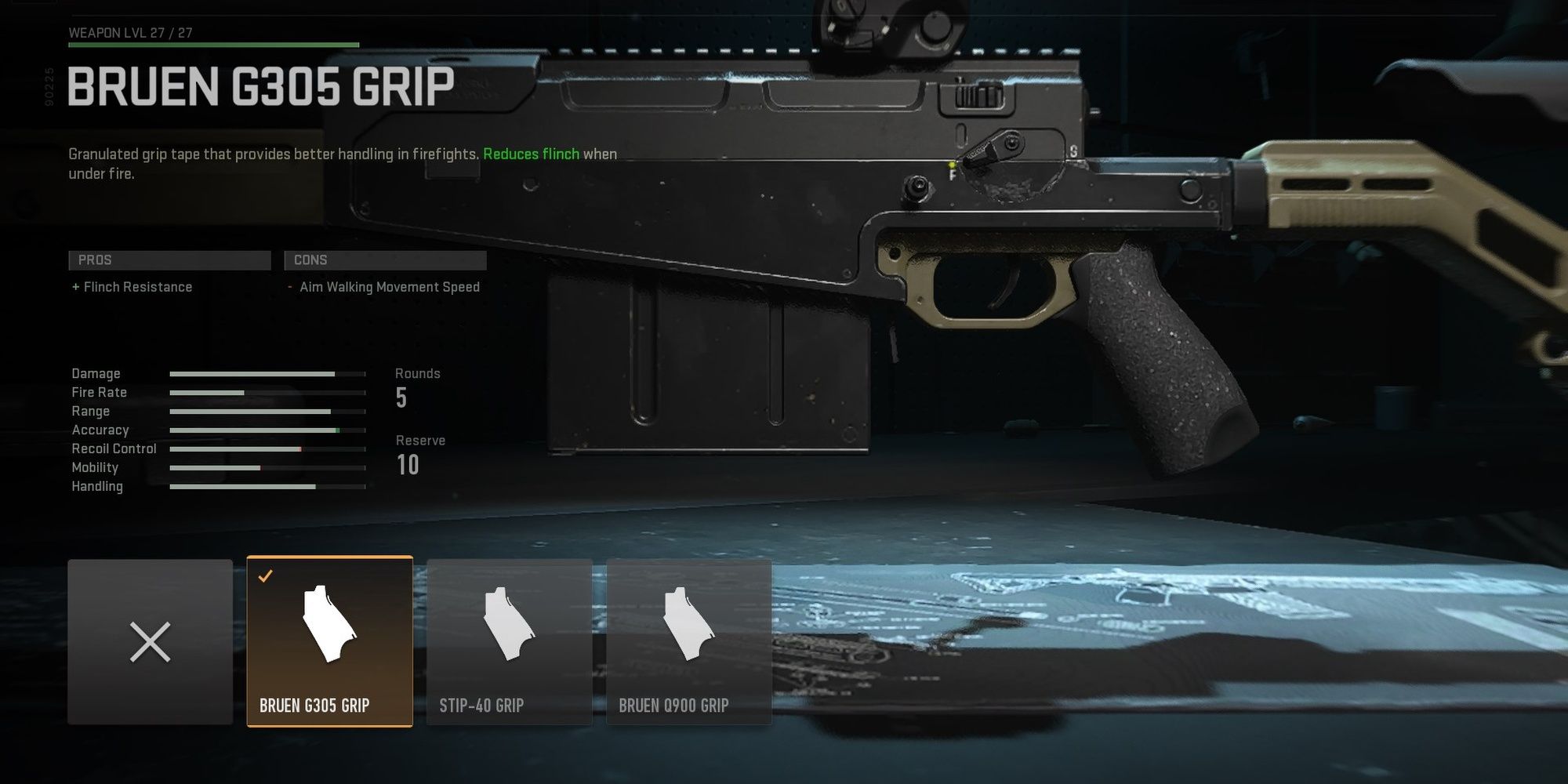 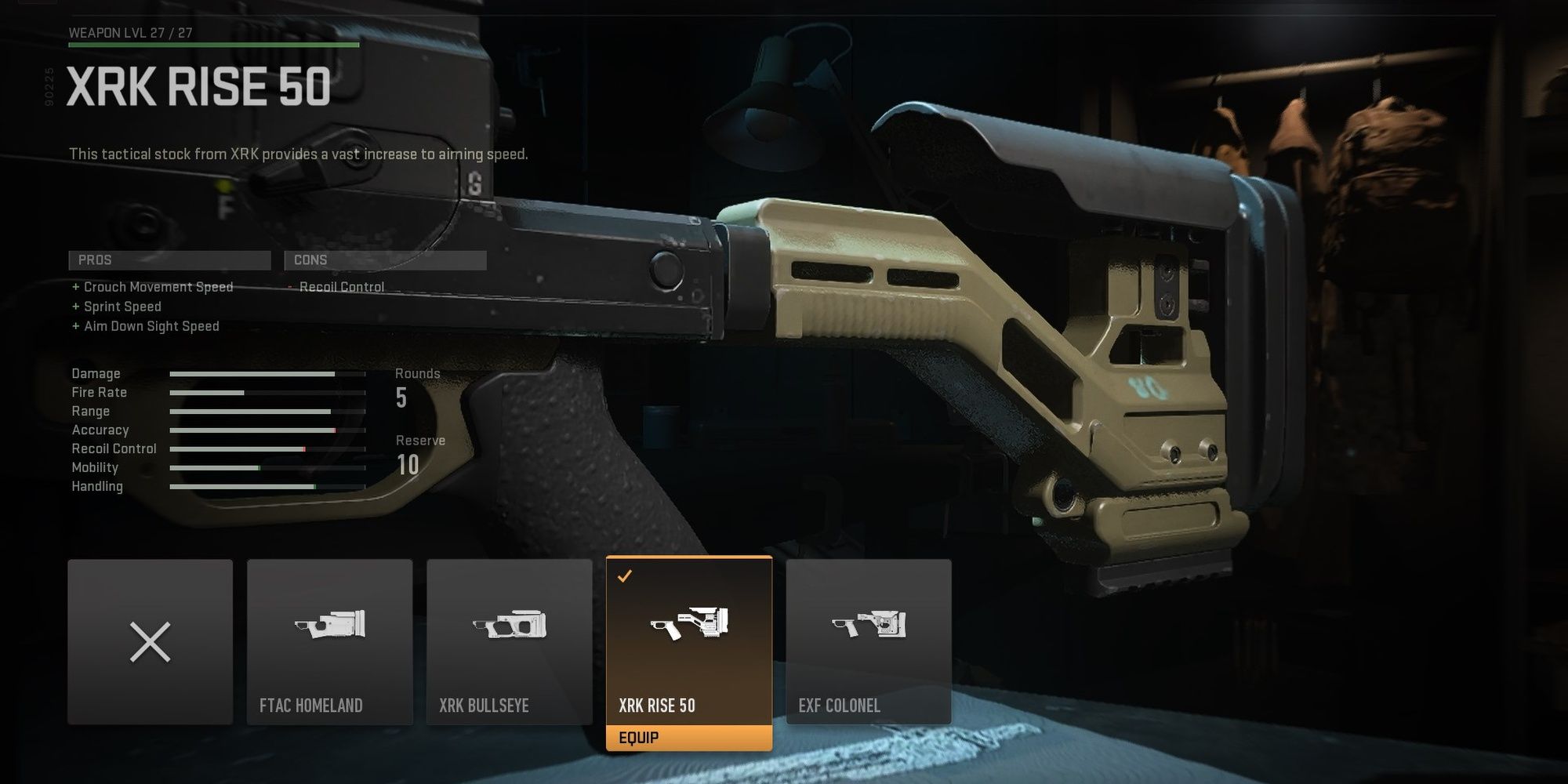 Speed is the focus of this build, turning the Victus into a marksman rifle with .50 Cal ammunition. Improving this weapon's overall handling will require all five attachment slots. We start by equipping the VLK LZR 7mw to improve the gun's aiming stability and ADS times. Our other attachments all grant ADS speed in some form. The Mack 8 21.5 Short improves ADS speeds greatly, while the Bruen G305 Grip also helps with our sprint to fire time. The XRX Rise 50 also assists with our movement speed using this gun. The optic is up to you, but we recommend close-range optics for this playstyle.

Even with our ADS speed, it's recommended to pre-aim corners whenever possible. You won't beat a min-maxed SPR with this loadout; play accordingly. The good news is a shot anywhere on the target's torso is going to kill them. Good reticle placement goes a long way here. If you want the Victus to one-tap anywhere on the body, swap an attachment for .50 Cal Explosive ammunition.

An aggressive loadout works wonders here. You'll want to use Overkill to support your sniper with a close-range weapon—preferably an SMG or assault rifle. Use Fast Hands to make swapping between your weapons much faster. It also makes equipment usage far quicker, allowing you to throw your Throwing Knife instantly. Quick Fix ties everything together and makes aggressive quickscoping viable in 6v6 modes. Run your favorite Field Upgrades to assist your playstyle. 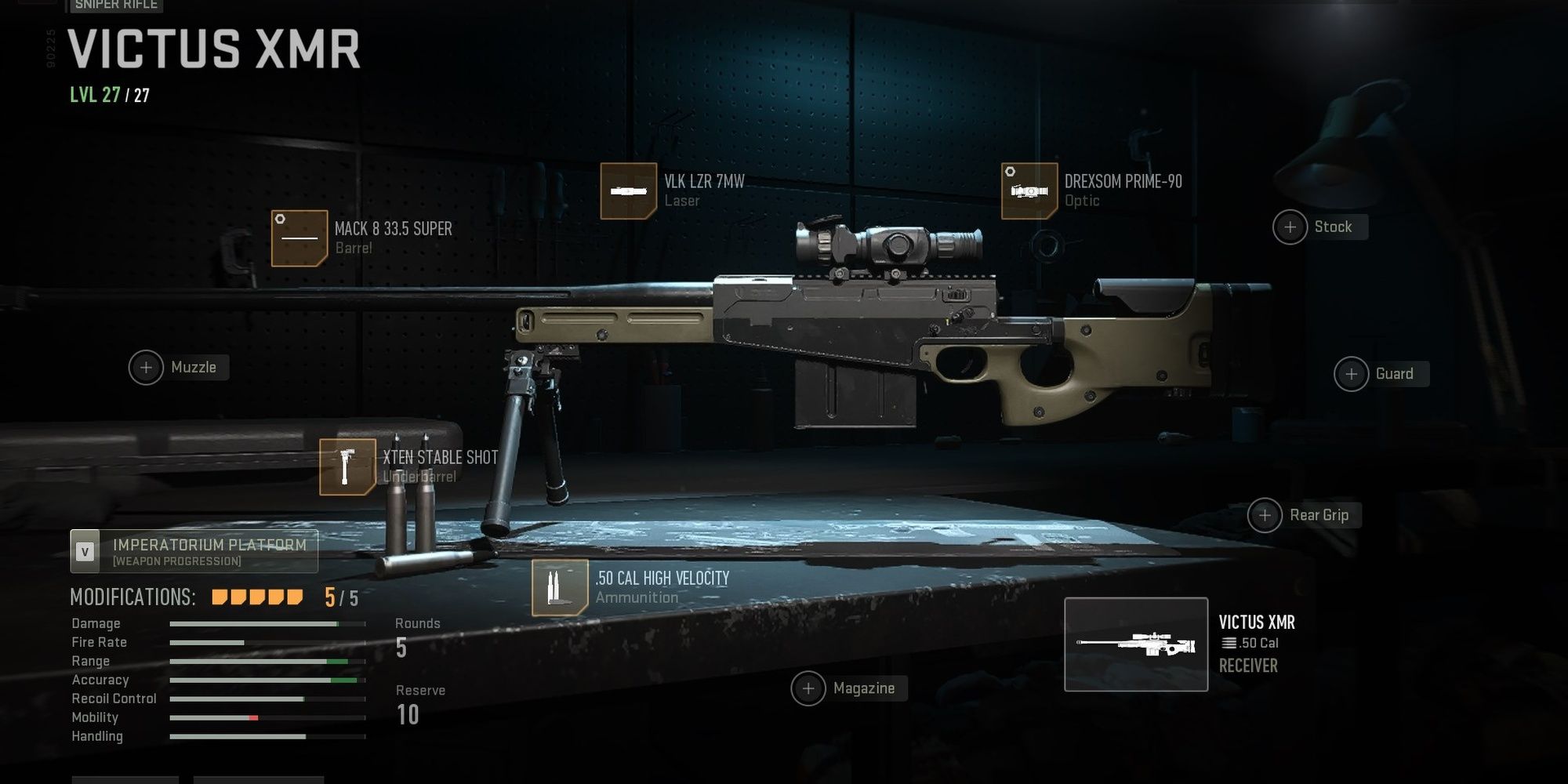 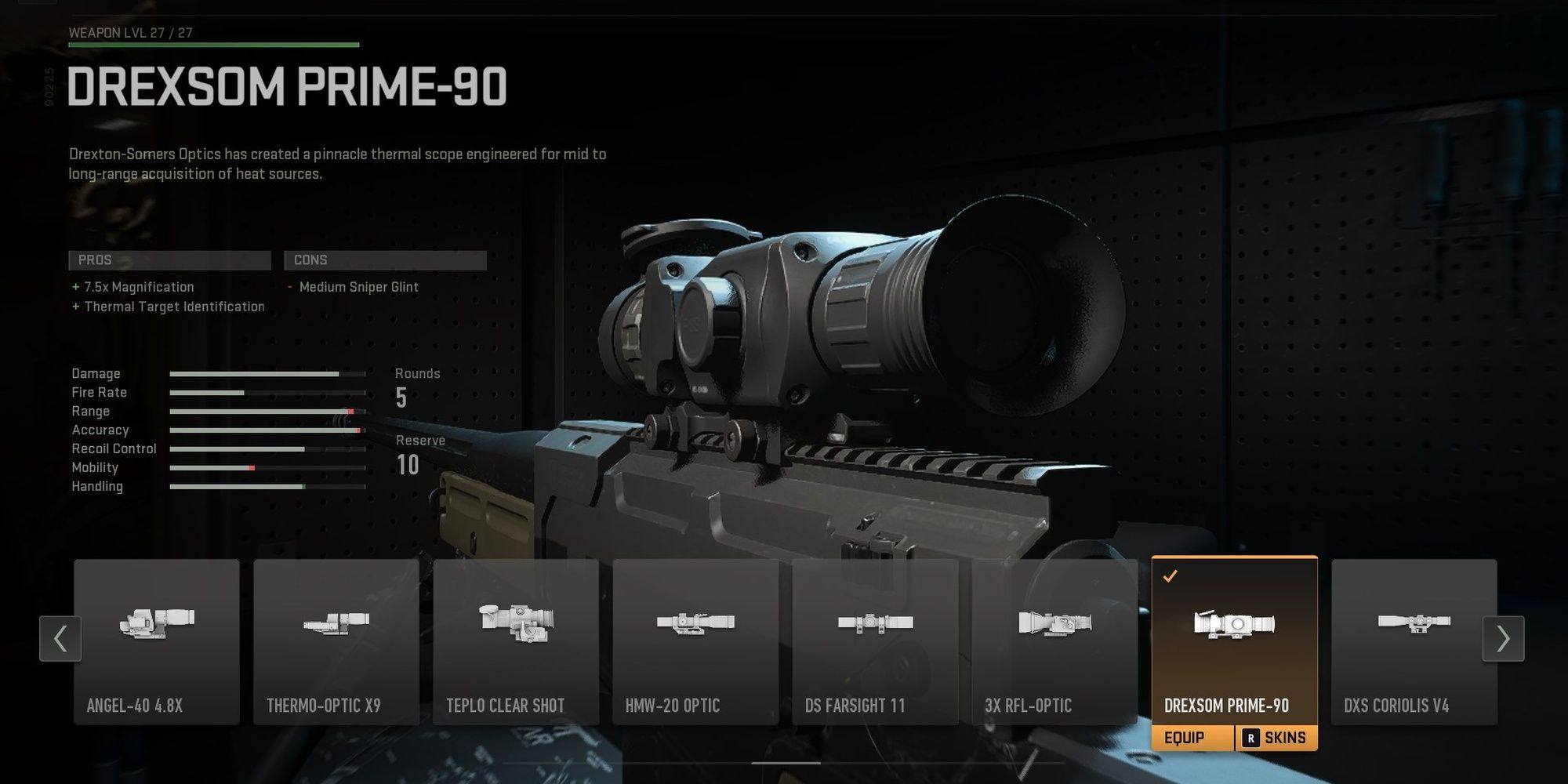 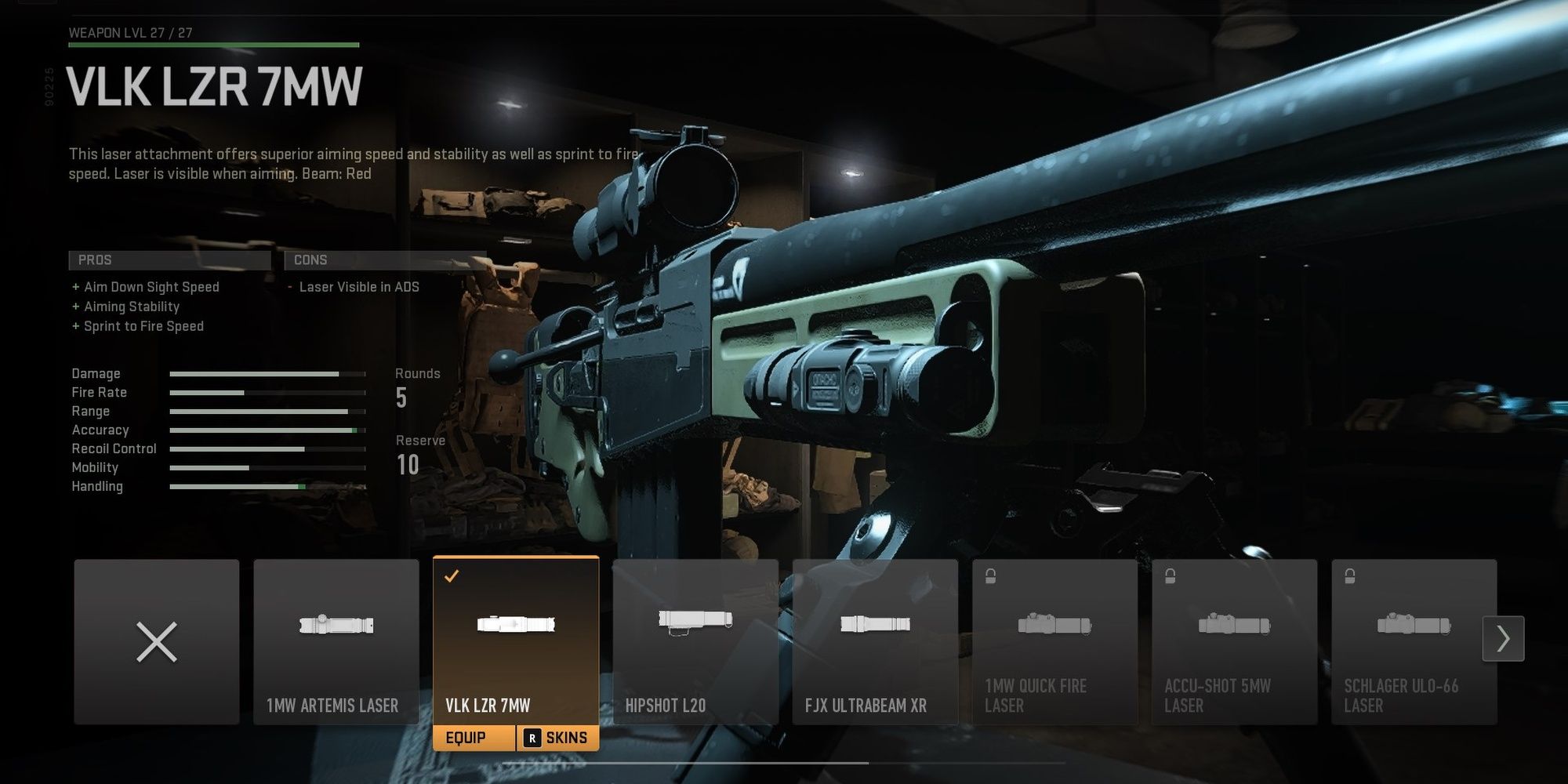 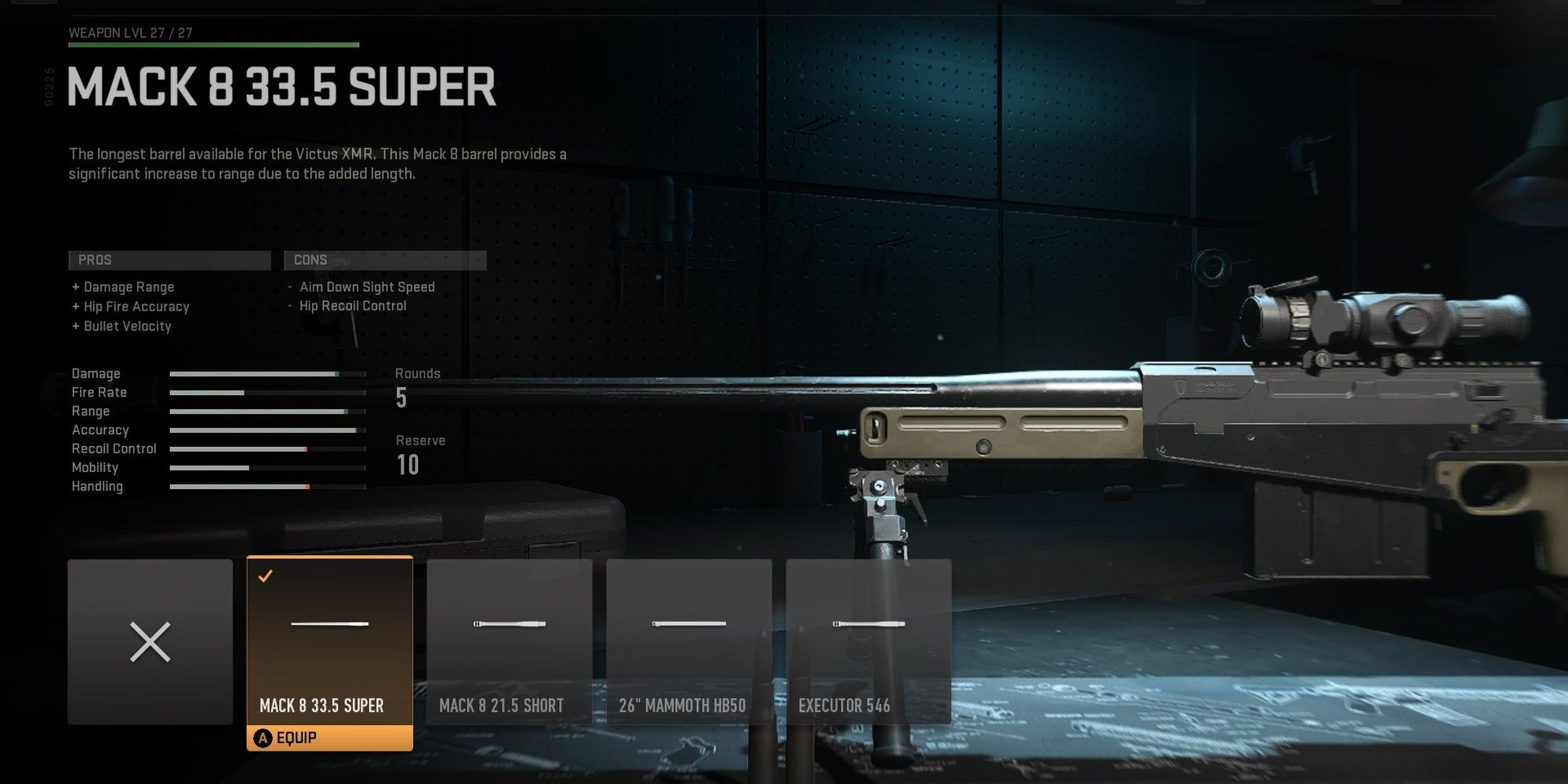 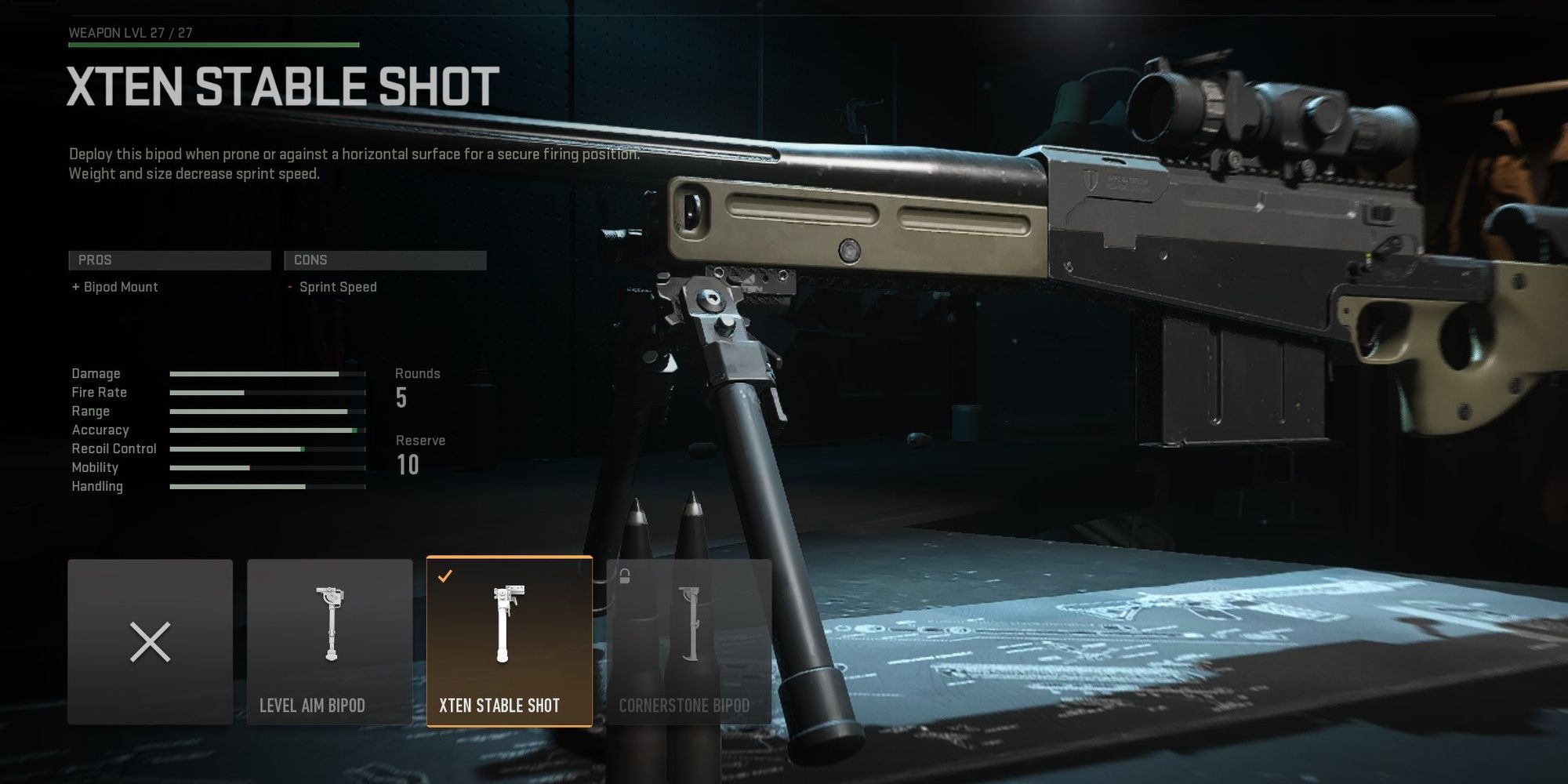 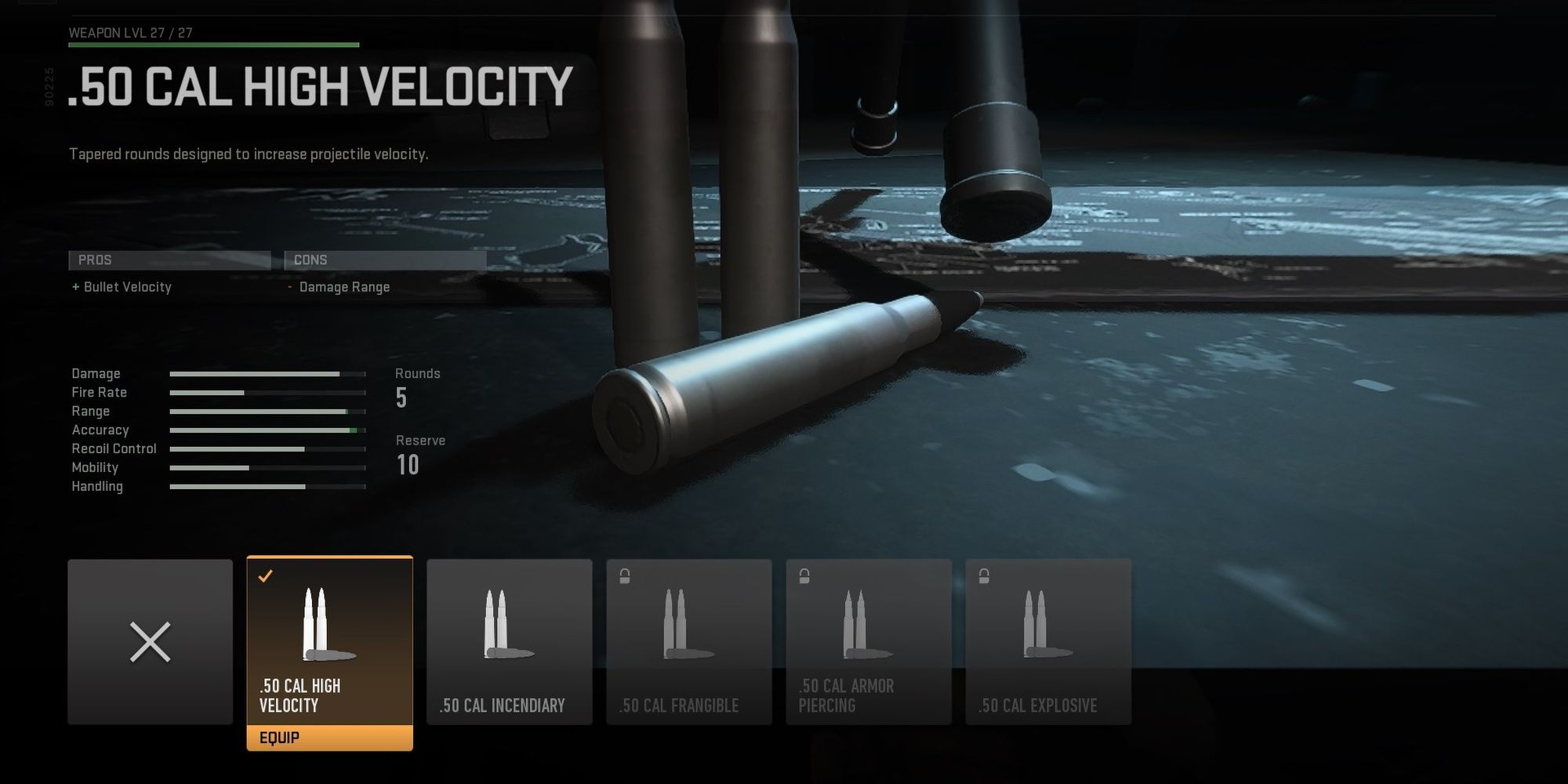 This build focuses on turning the Victus XMR into the perfect sniper rifle for Invasion and Ground War. We focus entirely on accuracy here, so don't use this Victus build for CQC. The Drexsom Prime-90 is a fantastic scope that has 7.5x thermal optics, allowing you to spot enemies from hundreds of meters away. For accurate shots, we use the Mack 8 33.5 Super barrel with the XTEN Stable Shot bipod and .50 Cal High Velocity rounds. To help our slow ADS speed, we throw on the VLK LZR 7mw.

Take advantage of your bipod to get pinpoint accuracy, then aim for the chest. The barrel and ammo both increase your bullet velocity, making the Victus virtually hitscan for over a hundred meters. Leading your shots isn't necessary unless you're sniping enemies in DMZ or Warzone from extreme distances. Mount your weapon, find your target with your thermal scope, and fire center mass. It's incredibly easy to use and equally deadly.

Stealth works nicely with a sniper rifle. While we aren't using a silencer—something you can easily equip by replacing your stock or laser—we can take full advantage of Cold Blooded to become invisible to thermal scopes and most killstreaks. Many snipers use thermal in MW2 currently, so being invisible to them is quite useful for keeping yourself safe. Past that, we use Ghost to hide from UAVs and Tracker to hide our kill markers, making it harder for enemies to pinpoint your location.

The rest of your loadout is going to depend on your playstyle and game type. We recommend most players use Overkill and equip an assault rifle to give themselves a solid backup weapon. You don't have Fast Hands in this setup, so beware of your rather lengthy swap times. Snapshot Grenades are great for locating enemies in the same building as you, and Proximity Mines are amazing for shutting down enemies encroaching on your location. Field Upgrades are down to preference. For general gameplay, we recommend Trophy Systems and the Munitions Box.