The Lachmann Sub, commonly referred to as the MP5, is Modern Warfare 2's signature SMG for aggressive players. Great mobility, minimal recoil, and solid fire rate make for a formidable weapon across all game types. If you're looking for a reliable SMG, you've found the perfect weapon.

Tuned for mobility or accuracy, the Lachmann Sub will dominate in 6v6 modes and even Ground War. It's also a solid pick for Warzone and DMZ, provided you have some attachments. This guide will showcase two builds that build around the Lachmann Sub's strengths. We'll showcase a build tailored towards accuracy, then we'll show a build that provides high mobility. 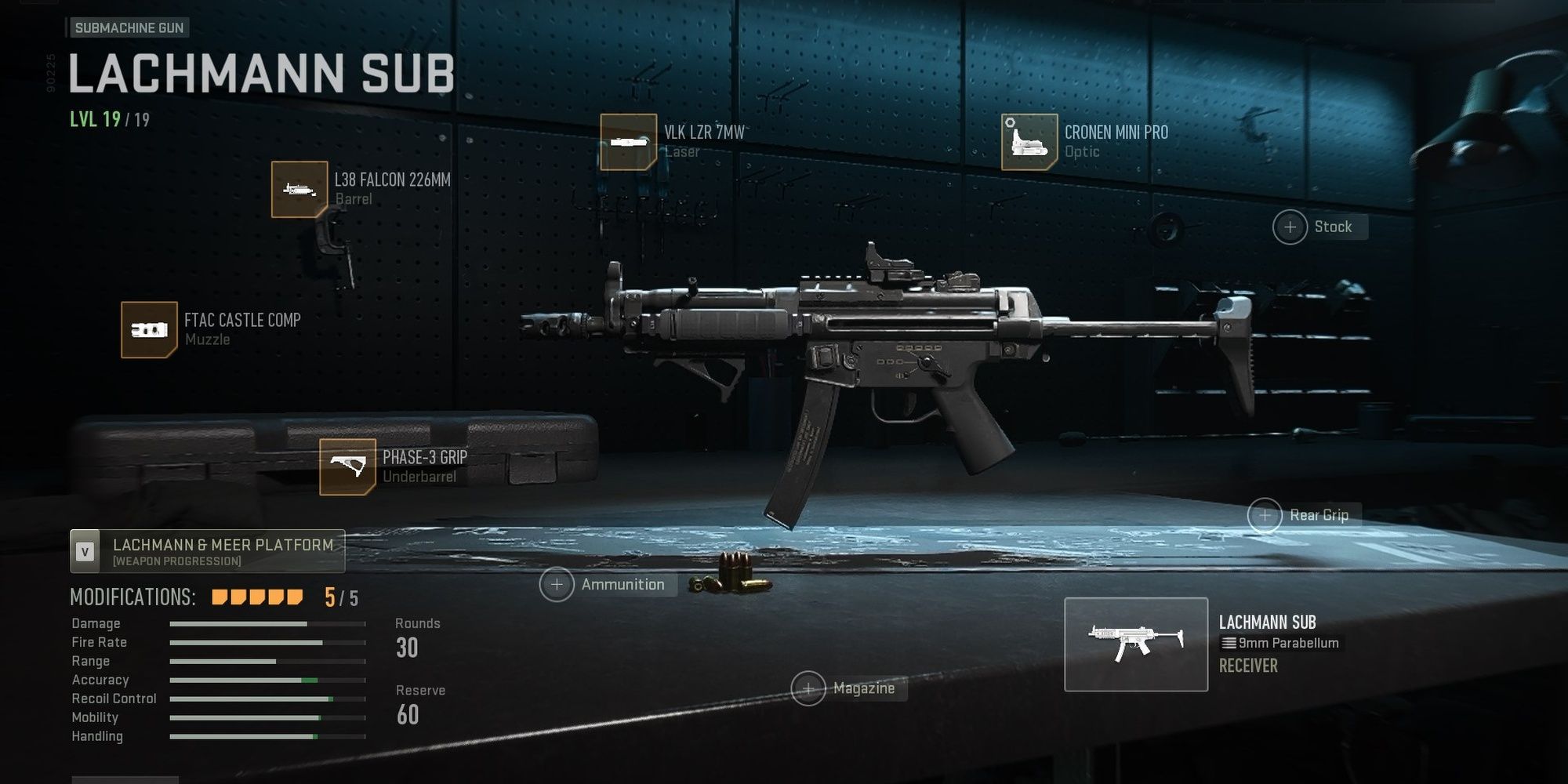 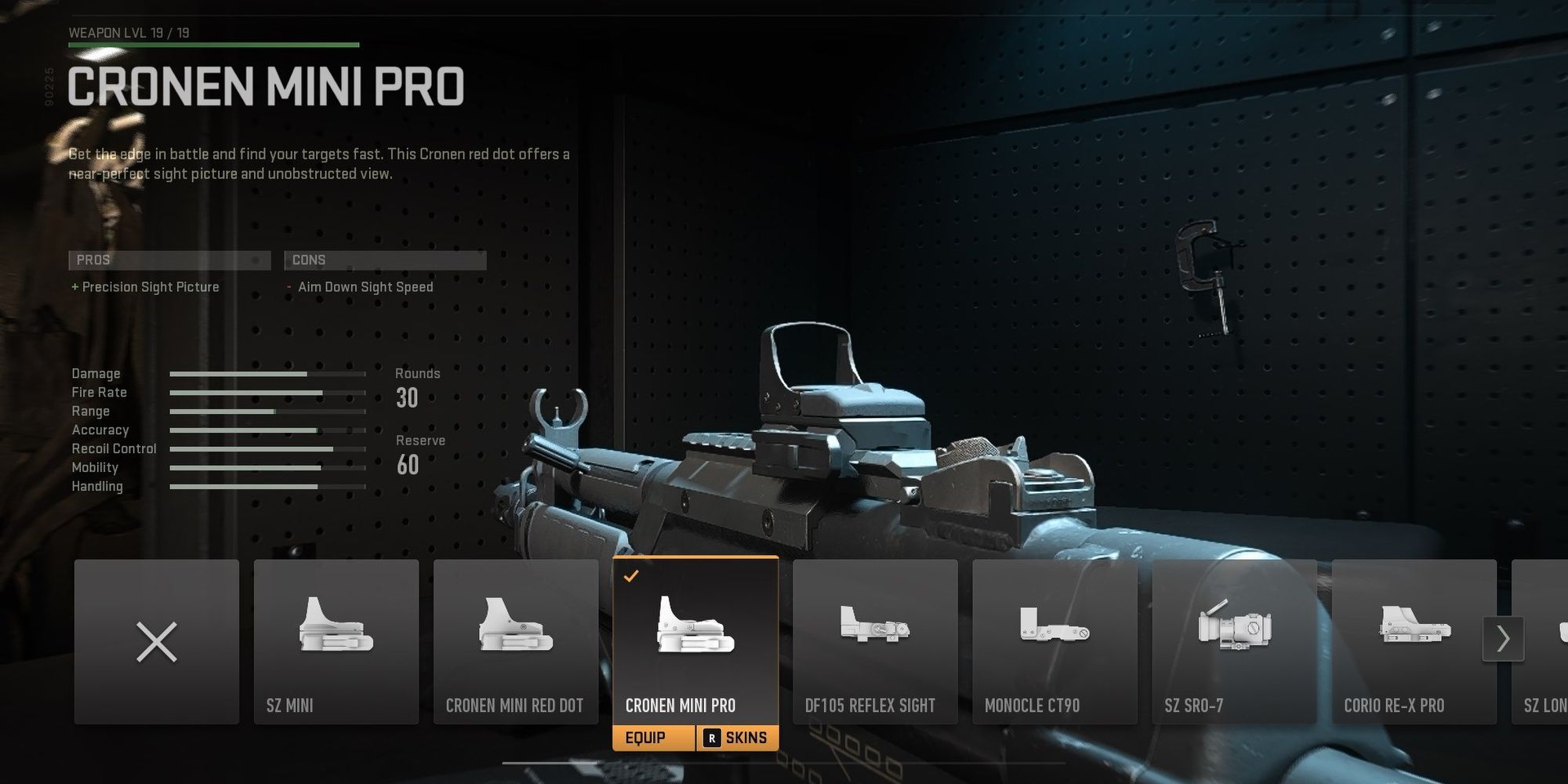 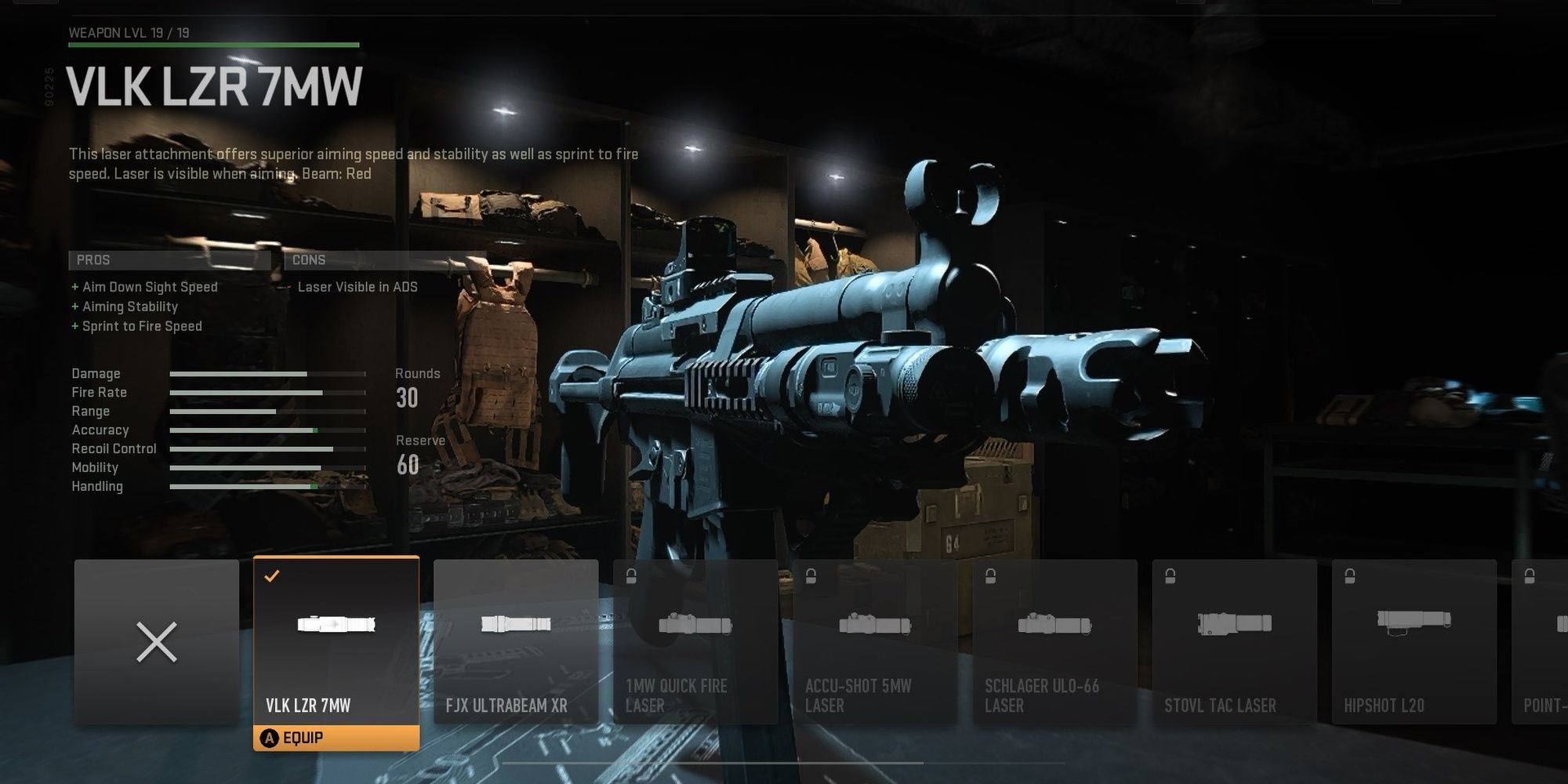 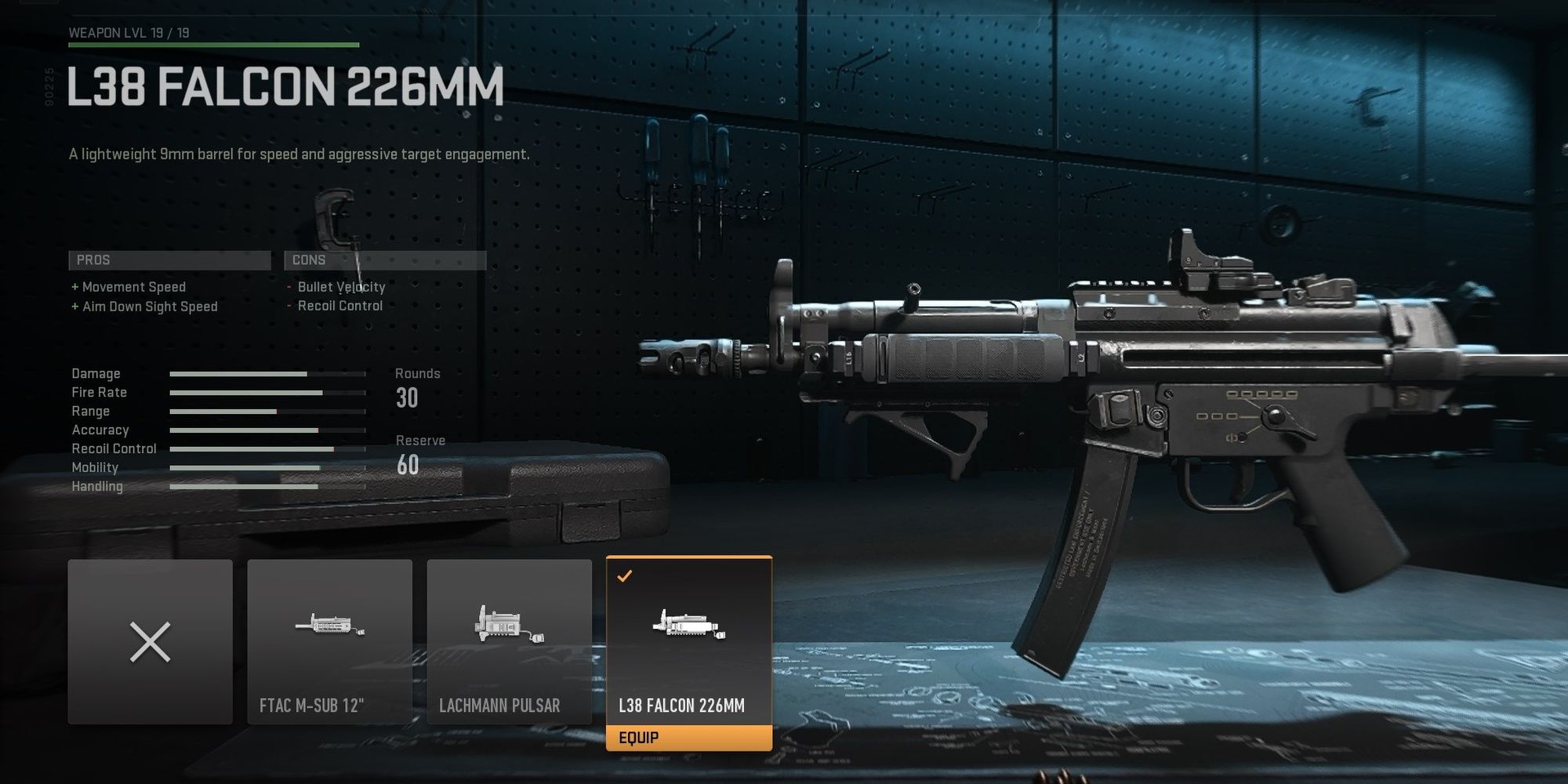 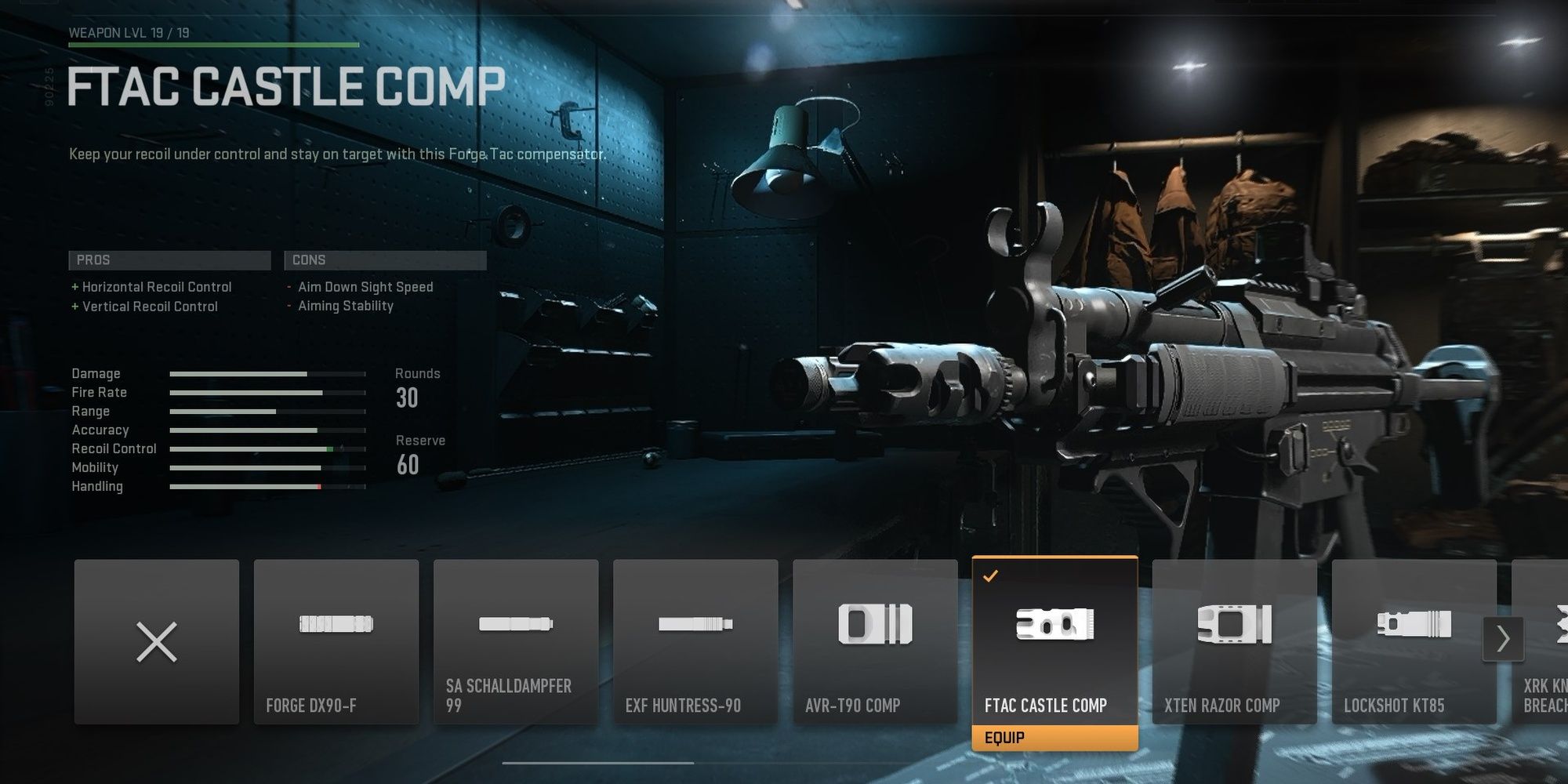 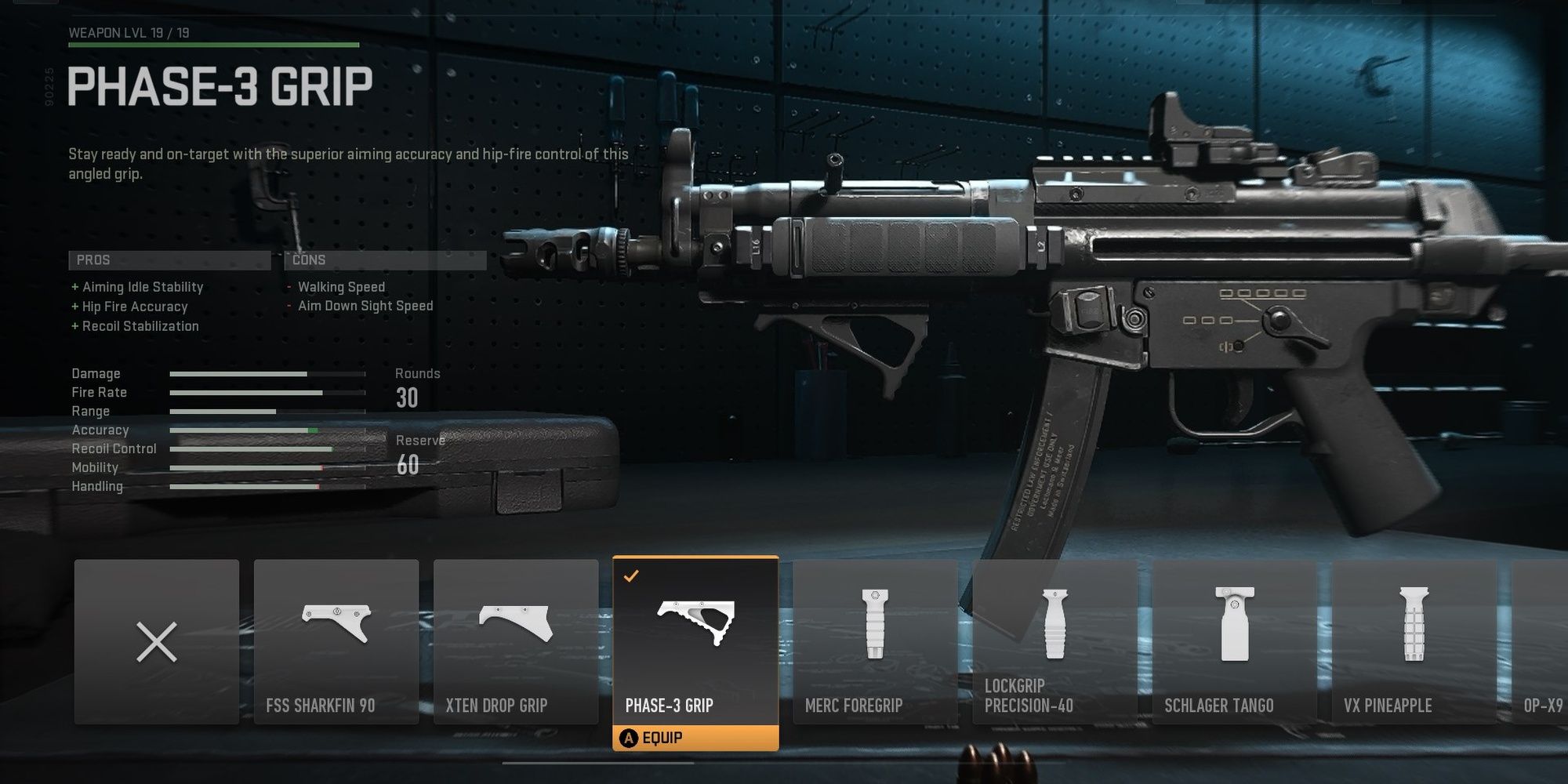 Virtually no recoil is present on this build. You'll experience some initial kick, but compensating for that will leave you with a recoilless SMG. We achieve this by using the Phase-3 Grip alongside the FTAC Castle Comp and VLK LZR 7mw. We use the L38 Falcon 226mm barrel for some mobility, then we use the final attachment slot for an optic. The optic itself is entirely down to preference. If you're looking for recommendations, the Cronen Mini Pro is our favorite. If you prefer, you can opt out of an optic and equip a larger magazine instead.

This build is fantastic for 6v6 and should do well in Warzone. Accurate shots make it easy to land shots at all ranges, even longer distances that SMGs typically avoid. You are using an SMG at the end of the day, so try to stay within close range of your targets for optimal TTK values. Shooting mid-air and rapid ADS speeds are possible here, but players that are hyper-aggressive might do better with our second build.

This loadout is great for aggressive play. SMGs are all about getting up close, so we'll be doubling down on that with Double Time and Tracker to make finding targets easy. Tracker also hides death skulls when you kill someone, a surprisingly powerful tool in chaotic 6v6 modes. Fast Hands is mandatory here: the Lachmann Sub has an absurdly slow reload for an SMG. Get back into the fight faster with Quick Fix, throw the occasional Stun Grenade to get the edge on AR users, and, use your Drill Charges to kill any campers you come across. 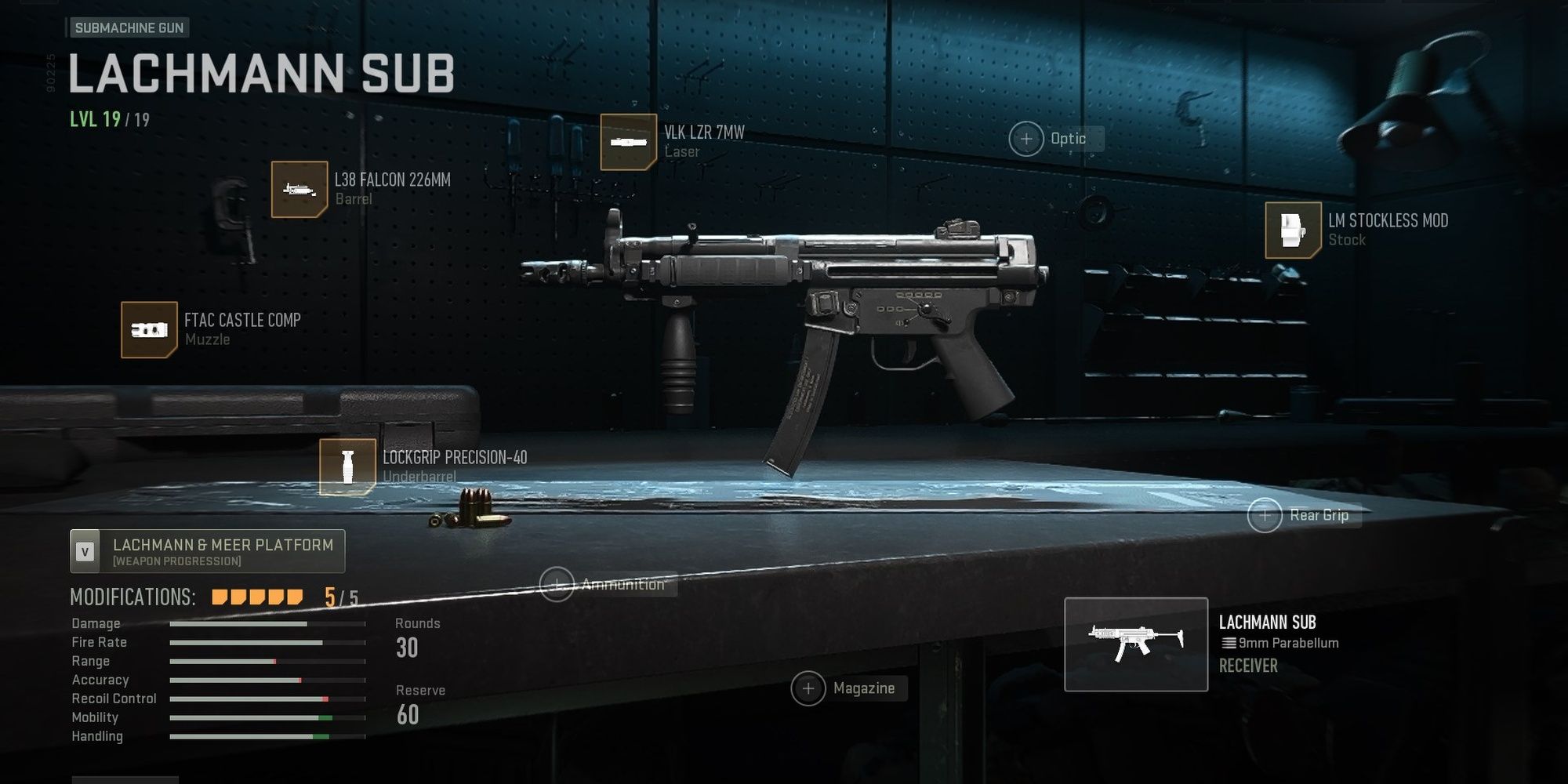 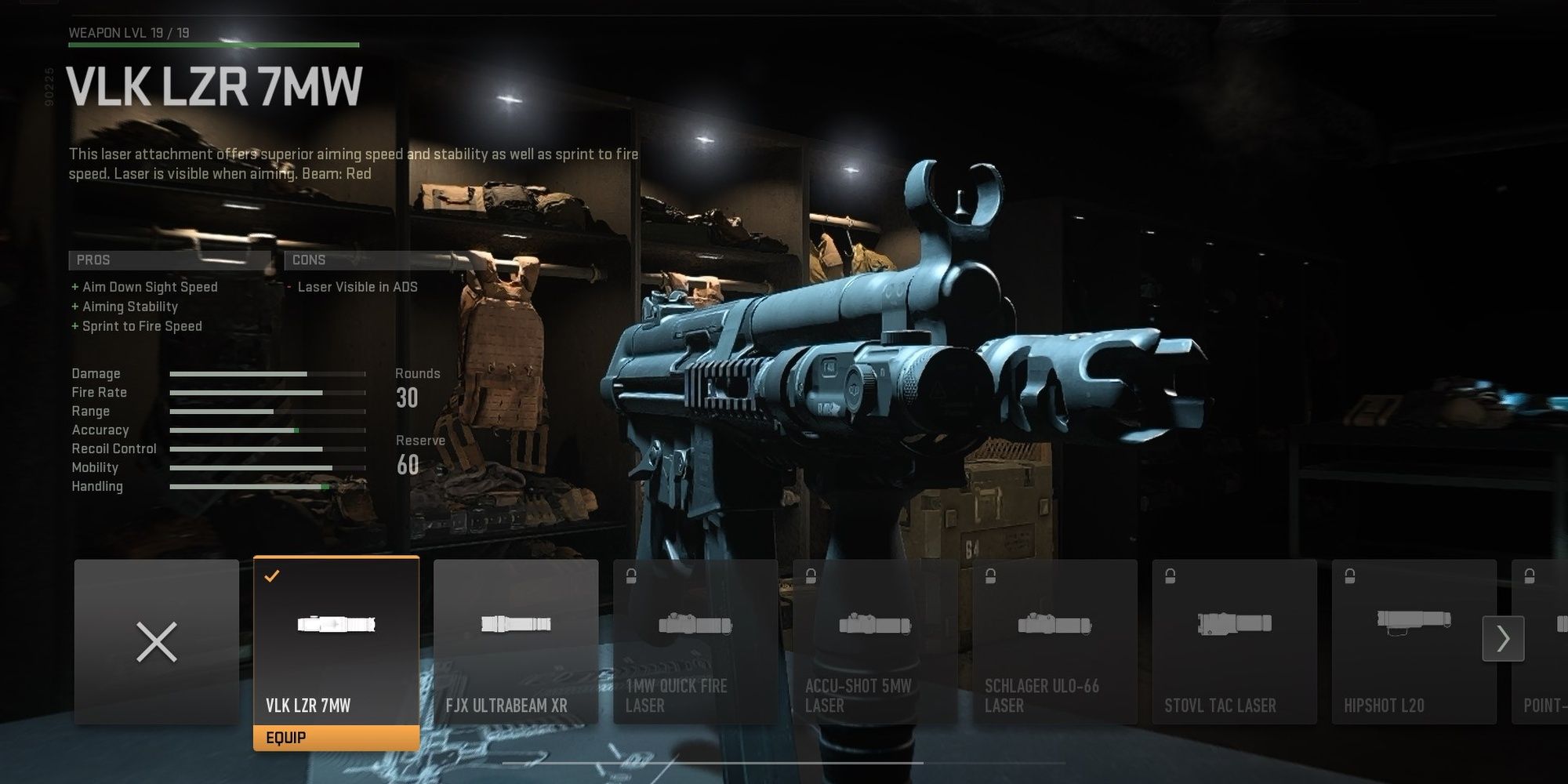 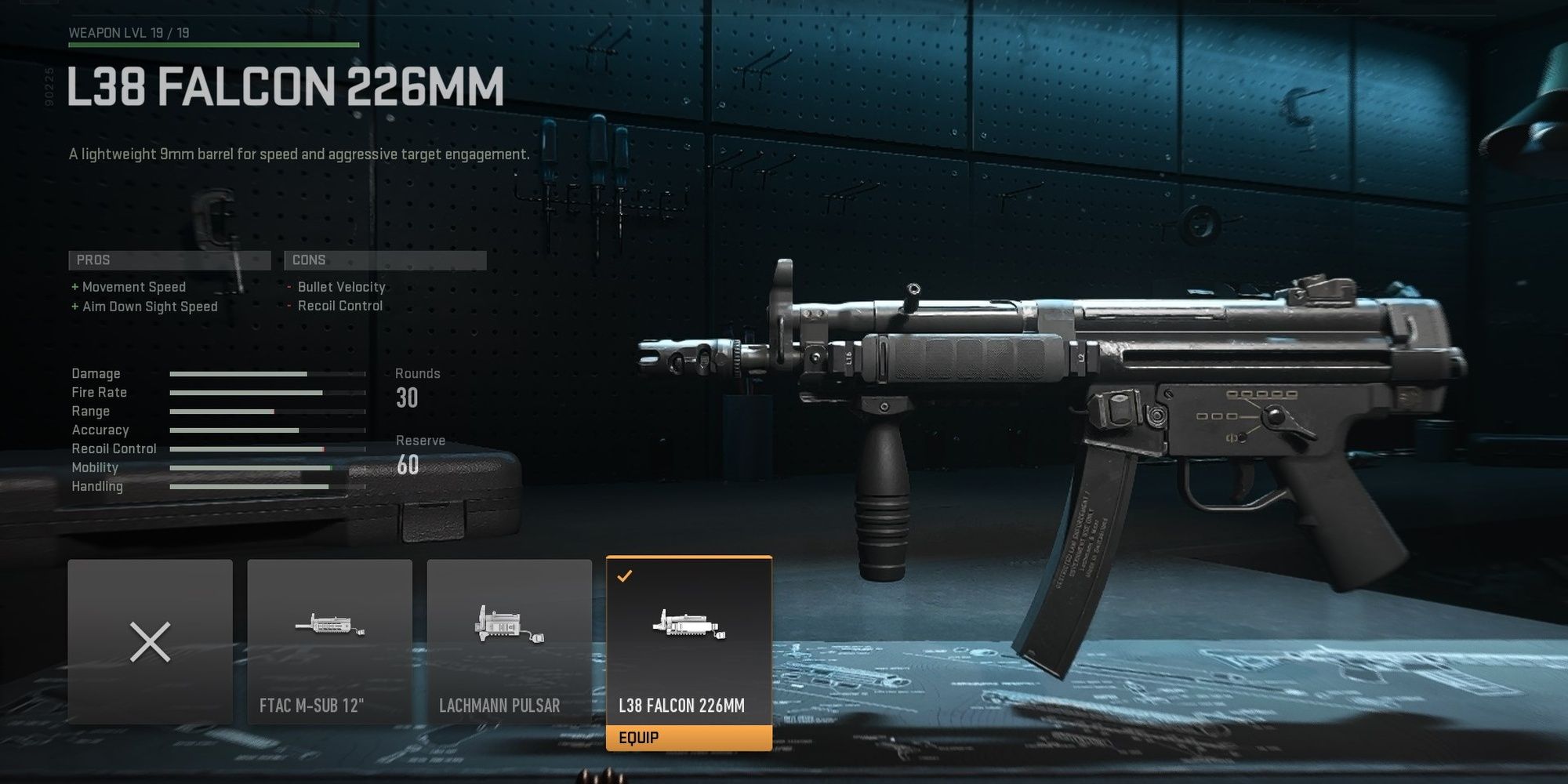 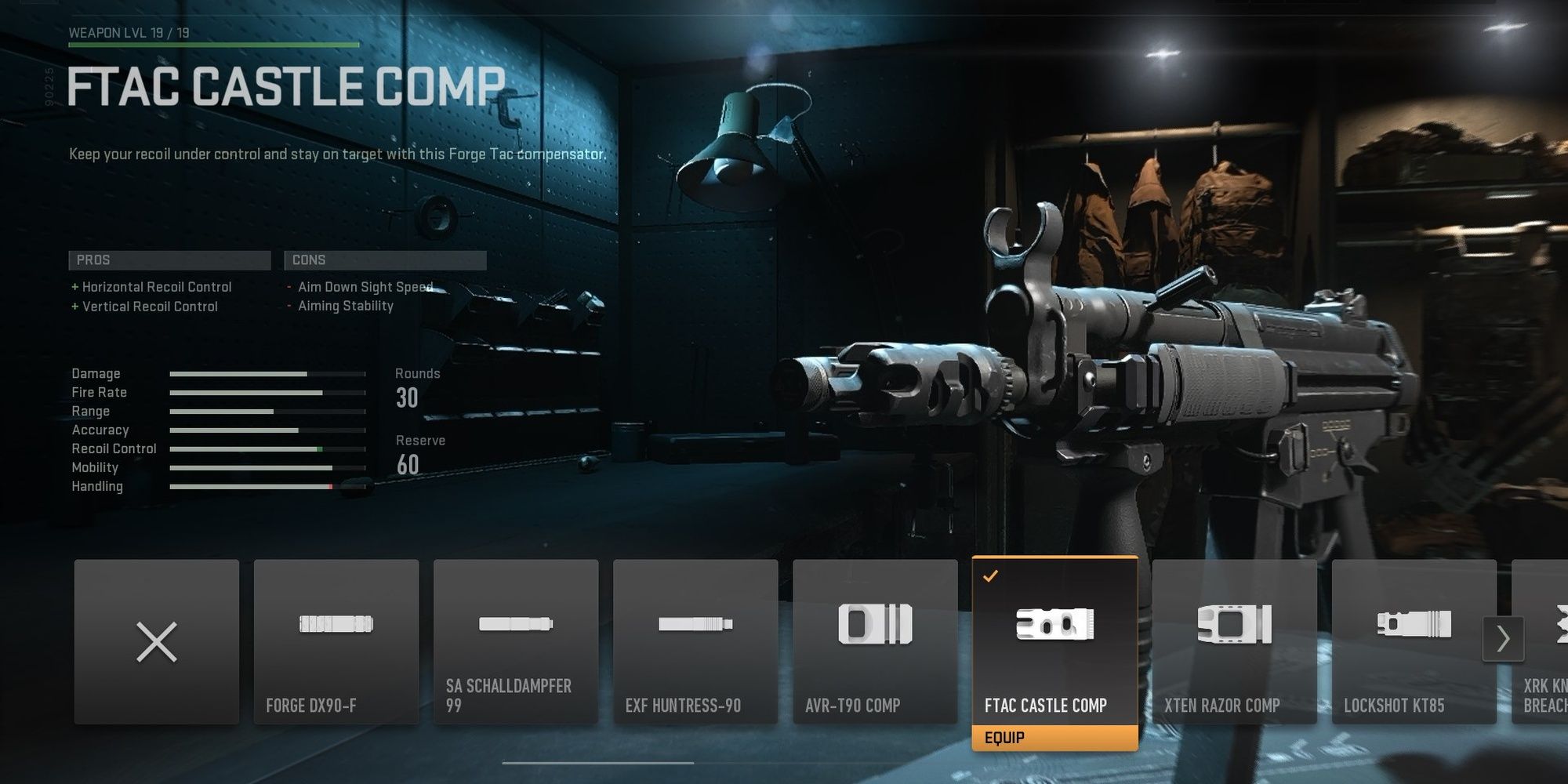 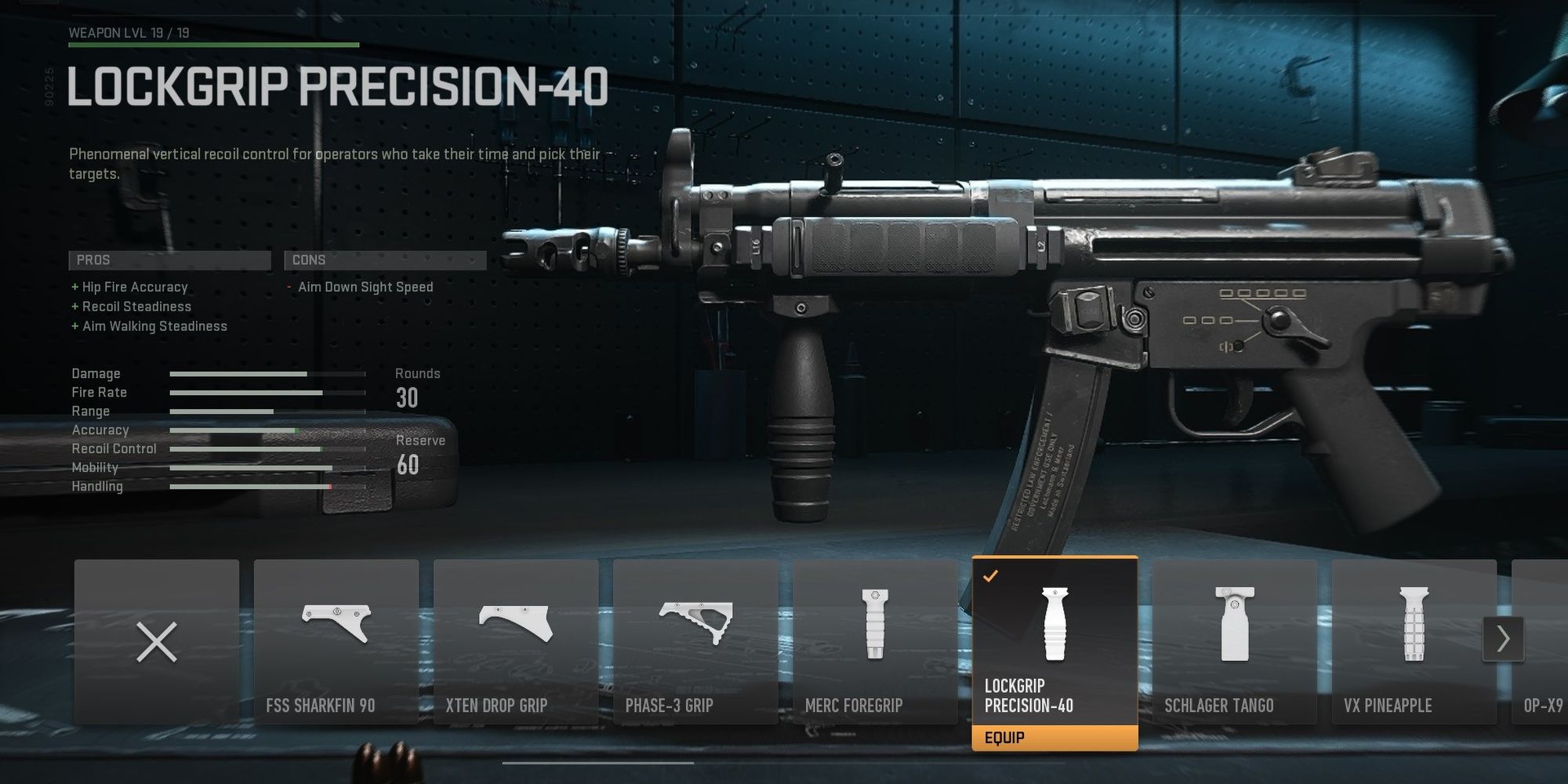 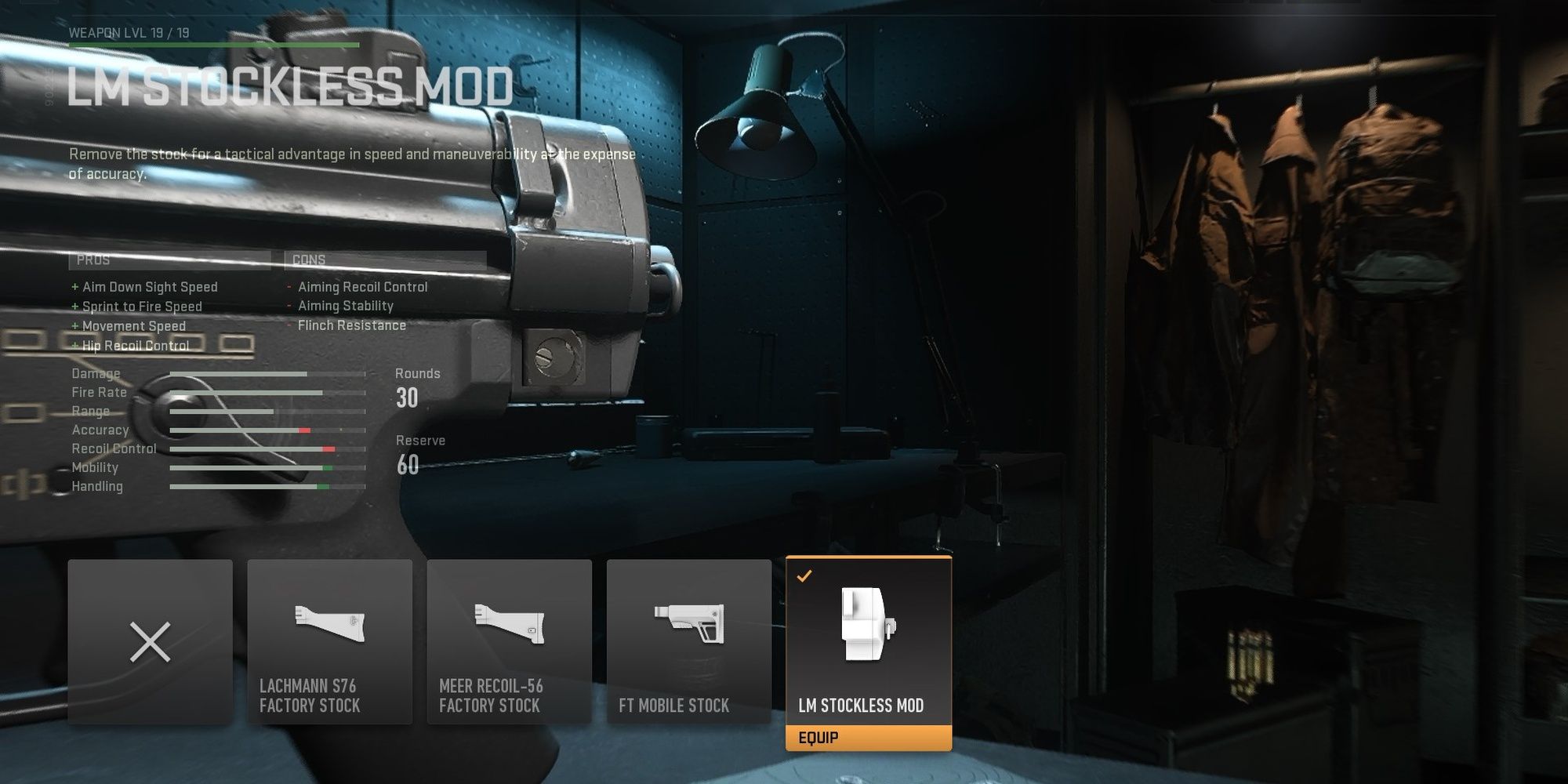 Speed is this build's biggest strength. We use two incredibly powerful attachments for increasing our movement speed: the LM Stockless Mod and L38 Falcon 226mm barrel. Both attachments make you move absurdly fast, yet the lack of a stock completely butchers your accuracy. We fix this by using the FTAC Castle Comp and Lockgrip Precision-40 underbarrel grip. The VLK LZR 7mw laser finishes the build, although you can replace the laser with whatever you want.

You can't hit anything at long range, but your movement makes closing the gap extremely easy. Tactical sprint toward your target, then hit them with a jumpshot or quick slide. Your ADS times are so fast that aiming down sights mid-air is still snappy, leading to easy kills against unsuspecting players. Stay within close quarters, and the Lachmann Sub will melt anyone that gets near you.

We're using the same loadout as our last build. The Lachmann Sub has awful reload times, so we'll be using Fast Hands to fix that. Aggressive players should use Double Time and Quick Fix to stay on the move after a gunfight, and Tracker is incredibly useful for finding stray targets and hiding kill markers. Dead Silence is great for flanking enemies without raising too much attention, although you'll need to be careful while UAVs are up. If you prefer more stealthy gameplay, consider using Ghost instead. Stun Grenades help with winning 1v2 and 1v3 fights, and Drill Charges are great for combating campers.