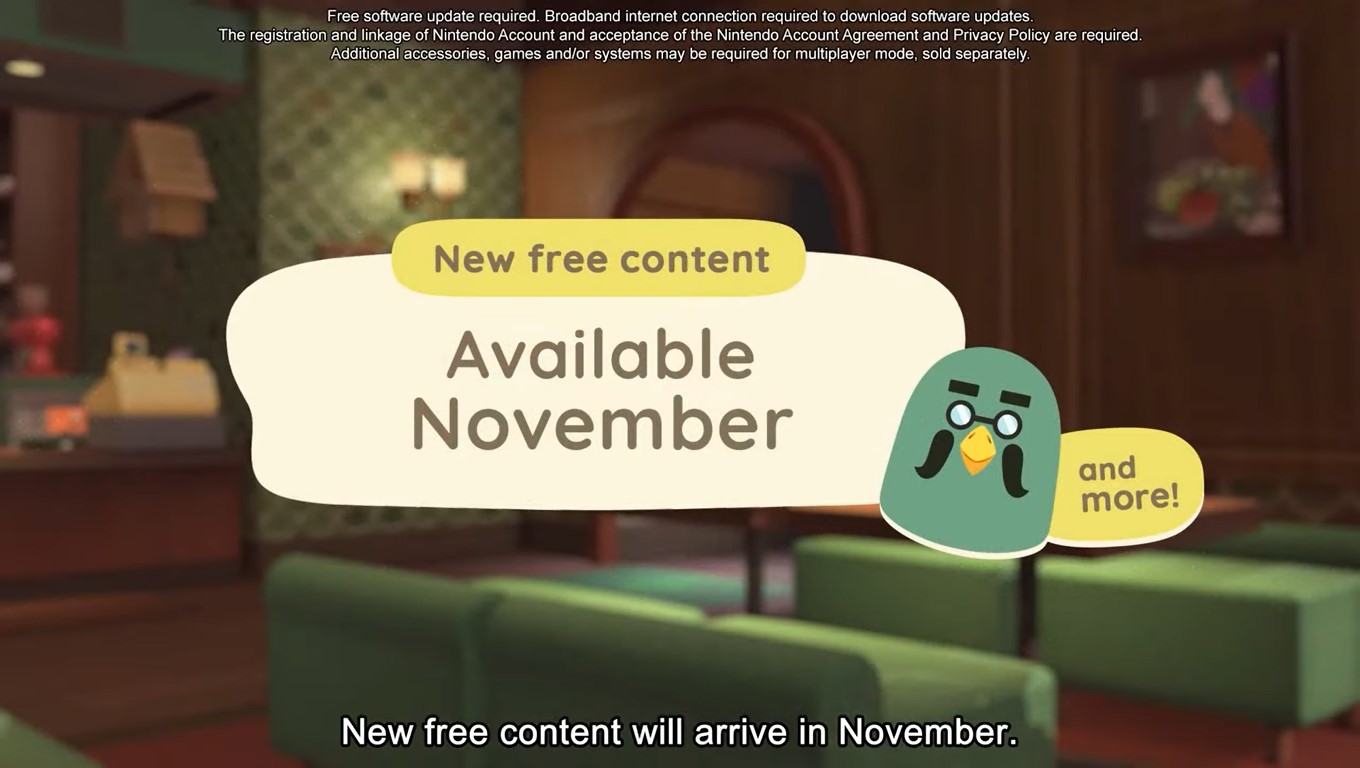 At long last The Roost is set to become part of Animal Crossing: New Horizons but the full reveal of the next update won’t be until October.

It’s impossible to talk about Animal Crossing: New Horizons without pointing out how bizarrely incompetent Nintendo has been about updates for it this year.

Thanks to lockdown the game is one of their biggest hits ever and yet it hasn’t had any substantial updates for almost a year now, and even the new one announced during Thursday’s Nintendo Direct isn’t till November.

No doubt they’ve been slowed down by the pandemic, but in a series where a new set of bedroom furniture would be seen as a major update it’s almost inconceivable that they haven’t been able to get anything else out until now.

The main reveal for November’s update won’t be detailed until a dedicated Nintendo Direct next month, so we don’t really know what else might be added other than The Roost cafe – although that does seem to be the focus.

The cafe has appeared in most of the other Animal Crossing games and is usually part of the museum, which seems to be the case here as well.

It’s also often the setting for K.K. Slider’s musical performances, but he’s already got a spot elsewhere in New Horizons, so it’s not clear what exactly the cafe will be used for, other than buying a coffee and trying to get a conversation out of proprietor Brewster.

In most of the other games special characters would turn up at the cafe, that you could talk to in a more casual manner than when outside, and there was also a chance to work behind the bar to earn coffee beans and rare furniture.

In Let’s Go To The City on the Wii you could also store your gyroids there. Apart from a cameo when building slopes and bridges, gyroids aren’t in New Horizons, so this may be used as an excuse to add them.

Whatever else may, or may not, be in the November update there don’t seem to be any other clues in the brief teaser, but hopefully there are some other surprises too.