Best Buy is tugging on the strings of every Monster Hunter collector by offering a free steelbook with the Monster Hunter Rise Deluxe and Collector’s Editions for Nintendo Switch. The Deluxe package costs $69.99 and pre-orders are now available.

Freebies are hard to come by, so when fans spotted a free steelbook listed next to Monster Hunter Rise’s imminent release, they were sold. Some have even acknowledged Best Buy’s western offer as a response to Japan’s earlier release of the Special Edition Monster Hunter Rise Switch and controller. It was frustrating to see a one-of-a-kind Switch release be contained to eastern soil, however, fans in the west have other bonuses to look forward to now.

The Deluxe Edition comes with a physical and digital copy of the game on Nintendo Switch – featuring new additions to the franchise including the Wirebug mechanic, new monsters, and new hunting partners: the Palamutes – along with two extra perks. The aforementioned “Scanavo” steelbook features colorful artwork for an eye-catching collector’s piece – worth $19.99 – and the additional pre-order Bonus pack comes with the following: four gestures, a Kabuki face paint, a Samurai pose set, a ‘Fish Collar’ Palico layered armor piece, a ‘Izuchi Tail’ hairstyle, a ‘Kamurai’ Hunter layered armor set, and a ‘Shuriken Collar’ Palamute layered armor piece. 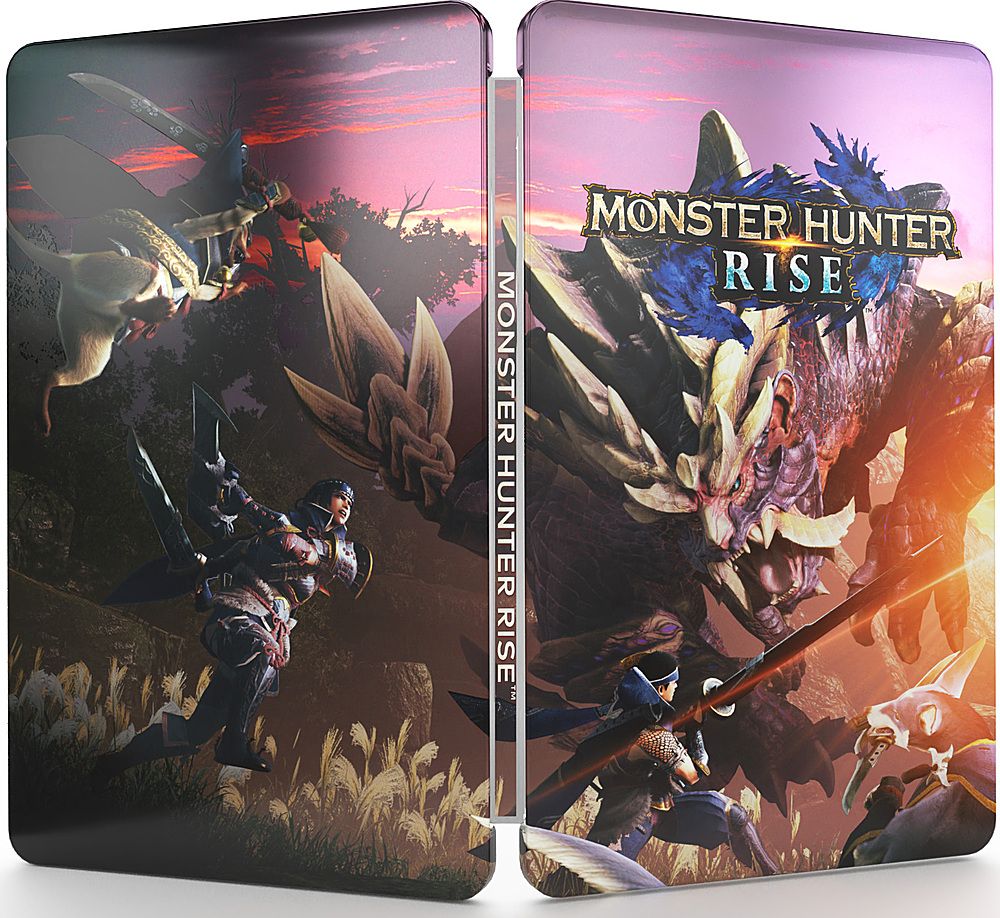 Best Buy’s Collector’s Edition on the other hand, is a neat $99.99 with a satisfactory pack for hunters. In addition to the steelbook and Bonus Pack, collectors will be able to get their hands on a Kamura Mark Enamel Pin Set, a Sticker Pack, and a beautifully designed Magnamalo Amiibo – which will unlock a special layered armor and entry into a daily lottery to win a variety of handy items. Pre-orders are currently unavailable on this offer due to the overwhelming amount of orders from the first wave, but we don’t mind waiting a little longer for these additional goodies.

Another bit of frustrating news for western fans came when Capcom Japan announced it was partnering with 7-Eleven convenience stores to give away a special limited edition gold set of Amiibos. The offer lasts until April 11, but it will be relatively hard to come by for non-native fans.