Baldur’s Gate 3 is the long-awaited sequel to the critically acclaimed Baldur’s Gate series. Whilst still in Early Access, Baldur’s Gate 3 has certainly made impressions and continues to chug along to its inevitable-yet-unannounced release date. New classes, new systems, and performance improvements are just the beginning.

If you are impatient and want a piece of the action now, then you have access to a fair chunk of content, and a respectable roster of classes to mess around with. One of which is the OG magic user of Dungeons And Dragons, the Wizard. These Masters of Magic dominate the battlefield with all manner of powerful spells – but which ones are the best?

Baldur’s Gate 3 is still in Early Access and is therefore subject to change. We will update this list accordingly. 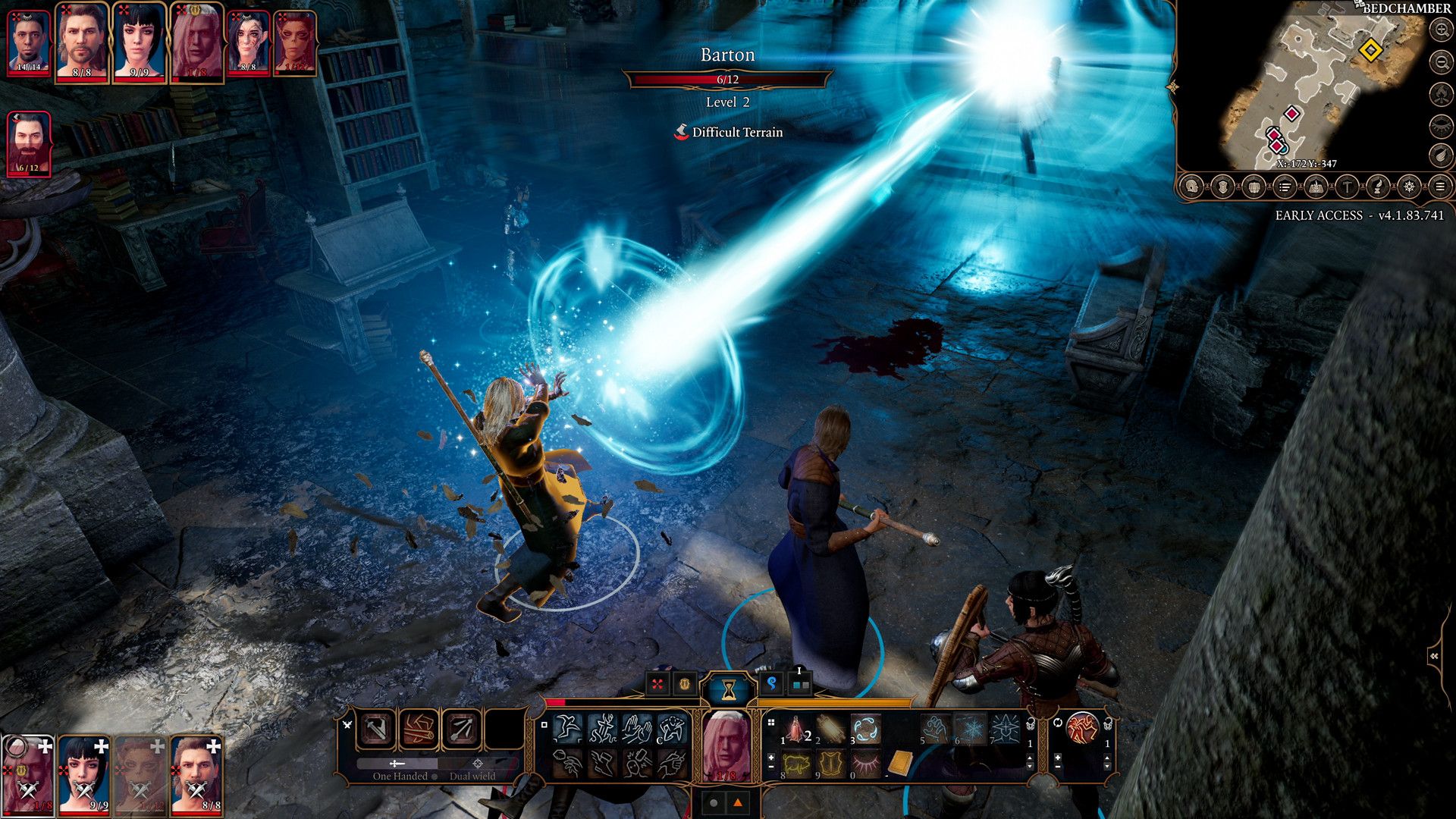 Ray Of Frost is just an all-around great spell to have in your tool belt. For Cantrips, very few come close to its utility. Ray Of Frost operates very close to its ‘pen and paper’ counterpart, slashing the movement speed of any enemy hit. Where it differs, Ray Of Frost actually surpasses its original incarnation as it also leaves a pool of ice that can trip enemies who move over it.

When it comes to raw power, Ray Of Frost is no slouch either, coming in with a respectable D8 worth of damage. This is more than enough to seriously injure early-game enemies, and it makes Ray Of Frost a viable tool for chipping away at beefy foes in prolonged combats. Overall, a truly excellent spell. 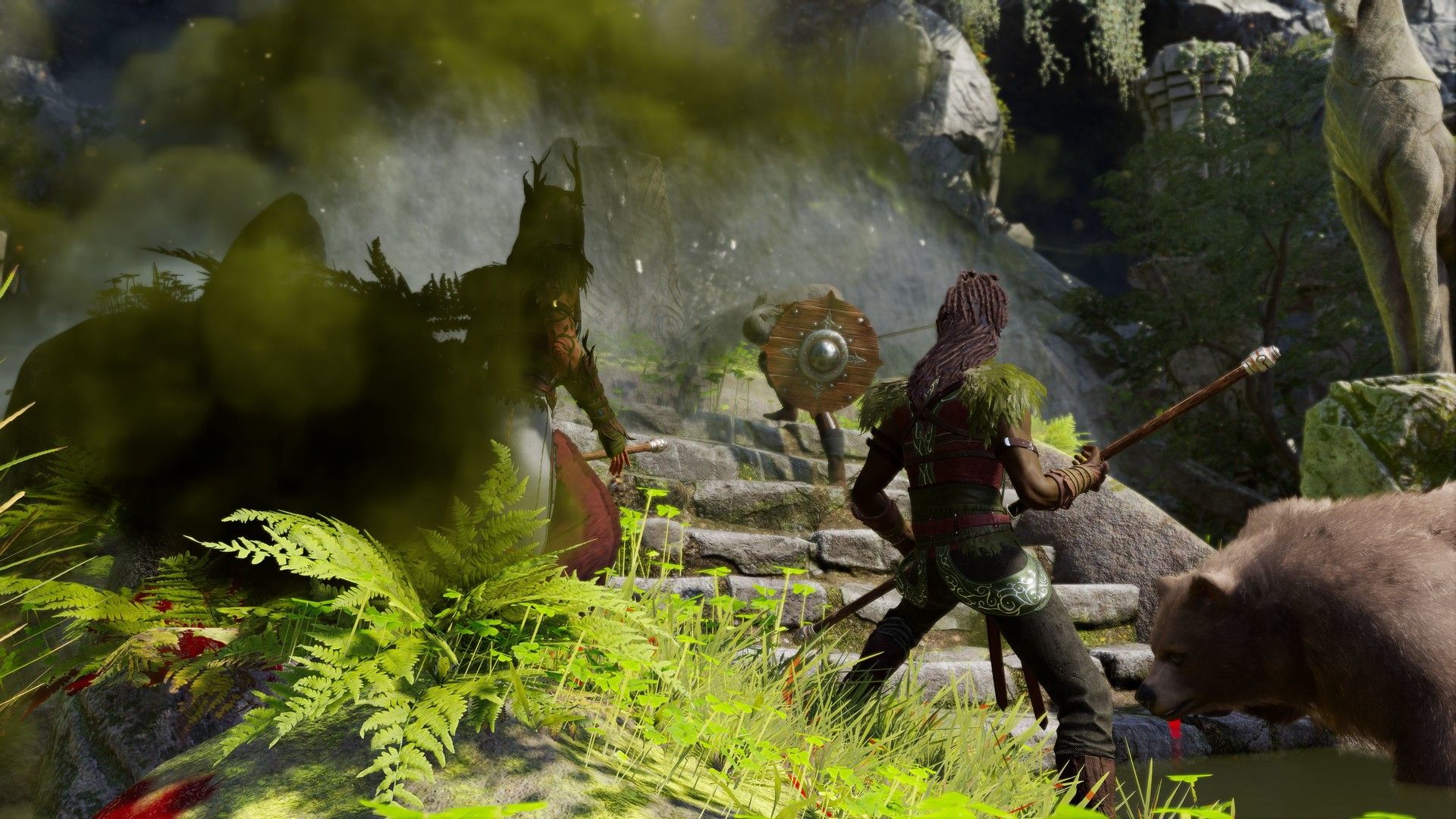 Acid Splash is not quite on the same level of power or utility as Ray Of Frost, Acid Splash still ranks as one of the best Cantrips available to the Wizard. In terms of damage, Acid Splash leaves a lot to be desired, coming in at only D6. However, it makes up for that by being an AOE attack that can chip away at multiple enemies.

Where Acid Splash comes into its own is its ability to apply ‘Acid’ to enemies hit. If afflicted, enemies receive a -2AC penalty, making them an easier target for the rest of your team. This can be quite a substantial swing in the early game and continues to be useful later on. This is especially true since Acid is not a common Resistance. 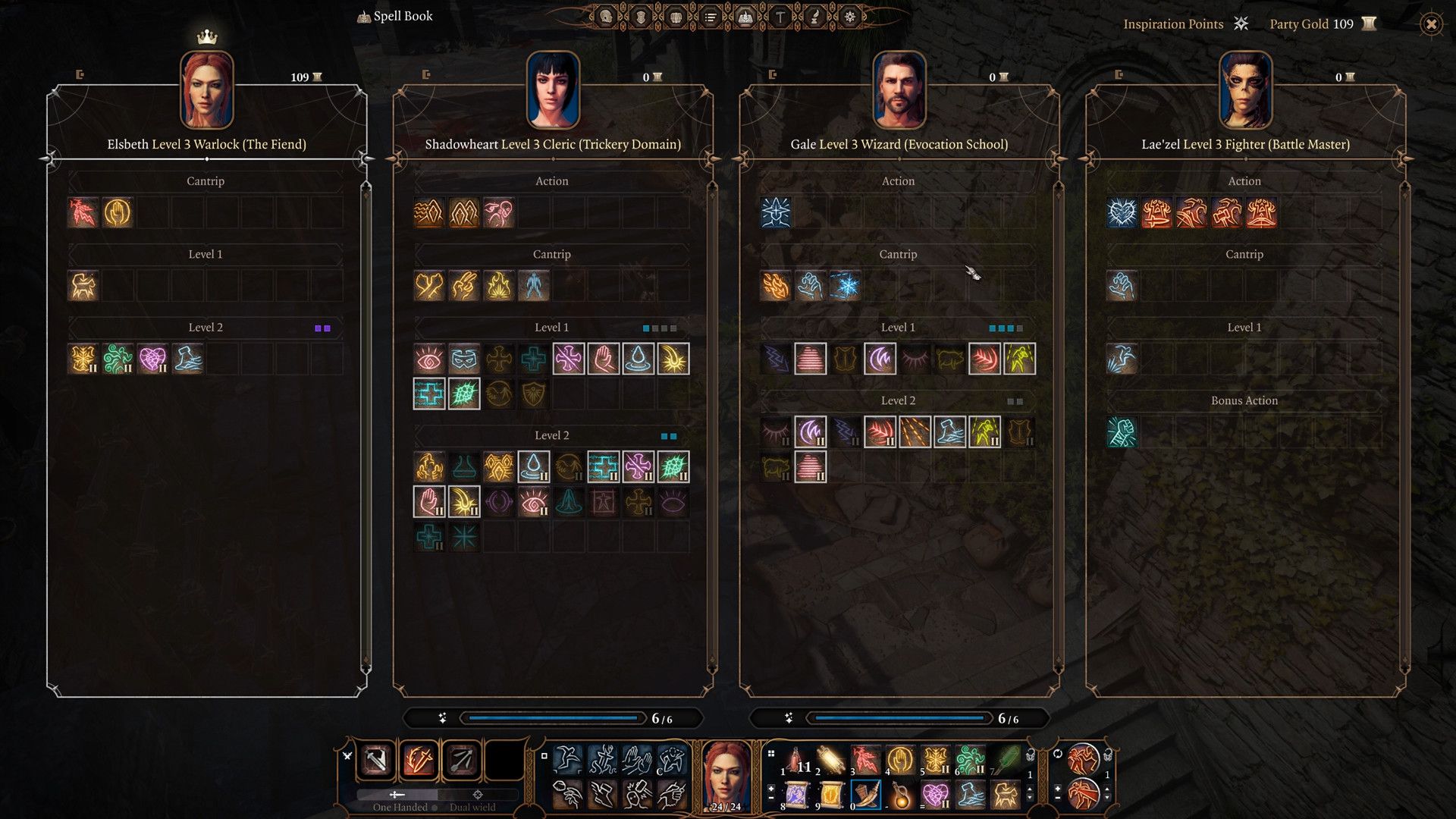 Magic Missile is as good as it is legendary. Magic Missile has been in memed-on for decades, and it is arguably the most recognisable spell in all of fantasy – let alone Dungeons and Dragons. What makes Magic Missile so good is its ability to scale, which gives longer legs than most spells in this category.

Magic Missile launches a number of projectiles at any number of enemies (level dependent). Each Missile deals decent damage, and you gain more missiles the stronger you become. Not only that, but you can focus them all onto one target for massive damage. What Magic Missile loses in utility, it makes up for in raw power and scalability. 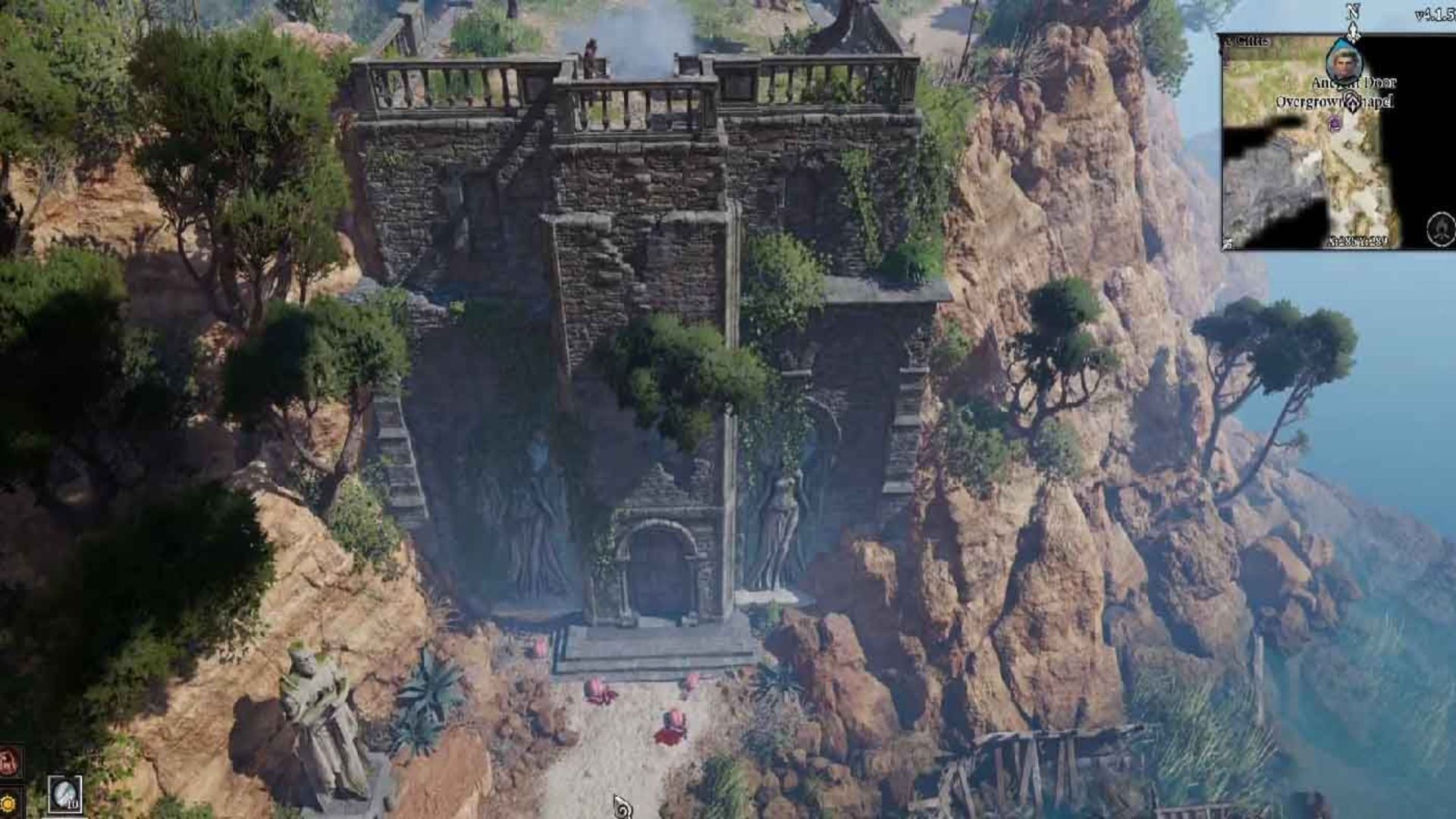 Thunderwave is not likely to make waves (pun intended) in regular Dungeons and Dragons. Its damage is respectable, but that’s really all it has going for it. In Baldur’s Gate 3, however, Thunderwave is easily one of the best spells in the entire game, and it's likely to stay there once it leaves Early Access.

This is because Thunderwave inflicts AOE Knockback. This is huge in Baldur’s Gate 3 because there are ledges everywhere. Elevation is incredibly important in combat, so being able to launch enemies off their perch, knock them prone, and deal damage (both from the spell and the fall) is rarely not useful. 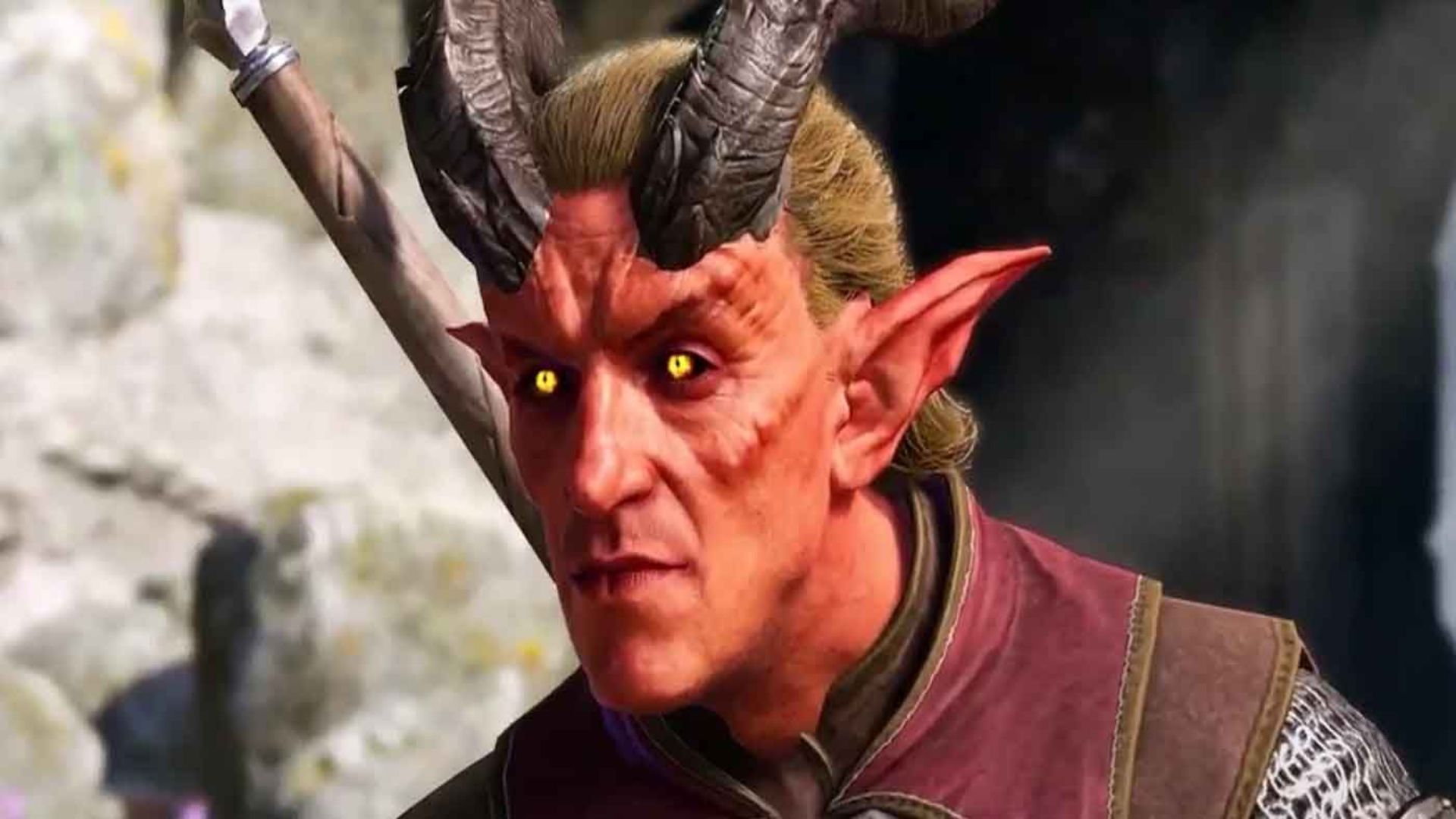 Hold Person is either completely useless or borderline broken based on the situation you are in. It locks enemies down, makes them unable to act, gives all attacks against them a sweet advantage bonus, and you automatically Crit with every hit. This spell is truly ludicrous when fighting just about anything.

The downside rolls into view when you start to look at the definition of ‘person’. That’s right, Hold Person only works against Humanoid opponents. If you are fighting literally anything else, this spell does nothing. This holds it back somewhat, but despite that, it should always be in your back pocket for those instances where it will tip combat in your favour. 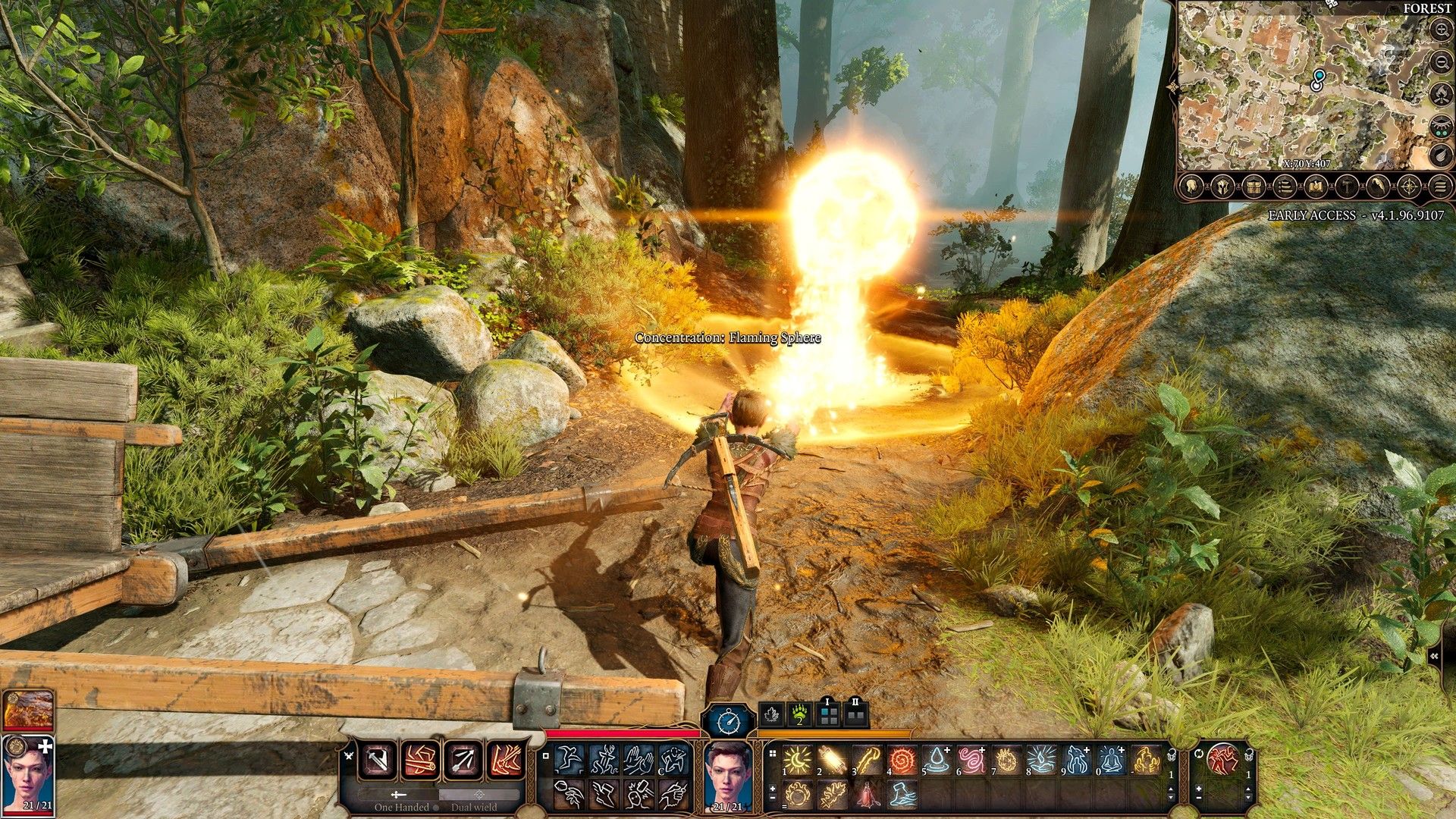 Scorching Ray is nothing special. It’s just a damage spell. What makes it great is that it deals a lot of damage, and like with Magic Missile, you have a lot of freedom in how you direct its damage.

Scorching Ray fires out three damaging rays that deal 2D6 damage a pop. You can focus them all on one enemy for massive damage (6D6), or spread them out across two or three enemies. If you want to deal a lot of damage, then look no further than this spell. It will satisfy even the most power-hungry of Wizards.