Atari 50: Anniversary Celebration has over 90 retro games – and some new ones 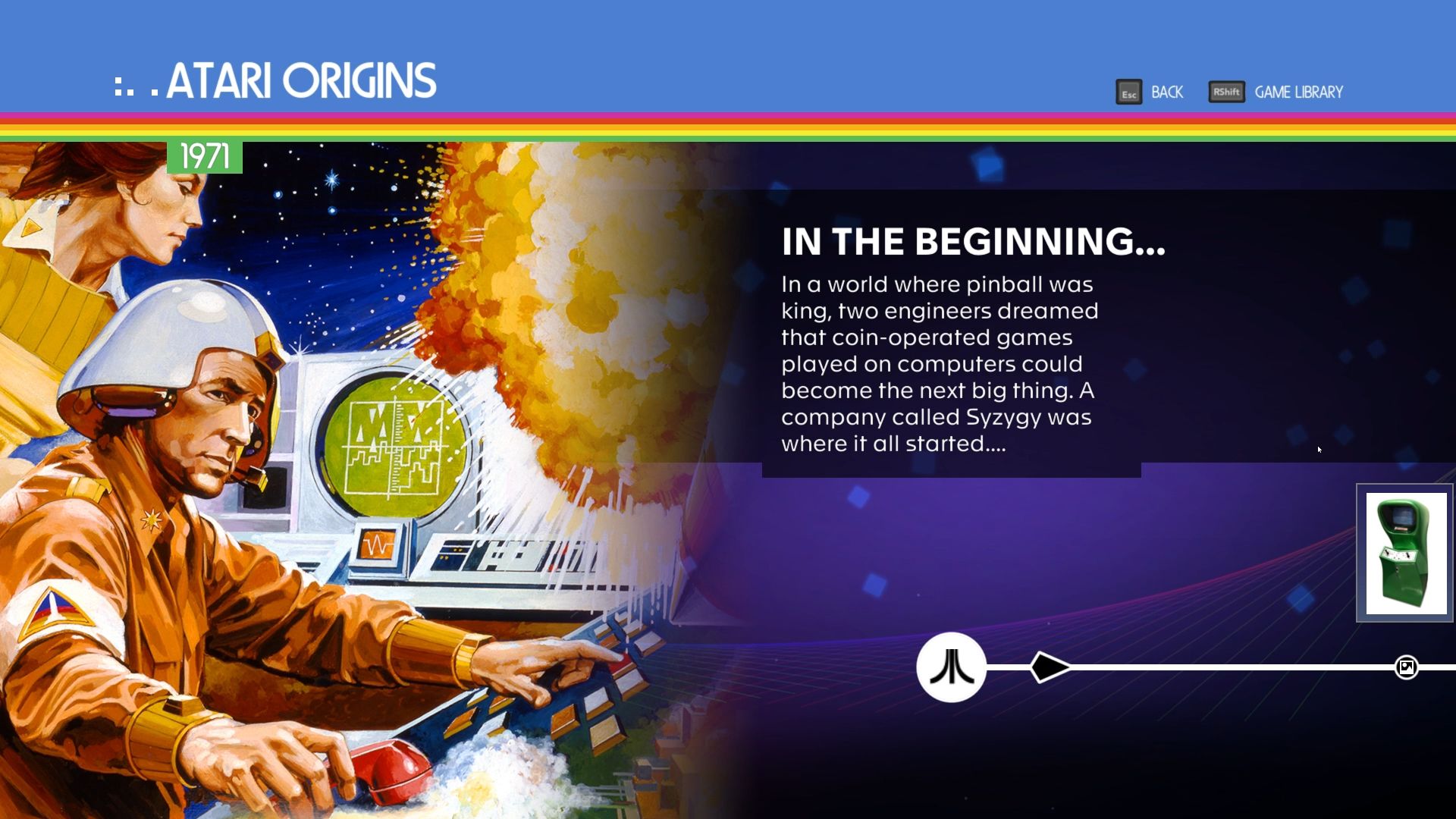 One of the oldest video game companies in the world is celebrating its Golden Jubilee, with an ‘interactive museum’ of greatest hits.

Nintendo as a company might be over 130 years old but obviously they weren’t making video games for all of that time. Atari, though, was founded on June 27, 1972 and all it’s ever done is make games.

As many fans know, the Atari of today isn’t really the same company, with a bewildering number of firms, including what was French publisher Infogrammes, owning the name and back catalogue of games at various times.

Atari isn’t the same company it was 50 years ago, either figuratively or literally, but its birthday is still an important milestone for the whole industry and it’s being celebrated with a new compilation of retro titles… and a few new ones.

Unlike many retro compilations, that are often minimum effort affairs that offer no context or behind the scenes information, Atari 50: The Anniversary Celebration is promising to be the opposite, with a detailed examination of Atari’s influence on the games industry and over 60 minutes of filmed interviews.

The emulation will be handled by Digital Eclipse, who worked on retro compilations such as the Street Fighter 30th Anniversary Collection and The Disney Afternoon Collection.

They haven’t confirmed what all the games are yet but in amongst the retro titles will be six new games, including Yars Revenge Reimagined, which recreates the original game with modern graphics, and Neo Breakout, which adds a two-player mode.

There’s also Airworld, which is intended as the long lost fourth chapter of the Swordquest series, and Vctr Sctr, which combines gameplay from a number of different vector graphics game into one title.