The Tombs of the Fallen are hidden dungeons filled with parkour segments, challenging puzzles, dangerous traps, and valuable loot in Assassin's Creed Valhalla. These four tombs were added in a post-launch update, so whether you're jumping into Valhalla for the first time, or stepping back in after a while, we've got everything you need to know.

The four Tombs of the Fallen were used to bury Briton's heroes of old; the various kings, queens, and nobles who defended the country from the Roman invasion. These heroes include the engineer Manius, Queen Boudicca, King Cassivellaunus, and King Venutius. Finding and completing each tomb gives you both a cutscene with the spirits of these ancient heroes, but also a piece of the Fallen Hero armor set. 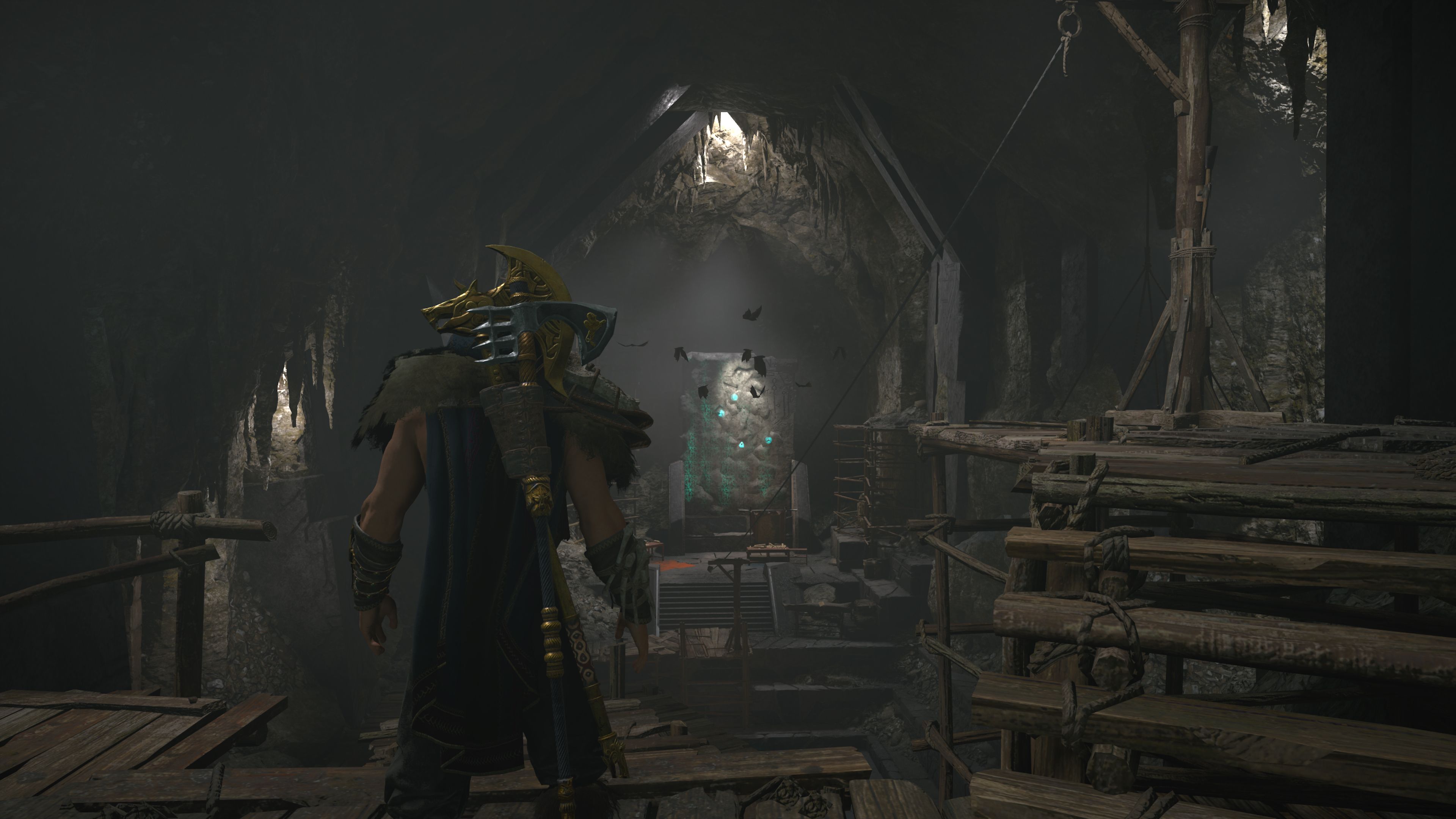 Manius's Tomb is the first you'll encounter as part of this quest. It's also the only tomb that you need to find before approaching the others, as the other three won't appear before you find Manius'.

The tomb is located just opposite your settlement, Ravensthorpe. Take a canoe or swim across the river that Ravensthorpe rests on. Once you reach the land on the other side, use your raven to scout from above. Run up to the energy until you find markings on the terrain, then interact with it to unlock the entrance.

While using your raven, the entrances to the Tombs of the Fallen will be immediately recognizable, as they'll be marked with a kind of blue, swirling energy.

Once you've done both, a door to the central tomb will open. This is a large room with a locked door to the left and a giant stone map on the far end. The stone map has three blue markers on it, noting the locations of the other tombs, though it can be a bit tricky to decipher on the block of stone. Pick up the key in front of the stone map to unlock the door and receive the Fallen Hero Cape.

After completing Manius's Tomb, you can approach the remaining three tombs in any order you like. 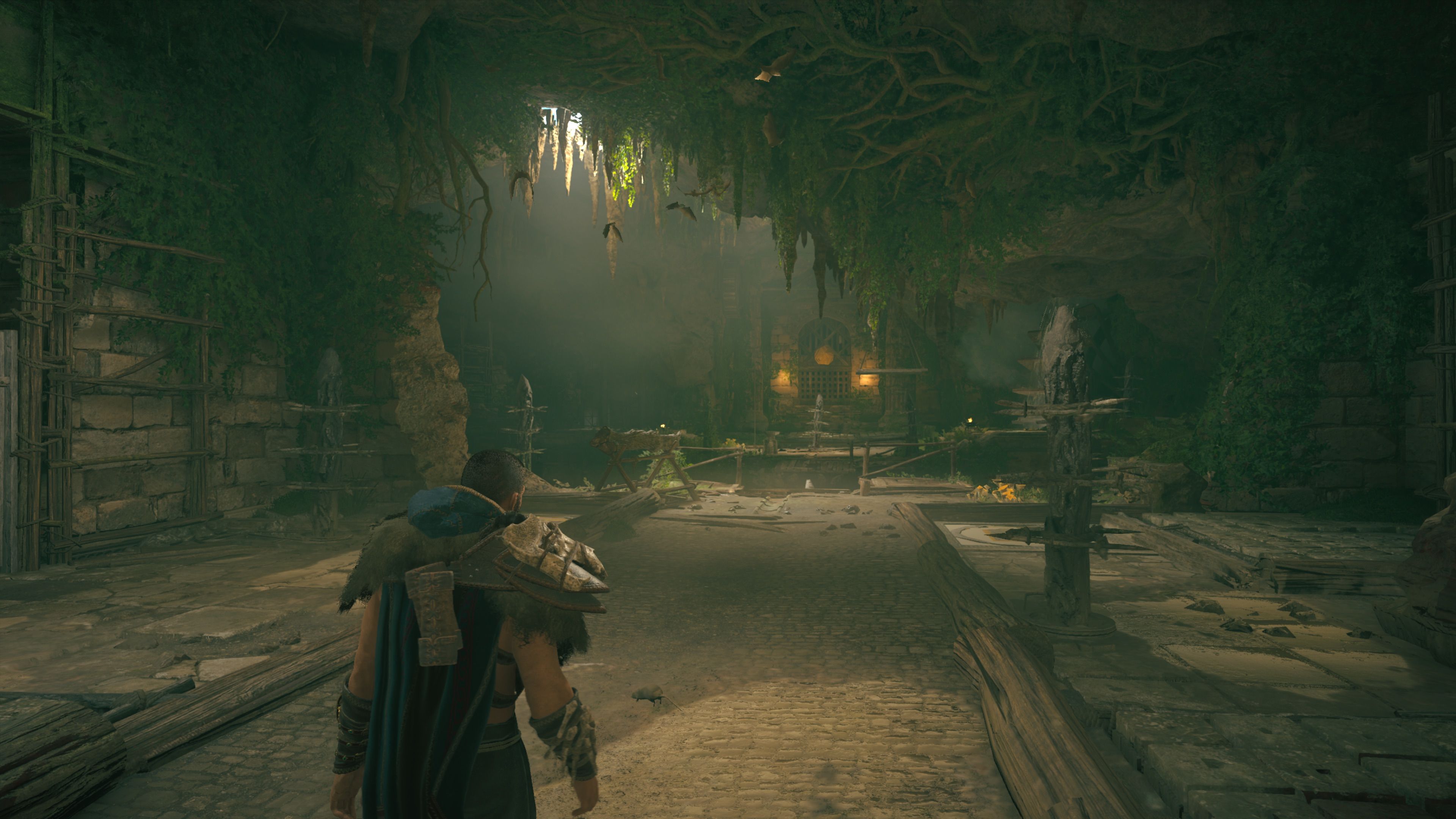 Boudicca's Tomb is located in the region of East Anglia. Fast Travel to the Elmenham port, if you've discovered it, and cross the river to reach the tomb. As with every tomb, switch to your handy raven's perspective to find a flurry of blue energy around the entrance of the tomb.

Once you've made your way into the cave, and down a slope filled with deadly spikes, you'll be faced with a large room full of traps, deadly obstacles, and pressure plates. To the left, there'll be a room with a movable block – simply drag it out and place it on the pressure plate outside. Climb the wall to the right to find the second moveable block for that corresponding pressure plate.

After these two plates have been filled, you're free to cross the gap to the other side of the cavern. Climb the structure on the left to find a metal ball to fill the third pressure plate. The right side of the cavern has the last pressure plate. You'll need to escort another metal ball, but this time there won't be any little puzzles to solve, just a room of poison to run through. Make sure you consume the mushrooms on the floor to keep your health up.

Remember that you can throw the metal ball around if you need to get it over any obstacles without dropping it.

From here the gate to the Tomb's treasure will open, giving you the Fallen Hero Greaves and Bracer. 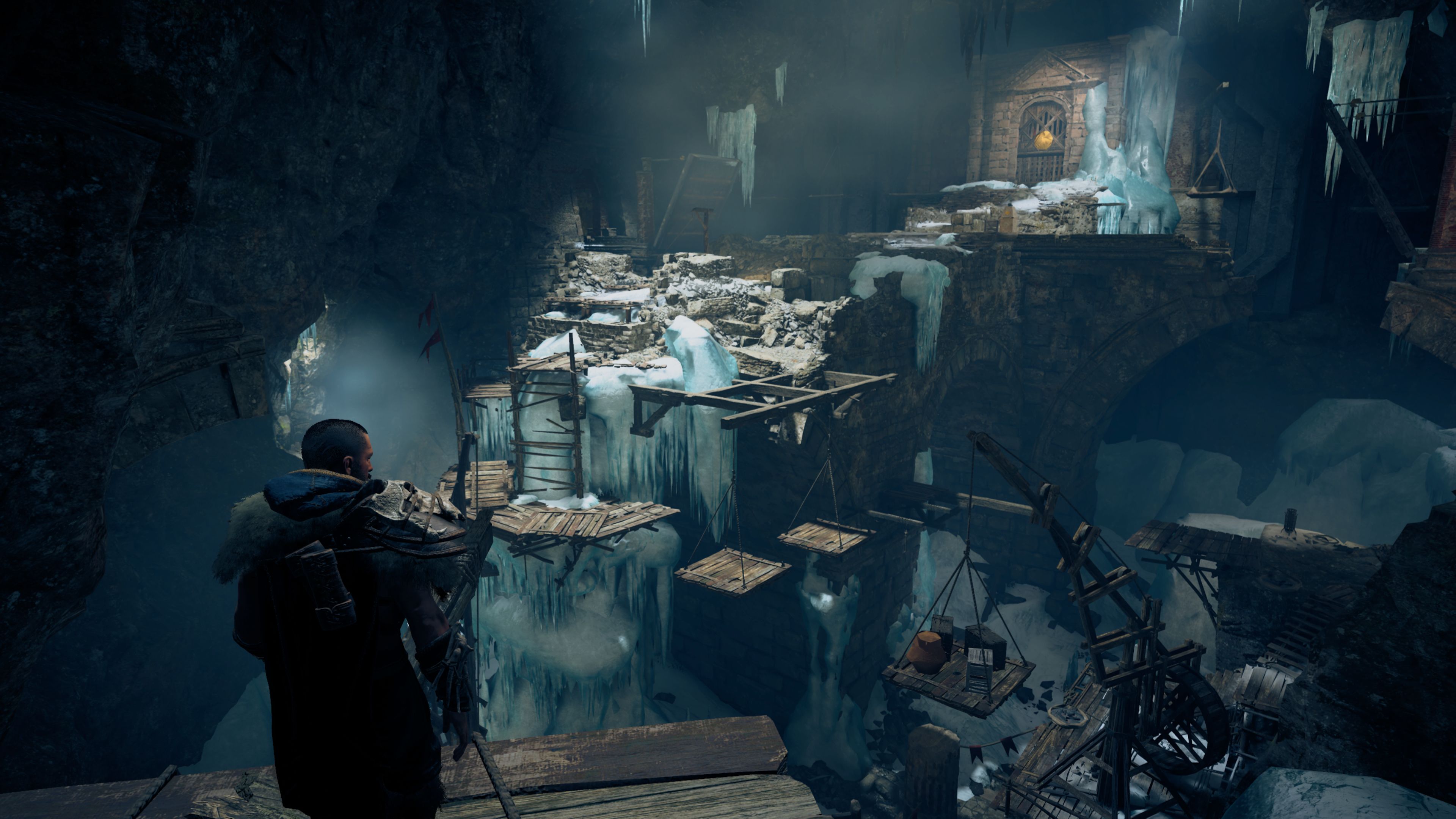 Venutius' Tomb is located in the centre of the snowy Eurvicscire region, just below a fast travel point. As always, switch to your raven when you're in the vicinity and follow the twirl of blue energy to find the entrance to the tomb. Interact with the runes on the terrain to reveal the entrance.

This tomb's main chamber has one big, central column with drawn bridges on either side. Before you climb up, run across the bottom of the main chamber to acquire another metal ball. Carry this up the central structure and place it on one of the pressure plates.

Once you're at the top, you can climb around the drawbridges and use your bow to shoot them down. It makes no difference whether you first go left or right. The left drawbridge will take you to a series of parkour obstacles and light physics puzzles that are pretty easy to solve. The drawbridge on the right places you in the middle of an icy walled maze. Thankfully, these sheets of ice can be easily broken so stock up on arrows and shoot away.

Using a bow and arrow to find your way out is preferable since there are a handful of inflammable barrels that will explode if you simply swing your way through these rooms.

Once you've filled the pressure plates on either side, the main gate should open, and you'll be able to obtain the Fallen Hero Helmet. 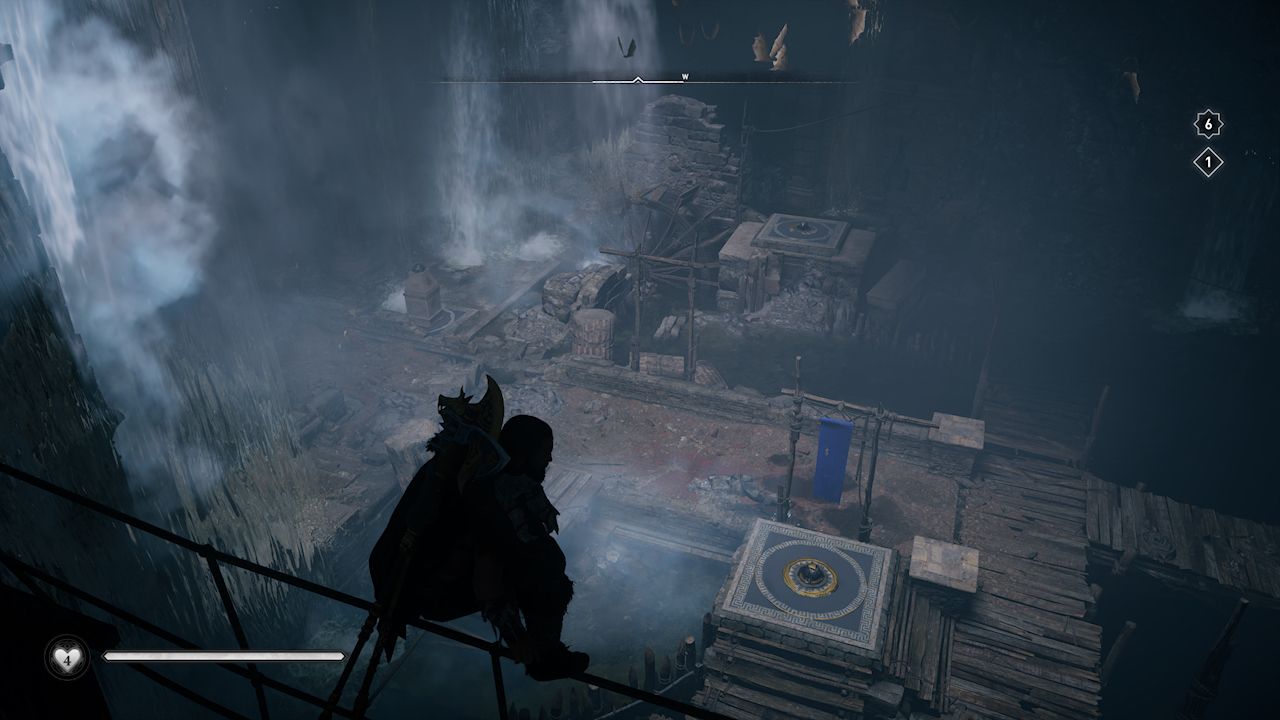 Cassivellaunus' Tomb is the final tomb in this series of side quests. It's located in the northern part of the Sciropescire Region. There will be a port that you can fast travel to directly above it on the map. Just like the other three tombs, make sure you switch to your raven to find the entrance to the tomb, signaled by a whirlpool of blue energy.

Once you've found the entrance, use the canoe to enter the main puzzle room. As always, there'll be a number of pressure plates that need to be activated in order to open the door to the treasure – these puzzles and challenges are relatively easier than the ones found in other tombs.

One of the pressure plates is behind the waterfall to the left. A second pressure plate can be found behind a crack in the wall on the right side of the room. Another plate is hidden in the dilapidated building on the left of the room. The front door will be locked, so climb around it and enter through the large hole in the roof. You'll find the key to the structure hanging off of the ceiling – use it to unlock the door before pushing the column out of the building and onto the pressure plate. The last pressure plate in this tomb is behind a smaller waterfall opposite the broken building.

Once all four pressure plates have been pressed, the door to the Fallen Hero Breastplate will open. You've successfully raided all four tombs, and possess the entire Fallen Hero armor set.