Assassin’s Creed Valhalla: Tips And Tricks To Succeed At Flyting

Flyting is one of the minigames you can play throughout the world in Assassin’s Creed Valhalla, and it can be quite tricky. It involves a series of lines that are meant to destroy the opponent and is comparable to a modern-day rap battle. You can usually bet money before taking on an opponent, and winning boosts your level of charisma.

There are a few tips and tricks you should keep in mind if you are having trouble winning your flyting matches. This guide will lay out the basics so you can be the most successful flyting Viking in Assassin’s Creed Valhalla! 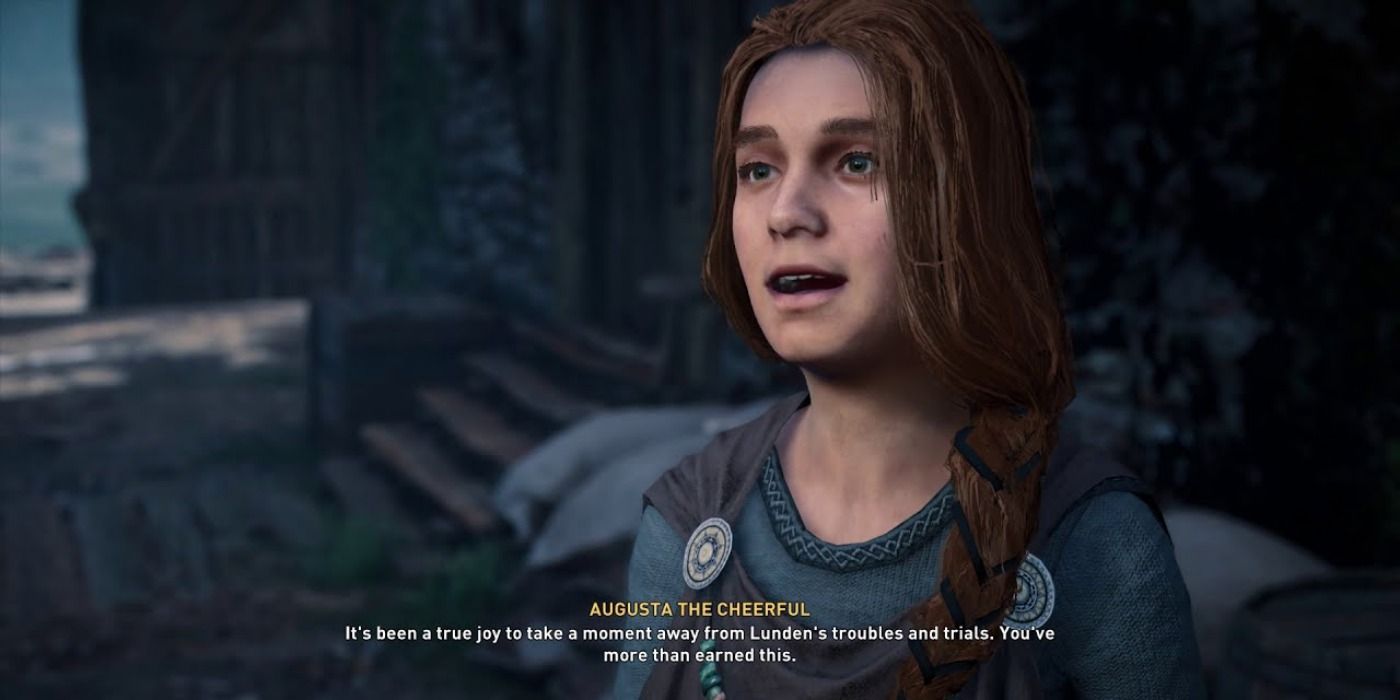 The rules are fairly straightforward and simple, as the goal is to pick one of the three phrases to best your opponent. Usually, this means ripping them down and picking apart their features or personality. There are a few matches though where this changes, and one example of this is Lunden where Augusta the Cheerful changes the rules to trade compliments rather than insults. Make sure to note these rule changes so you can get the most out of the game.

Listen To The Words 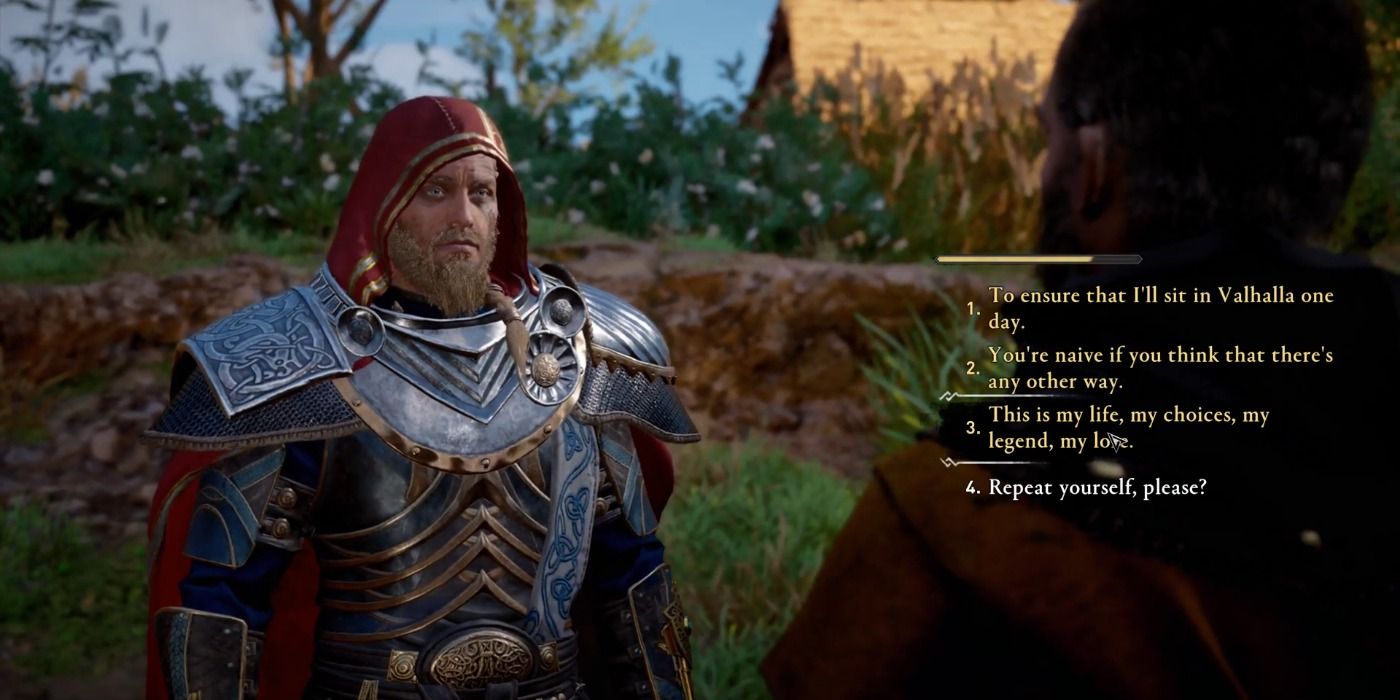 Focus on the words within the lines that your opponent speaks, as this will help you decide which line you should choose. Sometimes two of the lines will appear to be correct, but when you go back and read into the words your opponent spoke, it will become clear which one is the right reply.

For example, an opponent says “You have one life to live, so why throw it all away?” and two choices look plausible. Eivor could respond that they are naive, but after reading into the words the stronger response is “To ensure that I’ll sit in Valhalla one day.”

Match The Rhythm And Rhyme 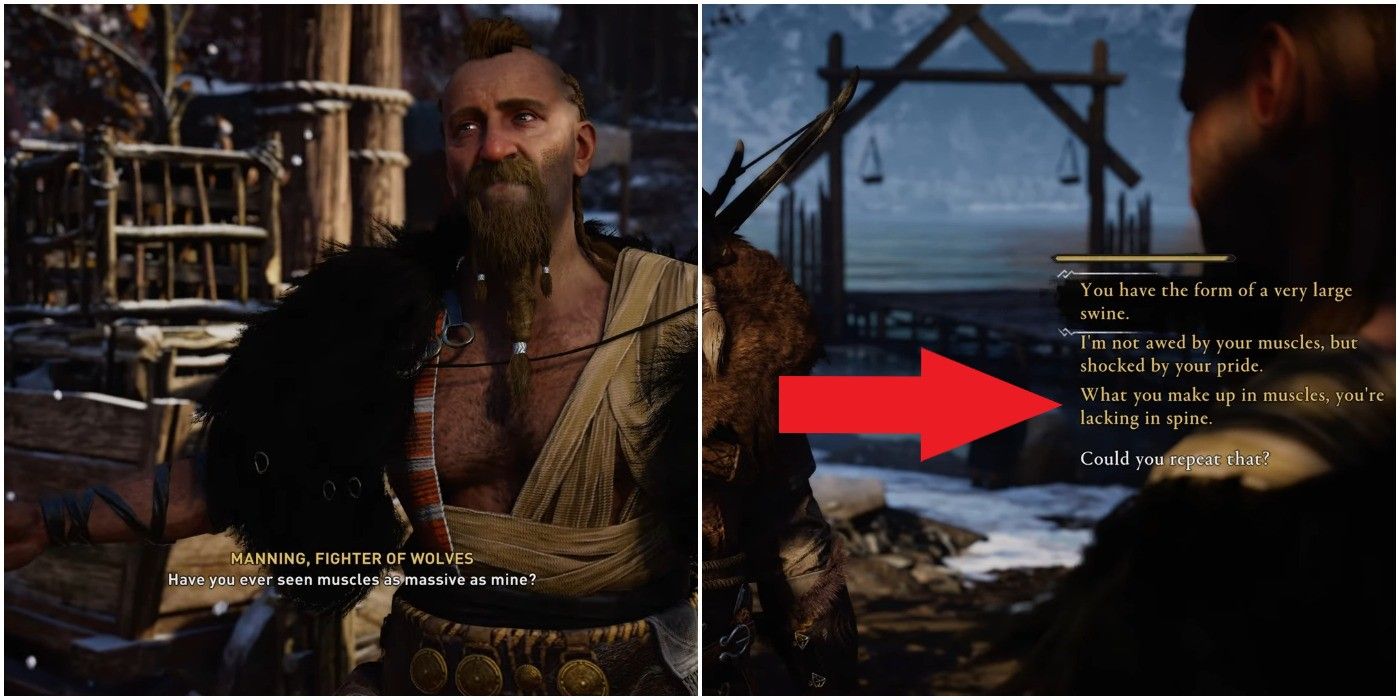 The lines that your opponent speaks will follow a pattern of rhymes and rhythms, both of which you should mirror. You want to ensure that the syllables in the words themselves match, as well as the flow of the line which you choose to speak.

Your Opponent Can Repeat Their Line 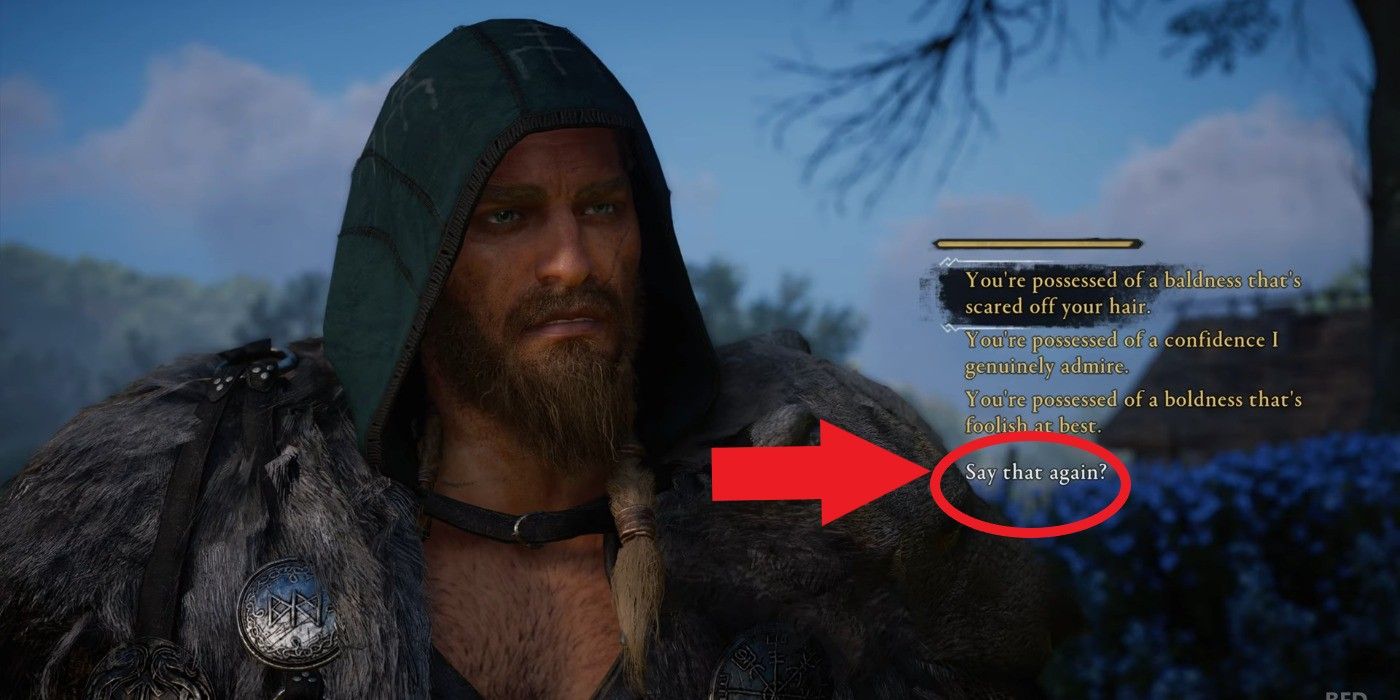 If you are confused about which line to choose you can always ask your opponent to repeat themselves. They can repeat it as many times as you would like, and sometimes it is also helpful to turn on your subtitles for these matches. It can be useful to see and hear the words in order to make a decision.

Manually Save Your Game 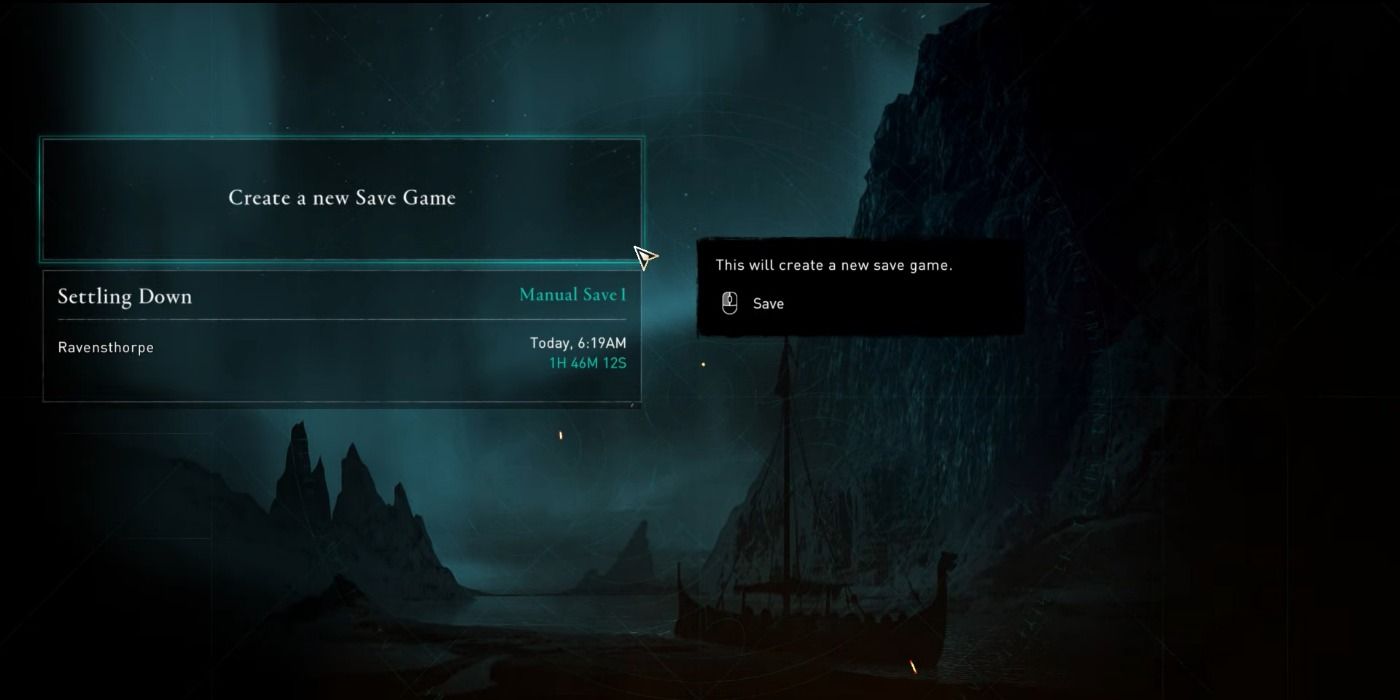 If you find that flyting really isn’t your thing and the words confuse you more than anything, there is always the option to manually save the game right before starting a match. This way ensures you don’t lose any of the precious coins that you were going to use to buy an underrated weapon in case you end up failing numerous times due to choosing the wrong sayings.

Next: Assassin’s Creed Valhalla: 10 Choices That Don’t Matter (But Seem Like They Do)