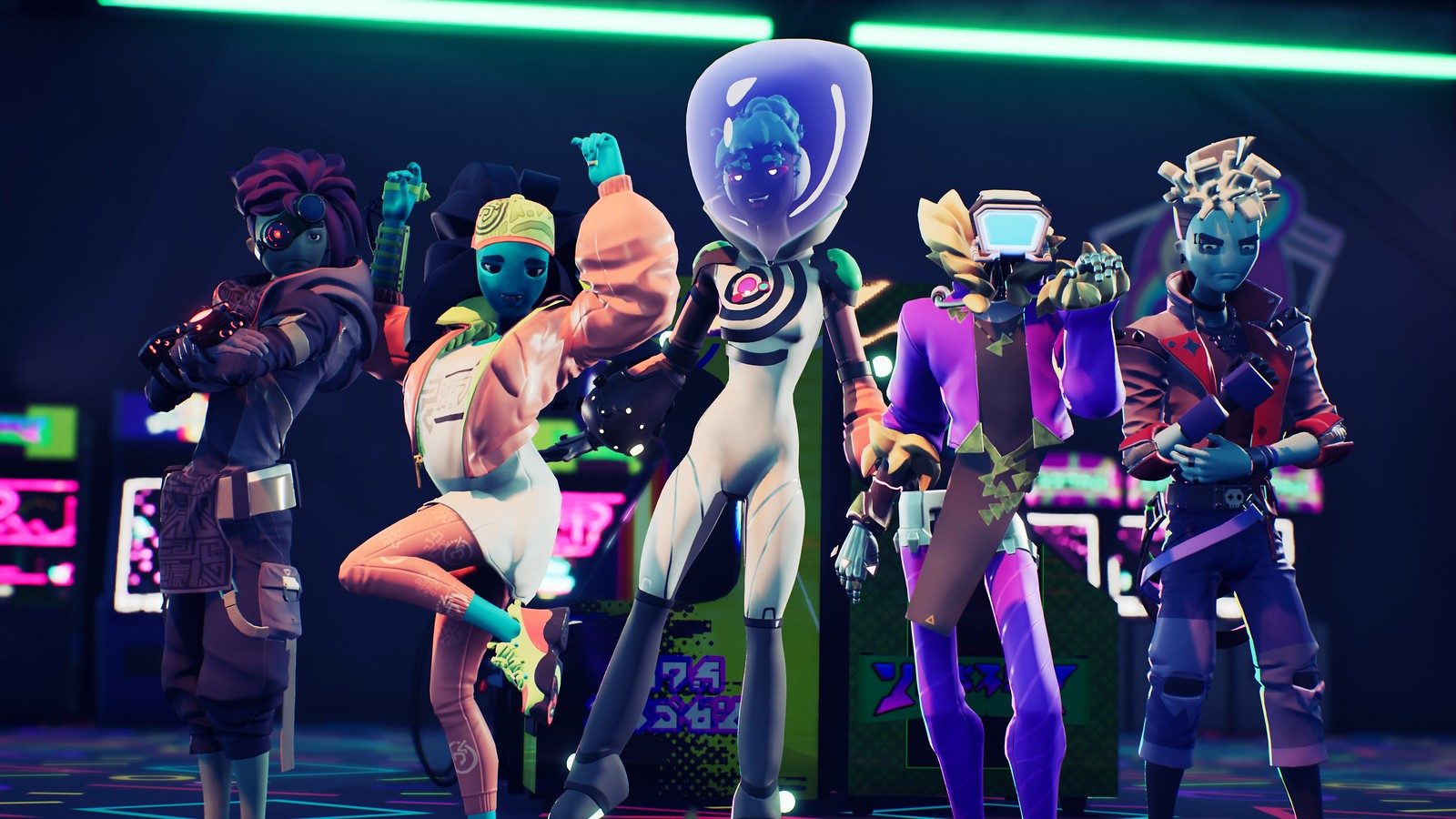 The developer of State of Play debutant Arcadegeddon has shared a bit more on what the game’s about and how much it costs.

During last night’s State of Play, a new multiplayer shooter from Illfonic, the studio behind the Friday The 13th game and Predator: Hunting Grounds, was announced called Arcadegeddon.

While it certainly had a unique sense of style, the brief trailer meant details were thin on the ground. Thankfully, Illfonic’s Jared Gerritzenhas taken to the PlayStation Blog to provide a slightly more thorough explanation.

Influenced by 90s punk rock band Gorillaz and The Muppets, Arcadegeddon sees local arcade owner Gilly taking all the top arcade games and combining them to create some kind of super game. When the megacorporation Fun Fun Co. hacks the game and injects a virus, it’s up to the players to somehow save the game and the arcade.

As for what exactly you do in the game, details are still a bit scarce. The long and short of it is that Arcadegeddon is a co-op multiplayer game where teams of up to four can explore various biomes, play mini-games, and fight enemies and bosses.

While it is ostensibly a multiplayer game, with there being PvE and PvP modes, it is possible to play the game solo as well. You’ll also receive challenges from the nine different street gangs that hang out at the arcade, and completing these will reward you with cosmetic skins and new Surge Gauntlet Abilities (whatever those are) to help you with fighting enemies.

If these details are still too vague for your liking, Arcadegeddon is available to download right now as an Early Access game for PlayStation 5 and PC via the Epic Games Store. However, one thing both the trailer and PlayStation Blog failed to mention is that there is an entry fee of £15.99.

An FAQ adds that the price will increase once the full game launches and, while Arcadegeddon will receive updates throughout its early access run (which is expected to last for seven months), any progress made may be wiped at any time. So, chances are you’ll have to periodically start over from scratch.

It’s obviously too soon to gauge how popular Arcadegeddon will become, but some of this info not being shared up front is likely to cause some unnecessary friction.

Arcadegeddon releases for PlayStation 5 and PC in 2022.