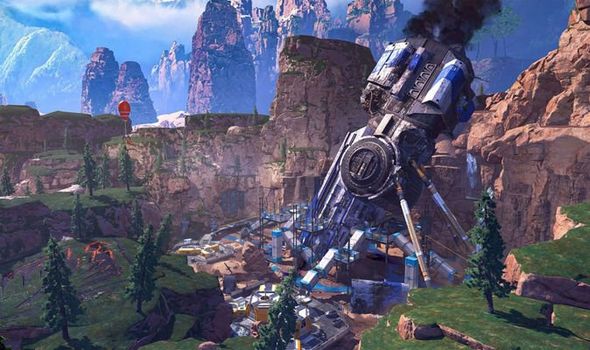 This is set to go live with the Chaos Theory event, a Collection event that will include map changes and new cosmetics to unlock.

The Caustic Takeover will be one of the easiest to spot, with Respawn planning a “new dominant mousetrap with lots of high-quality loot that beckons all Legends who seek the glorious cheese.

“Where Water Treatment once stood, the new Caustic Treatment was constructed to prevent the Crash Site fuel spill from reaching the ocean. Or was it?

“Forever the scientist, Caustic has set out an experiment that requires “test subjects” to drain the toxic liquid from the centre of the facility. Doing this temporarily grants access to four gold loot items locked in cages.”

The Chaos Theory event will also make it possible to play Apex Legends in a solo role, without teammates.

The one downside to this will be facing those who haven’t taken the option, as the new Solo Queue will only be available on team servers.

WHEN IS THE APEX LEGENDS UPDATE TIME?

Developers Respawn Entertainment has confirmed that the Apex Legends update time has been scheduled for Tuesday, March 9, at 6pm GMT.

The Chaos Theory Collection Event launches on PC, Xbox, and PlayStation at 10am PT on March 9, but that won’t include Nintendo Switch.

The big rollout on Switch will be happening later, with Respawn telling fans this week: “Nintendo Switch players can jump into the Chaos Theory Collection Event the evening of March 9th, when Apex Legends officially launches on the platform.

“Since we’re launching a few weeks after the start of Season 8, Switch players will be granted 30 free levels for their Season 8 Battle Pass. For the first two weeks after launch, playing on Switch will also earn you double XP.

“Plus, to celebrate Switch players and welcome them to the arena, we’re also launching a Legendary Pathfinder skin (called P.A.T.H.) as a free reward for players who boot up Apex Legends on Switch between the game’s launch and the end of Season 8 – Mayhem (May 4th, 2021).”

The Nintendo Switch version will include support for cross-platform play, the latest seasonal content, and full feature parity with the other versions of the game.

But what we don’t know is the exact time things will be kicking off on the Nintendo eShop.

There are a few times to keep an eye out for Apex downloads, with 7pm GMT a good prediction at this point.

And Respawn might offer further guidance on its plans in the coming hours, before the new Chaos event kicks off.

It should be noted that this week’s Apex Legends update will extend to other changes away from new content.

One of the main tweaks confirmed by Respawn is to Caustic, who will see its Nox Gas Grenade cooldown increased from 2.5 minutes to 3.5 minutes, while the Nox Gas damage will now have a flat rate of 5hp per tick instead of ramping up from 6hp → 12hp.

A message from Respawn confirms: “Caustic is brutally effective at slowing down engagements.

“The entirety of his kit revolves around gas with a large area of effect, slow, vision obstruction, and direct health damage. It’s proven to be too oppressive in too many scenarios especially considering teammates can play in gas relatively unimpaired. Significantly reducing gas damage (without taking it away completely or having it affect armor instead) seems like a fair compromise that stays true to the character while making him less oppressive on the receiving end. We will be monitoring the data and gameplay closely. If these changes hit Caustic’s appeal or effectiveness too hard we will revisit accordingly.”