AI: The Somnium Files – Nirvana Initiative embraces its visual novel structure by including many branching paths based on decisions you can make throughout the game’s story. Chapter three of Ryuki’s route features some decisions and opportunities for the story to branch, including a silly, optional secret ending that can be found by interacting with one of the game’s many background characters.

During the early investigation section of chapter three, you’ll have the option to visit a variety of locations in any order you want to talk to a few different suspects in the case. During this time, you can stumble upon this interesting hidden ending to the game, where our protagonist retires from crime-solving entirely to live a quiet life on the coast of Japan.

How To Reach The Destination Atami: Ending In Chapter 3 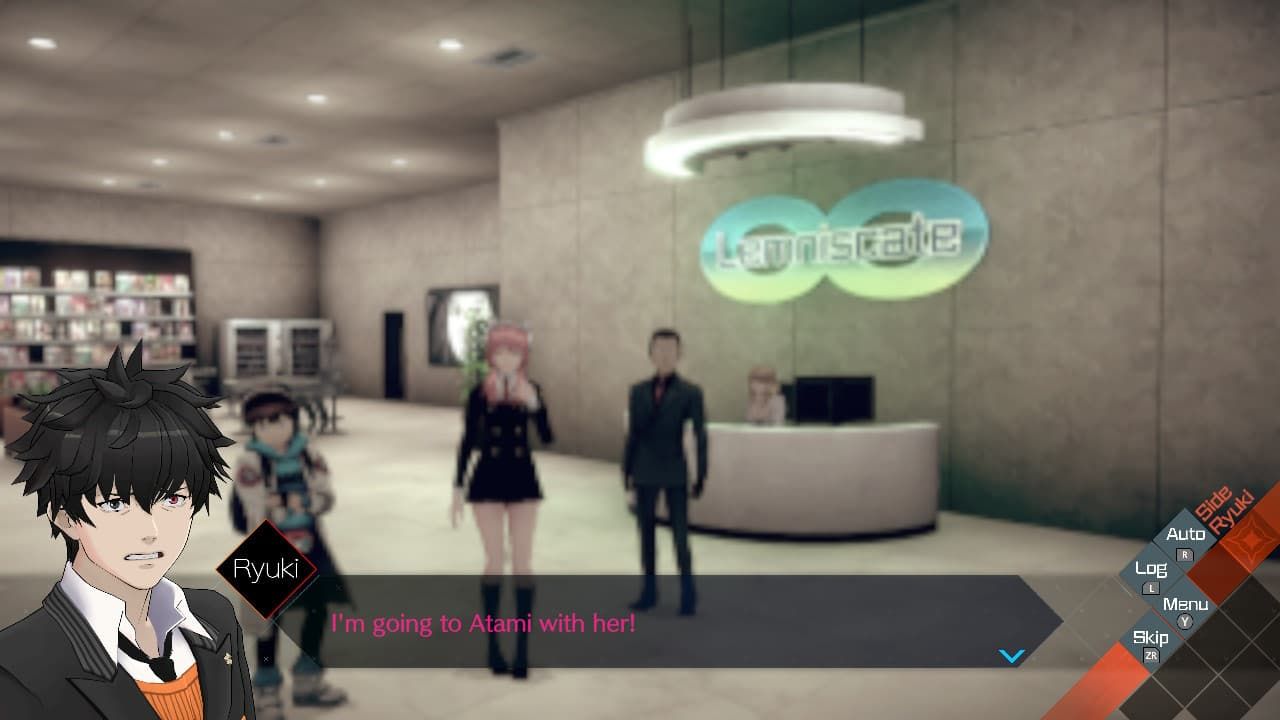 The key to finding this goofy ending in the game’s third chapter lies in talking to an unimportant character whilst dramatic events are unfolding near you during the investigation. To do so, you’ll need to head to the location Entertainment Agency Lemniscate before any of the other available locations.

If you’ve already finished chapter three and still want to see this ending, you can use the flowchart in the menu to access the investigation portion of this chapter and jump straight to the Entertainment Agency Lemniscate location.

If you were planning on progressing this chapter normally, this is the point where you would speak to Iris and her collection of fans about the case. However, to unlock this ending, you’ll need to turn your attention to the receptionist in the background of the scene. You’ll be able to do this after the mysterious masked woman enters the scene and sits down.

If you choose to interact with the receptionist, three dialogue options will appear: “Hello…”, “Um…” and “Let’s go to Atami together!”. As you may have guessed from the title of this ending and the associated achievement, you’ll need to choose the option about going to Atami together, although the other options also provide some amusing dialogue.

Although Tama will advise against it after choosing this dialogue option, after this, you’ll be presented with the same three dialogue options again. Naturally, you should choose the option to go to Atami once more, which will cause Ryuki to assert himself to the receptionist with more confidence. The receptionist will not respond much.

You will be able to choose between the same three options, so for a third time select the Atami-focused dialogue option. After this attempt, the receptionist will respond more positively, asking Ryuki if they’re serious about going to Atami.

If you select the dialogue one final time, the receptionist will agree, unlocking this special ending where Ryuki moves to Atami, a seaside city in Japan known for its hot springs and coastal views.

You’ll be treated to a nice illustration of Atami and some concluding dialogue, ending the game and taking you back to the flowchart menu. From here you can go back to the chapter three investigation section to progress the game as normal.